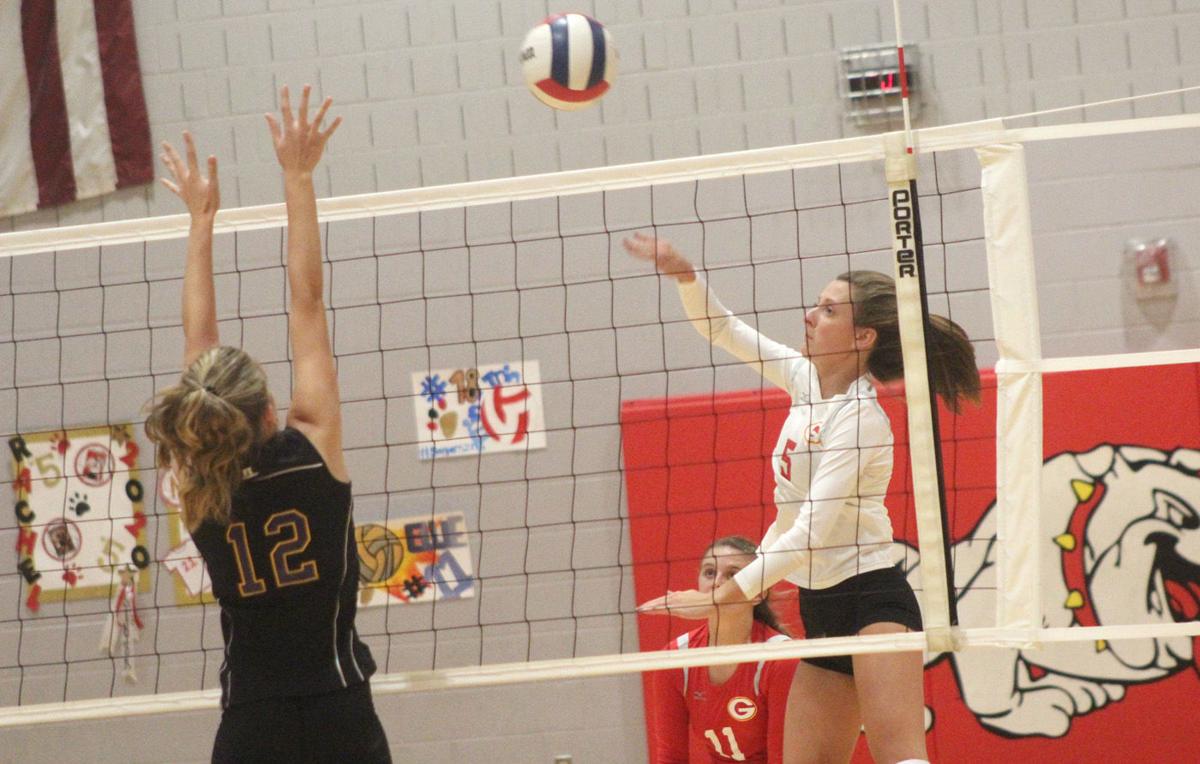 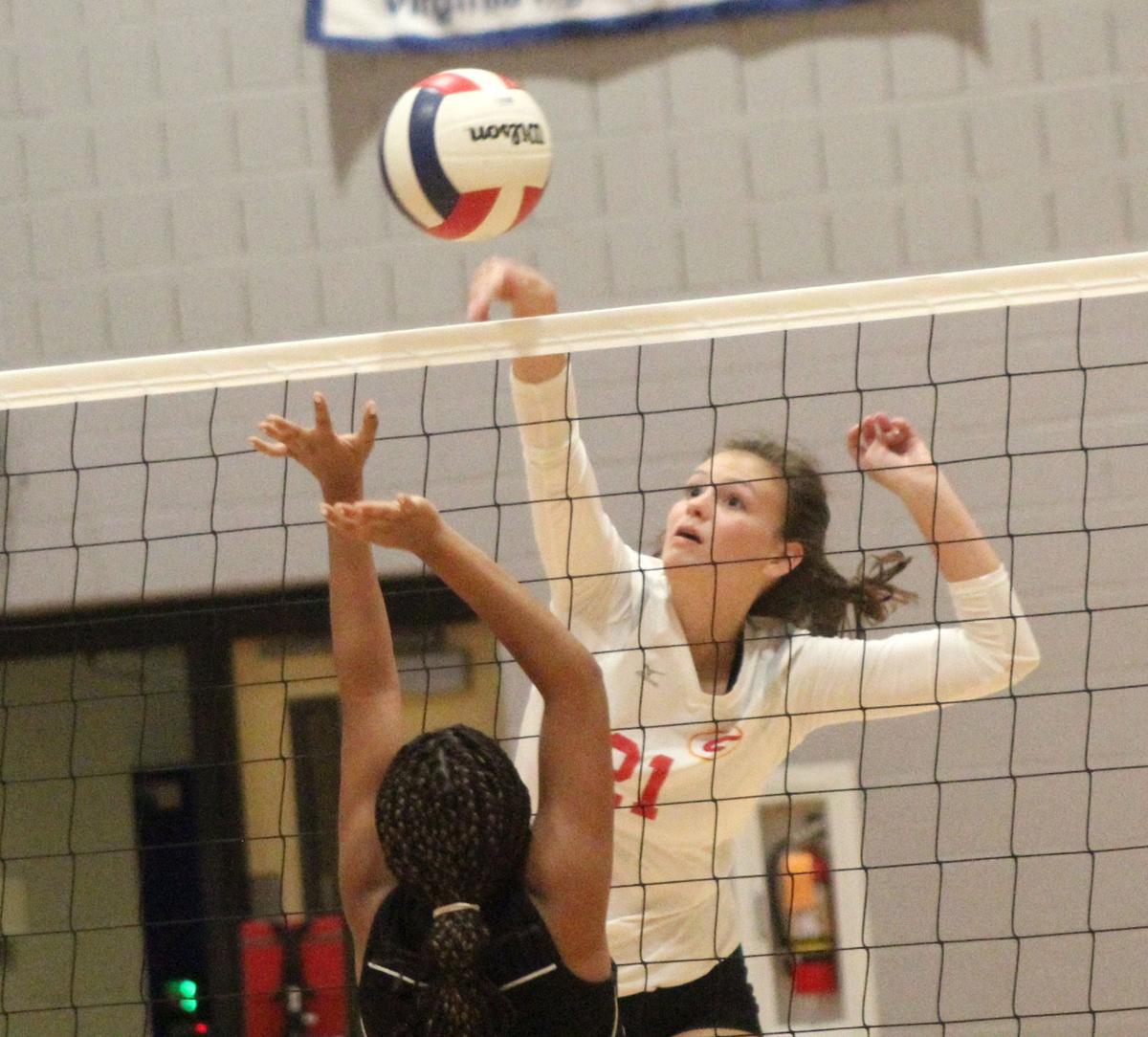 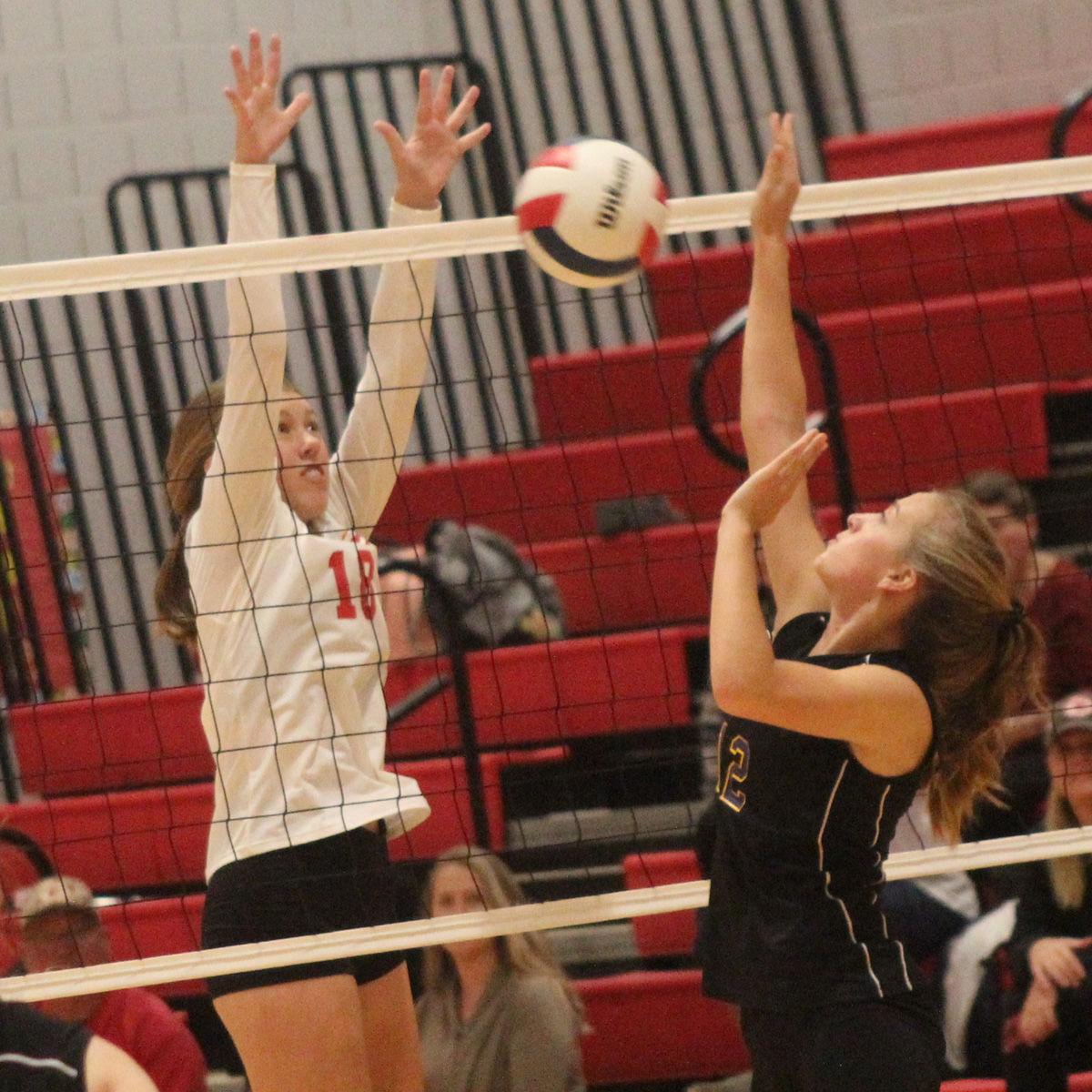 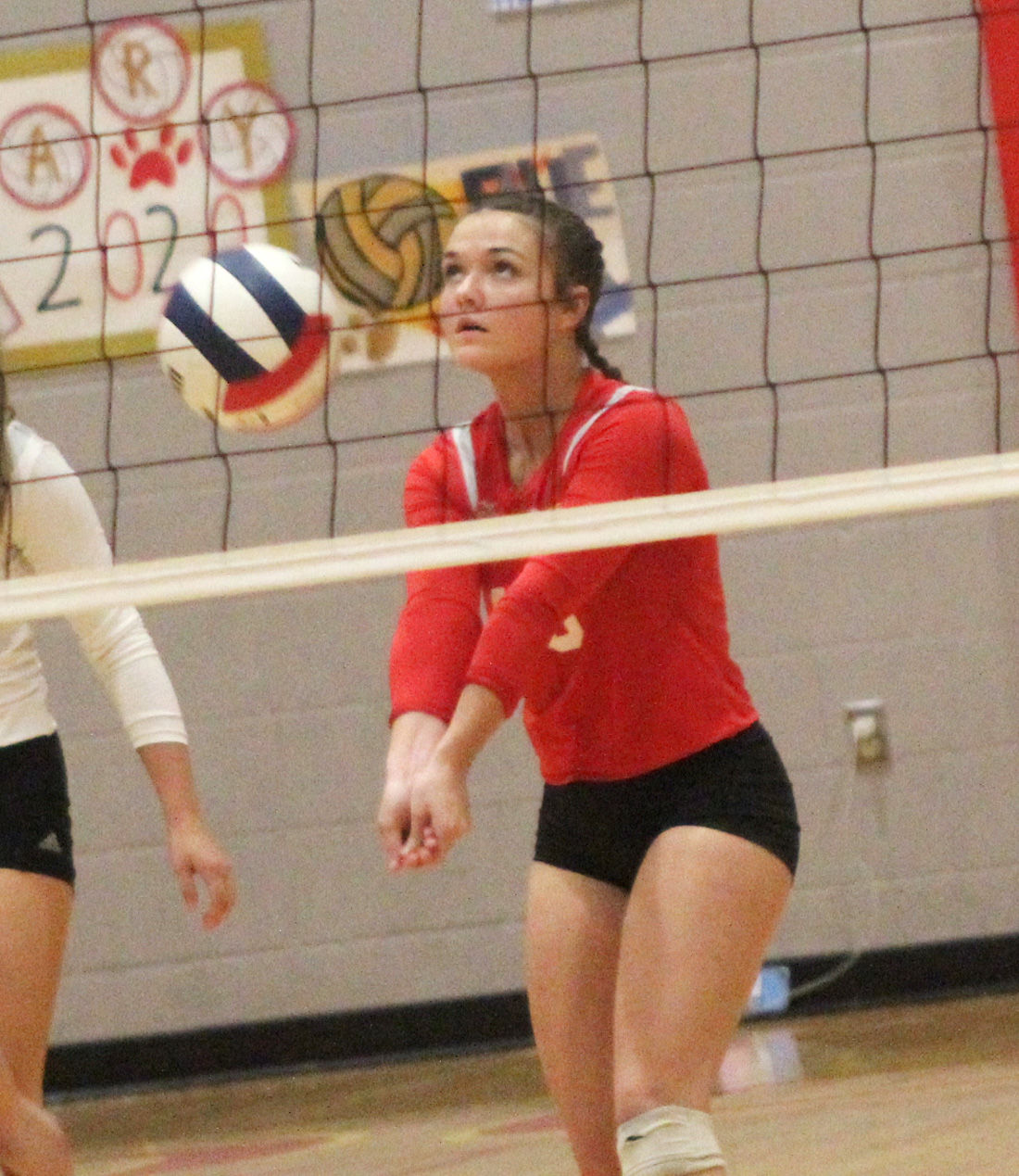 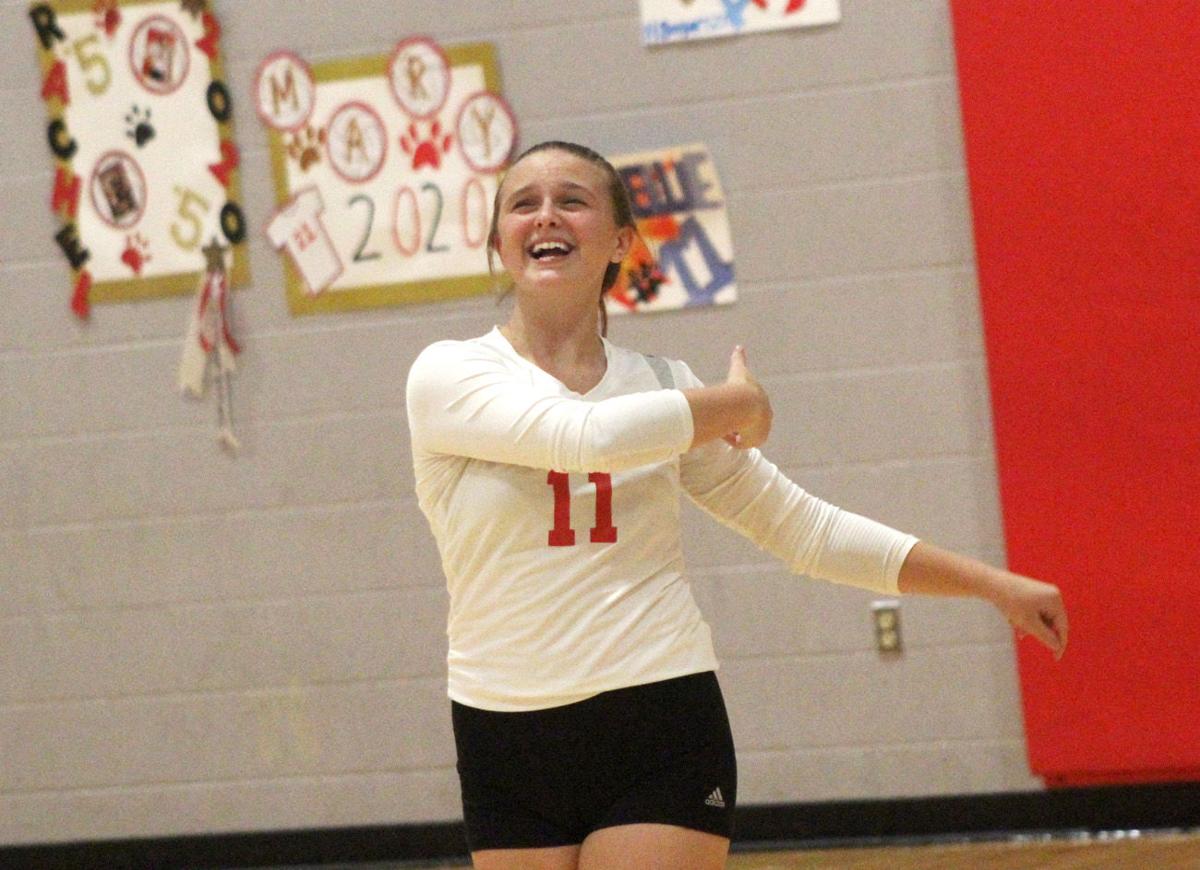 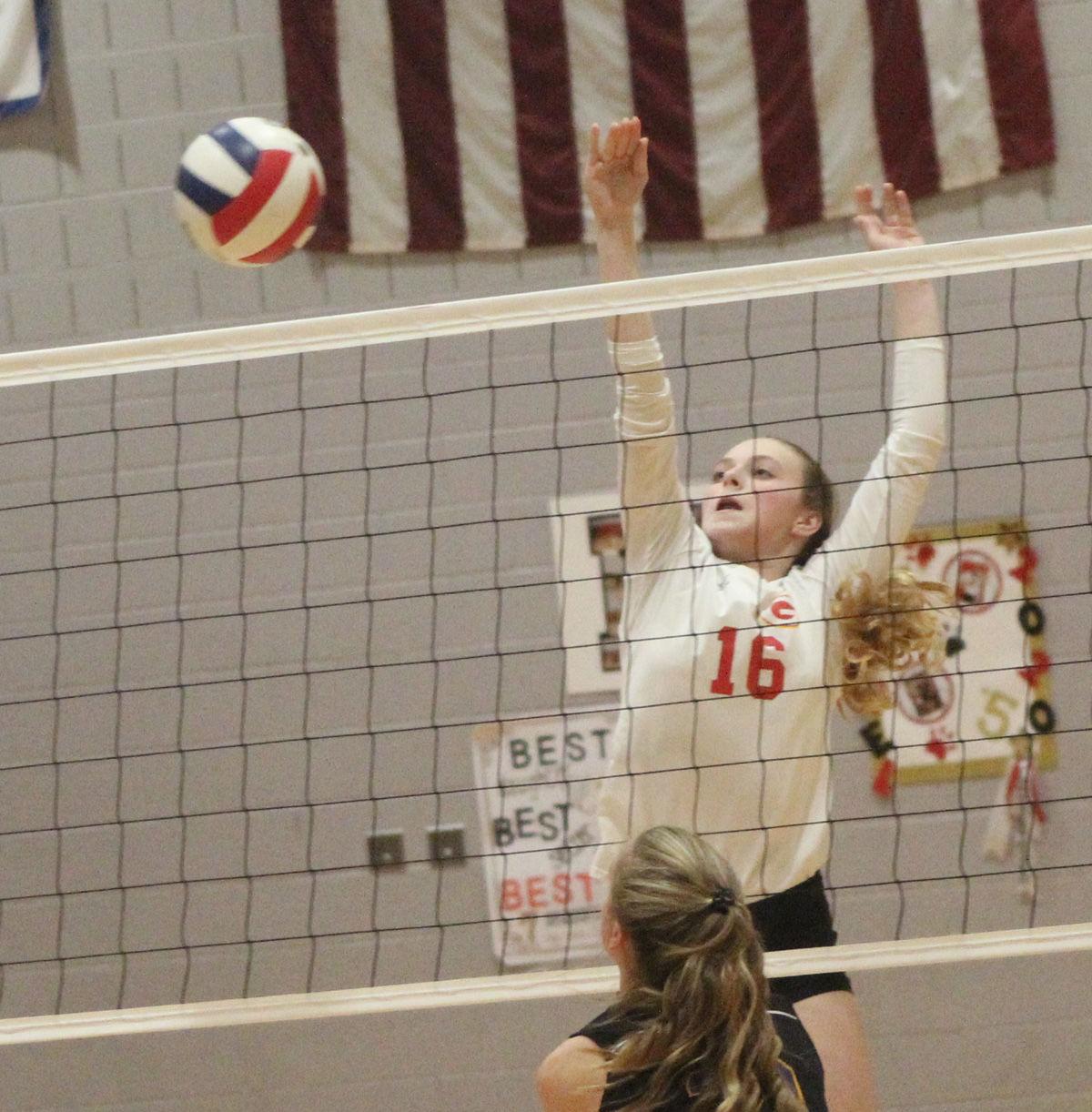 Goochland freshman Nicole Brown (16) blocks the ball for a point.

Goochland freshman Nicole Brown (16) blocks the ball for a point.

GOOCHLAND - Goochland’s Senior Night wasn’t just a showcase of the standout seniors who helped lead the Bulldogs to an unbeaten run in 17 games going into Thursday’s regular season finale at Bluestone. It was also a night featuring highlight plays from its younger student-athletes, who not only are making their presence known now, but also will help comprise a highly talented Bulldogs’ core over the next few years.

The seniors in Monday’s straight-sets win over Central (25-7, 25-10, 25-11) excelled in the same ways that they have throughout the season. Ellie Spencer and Ilaria Russell were there to pick up digs and serve-receives. Setter Trinity Wonderling set up her hitters well, and she flexed her own power on kills and service aces while also going for blocks and digs.Middle Mary King used her height and power to laser the unreturnable spikes on by. Rachel Carter made several successful attacks off her opponents’ hands from the outside edge, and she mixed well into the defensive and setting touches on the ball while also serving for points.

“All of them work really hard and all of them are sort of ready for anything,” Goochland Volleyball head coach Rachel Jacobsen said after the game. “Honestly I can throw all of them into any position at any point and trust that they knew where they were going. It’s not really a concern of mine of: ‘Oh, somebody’s sick or can’t be here.’ Anybody can do all of it. We’ve got a lot of depth, and it’s been a great year for that.”

Alongside them, the underclassmen who played also epitomized their strengths throughout the season. Sophomore Blair Bussells flew from point to point on the court, and freshman Nina Smith continued to showcase her strength by smashing the unreturnable kills onto the opponent’s floor. Goochland (17-0) also saw several attacks for points and effective blocking from freshman Nicole Brown.

“She’s a great player; she’s really aggressive at the net - that was actually something last year on JV we had to work with her a lot, was like: ‘Okay, you don’t have to jump for every ball,’” Jacobsen said smiling. “She’s just so excited to grab it out of the air and just wants to get all of it. She’s a really good player - she’s a lot of fun to be around, too. She’s a great personality on the court.”

And from the looks of it, Jacobsen is surrounded by great personalities on her team.

“They’re a lot of fun,” she said with a chuckle. “They’re a really goofy group and we have a good time.”

Jacobsen said it’s exciting to know the younger players will be there to lead the new, upcoming talent that the Bulldogs will be bringing in. She added they’ve got quite a few JV players who are already varsity-ready, and they’ve got a couple players whom they’re working towards getting up to varsity.

As for Goochland’s 7 p.m. road matchup on Thursday, Jacobsen said: “It’s really good for us to especially end the [regular] season against Bluestone - Bluestone’s really good competition and we’re not sure who we’re going to be seeing come regionals...so it’s really good to be playing a heavy-hitter kind of team right before that to sort of get us prepared...”