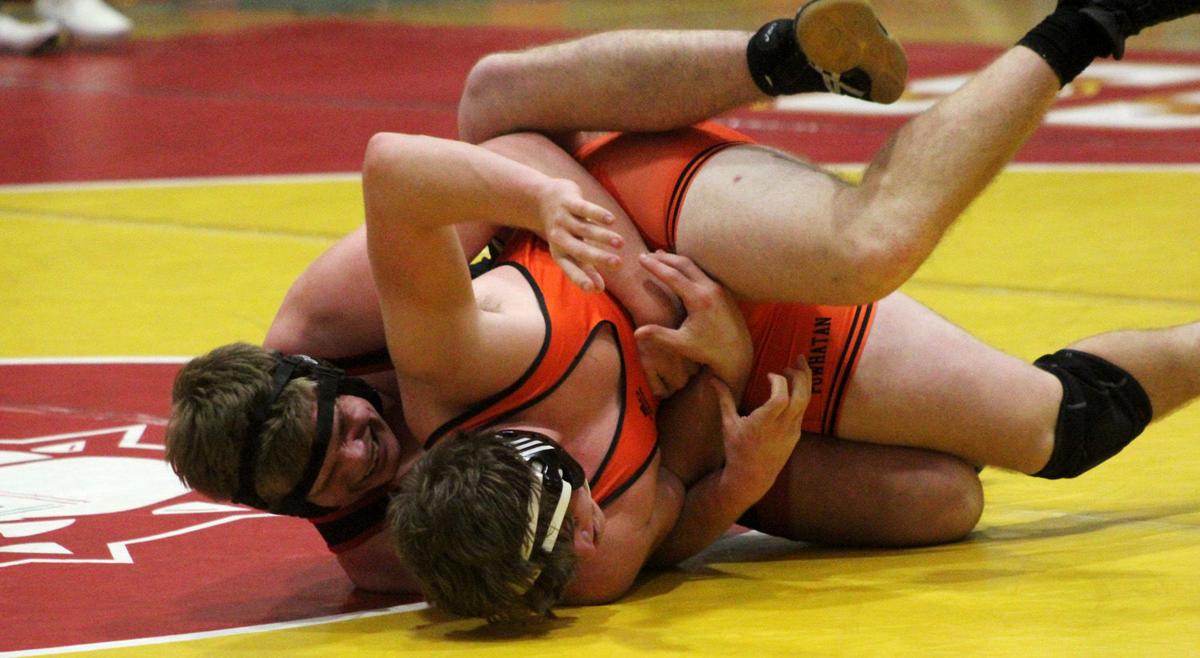 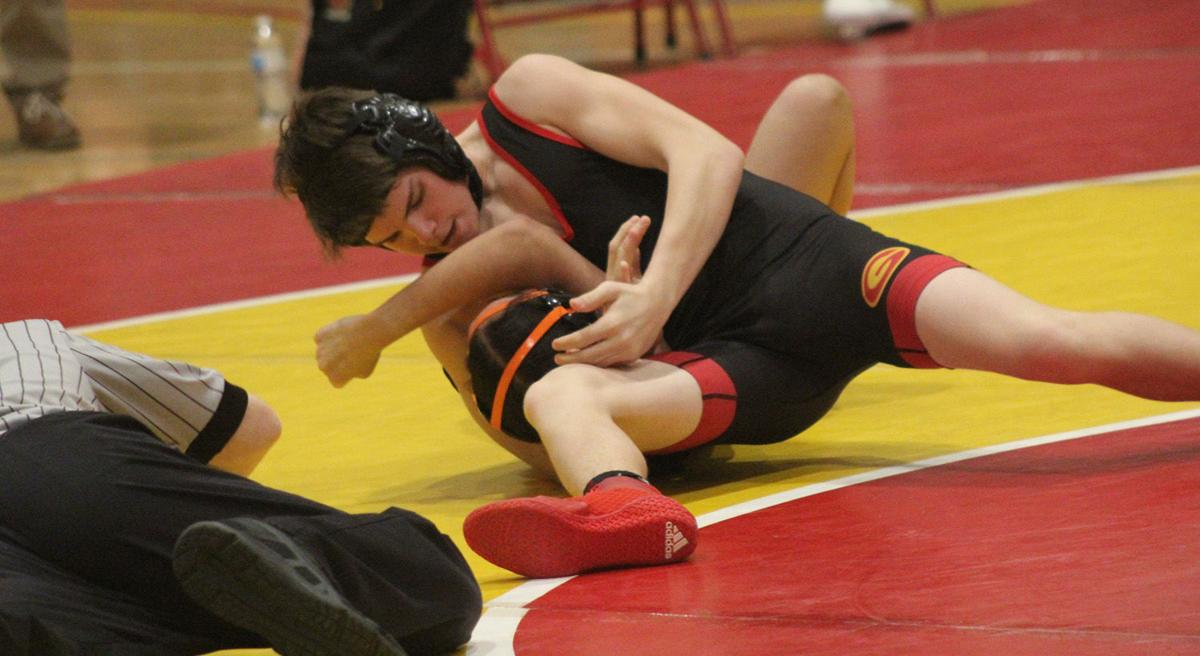 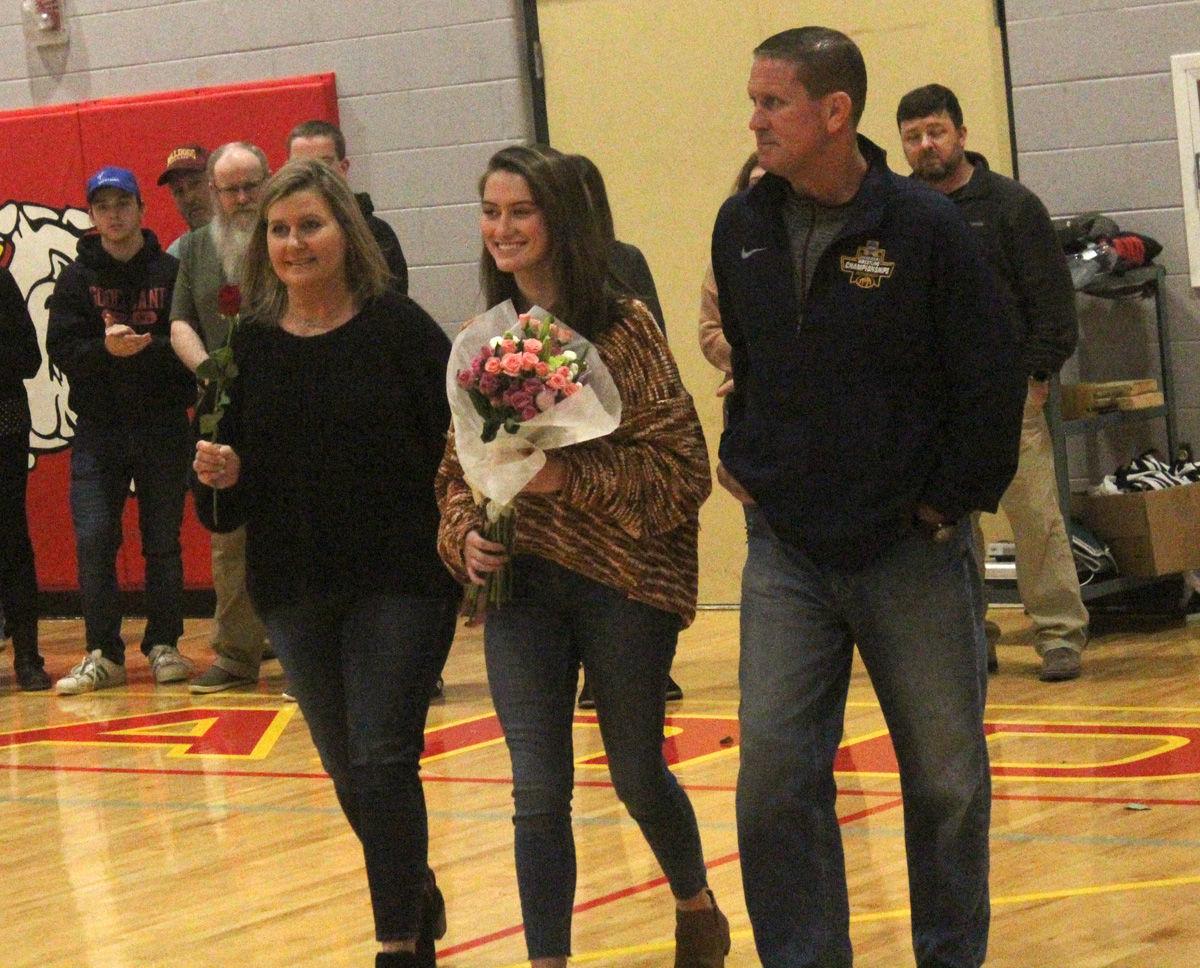 Goochland wrestling manager Bre Johnson (center) was among the seniors honored by the program on Wednesday's Senior Night. 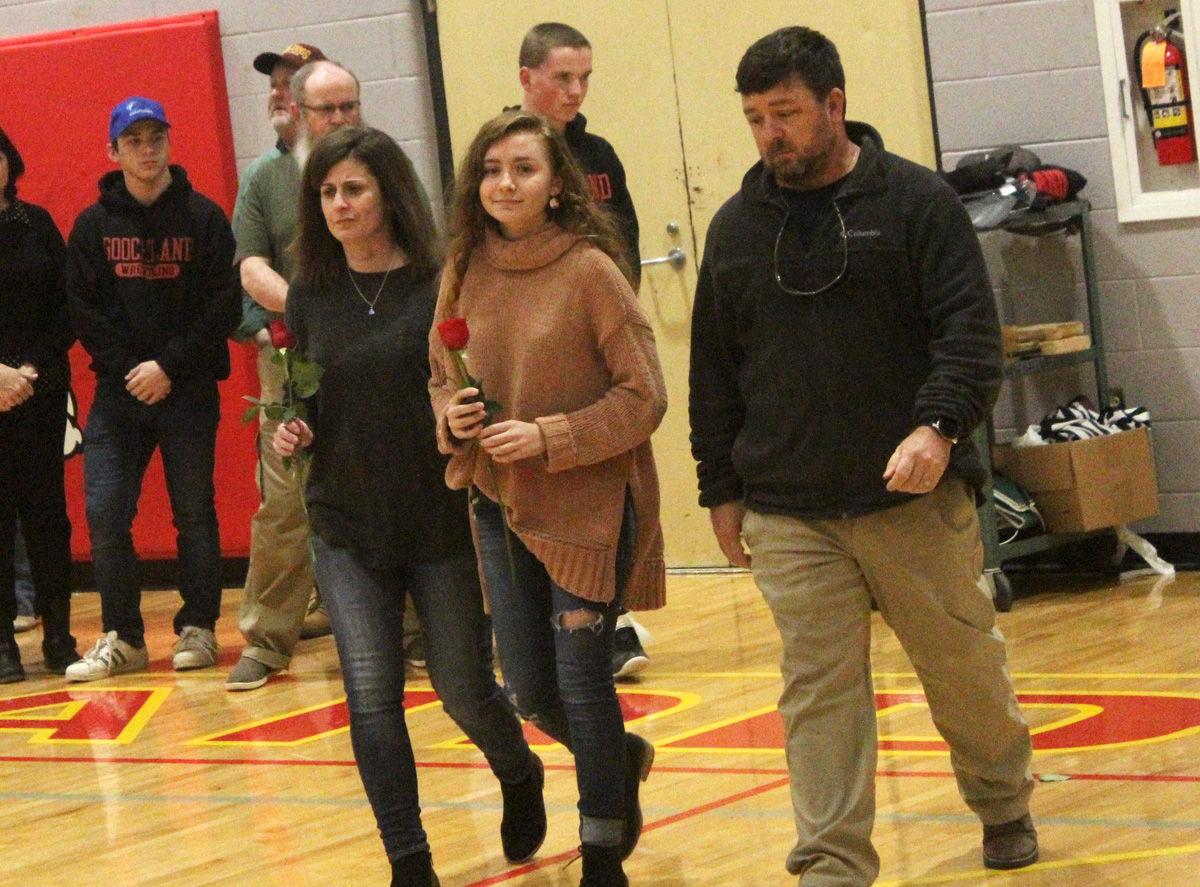 Goochland wrestling manager Rilie Bass (center) was among the seniors honored by the program on Wednesday's Senior Night.

Goochland wrestling manager Bre Johnson (center) was among the seniors honored by the program on Wednesday's Senior Night.

Goochland wrestling manager Rilie Bass (center) was among the seniors honored by the program on Wednesday's Senior Night.

GOOCHLAND - With the team score firmly entrenched in Powhatan's favor, Goochland senior Connor Duncan's sole goal was to go out and get his individual win on Senior Night.

The second team all-state offensive lineman in football was facing a first team all-region tight end in Micah Holt in the 220-pound match of Wednesday's dual, and Duncan's head wrestling coach Mike Nadder figured that Holt had the advantage in wrestling experience.

But Duncan, grabbing an early 2-0 lead on a reversal, stayed tough on top through the first two periods. And then, in the third, he delivered a crucial takedown that gave him insurance against Holt's follow-up reversal and escape to tighten the match.

Duncan grabbed an escape to lead 5-3 late in the third period, but Holt could still tie the match and force overtime. Facing Duncan from the neutral stance with less than 10 seconds remaining in regulation, Holt took a shot...

...and Duncan took advantage to swing around and get on top of Holt, cementing his win by decision with his last-second reversal for a 7-3 score.

"I can't say enough about him," Nadder said of Duncan. "He is so inexperienced, but the way he's wrestling, every match, he gets better and better, and it was obvious that his opponent had a lot more experience than him, but he has just really impressed us as coaches, how far he's come along in such a short time. I feel like he's got a good shot at the regional tournament to place high and possibly get to the state tournament, depends on what draw he might get."

Despite the loss, Nadder was proud of how his Bulldogs wrestled against Powhatan. Goochland still had some wrestlers who were dealing with sickness. That was the case for Alex Thompson (182), who wrestled Powhatan's Hayden Fitzsimmons but lost by pin in the first period.

"He had a tough match tonight, and he wasn't pleased with himself, but I was proud that he went out there...for the team," Nadder said of Thompson.

Blake Smith (126) took a loss by pin in 35 seconds to two-time state placer Sean Hall, who has won multiple invitational championships this year.

"We knew what we were up against, but he went after him," Nadder said of Smith.

Jon Daly (170) took a 10-0 setback by major decision to last weekend's Arrowhead Invitational 170-pound champion Hans Rehme. Daly did, however, show some fight at the end of the match.

"I think if we could've had another minute...I think he might've been able to score some points, possibly pick up what he needed to win," Nadder said of Daly.

"I can't say enough about Bre and Rilie," Nadder said. "Together with my daughter who is in college now, they were our original managers and they were known throughout the district; if there was a question...they always came to the Goochland girls because their books were always right."

The Bulldogs with Wednesday's dual concluded their regular season and will compete in the Class 3, Region B championships the weekend of Feb. 14-15 at Independence High School in Loudoun County.