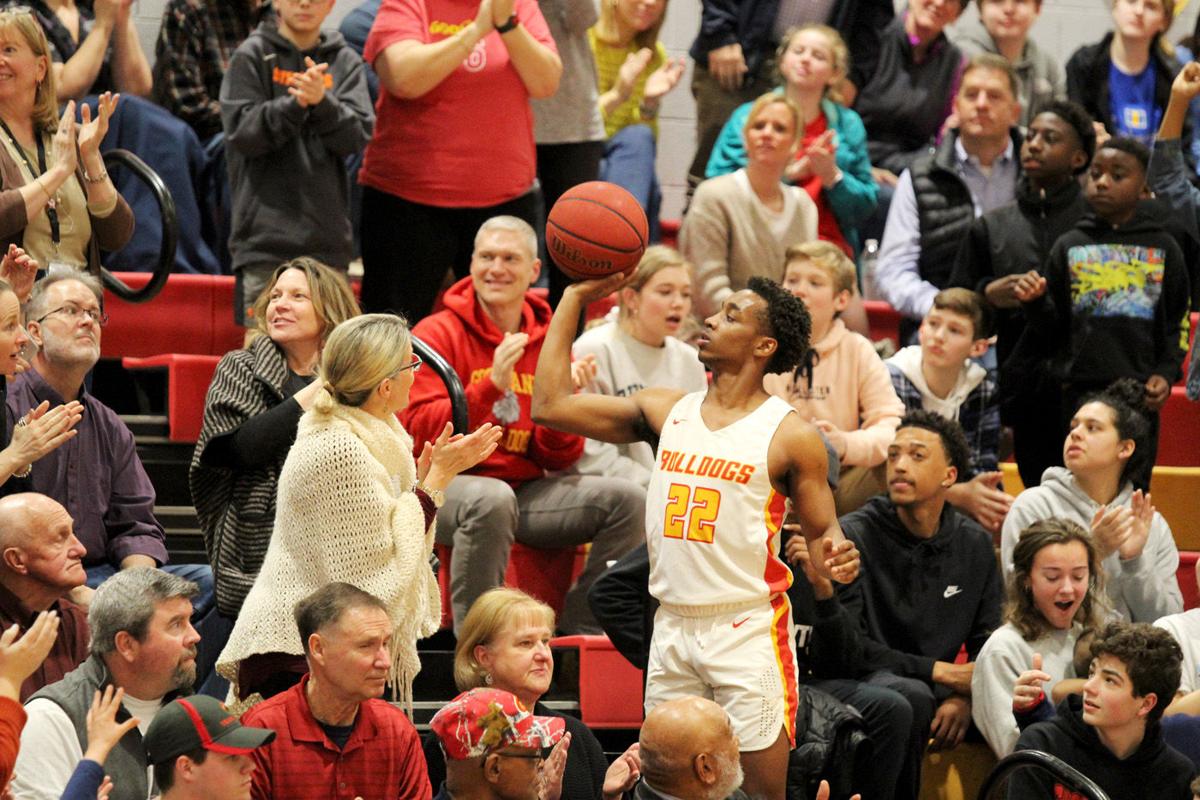 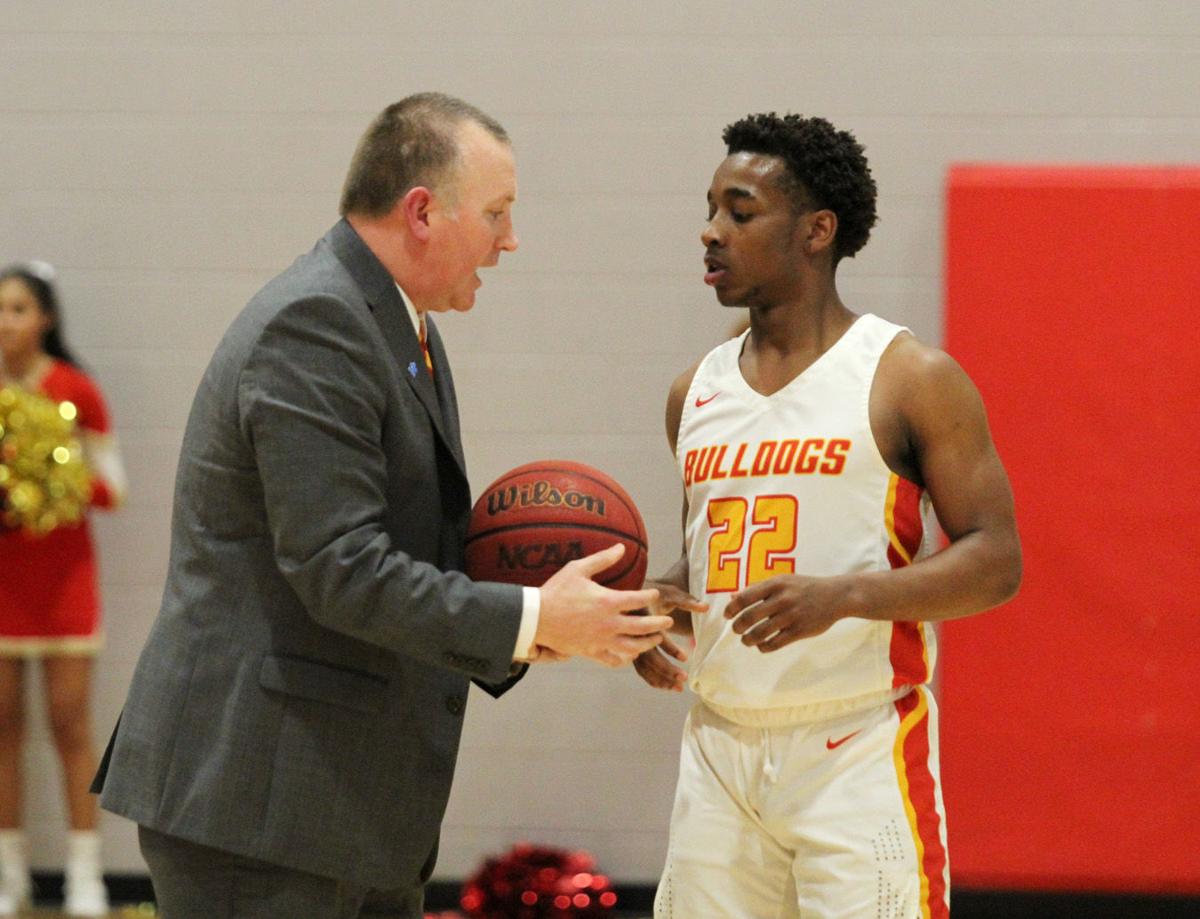 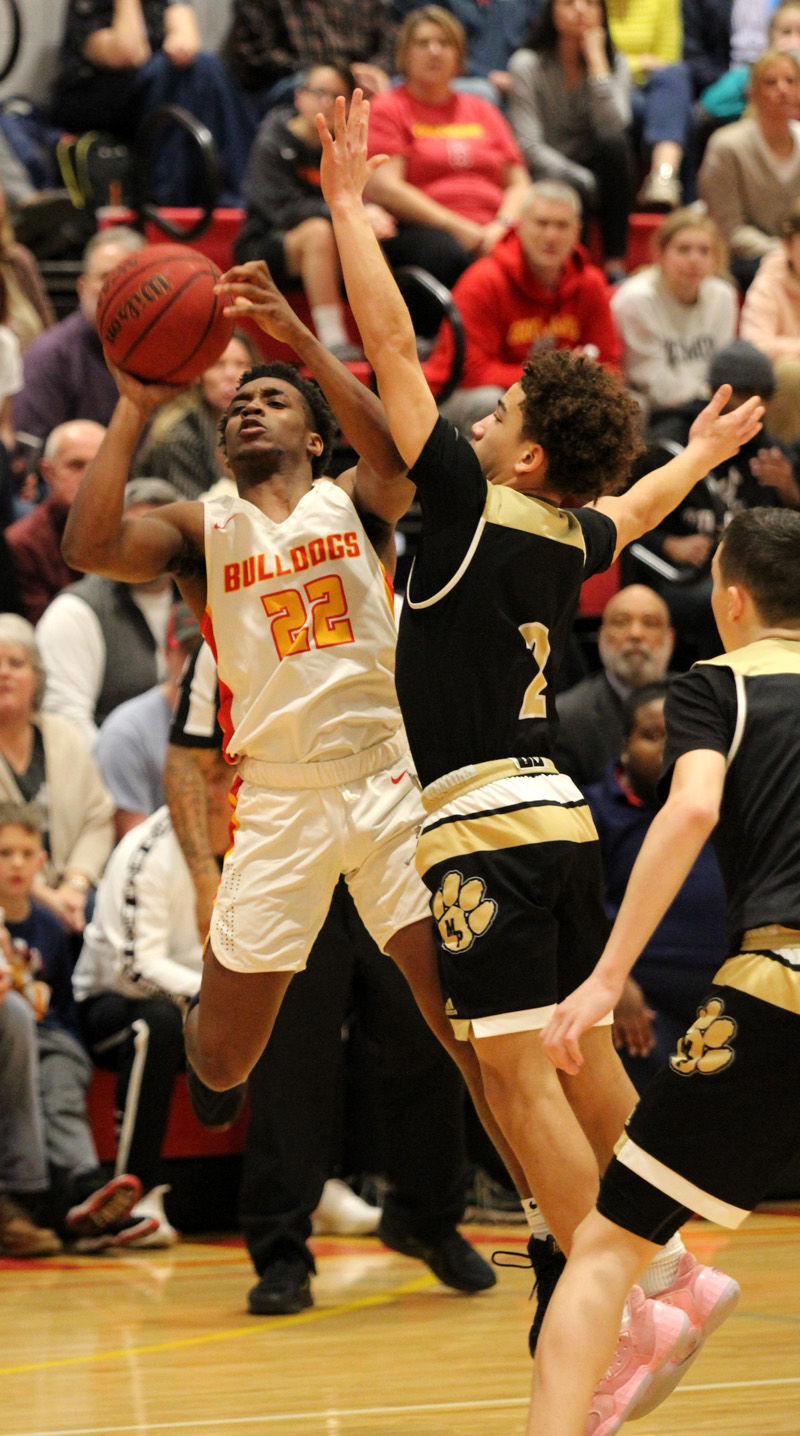 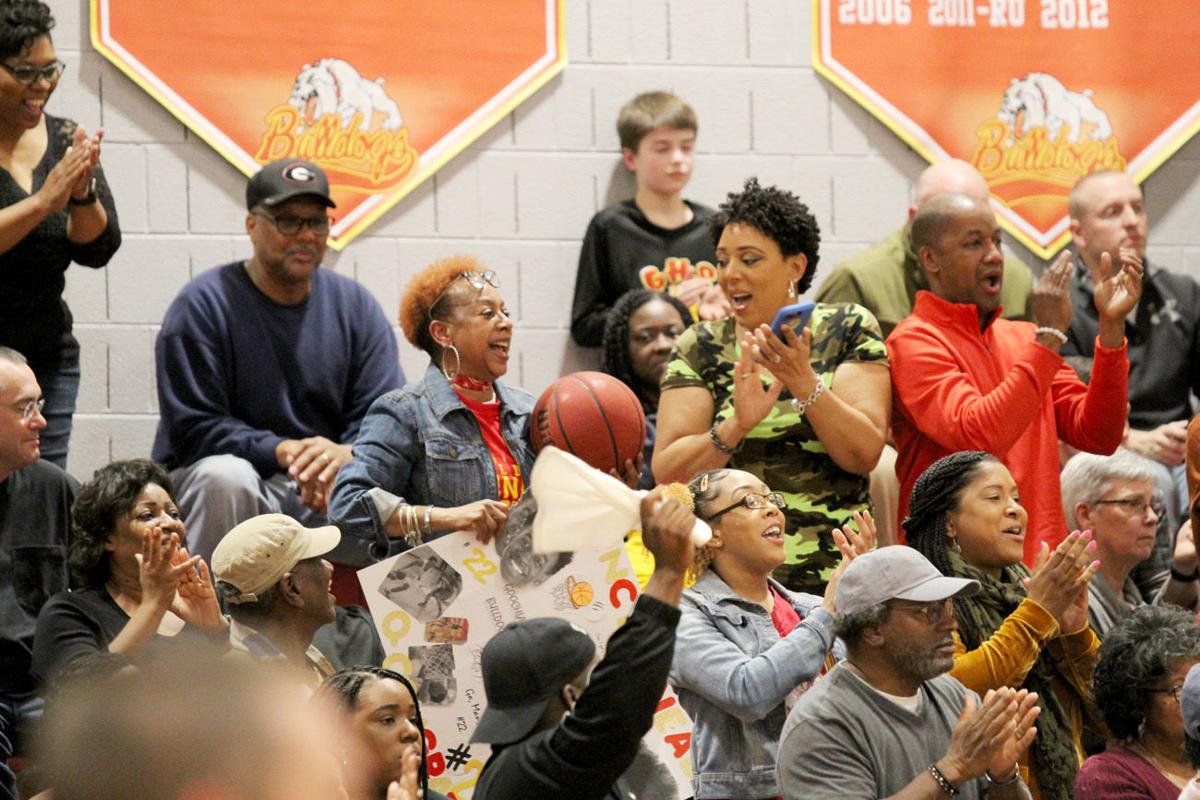 GOOCHLAND – When he stepped onto the court for Tuesday’s Class 3, Region B home quarterfinal alongside his Goochland Bulldogs, senior Quincy Snead thought he was about 6 or 8 points away from achieving a milestone that relatively few high school basketball players get to reach.

But when he hit the 3-pointer for his first basket of the game, he saw his head coach Preston Gordon and others jumping up.

That’s when he knew he had netted his 1,000th career point.

The accomplishment, four years in the making, was another notch in the belt of a multisport standout who’s been playing both basketball and football since he was 5 years old.

He’s been a part of a Bulldogs football program that over the past four years assembled a 51-5 record, reached two state semifinals and played in a state championship game. He helped the Goochland boys basketball team go 80-22 in four years and make history across the 2017-18 and 2018-19 seasons. The Bulldogs in 2018 went the furthest they had ever gone at that point – the state quarterfinals – and then topped that mark in 2019 when they reached the state semifinals.

In his senior football season, he totaled 433 yards and eight touchdowns on 51 carries as well as 259 yards on 24 catches. Across his four years on the basketball court, the 5-foot-9 point guard was able to make plays wherever he was needed.

“He was our leader this year, and he’s done so much for us,” Gordon said. “A lot of the success we’ve had in these past four years is a tribute to what he’s been able to do as a point guard.”

When it came to Snead’s ability to handle the basketball and pressure opposing players, sometimes he’d just get under their skin, Gordon said.

“It’s almost like he’s just nerve-racking because of his defense and how he plays the game,” Gordon said. “He plays with intensity and he’s just so competitive...that’s something that’s been instilled in him for a very long time.”

Snead can block, too. He showed as much when he blocked four shots in Goochland’s Ballin’ 4 a Cure game – a 65-39 win over Nottoway – and denied Cumberland’s last-ditch attempt to score after he was the one who made the final two free throws to propel Goochland past the Dukes, 63-62, in overtime on Jan. 17.

“It really comes from you, your heart – deep down inside,” Snead said. “I grew up in a tough spot, and I’ve been through a lot, so when I step onto the court, I just give it my all. I just let everything out.”

“He’s a guy that you always want on your team, with his fire, with his grit,” Gordon said. “Nine times out of 10, he was the smallest player on the floor, but played with the biggest heart.”

With basketball, Snead loves playing with a smaller group. And he’s had varsity teammates that he’s been playing with since his rec league days.

“Playing with your boys, it’s a great feeling,” he said.

Snead will play for Goochland baseball again this spring, having made the team after contributing to last year’s group primarily as a pinch runner.

Collegiately, he’ll look to continue to play football, with potential schools including Averett, Ferrum and Shenandoah. Snead said that he could play both basketball and football at Shenandoah.

His 1,000th point did come in a game that ultimately saw the Bulldogs fall short of their goals. Manassas Park edged past them 63-61 in the quarterfinals, thus ending their season and drawing Snead’s outstanding high school career to a close.

He was part of a large senior class that contributed to the boys basketball team’s 18-6 year in 2019-20 in a variety of ways. That class included players Walker Murray, NyJavion Timberlake, Jackson Raines, Kyin Carter, Kindrick Braxton and Khalil Holman and manager Benjamin Cox.

“You can’t control everything, you can only control what you can and what’s right there in front of you, and I know one of the things that he did control was his effort,” Gordon said of Snead. “That’s one of the things we as a coaching staff, we try to preach every day, is you’ve got to put forth the effort every day.

The biggest part that Goochland’s players, both returning and incoming, need to take away from what Snead has been able to contribute to the basketball program is his passion, Gordon said. For Snead, being a part of Goochland boys basketball was a great experience.

“It was a special group of people,” he said. “I wouldn’t want to be with another group. It just taught me a lot of lessons that I can take outside of the sports – just for life.”

The senior is grateful for the Goochland community and for everyone who supported him throughout his journey.

After he netted his 1,000th point, Snead took the ball over to the home stands, and he tossed it up to his mom, Regina Cooley.

“Just the look on her face, it made me smile, too,” Snead said of his mom. “I made her proud, and just seeing her reaction lifted me up.”