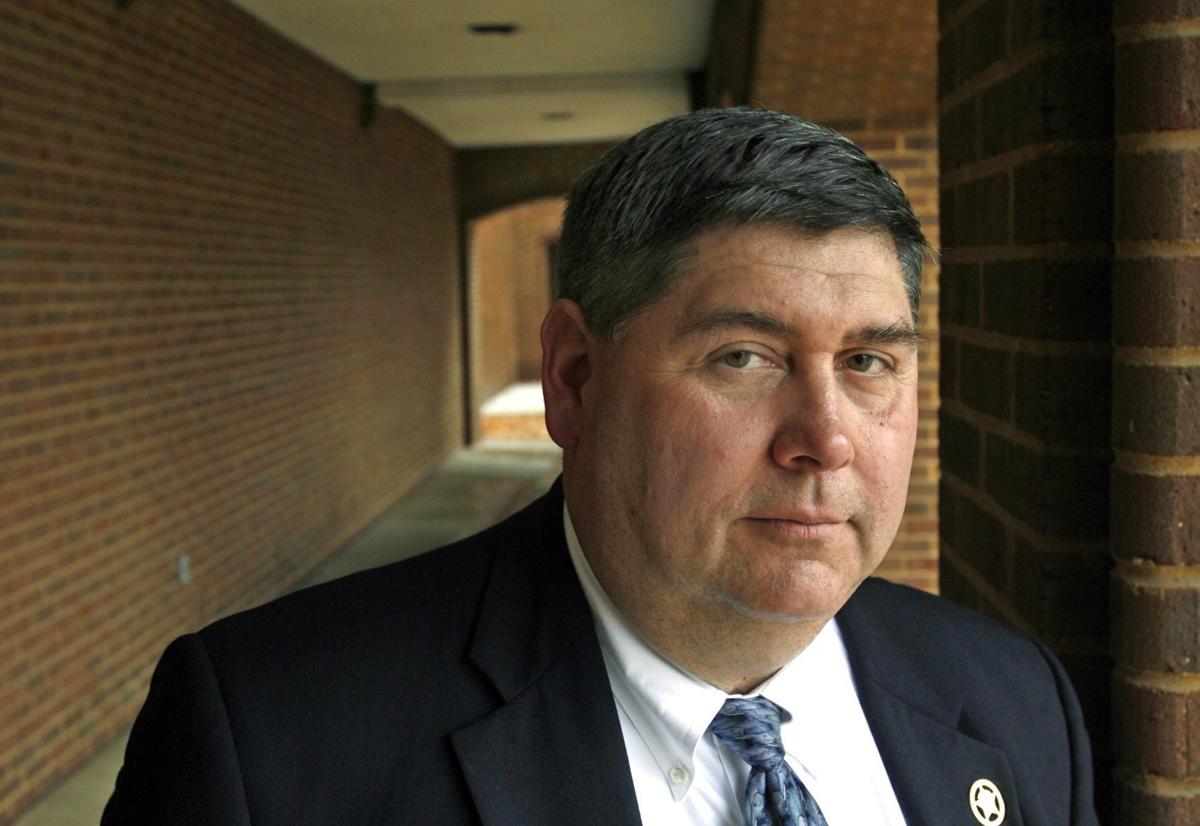 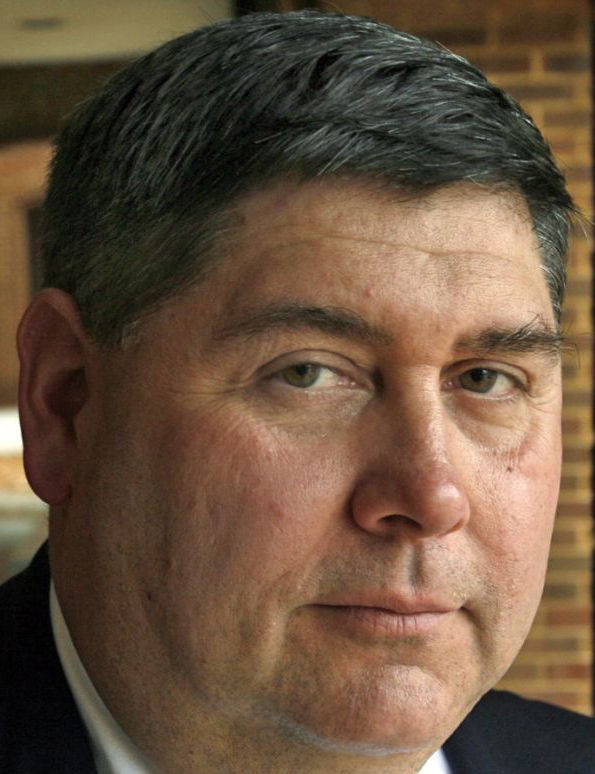 A federal lawsuit filed against Henrico County Sheriff Michael Wade was recently settled in a closely watched case involving an illegal immigrant from El Salvador who sued after he was held in the Henrico Jail for immigration authorities beyond his scheduled release for drunken driving.

The terms of the settlement remain confidential, both parties say, but the attorney representing immigrant Jaime S. Alfaro-Garcia said Virginia localities are “now on notice” regarding the issue of holding jailed immigrants on detainers issued by U.S. Immigration and Customs Enforcement.

Immigration attorney Jacob Tingen said jail officials in Virginia “should review their detention policies to ensure they don’t violate the constitutional rights of both citizens and immigrants.”

“We’re prepared to bring similar cases in the future if necessary,” Tingen added. “Just because you’re not here with lawful status doesn’t mean you surrender (constitutional) rights or due process.”

Alfaro-Garcia, who remains in the U.S. as his immigration case lingers, may receive a monetary award as a result of his detention. Don LeMond, director of Virginia’s Division of Risk Management, confirmed that Alfaro-Garcia has a pending claim against the state.

The case has significant implications for Virginia sheriffs and other officials who operate jails across the state. Many feel they are caught between cooperating with immigration authorities seeking to deport illegal immigrants charged with or convicted of criminal offenses and immigrant-rights advocates who are challenging the constitutionality of keeping immigrant prisoners detained after they would otherwise be released.

“This is an issue that is closely watched by all sheriffs and the Virginia Sheriffs’ Association,” said John W. Jones, the association’s executive director. “While the VSA has not taken a position on ICE detainers, most sheriffs have declined holding ICE detainees without a warrant.”

The detainer issue has created friction between some local and regional jailers in Virginia and the U.S. Department of Homeland Security, which at times has publicly censured specific U.S. localities as being “noncooperative” because they declined to hold immigrant inmates beyond their scheduled release.

In seeking further detention , ICE will issue a federal detainer that “requests” an immigrant be held for an additional 48 hours.

Acting on an executive order signed by President Donald Trump, Homeland Security began posting online for public scrutiny an ICE removal and enforcement operations report that lists the localities that ICE says are not cooperating or have declined to honor detainers.

In the three reports issued so far, covering the period of Jan. 28 through Feb. 17, the Chesterfield County Jail, Henrico Jail, Richmond City Justice Center, Riverside Regional Jail and Pamunkey Regional Jail have been listed at least once as noncooperative for declining to honor ICE detainers.

The immigrants sought by ICE from those jails were either charged with or convicted of rape, forgery, prostitution, assault or drunken driving and were natives of Guatemala, El Salvador and Honduras, according to the federal agency.

Jones said the Virginia Attorney General’s Office has been meeting with ICE to advise that Virginia “is much further advanced with notifying ICE of detainees than most other states.”

“Those meetings have been very productive in ensuring that there will be no consequences for Virginia’s localities,” he said.

The Trump administration has threatened to punish communities that refuse to cooperate with efforts to find and deport immigrants in the country illegally by revoking coveted grant money for law enforcement.

In Virginia, Chesterfield is one of only two localities in the state — the other is Arlington County — that has been labeled by Homeland Security as “restricting” its cooperation with ICE. That designation is related to Chesterfield Sheriff Karl Leonard’s decision nearly three years ago — based on advice from the county attorney — to no longer hold immigrant inmates for 48 hours beyond their scheduled release.

“That’s the specific reason why I’m being cited as uncooperative,” said Leonard, who has discussed the issue with ICE.

“Throughout the country, sheriffs are very frustrated because we’re all being asked to do the same thing — not just in Virginia,” Leonard said. “The federal government is asking me to intentionally violate somebody’s civil rights and detain them without proper documentation.”

If ICE provides a legal arrest warrant or an order of detention signed by a federal judge or magistrate to detain an immigrant prisoner, “we absolutely will do that,” Leonard said.

The Chesterfield Jail now holds immigrant inmates for only two hours after their scheduled release, which Leonard said is roughly the time it takes to process them out of the facility. “If (ICE agents) can get here in two hours, come down and pick them up,” Leonard said. “You can get to us from pretty much anywhere in the state in two hours.”

In the spirit of cooperation, Chesterfield jail officials notify ICE well in advance of an immigrant inmate’s scheduled release.

ICE spokeswoman Carissa Cutrell said detainers serve as a “legally authorized request” that law enforcement agencies can rely upon “to continue to maintain custody of an alien for up to 48 hours so that ICE may assume custody for removal purposes.”

All ICE detainers are submitted with an accompanying administrative arrest warrant or warrant of removal, depending on the circumstances of the case, she added.

But Leonard said ICE has simply renamed what was formerly termed a “request to hold” to an “arrest warrant.”

“The problem is that no one official signs it — not a federal judge, not a federal magistrate — so it is a worthless piece of paper unto itself,” the sheriff said. “All we are asking for is legal authority to hold. Just have a judge or magistrate sign it, and we will be happy to hold.”

Several federal court decisions in recent years have found key aspects of ICE’s detainer system unconstitutional. Last October, for example, the U.S. District Court of Northern Illinois ruled that all ICE detainers issued by the Chicago field office were invalid and that detainers on immigrants in local custody generally exceeded their authority to arrest without a warrant.

“There’s not a single court in the nation that has ruled that (ICE detainers) are mandatory,” Tingen said.

In January 2015, Virginia Attorney General Mark R. Herring issued a legal opinion that said an ICE detainer is merely a request. Detainers do not create for law enforcement a legal obligation, or provide them the legal authority, to maintain custody of an immigrant inmate who is otherwise eligible for release, Herring wrote. Consequently, all inmates with fixed release dates should be discharged.

In the Henrico case, Alfaro-Garcia filed suit against the sheriff and jail in June 2015 — about two years after he was arrested on June 10, 2013, on charges of drunken driving and driving without a license. He was sentenced to serve one month in jail and, after completing his sentence on July 17, 2013, he was held for an additional 48 hours pursuant to an ICE detainer, according to his suit.

But after the 48-hour detainer period expired, Alfaro-Garcia was held for an additional 12 to 14 hours, the lawsuit says. He was ultimately released around July 20, 2013.

The lawsuit says the sheriff’s policy of holding immigrant inmates for the additional 48 hours requested by ICE is in violation of their constitutional rights.

Cutrell, the ICE spokeswoman, said ICE lodged a detainer on Alfaro-Garcia with the Henrico Jail on June 10, 2013, but later lifted the detainer when an officer was not able to take custody of him within the specified 48 hours.

Immigration officers then arrested Alfaro-Garcia on Aug. 14, 2013, on immigration violations and took him into custody. On Sept. 26 of that year, an immigration judge granted him bond, and he was released the next day.

“His immigration case is ongoing,” she said.

Said Tingen, his attorney: “We expect him to ultimately obtain a green card and live a peaceful life in the U.S.”

Contacted last week, Sheriff Wade said he could not comment on the suit’s settlement because of a court-ordered confidentiality clause. A court filing that ended the case says both sides have reached a mutually agreeable settlement and that each will pay its own costs and attorneys’ fees.

When asked about his immigrant detention policy, Wade said the jail does not currently hold immigrant inmates for ICE beyond their scheduled release date without a warrant. But he declined to say whether the detention policy changed as a result of the lawsuit or when it went into effect.

Chesterfield is one of only two localities in the stat that has been labeled by Homeland Security as "restricting" its cooperation with ICE. That designation is related to Chesterfield Sheriff Karl Leonard's decision nearly three years ago to no longer hold immigrant-inmates for 48 hours beyond their scheduled release.