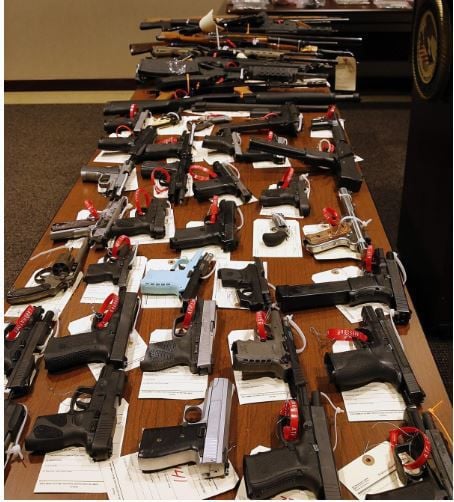 in October, federal authorities displayed a collection of 60 firearms that they said were seized from High Society Hit Squad members and associates during a crackdown on drugs, firearms and violence in Petersburg. 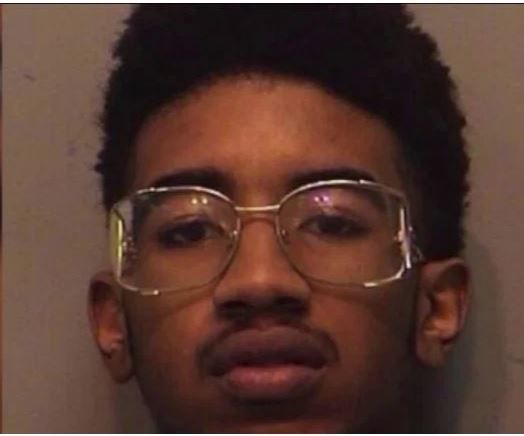 A member of the High Society Hit Squad, a gang responsible for “pushing poison through the veins of Petersburg,” was sentenced to serve six years in prison for possessing a firearm just five months after he pleaded guilty to shooting a man who is now paralyzed for life.

Daekwon Castelle, also known as Dae Stackcz, 22, a former Petersburg High School athlete, was sentenced in U.S. District Court to 71 months in a federal prison for possessing a loaded, .45-caliber semiautomatic pistol after having been convicted of a felony.

Castelle was arrested in September 2019 on the gun charge, nearly five months to the day after pleading guilty in Petersburg Circuit Court to malicious wounding for shooting a man who now uses a wheelchair.

Castelle received a five-year suspended sentence; he served 13 months while awaiting trial. An accompanying firearm charge was withdrawn by prosecutors.

Castelle, a father of three young children, also was charged at 18 with first-degree murder in a Feb. 28, 2016, killing in Petersburg, but a jury later acquitted him of the offense.

Authorities said Castelle was a member of the High Society Hit Squad, also known as H$2X, a notorious gang that federal authorities last year said was responsible for pushing heroin and fentanyl to a community “already on the brink, just to line their own pockets ... in the midst of an opioid crisis.”

The gang also trafficked in firearms and was responsible for numerous acts of violence in Petersburg, authorities said.

During Thursday’s sentencing hearing in U.S. District Court in Richmond, testimony showed that between April 2019 and the day Castelle was arrested in September, he distributed cocaine, heroin, fentanyl, pills and marijuana, and that he was often armed while dealing drugs.

When Castelle was arrested on Sept. 10, 2019, by the U.S. Marshals Service Fugitive Task Force on outstanding felony warrants, an officer discovered a .45-caliber pistol between the driver’s seat, where Castelle was sitting, and the center console. The gun was loaded with a round in the chamber, according to the prosecution’s statement of facts.

A search of the vehicle turned up a baggie containing 2.53 grams of fentanyl and nearly $800 in cash. Castelle later admitted in an interview with federal law enforcement agents that he had been in possession of the gun for about one week.

According to his attorney’s sentencing memorandum, Castelle was an athlete at Petersburg High who played football and basketball, but he was removed from school during his senior year after being incarcerated. He suffers from significant substance abuse issues and heavily used Percocet, oxycodone and heroin, according to court documents.

His mother began to abuse drugs during the first three years of his life, and he was removed from her custody and placed with his grandmother.

The defense urged a downward departure from federal state sentencing guidelines, which called for a term of between 46 and 57 months, because of Castelle’s youth and lack of maturity.

Prosecutors urged an upward variance of 71 months in prison.

“The defendant’s involvement in violent crime, and his release from incarceration and continued involvement in criminal activity — to include both drug trafficking and firearm possession — shows that he has made adult decisions and lifestyle choices, and these decisions are not the result of a singular youthful indiscretion or a singular event evincing” poor judgment, prosecutors said in their sentencing memorandum.

Why is this person out on the street, with all his prior violations?, this guy should be in jail for life. Here is yet ANOTHER demonstration of Democrats, who totally run Virginia, giving dangerous, violent, repeat offenders a pass, again and AGAIN, and as far as firearms, the Democrats just don't care about violent Felons and gangs having firearms, but NO firearms for law abiding taxpaying citizens........Democrats have long been the party that coddles criminals and gives parole to murderers, rapists, cop killers and other very violent repeat offenders, at the expense of all Virginians........Democrats, they just don't care.

Glad the Fed's sentenced him as Virginia's Circuit Courts are getting weaker all the time on sentencing!

"An accompanying firearm charge was withdrawn by prosecutors."

So let's let a known armed drug dealer who's gang is notorious for violence, drug dealing and firearm trafficking off easy. And we need more firearm laws why? So prosecutors can dismiss those charges, too?