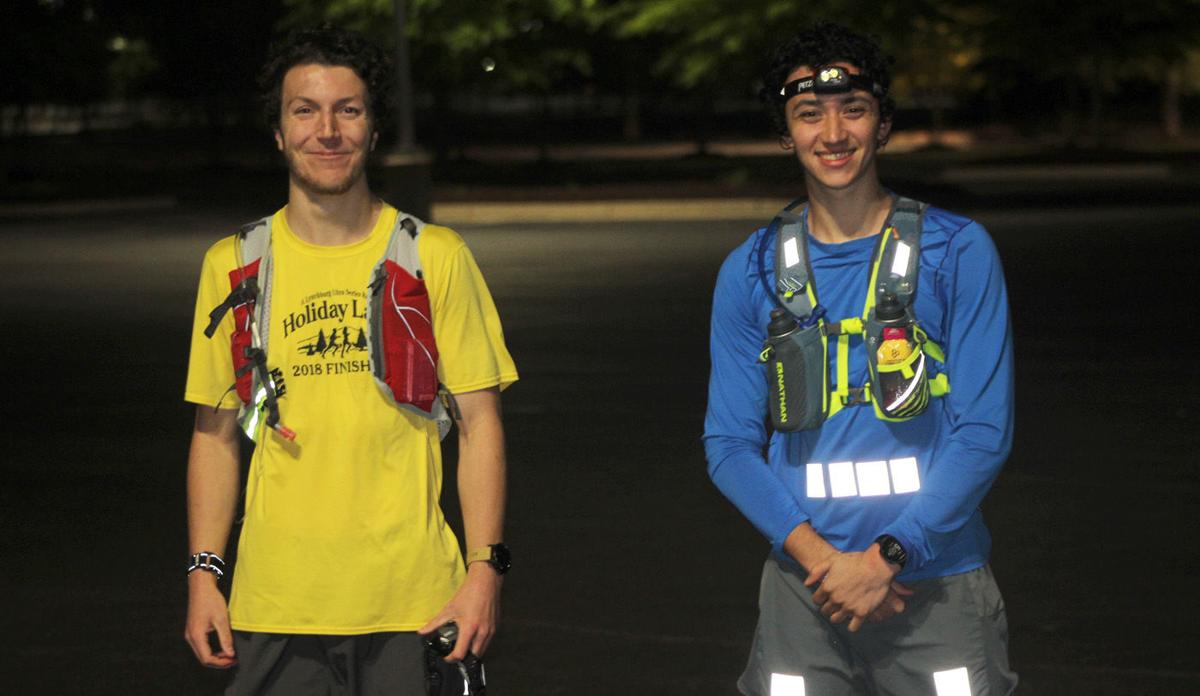 Powhatan High School alumni Logan Allen and Will Paxton after completing their overnight 26.2-mile marathon, which took them across Powhatan County. 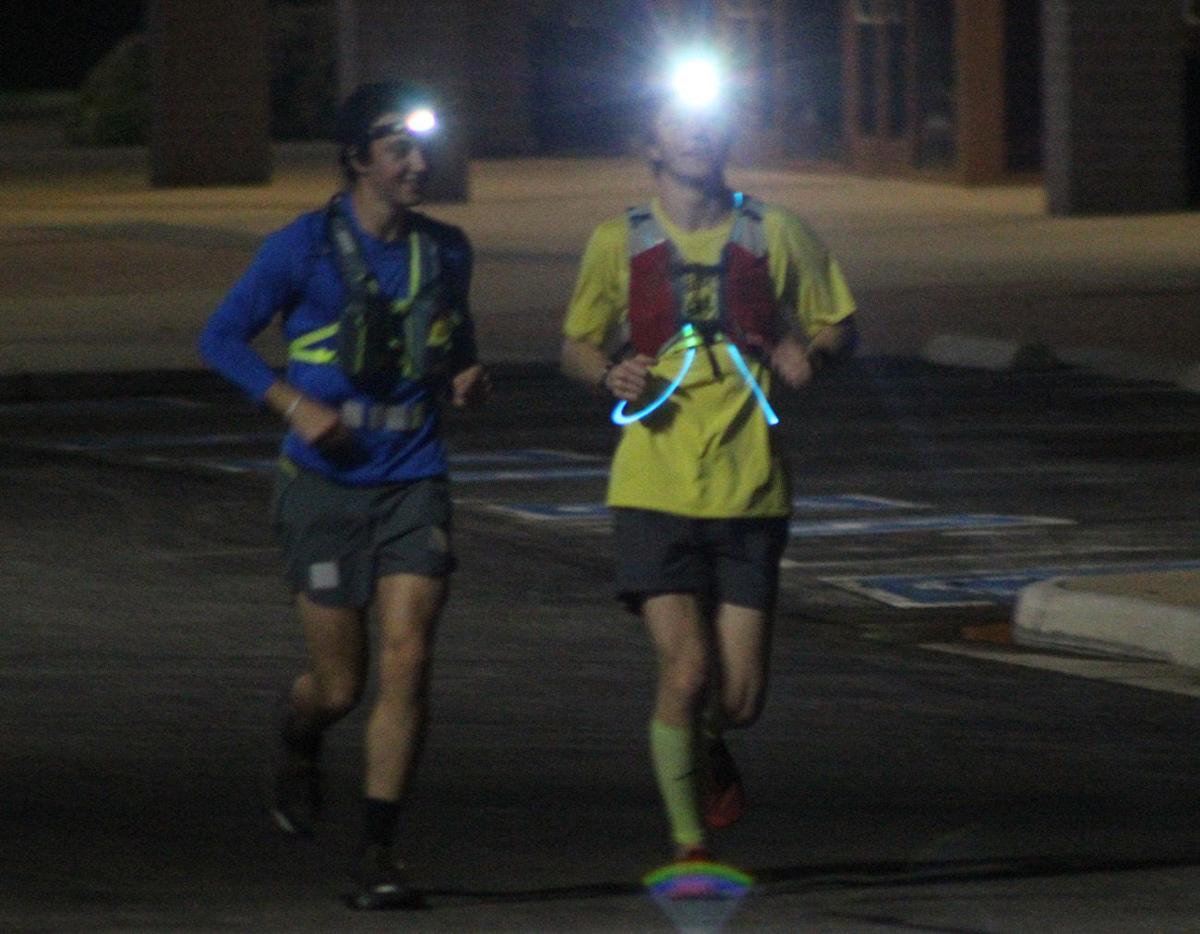 Powhatan High School alumni Will Paxton (left) and Logan Allen run the final stretch of their overnight 26.2-mile marathon, which took them across Powhatan County. 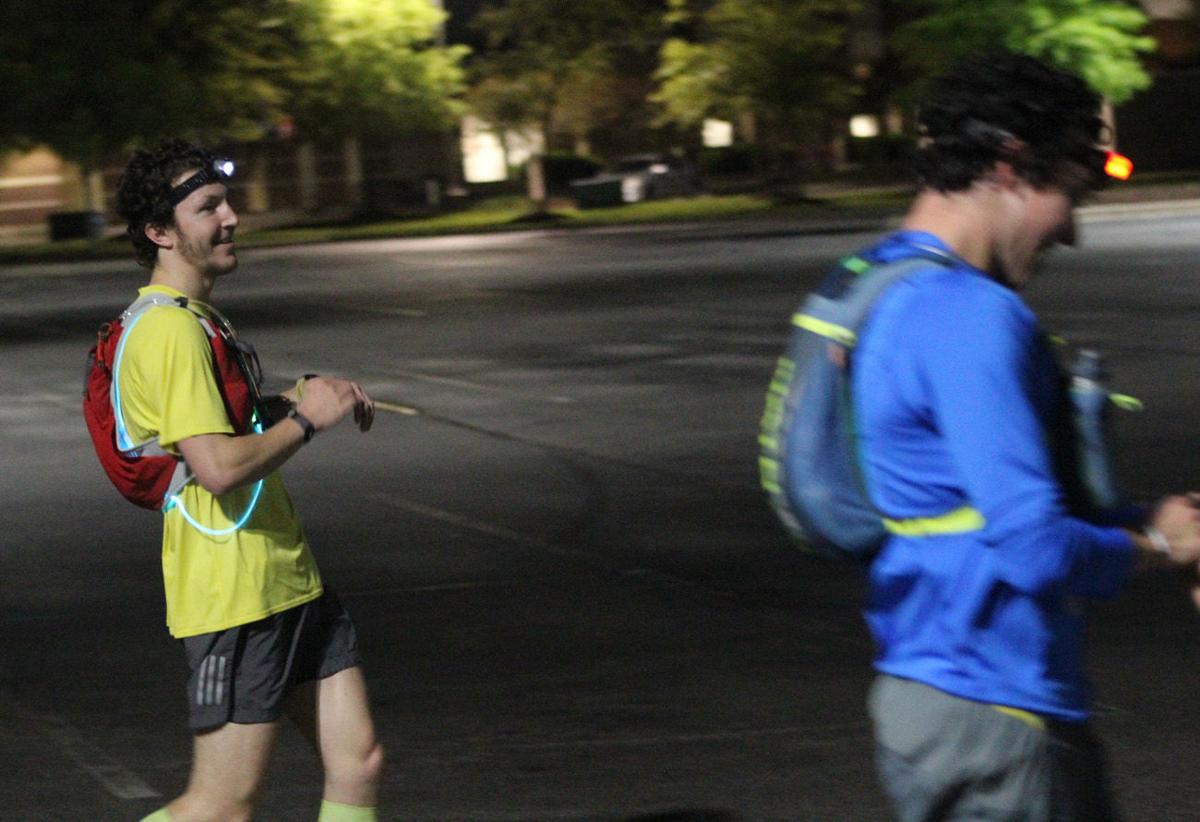 Powhatan High School alumni Logan Allen and Will Paxton after completing their overnight 26.2-mile marathon, which took them across Powhatan County.

Powhatan High School alumni Will Paxton (left) and Logan Allen run the final stretch of their overnight 26.2-mile marathon, which took them across Powhatan County.

MIDLOTHIAN –Jogging to their endpoint at the Westchester Commons’ PetCo parking lot with the morning sun still not having yet risen, Powhatan High School alumni and Liberty University freshmen Logan Allen and Will Paxton completed an overnight 26.2-mile marathon that took them through Powhatan County.

Paxton, who takes advance running at Liberty, was supposed to complete a 35-mile run on trails near his school for his final, but it ended up getting cancelled due to the ongoing COVID-19 pandemic.

But Paxton and Allen, the latter of whom took the class last semester, came up with an alternative.

“We decided to just run across our county and see what we could do,” Paxton said.

“Figured no one had done that before,” Allen said. “Be the first.”

“Yeah, do something crazy and really challenge ourselves,” Paxton said. “Push our envelope.”

Wearing travel packs that included snacks and water and headlamps to light their path in the dark, Allen and Paxton started their race at midnight on Route 60 at the Powhatan-Cumberland county line and ran alongside the road while also adding in a few miles on Route 13 and Batterson to make the race a full marathon. Paxton initially met Allen at Powhatan High School, where he picked him up and drove him to PetCo, and then the two rode with Paxton’s parents to the county border for the start of the run.

The duo concluded the race a couple of miles beyond the Powhatan-Chesterfield county line in Westchester Commons around 5:30 in the morning. They totaled 5 hours and 23 minutes of moving time. They stopped by a car at the high school to replenish their food and water, with Paxton changing shoes. Along the way, they saw more cars than they thought they’d see, as well as coyotes, deer and possums.

They were all smiles when they arrived, with their parents cheering them on.

“I think the lack of competition and other people running with us made it a little harder,” Allen said. “Timing was also a challenge.”

Allen and Paxton competed in the same sports in high school – cross country, track and a little bit of swimming and soccer. Allen helped someone with a race in an overnight section a few years ago, and this was Paxton’s first overnight run. They had done one or two 20-mile runs beforehand, although the purpose of those runs weren’t to train for this marathon, because at the time they didn’t know that this cross-county effort was going to happen.

This will count as Paxton’s final exam.

Virginia’s Stay at Home order still remains in effect due to the pandemic. But outdoor activities, like exercising and running, are still allowed.

“The world is not over. You can still get out and you can be six feet apart from someone and race,” Paxton said. “The world’s a beautiful place, and God gave it to us, and we should go outside and enjoy it.”