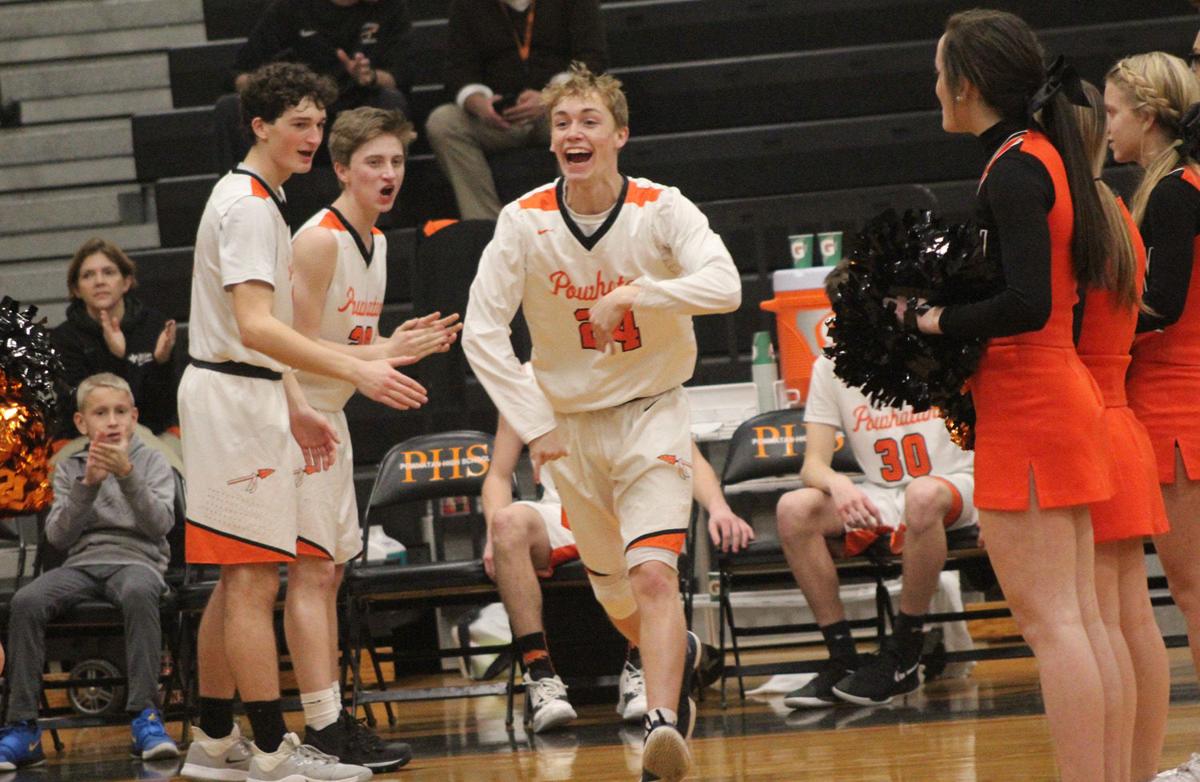 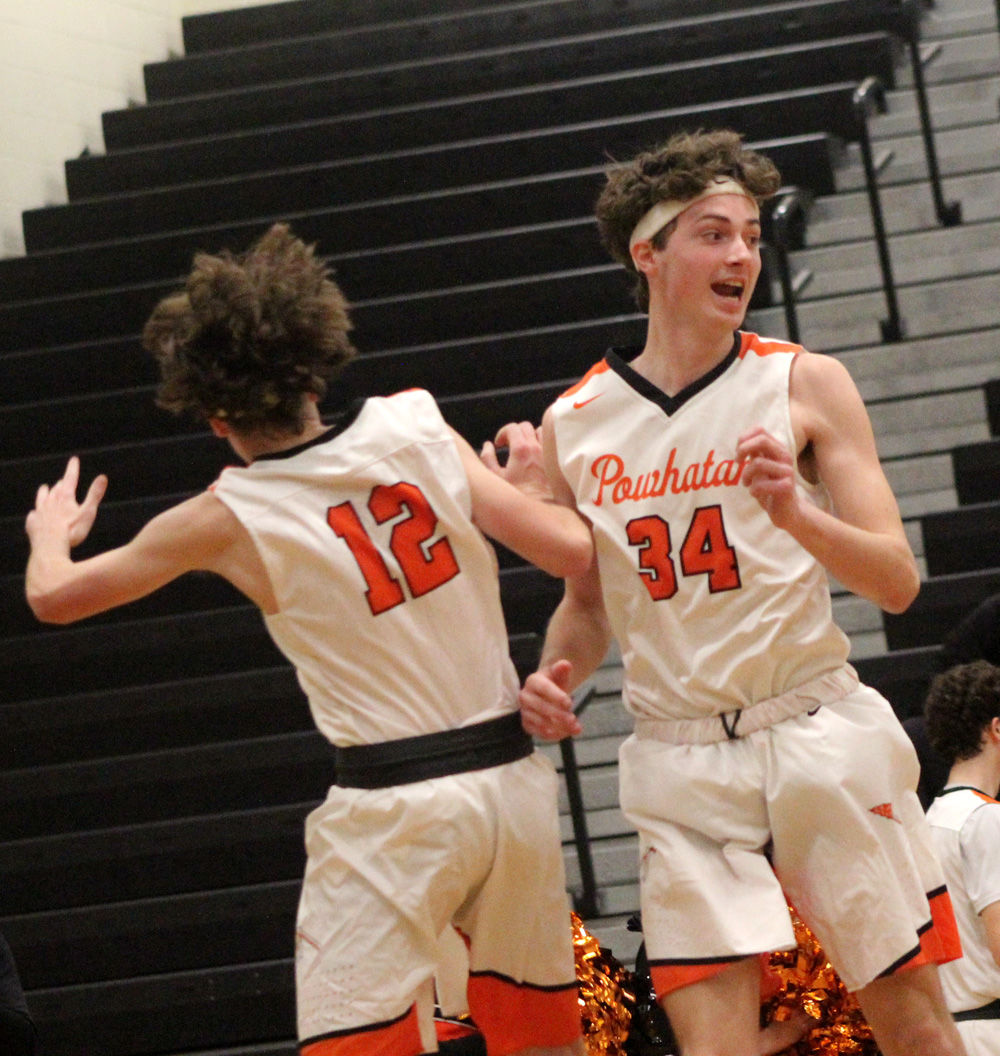 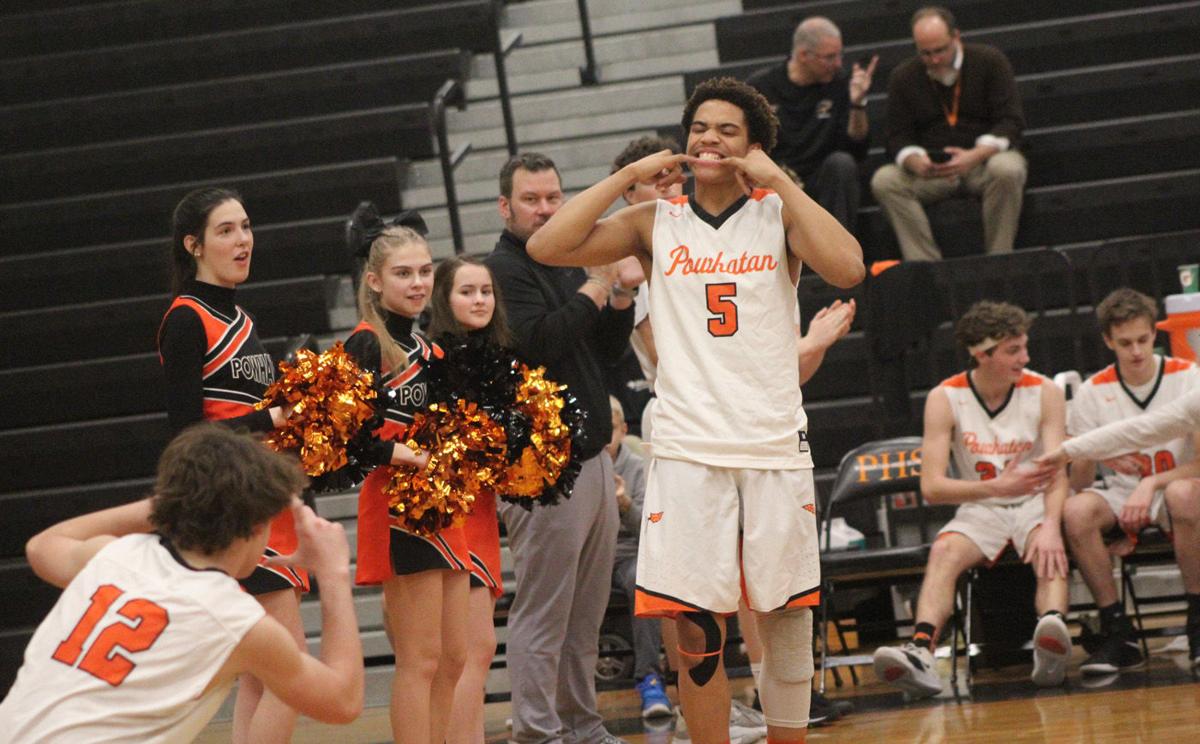 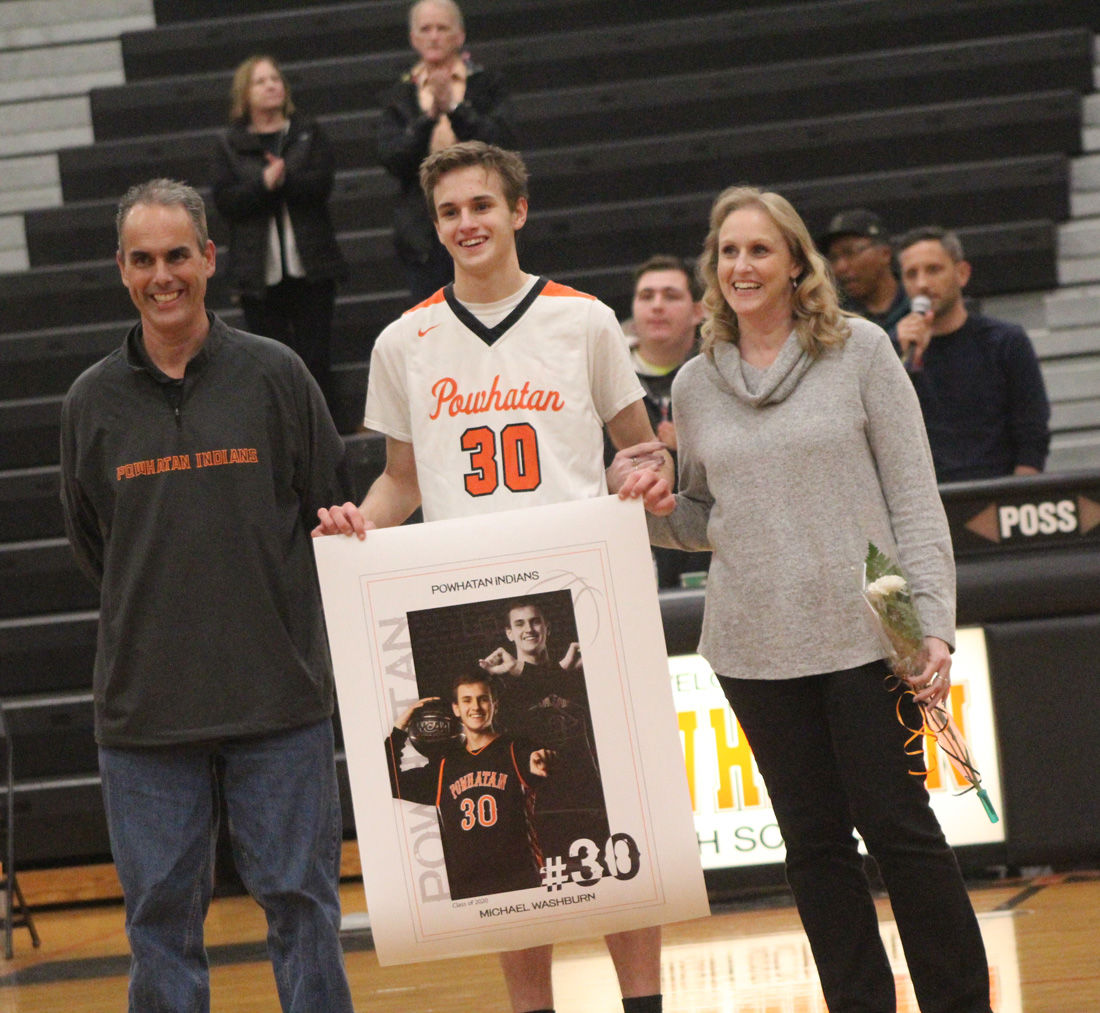 POWHATAN – Neither team could break away.

After returning to the floor for the second half of Powhatan High School’s Senior Night game tied at 29-29, the hosting Indians continued to go toe-to-toe with visiting Clover Hill, trading off quick trips to the basket and shots from behind the 3-point arc to keep the score tight in the third quarter.

That’s when the Cavaliers rolled out a 9-0 run, which featured a 3-pointer launched down the middle by Corie Addo and a dunk from Samuel Walker on a breakaway.

But after Powhatan junior L.J. Alston netted a putback before the quarter expired to tighten Clover Hill’s lead to 51-45, Powhatan head coach Ryan Marable told his players: “Some of you guys have eight minutes left on this court. Let’s leave it all out there. Do you want to just fold right now, or do you want to battle these last eight minutes and play from behind and show that we’re tough enough to battle from behind?”

Defensive stops led to three consecutive fourth-quarter 3’s that propelled the Indians back into the lead. From there, free throws and rebounds in the closing stretch helped them win their final slated home game of the season, 67-62 over Clover Hill, to the tune of a high-energy student section.

“That’s a testament to them and just sticking with it the whole year,” Marable said of his players.

“We communicate, just work hard every day at practice,” said junior Brylan Rather, who led Powhatan in scoring with 22 points, “and translate it to the games.”

After the Cavaliers committed a turnover near the top of the fourth, senior Trey Moore passed the ball to Rather, who let the ball fly through the hoop for 3. And then, on Clover Hill’s next possession, Rather hauled in the defensive rebound and soon got the ball in the corner, where he hit his second consecutive shot from behind the arc to quickly knot up the game at 51-all.

The Indians then forced the Cavaliers into turning the ball over into the hands of Moore, and the ball eventually went from senior Jay Harris to senior Logan Wyatt, who fired from deep to land Powhatan’s third consecutive 3-pointer and push the Indians ahead 54-51. Powhatan stayed hot, as Rather went for the block at the net and denied a lead-tightening layup attempt by the visitors, returning the ball to the Indians. Wyatt parlayed Rather’s stop into 2 points from the free-throw line.

Powhatan overall got seven stops in a row and remained committed to getting in front and staying in front of their opponents.

“We just battled on the boards, all of our guys,” Marable said. “That’s what it takes against a team that just crashes the offensive board like Clover Hill does.”

Although it would break Powhatan’s 13-0 run with a two-handed put-in from Walker, Clover Hill afterwards was unable to string together multiple-bucket bursts and runs, and Powhatan was able to add a couple of buckets in the paint before it ultimately stayed ahead of the visitors on its play from the free-throw line. Alston in the fourth quarter shot five-for-six from the charity stripe, and, after the Cavaliers cut his Indians’ lead to one possession, the junior pulled down a huge rebound in the closing seconds. He then drew the foul and got sent to the line, where he made both shots to put the game out of reach.

Four players, including Rather, scored in double figures for Powhatan on Wednesday. Harris, who netted four 3’s including one to tie the game before halftime, finished the night with 17 points. Wyatt made two 3’s including the final go-ahead shot and scored 15 points. Alston, who was clutch all night and also had a game-tying 2-pointer in the second quarter, totaled 11 points. Moore also pivoted for a 2-point shot down the middle in the second.

Rather added a huge play before halftime to slash Clover Hill’s lead from 6 to 2 and put his team in a position to tie the game at 29-all. After collecting a pass from Harris, he drew the foul as he drained a 3-pointer from beyond the top point of the arc, then landed the bonus free-throw for a 4-point play.

The contributions of seniors Harris, Moore, Wyatt and Michael Washburn were honored Wednesday. Washburn played well in the first quarter and made key inbound passes that contributed to his team’s win.

“I’m really happy for those guys, especially winning on Senior Night,” Marable said, adding that they got to do so in front of a good crowd with players from the other Powhatan teams, including football and girls basketball, coming out to support them.

“They mean everything to me,” Rather said of his seniors. “I’m sad to see them leave and everything, but it is what it is.” He was glad that they could get the win for them in their last home game.

With a couple of players out, Austin Hurt and Paul Bonner got pulled up to the varsity level. Bonner, a freshman, contributed key rebounds in Wednesday’s win.

Powhatan has one more game left on the slate: Friday’s 7 p.m. matchup at Manchester.

“Towards the end of the year, you haven’t won as many games as you want to, but…you don’t want to wish away the rest of the season, and this team is one of those teams where, yes, we’re looking forward to the future and can’t wait to keep this thing rolling into the spring and summer and next year,” Marable said. “But we’re really going to miss those guys, and they’ve stayed together. A team like this staying together is really good, and it’s a testament to their attitudes and just the support staff we have here as far as Coach [Tim] Llewellyn and Dr. [Mike] Massa being a great principal and giving us the chance to try to mold these guys into quality young men, which most of them already are.”