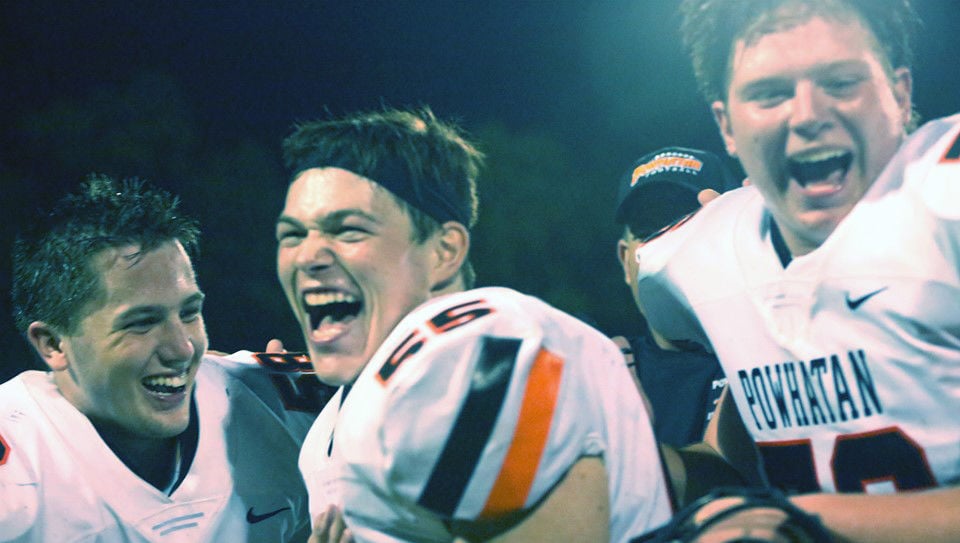 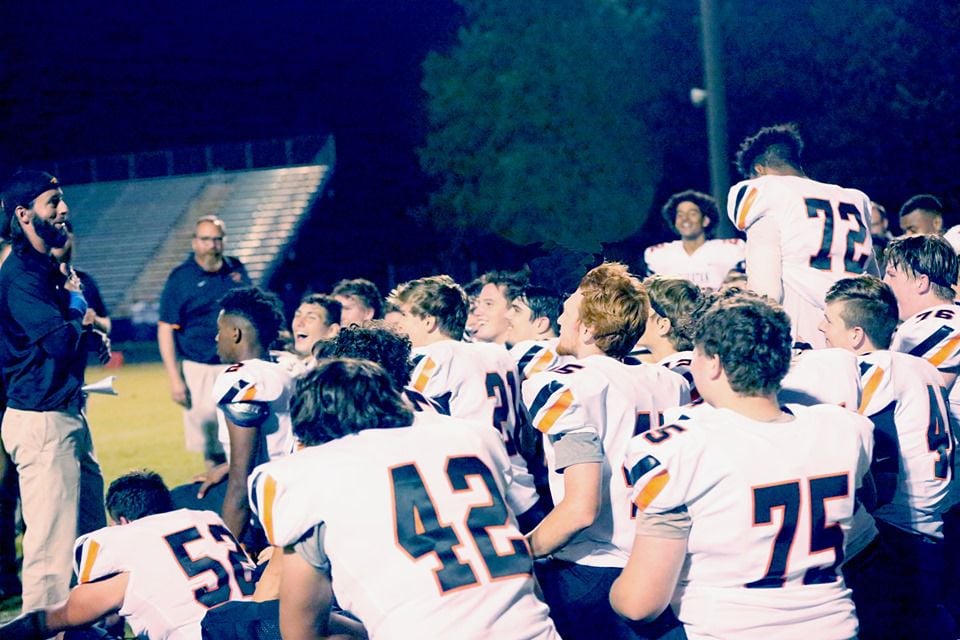 Members of Powhatan's football team after Friday's 2-0 win over Midlothian.

Members of Powhatan's football team after Friday's 2-0 win over Midlothian.

His Powhatan Indians were erupting in celebration at the end of it.

A beastly defensive effort, led by TJ Gates, helped Powhatan take advantage of a heap of penalties and a called safety levied against Midlothian to win Friday's contest 2-0.

“When you win it 2-0, it feels really good,” Henderson said laughing. “When you’re losing 2-0, there ain’t too much else that’s worse than that. But I was super proud of our guys, the way we battled and the way we fought from beginning to end – just super proud of us.”

“It’s a great rivalry – it was a great game. Defense played great, it was amazing. It was a good win,” said Gates. “We’ve been wanting this all year.”

Through 3 games played this season, Powhatan hasn’t given up more than 9 points in any given football game.

With the soccer-like score, if you wanted to call someone the goalie and say they earned the shutout, Gates would be that someone for Powhatan. The 6-1 linebacker dished out 8 tackles, brought down the quarterback on a first-quarter sack to force fourth down, reeled off a second-quarter tackle-for-loss to make it fourth down again after Midlothian’s Braden Berger shortened the distance to the marker to 1 yard on 3rd down, and forced and recovered a fourth-quarter fumble to give his team the ball at Midlothian’s 26.

“I had something going in my body today – it was crazy,” Gates said. “Adrenaline was pumping today.”

He wasn’t alone. His unit was flying around to the football as Wyatt Lowe knocked back the Trojans on a couple of TFLs, Chase Gayness and Tristen Bradley each made one and Gayness joined Gates in making 8 tackles on the night. Zach Karanian also forced a stop for a loss.

Isaac Trent and Jaysun Carroll each delivered 4 solo tackles while Carroll denied a pass to force Midlothian into a 4th-and-11 scenario on the Trojans’ final offensive drive of the game.

Midlothian’s next pass along the sideline came up short of the marker, resulting in a turnover on downs. Powhatan kneeled twice from there to end the game with the win in-hand.

After Powhatan and Midlothian battled each other to a scoreless draw at first half’s end - with the Trojans' starting quarterback Christian Chambers going out early in the contest - the third quarter opened with Mason Pinnell drilling the kick all the way to the Trojans’ end zone for a touchback. From there, penalties for a false start, an illegal procedure and delay of game buried Midlothian at its 8 yard line while facing 4th and 22. On the punt, the punter kneeled while he was in the end zone; officials ruled that the ball was grounded, resulting in the decisive safety.

Pinnell throughout the game repeatedly pinned Trojans deep enough to make them drive the field, and the offense, led on the ground by Hans Rehme, Tristen Bradley and Mitchell Johnson, did enough to move the ball down field and earn a couple strong chances to score, allthewhile giving its defense a couple of breaks.

But the Indians did leave some points on the board: they lost two fumbles, including one at Midlothian’s 39 in the first half, and they also saw a strong 42-yard field goal attempt sail just wide of the right bar

“Same stuff that happened against Matoaca kind of happened here: we got the ball down there, we couldn’t finish drives,” Henderson said. “We’ve got to figure out a way to do that better, but it feels a little better trying to work on it when you won 2-nothing than lose.”

Powhatan Football (2-1) celebrates tonight, goes to work after that and gets Clover Hill on the road next Friday, Sept. 27, at 7 p.m.

“We’re keeping the momentum rolling throughout the season,” Gates said. “That’s our game plan right there.”