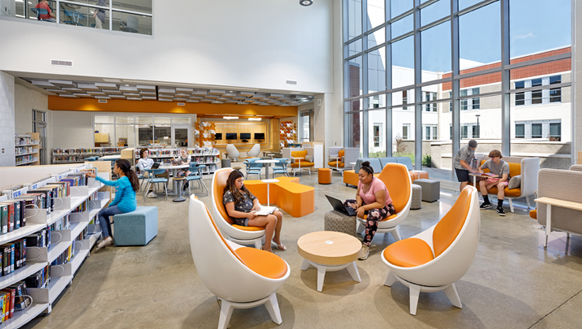 Flexible spaces at Powhatan Middle School was one of the key features Moseley Architects highlighted in its application for a VSBA design award. The project was awarded the VSBA’s Platinun Design Award. 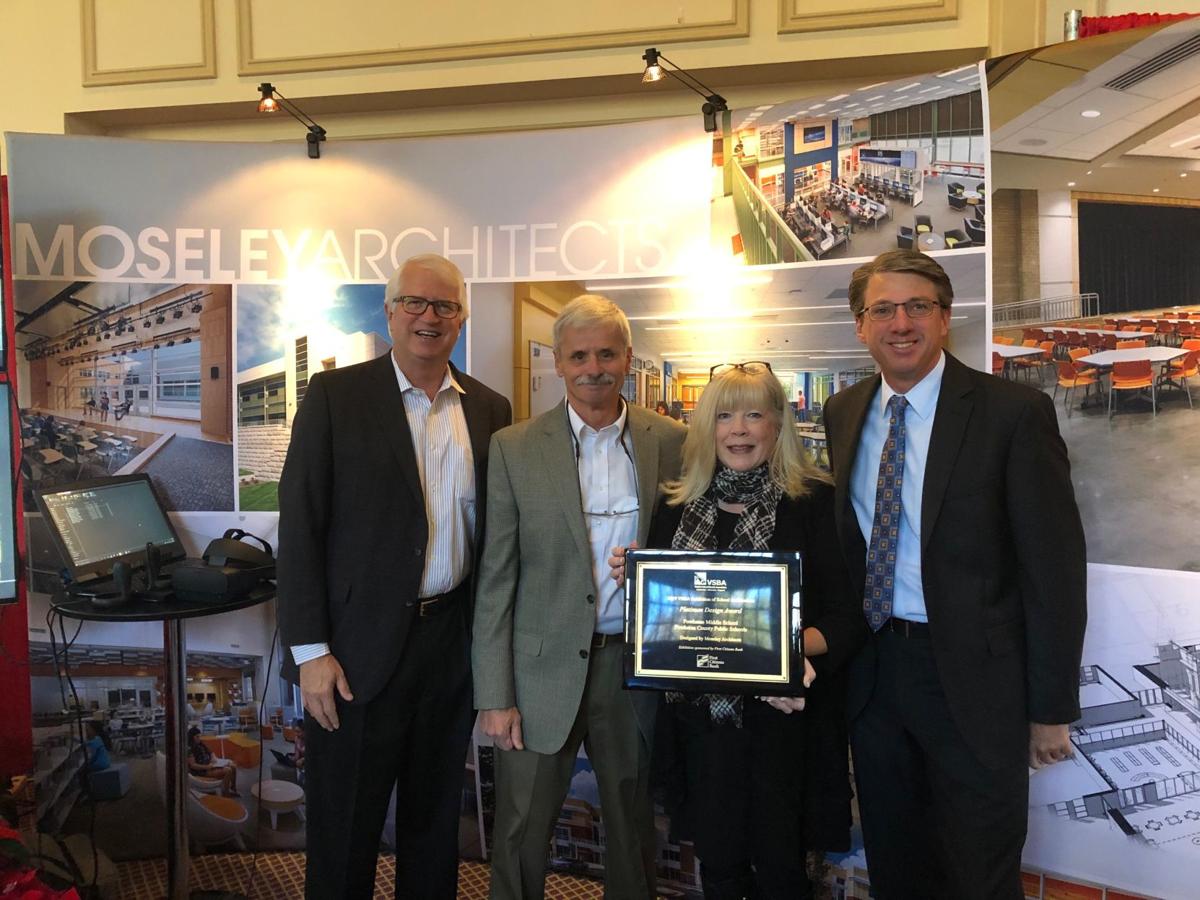 Flexible spaces at Powhatan Middle School was one of the key features Moseley Architects highlighted in its application for a VSBA design award. The project was awarded the VSBA’s Platinun Design Award.

Four architectural projects were recognized during the Virginia School Boards Association’s (VSBA) annual convention held last week in Williamsburg, including the Platinum Design Award given to Moseley Architects for its work on the middle school. The Powhatan project was the only one to receive a platinum award this year.

VSBA is a voluntary, nonpartisan organization of Virginia school boards that promotes excellence in public education through advocacy, training and services. The association offers conferences, information, training, and counseling designed to meet the needs of the Commonwealth’s educational leaders.

Dr. Eric Jones, superintendent, said the school division was notified about a month ago that it had won one of the awards but only learned last week of the actual award.

“It made me extremely proud and thankful that we have the support of the community and that the community supported the vision we have for this school. I think it validated what we already knew – that we have a great facility with great people in it who are really doing some amazing things for our students,” he said.

Stephen Halsey, vice president with Moseley Architects, said his firm submitted the application for the middle school project because they were pleased with the school’s flexibility and the innovation in the instructional spaces.

The design of the school helps facilitate the type of teaching and learning that educators want to see in Powhatan classrooms, Jones said.

One of the spaces the application highlighted was the school’s dining space, which was actually designed more as a performance space where people eat, Halsey said. He pointed to the room’s acoustic treatment, the stage, and the retractable auditorium seating that takes capacity up to 600 people.

“There was discussion early on in the project of could we afford to do an auditorium? It is pretty rare nowadays for school divisions to do auditoriums for the middle school level, so we had to think creatively about how we provided a quality performance space,” he said.

The way the architects designed the project to preserve the shell of the gym and career and technical education (CTE) wing also were highlighted in the application, Halsey said.

“For us it was important because we were able to salvage and use some of the bones of the existing building and really repurpose that space,” he said. “We turned a high school gym into a proper sized middle school gym and also provided locker room space, all within the same shell structure. When you go in that space, you could never tell it wasn’t what it ended up being.

To create a welcoming environment that invites students in, the design includes ample sight lines from the first and second floor hallways and unrestricted access from the dining area and courtyard, according to the application.

Jones said he knew that the staff at Moseley Architects was excited about the middle school from the beginning and liked that they were not only willing but excited to “push the envelope and do some new things to enhance student learning.” Everyone was excited to be designing a school “for the next 50 years not the last 50 years,” he added.

“We get calls all the time from Moseley and from other school districts to come and visit Powhatan Middle School. … It has gained a reputation throughout the area as a place that people want to come and see something like this that is working,” Jones said.

VSBA represents every school board in the state, and the design award is one of the biggest the organization gives out each year, Jones said.

“It is being recognized in front of your peers, so to speak, from a school board perspective. It is one of the major awards for the architecture firms in the state to be recognized and one of the most prestigious ones. I think those two factors make it special, and any time you are considered the best in the state, it is something to celebrate,” Jones said.

Since Moseley Architects does so much work in the K-12 sector, awards from organizations like the VSBA are ones the firm values most because they “recognize quality educational facilities,” Halsey said.

“It makes us as a firm feel great, especially with the partnership that we had with Dr. Jones and his staff. It was an absolutely team effort from the design of the project and the construction of the project and working with Dr. Jones and his staff,” he said. “Probably the most rewarding part is that it demonstrates everybody working toward the same goal – and that is designing a great school for the students and teachers of Powhatan.”