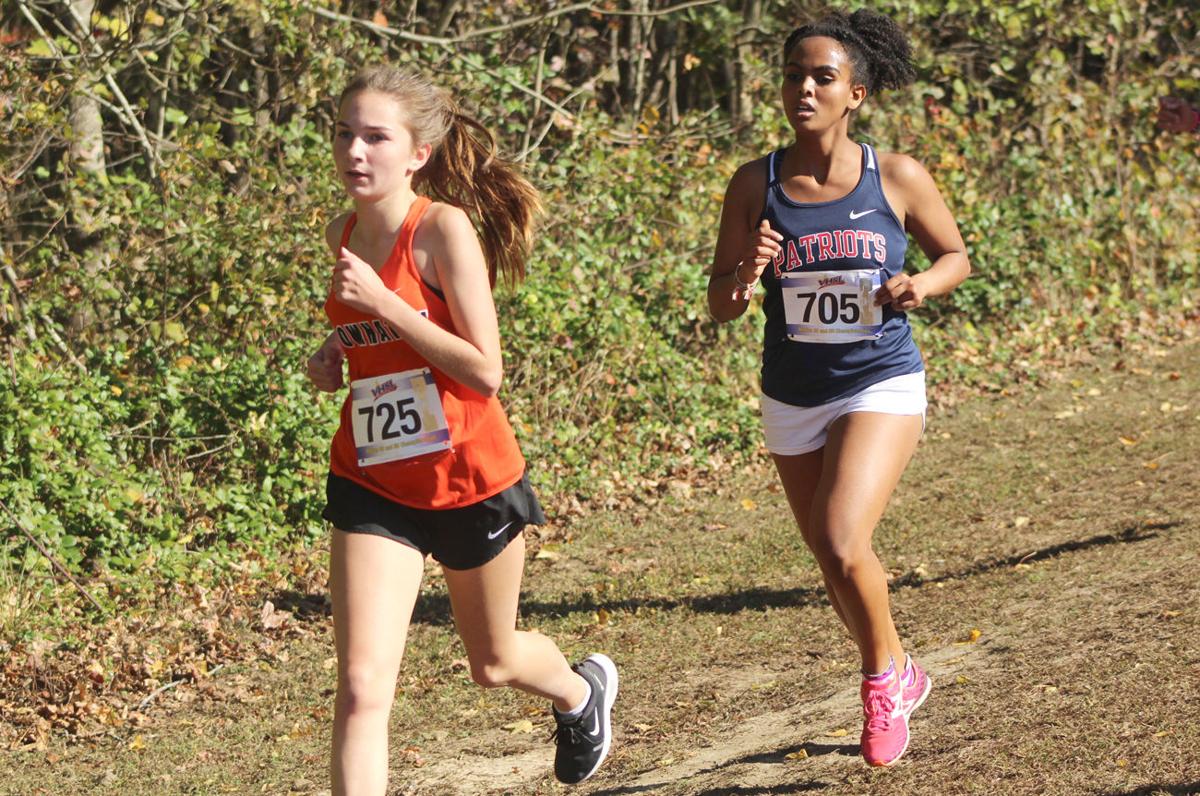 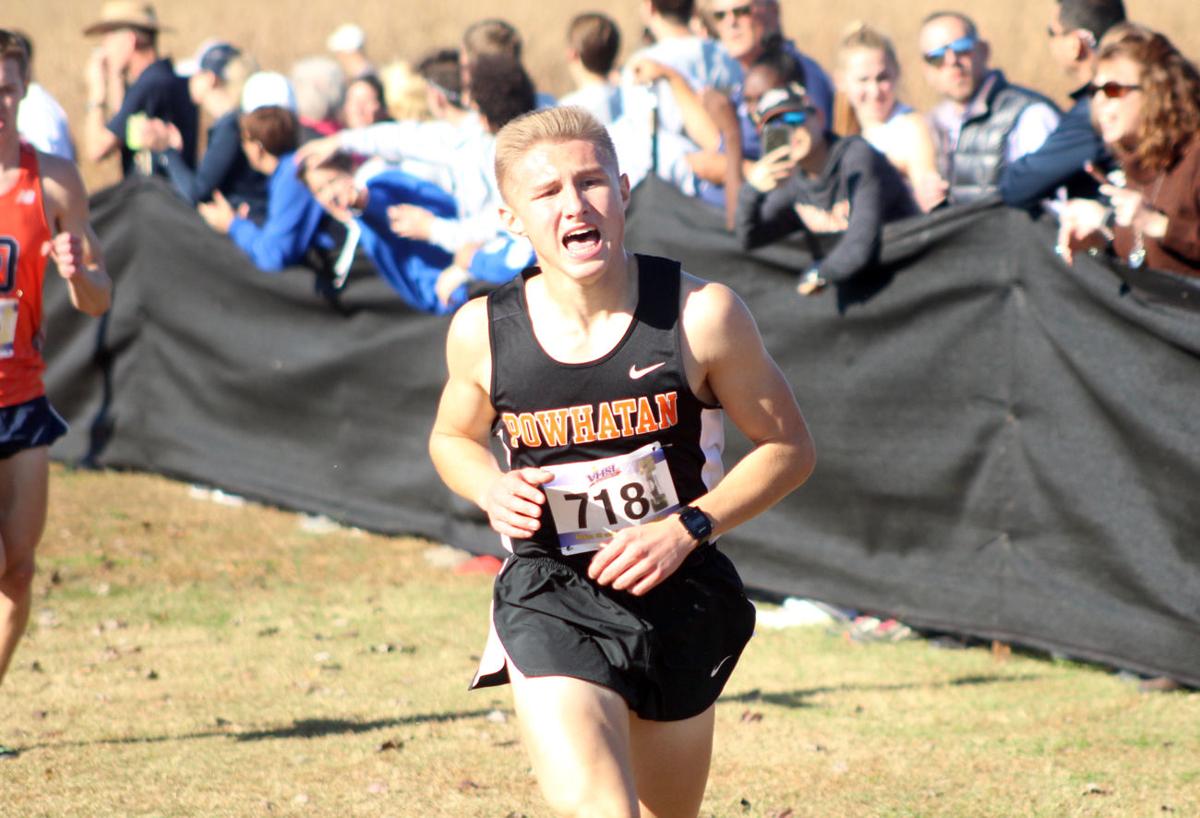 “I tried my hardest to keep it all on the course,” she said, “and not feel like I could’ve done better.”

Bypassing runners in the closing stretch of the Region 4B girls varsity championships, Ray rolled out a time of 20:46 to place seventh in the race, qualify for states alongside her teammate junior Gavin Timmons and earn top 10 All-Region honors.

“It was hard – I had to push through all the pain and tiredness,” Ray said about making those extra passes at the end of the race. “I just had to sprint and keep going.”

For Ray, the course’s challenges included its steep hills.

“It was tough getting up those and not slowing down – there are a lot of those,” she added with a laugh. But she felt she pushed through the hills pretty well.

“I crested them and kept going – even when I was dead inside, I was so tired,” she added.

Hanover freshman Alli Crytser led her Hawks in winning the Region 4B team championship as she took the individual title on an 18:10, nearly 24 seconds ahead of runner-up Emily Morris from Patrick Henry.

After an IT band injury prevented him from running for three-and-a-half weeks, Gavin Timmons delivered Powhatan Cross Country’s fastest run in Wednesday’s Region 4B boys’ varsity championships when he crossed the finish line on a 17:04 to place 12th and qualify for states.

Timmons noted how the course plays a “mental game” in the second mile, “because you had fast uphills, but then it started to level out,” and then there was a tough climb up to the second-mile mark. The junior felt his best marks in the run came in the first and third miles – he had a sub-five run in the first mile and a negative split going from his second mile to his third.

For Timmons, it was really encouraging to get that kind of time on Pole Green Park’s course.

“It gives me a lot of confidence in the summer training that I put in,” he said. “I put together probably twice as many miles over the course of this past summer, training for this year, than I have in past years.”

Lee-Davis won the Region 4B team championship and Louisa’s Branden Wood was the boys’ top runner, winning the individual championship on a 15:56, a little over 25 seconds ahead of runner-up Kyle Emandes from Courtland.

Powhatan’s boys overall ran 6th out of 14 teams that competed in the race, and Powhatan’s girls took 7th out of 11 teams. Both teams’ overall results exceeded the mock meet estimates that the coaches had calculated.

Ray and Timmons qualified for states within the top 5 individuals not on the top 3 teams. Timmons was the fourth top qualifying individual for boys; Ray was the top individual qualifier for the girls.