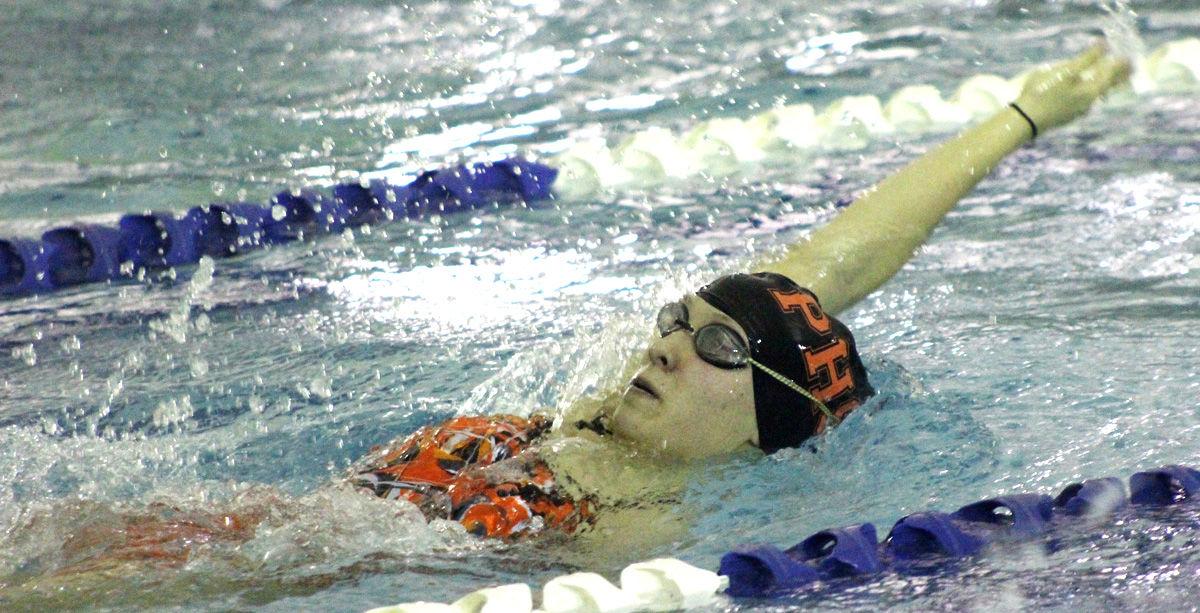 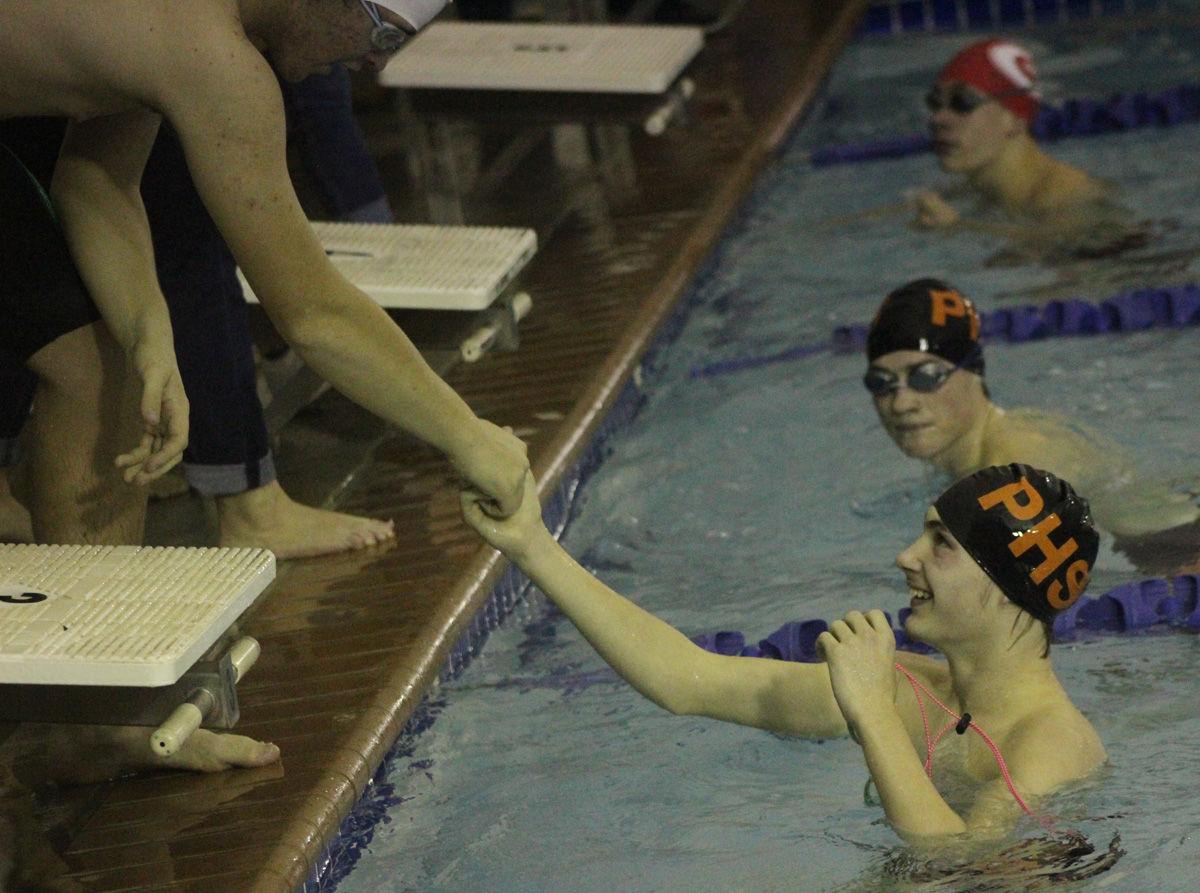 Powhatan’s Wyatt Malkerson (at right, foreground) is congratulated after posting the top swim time in the boys’ 100 breaststroke during Friday’s season-opening home meet at Goochland YMCA.

Powhatan’s Wyatt Malkerson (at right, foreground) is congratulated after posting the top swim time in the boys’ 100 breaststroke during Friday’s season-opening home meet at Goochland YMCA.

GOOCHLAND - One relay team and individual swimmers Mia Wilson and Wyatt Malkerson won first places for Powhatan Swimming in its designated home meet to open the 2019-20 season this past Friday at the Goochland YMCA. Goochland, Louisa and a couple of swimmers from Blessed Sacrament Huguenot also competed.

After Goochland overtook Powhatan late for victories in the boys’ and girls’ 200 medley relays and won 6 of the first 7 events, Mia Wilson broke through for the Indians, taking first in the girls’ 50 freestyle on a time of 28.87.

Wilson later joined forces with Emily Matthews and Summer and Bailey Kantanen to win a thriller of a girls’ 200 freestyle relay, edging past Goochland’s top group by 88 hundredths of a second with a result of 1:58.02.

Powhatan paced the next four first heats: Nathan Orban was the fastest in the boys’ 100 backstroke (1:14.96) although Louisa’s Josh Wright was credited with the varsity win (1:20.81); Wilson took first in the first heat of the girls’ 100 backstroke (1:15.64) and second overall to Goochland’s Skylar Dacey (1:14.97) who swam in the third heat; Malkerson edged Goochland’s Garrett Eastwood to win the boys’ 100 breaststroke (1:19.45) by a mere 45 hundredths of a second; and Summer Kantanen (1:25.69) edged teammate Matthews (1:26.64) in the first heat of the girls’ 100 breaststroke, with both swimmers overall finishing second and third, respectively, to Goochland’s Anneliese Rogerson (1:16.39), who swam in the second heat.

Blessed Sacrament Huguenot’s Jenna Schwab finished runner-up (1:07.00) to Louisa’s Lauren Dessent (1:05.85) in the first heat of the girls’ 100 freestyle and third overall to Goochland’s Abby Pillion (1:05.44) who swam in the third of five heats that comprised the event.

Powhatan travels to SwimRVA with opposing teams including Colonial Heights in a meet that begins at 7 p.m. on Thursday, Dec. 12.