WATCH NOW: Videos of protests, rallies and marches around Richmond on Monday 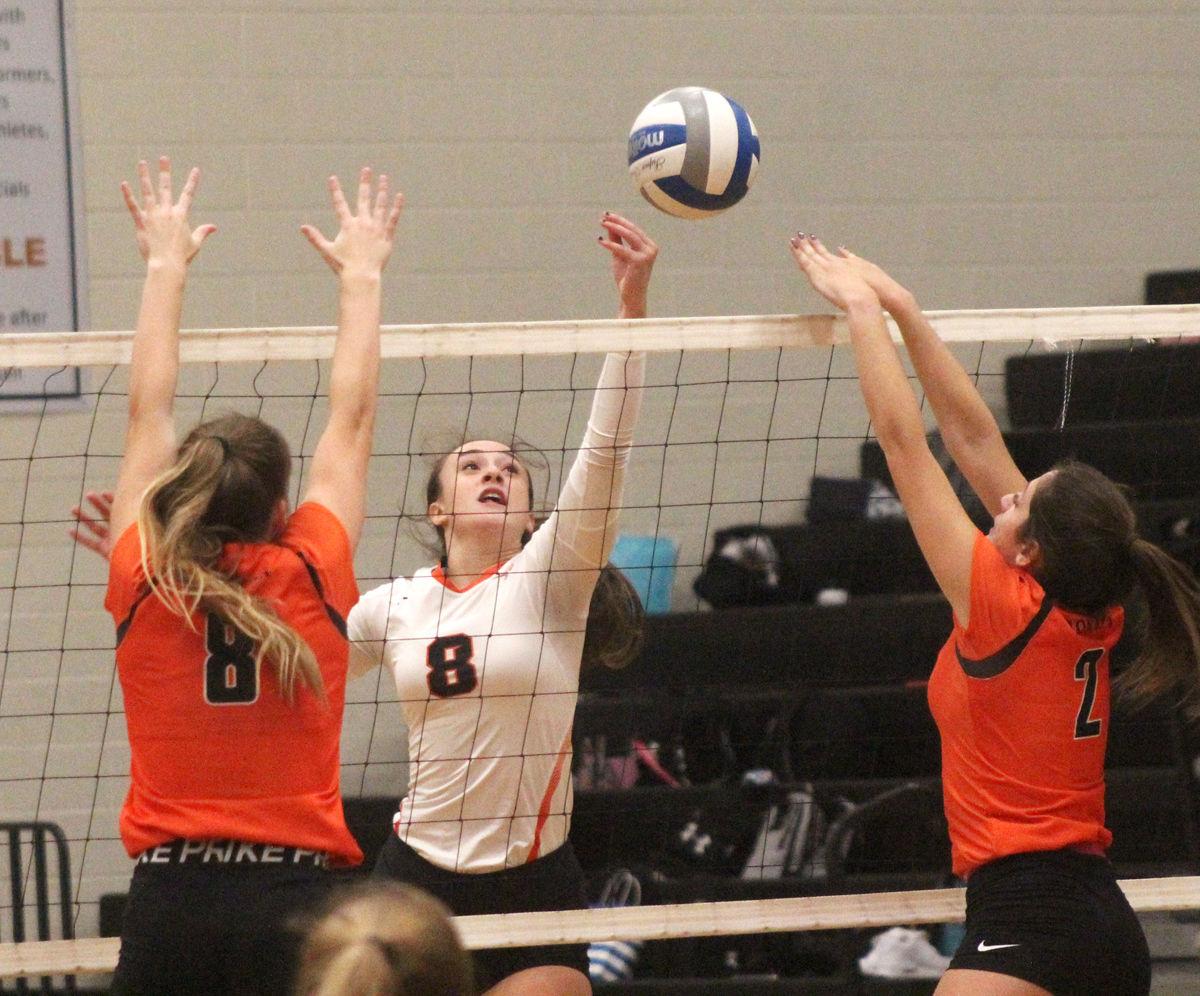 Powhatan's Natalie Mueller (8) goes for the attack at the net in the Indians' Sept. 10 home match versus Monacan. Powhatan won 3-1. 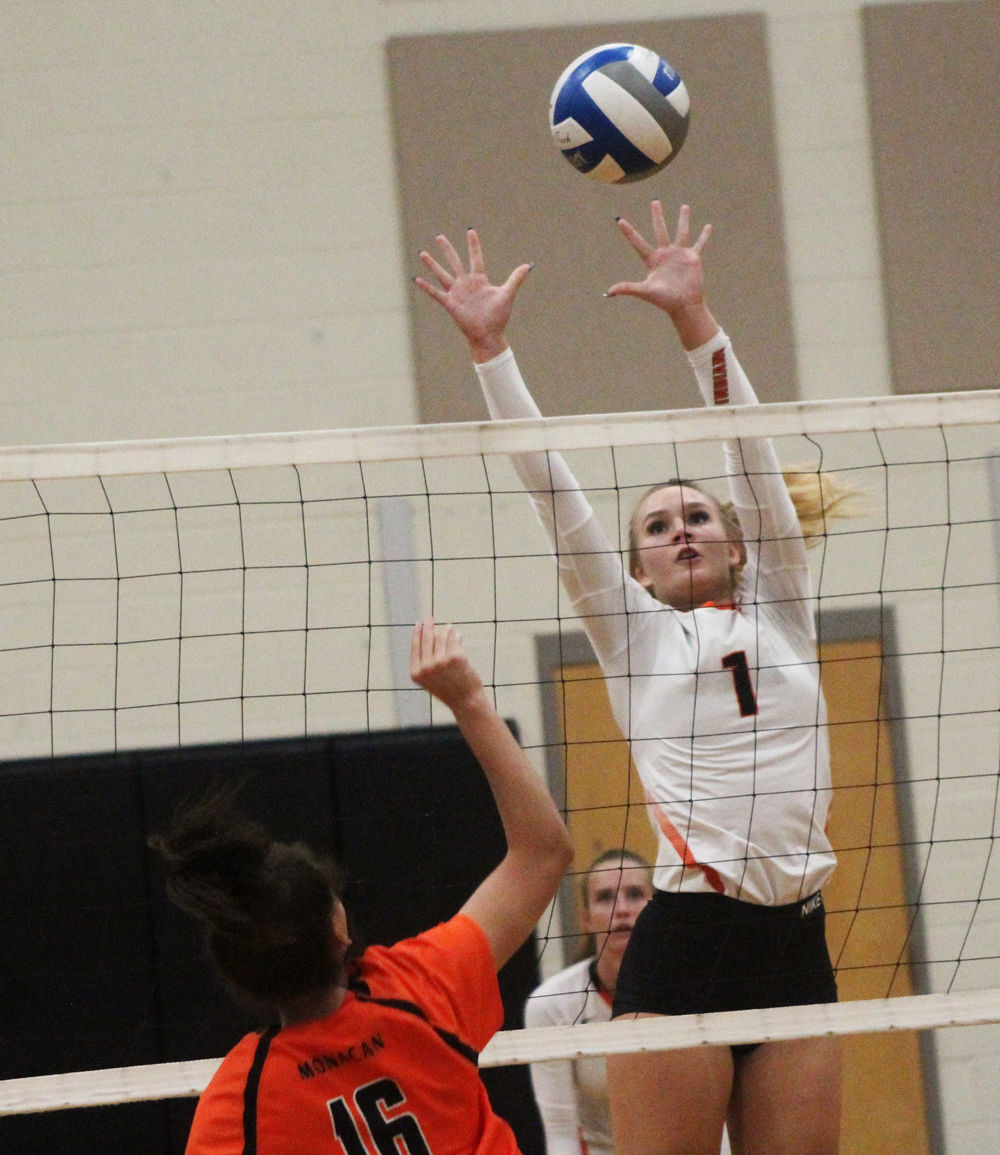 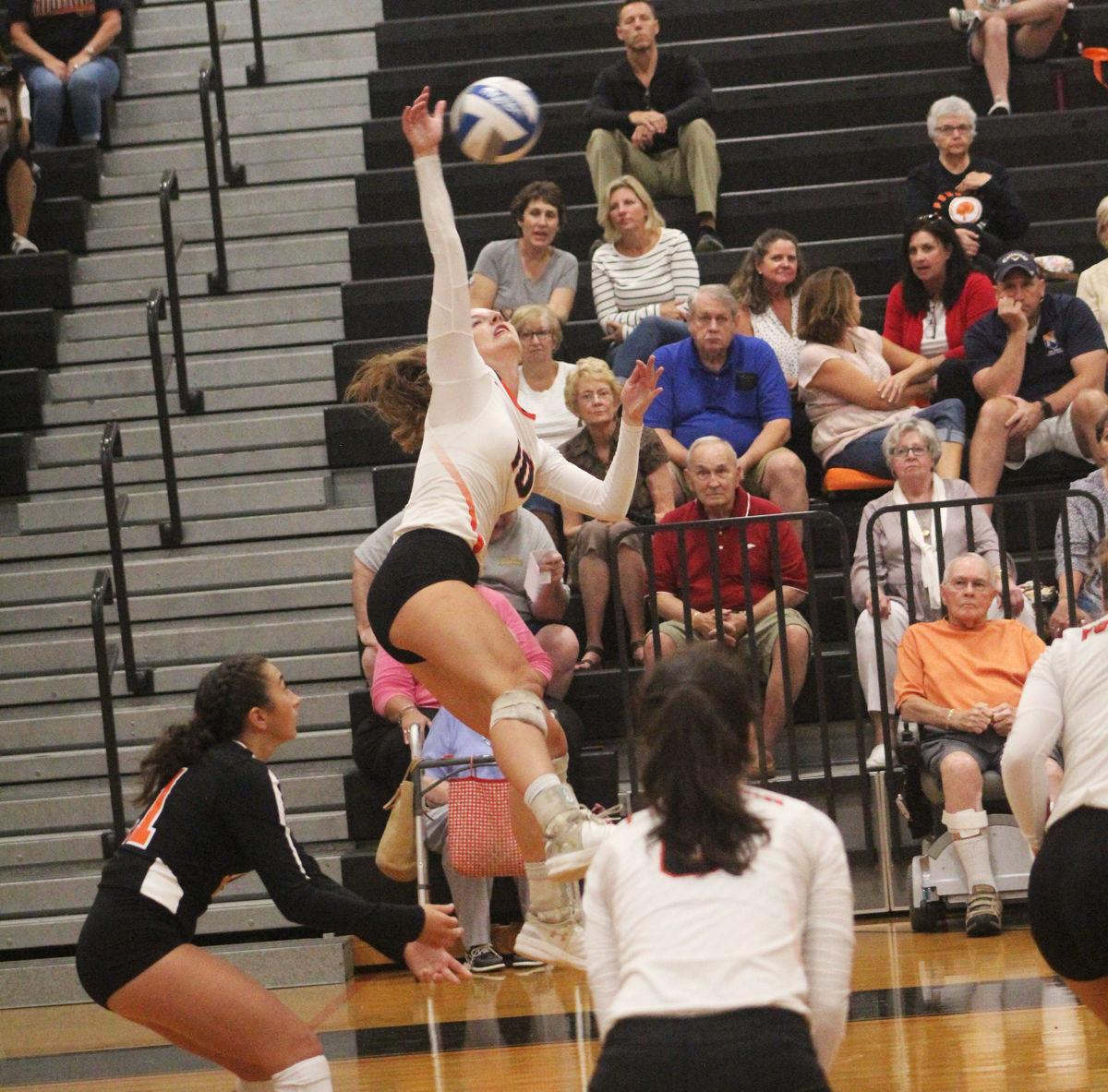 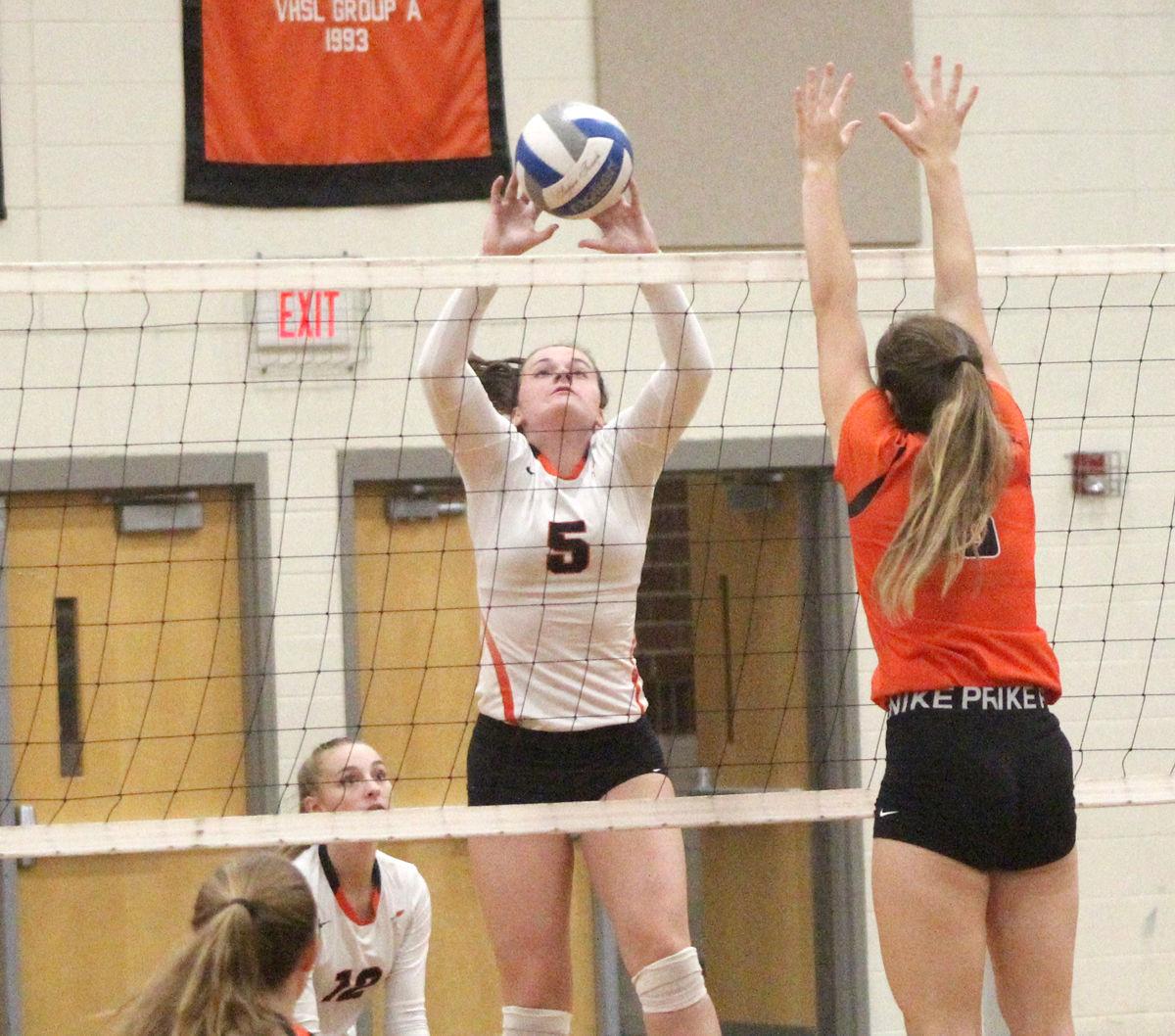 Powhatan's Natalie Mueller (8) goes for the attack at the net in the Indians' Sept. 10 home match versus Monacan. Powhatan won 3-1.

POWHATAN – When it comes to sending the ball over the net on the attack, Powhatan senior Star Bryant described how she and her teammates go by a red light/yellow light/green light approach.

No matter the light, Powhatan’s attack force – led by Sierra Ellison, Natalie Mueller and Star – fluidly shifted gears as a team from lighting up the corners and uncovered spaces on the lasering kills to lightly tapping over the successful dinks in Tuesday’s 3-1 home win (19-25, 25-19, 25-17, 25-20) over Region 4B foe Monacan.

“It was not an easy match by any means,” Coach Bryant said.

But Powhatan with the tough pair of victories is now on a four-game winning streak that has the team excited.

Against Monacan on Tuesday, Star sent over 12 kills, and Mueller tacked on 8 to go along with her explosive 23-kill, 2-block night on Monday against the Hawks.

Ellison put the exclamation mark on her brilliant night against Monacan with a pair of key plays in the final point. After she dug low to receive an incoming attack, she finished off the rally by lasering the ball onto the opponent’s floor to secure both the fourth set and the match for Powhatan.

Ellison double-doubled with 17 kills and 11 digs, and she had her opponents scrambling to get a grasp of her fiery serve as she totaled 7 aces on the night. The 6-foot DePaul commit described how she mostly spot-serves; if she sees an opponent struggling to receive her shot, she strives to keep serving to that person.

Also near the end of the final set, Ellison joined her teammates Bryson Amorese and Allie Dulio in making a diving save; her teammates finished off the point.

“I was very surprised,” she said with a chuckle.

Setter Amorese in two nights racked up a whopping 76 assists – 45 against Hanover and 31 against Monacan. She also had some success keeping the Chiefs off-balance with her serve on Tuesday.

Both Amorese and sophomore Libero Dulio made 7 digs against Monacan; Coach Bryant praised how Dulio "made multiple impressive hitter coverage digs that really gave us some momentum."

Emilie McDaniels also made timely blocks and attacks for points from the middle on Tuesday. Coach Bryant complimented her smart blocking.

“After first set, she got aggressive in that middle, did some key net play for us,” Coach Bryant said of McDaniels. “I’m excited about her potential as she grows into that role for us.”

In their 4-set adventure against the Chiefs, Powhatan had some adjustments to make; Coach Bryant after scouting the Chiefs last week knew their middles were going to run quicker than anything her team had seen this season in district play, so she told the girls: “You’ve got to be right in front of that middle.”

They had trouble with that in the first set, falling behind early as Monacan went ahead 25-19. But Powhatan made the needed adjustment and started picking apart their defense with smart shots.

Monacan continued to hone in on Powhatan’s attacks and serves throughout all four sets; after trailing 20-12 in the second set, the Chiefs battled back to make it tight when they trailed 21-18, and they also led midway through the third and late in the fourth.

But the variation and power of Powhatan’s attacks, coupled with some timely blocks and a deep defensive effort led by Ellison, Dulio and Amorese, helped the Indians battle past the visitors in the final three sets.

Ellison mixed in a couple service aces to give Powhatan a fast 7-1 start in the second set, and she and Mueller helped the Indians pull away on a closing 4-1 stretch to win the second 25-19 after Monacan battled back to trail by 3 points.

Powhatan overtook Monacan for good in the third set at 11-10 and hit four straight points at the end to put it away. After the Chiefs tied the fourth at 20-all, Ellison, with a couple of lasers and her huge diving save near the end, led the Indians in a 5-0 final stretch that secured the win in four sets for Powhatan.

The team’s bounce-back effort from Set 1 was also a matter of the players regaining their confidence, Ellison noted.

“I think we got down first set and maybe didn’t think we could beat them,” she said, “but then we got our confidence back.”

Nina Marsho got hurt last week and was sidelined against Monacan; Coach Bryant said they’re hoping to return her to some practice tomorrow.

Defeating two opponents that they could see in the postseason – Hanover and Monacan – gives Powhatan “a heck of a lot” of confidence going forward, Mueller said.

“Even during travel, you see half these girls come and you’re like, ‘Oh I remember her! She can slam it down!’ And you have to be ready for that and prepared, because you already know how they’re gonna play, so you kind of have a little more confidence than you would without knowing,” Mueller said. “Kind of like Monacan – we didn’t really know how we were going to go into it, but then seeing some familiar faces, especially from [Richmond Volleyball Club], I’m like, ‘Oh! I know how they play!’”

Both Mueller and Star noted how Powhatan is excited to try and keep its current streak of wins going. They’re looking to make it five straight at James River on Thursday, Sept. 12 at 7 p.m.