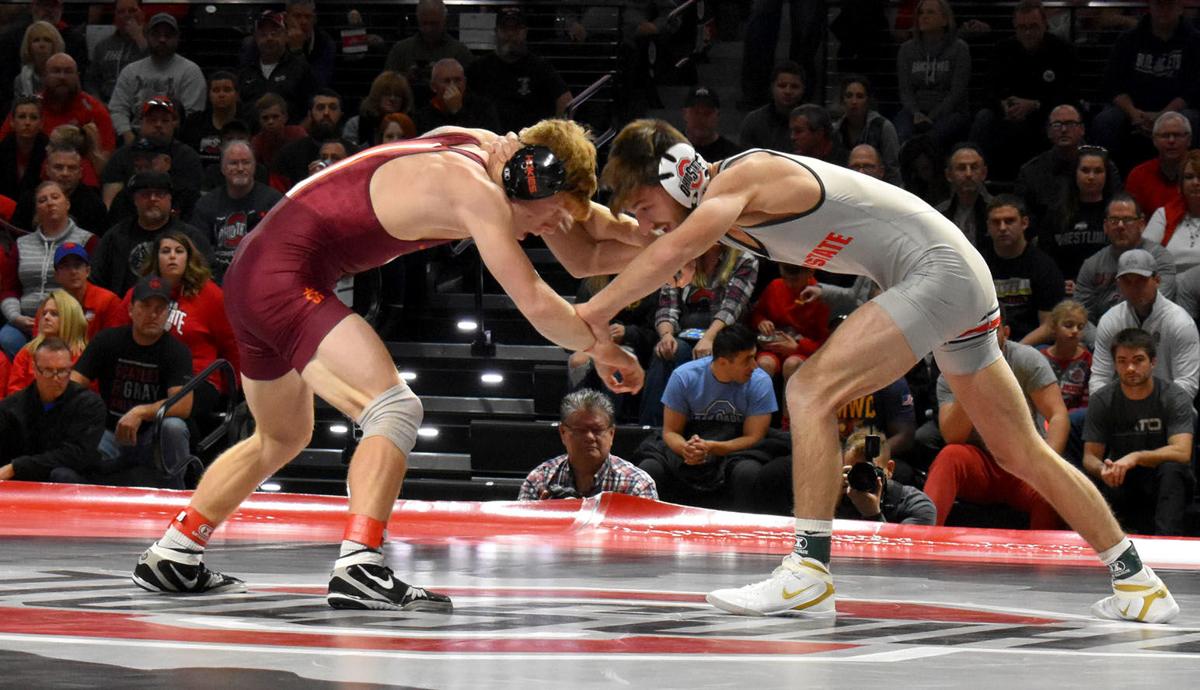 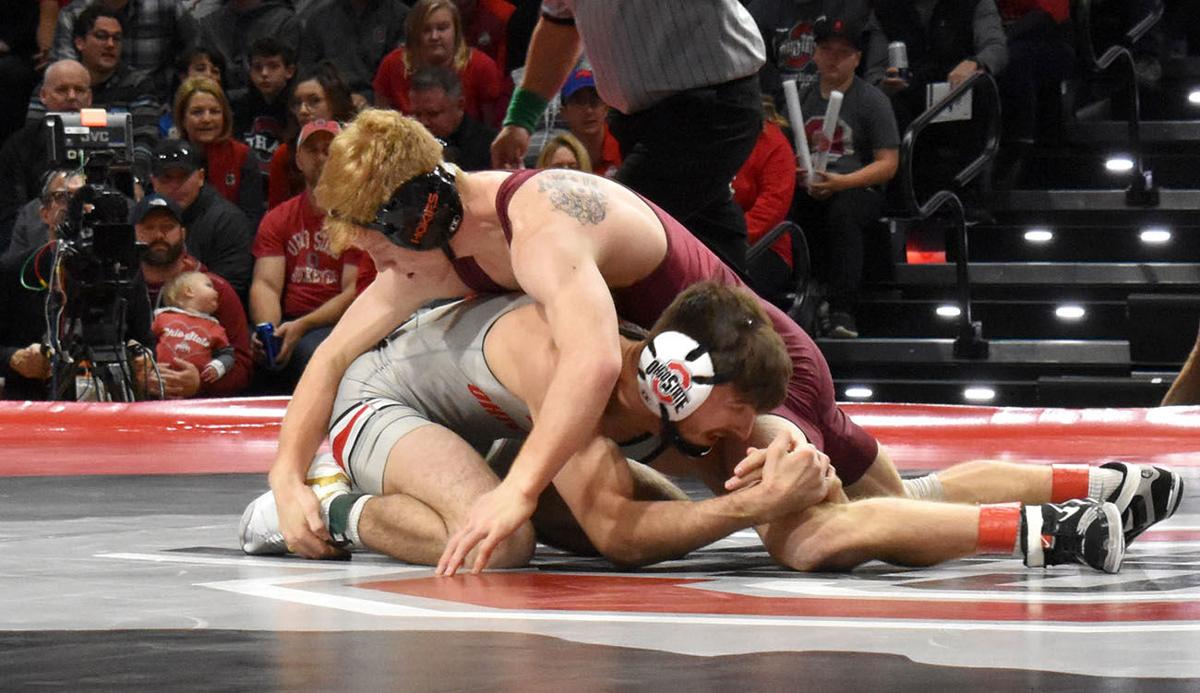 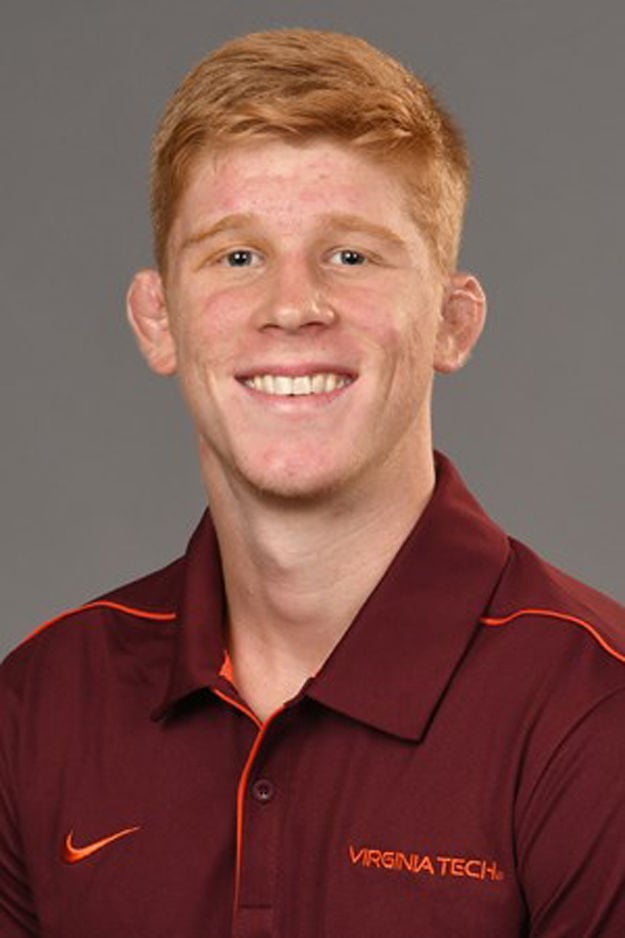 He’s been thinking about this since he was probably five years old.

Collin Gerardi had Virginia Tech blankets and pillows in his room while growing up. He’s been a Hokie fan all his life. On top of it all, he’s from Virginia. The school is very special to him.

So while it’s still very early in his first season as a starting wrestler for the Hokies, just traveling with the team, going places, getting ready for home matches and being a Virginia Tech wrestler – it’s everything that the four-time state champion from Powhatan expected.

It’s everything he’s been dreaming about throughout his life.

“A big thing we’ve been talking about here and I try to live by all the time is just being grateful – being grateful for the opportunity to wrestle here and to represent Virginia Tech,” Gerardi said. “Because this can be stressful…doing school and wrestling, taking some losses – whatever it may be, it’s stressful – but at the end of the day, you have to put it in perspective and be grateful for the opportunity to put on that maroon and orange singlet.”

Going into his first year in the starting lineup, Gerardi felt that the preseason went by really quickly. He also felt he and his teammates put in a lot of really good training.

When the regular stretch began, the Hokies dug in early with three tough duals against top 20 programs – no. 19 Missouri, no. 15 Northwestern and no. 8 Ohio State, which was then ranked third in the country.

The Hokies came out on top in all three. They’re currently 3-0 as a team and ranked fifth in the nation themselves.

“We prepared pretty well for it and I felt like we were all confident going in,” Gerardi said. “Our team atmosphere right now is in a great place as far as competition and team morale.”

Gerardi’s match was actually the one to kick-off the Hokies’ dual with the Ohio State Buckeyes.

“I didn’t even have time to be nervous,” he said. “I just went out there and…wrestled and came out on top, got the Hokies on a roll.”

He set the tone with his 7-1 win by decision over Quinn Kinner – ranked 14th in the nation at the time – and then Gerardi’s friend, 125-pounder Joey Prata who went to St. Christopher’s School, ended the dual on a 5-2 victory for Tech.

“The leaders on our team like David McFadden and some of the older guys really stepped up and motivated us to get going,” Gerardi said. “Traveling with the team, getting there and then just getting the job done was special. I really felt a part of the team.”

The Hokies’ roster brings together wrestlers from different communities and states – several Northeasterners, several wrestlers from Virginia and Ohio and a few from the Carolinas and Alabama – but Gerardi said they all have a common ground: their love for the sport of wrestling.

“We can hang out outside of wrestling and do things together,” he said. “And also, just being part of the Virginia Tech community in general has brought us closer together. We spend so much time together, whether it’s in the wrestling room or just being at our houses, because we live so close, but it’s special – we never really get tired of each other.”

Gerardi’s record to open his first team season is 5-3. He and his teammates most recently wrestled in the Navy Classic, where he went 3-2. He said he didn’t have his best tournament, but he got a lot of good experience and saw a lot of things he can work on. He'll look to apply the improvements he set his sights on making to this weekend's Cliff Keen Invite in Las Vegas (Dec. 6-7).

“So far this season’s been really good,” he said, “and transitioning from being a redshirt last year to being a starter this year has been a really cool experience.”

Redshirting, he said, was really beneficial for him.

“It’s kind of how you look at it, really; some people maybe don’t like the redshirt year as much…they kind of wish maybe they were with the whole team…but being able to redshirt and compete unattached at a lot of opens, getting a lot of good, quality matches in was super helpful for me,” Gerardi said, adding that “transitioning from high school to college was tough academically as well, so being able to have that year to maybe not compete every single weekend but still get a lot of matches helped me kind of acclimate to school and wrestling all at the same time. It was awesome.”

And while wrestling unattached, Gerardi won the 133 weight class title at the App State Open, placed 7th at the Southern Scuffle on a 4-2 record (with both his losses coming in sudden victory) and assembled an overall record of 17-6.

He feels he’s matured a lot from last year to this year, and he’s been intentional with his training.

And striking that kind of balance early, he noted, will not only provide him with an advantage on the mat, but will also help him greatly after college when he enters the workforce.

The biggest thing he’s taken away from his three season losses to date is that he’s capable of coming back and beating those guys later in the year. It’s a long season, so he doesn’t want to dwell on his losses too much, but he spoke mainly to keeping up his intensity and making sure that he’s “firing on all cylinders the whole time.”

“Even my coaches tell me, every day in practice, that my conditioning is second-to-none,” he said. “I can go for 7 minutes – I can go for as long as anyone in the country – so really just keep my intensity from the beginning, and I’m gonna end up wearing those guys out.”

He’s aiming to place high on the podium in the Las Vegas invite, which he described as being similar to the NCAA tournament in March.