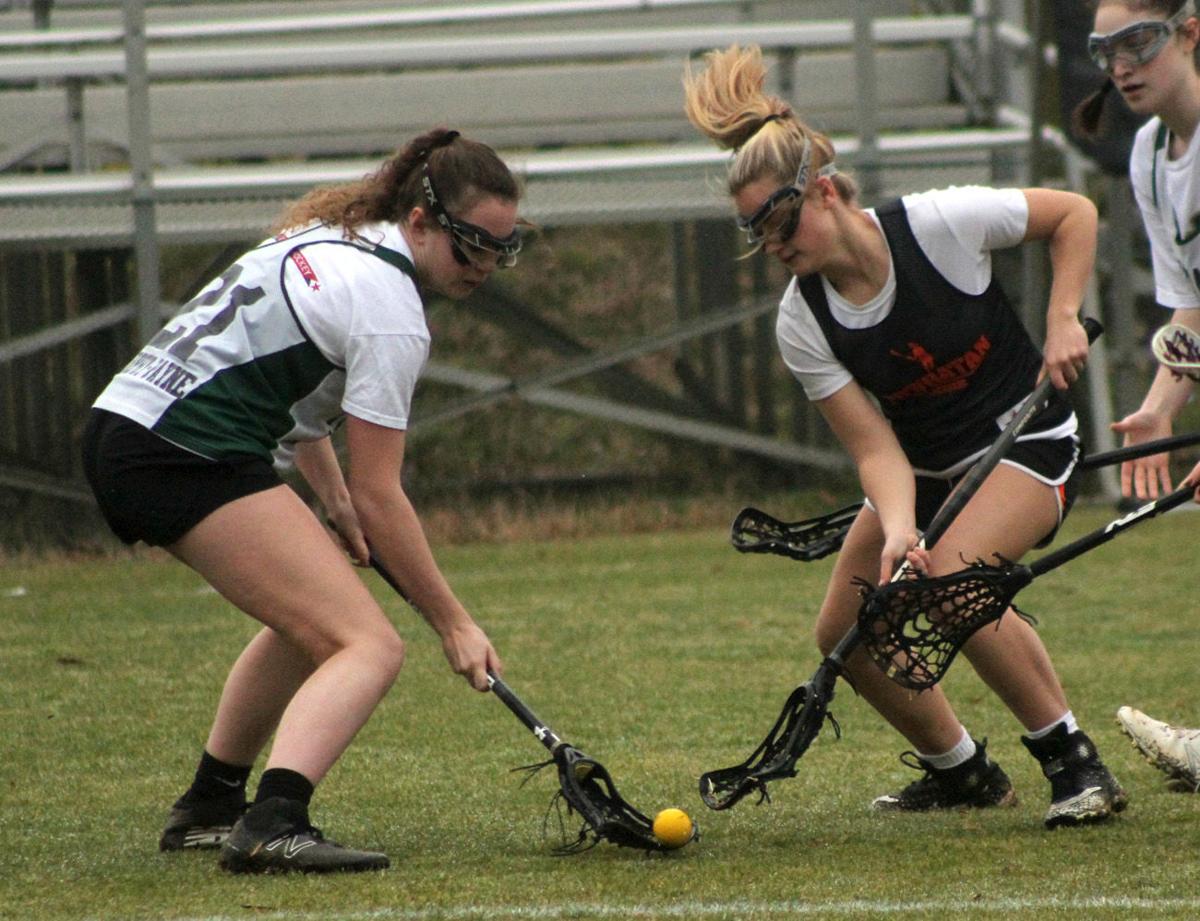 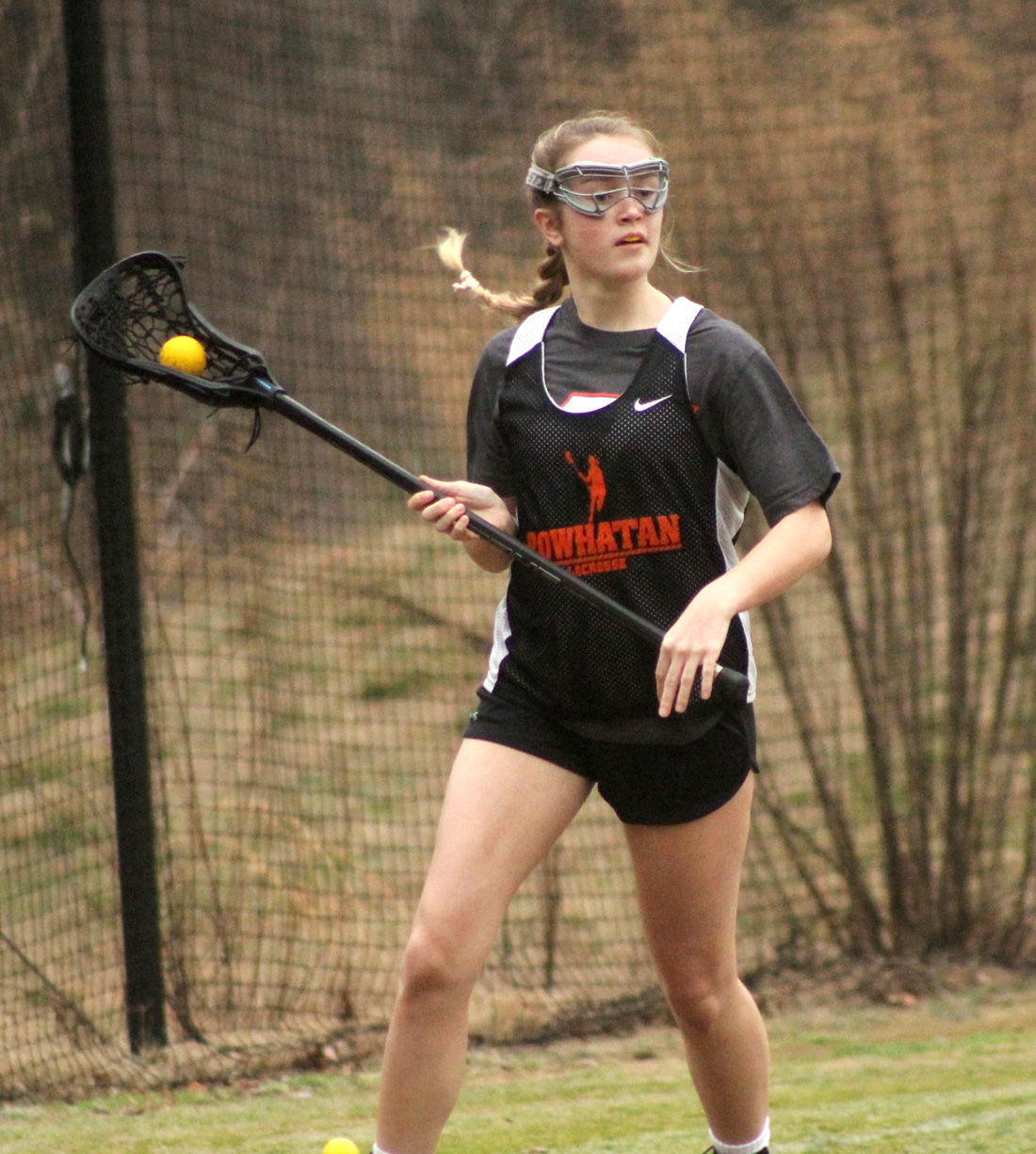 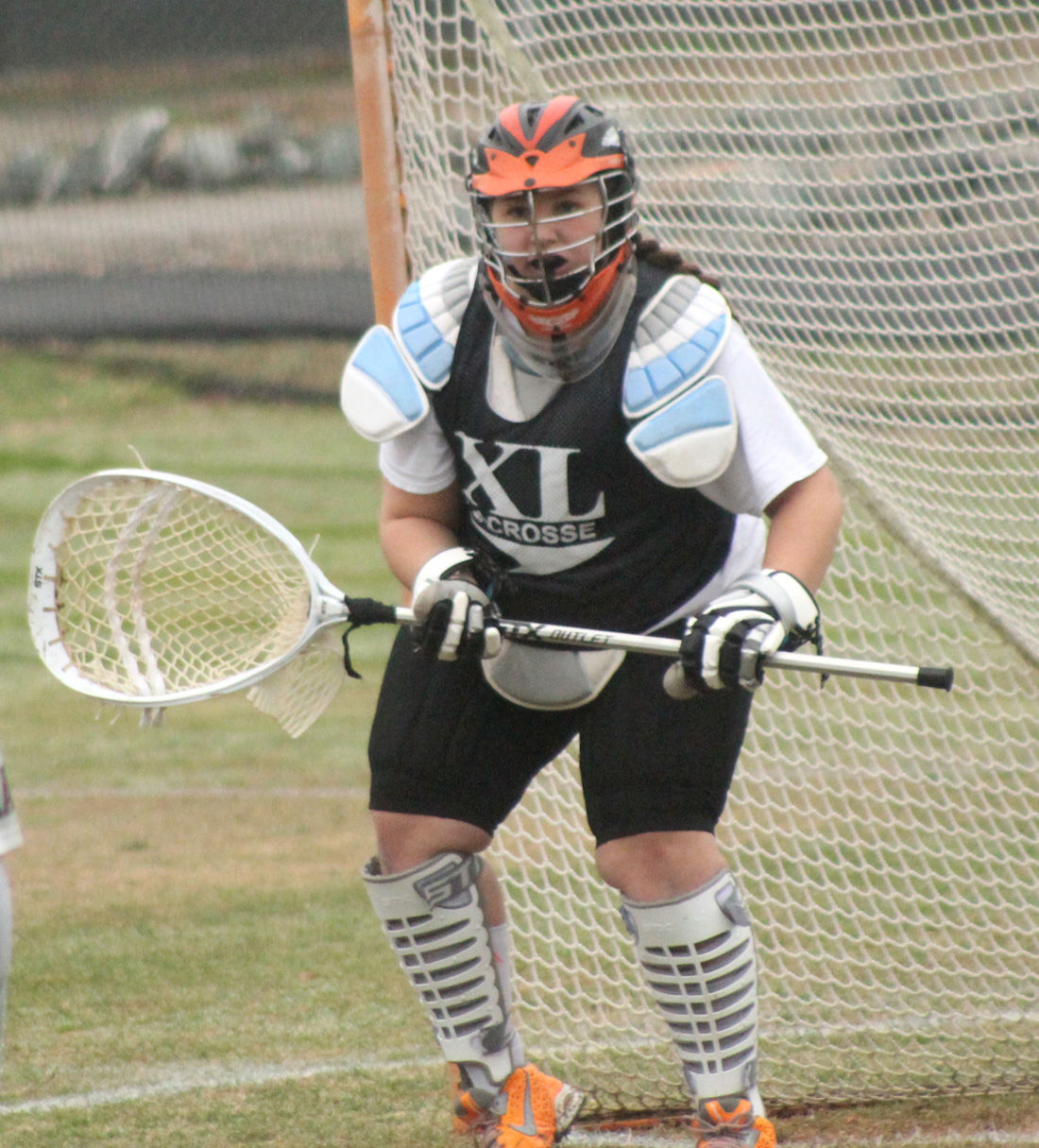 Powhatan girls lacrosse's Emily Stephenson gets ready to defend in goal in a 2020 preseason scrimmage versus Trinity Episcopal School.

Powhatan girls lacrosse's Emily Stephenson gets ready to defend in goal in a 2020 preseason scrimmage versus Trinity Episcopal School.

After graduating the pioneering class of Ashley Van Buskirk, Anna Causey, Nailah-Bena Chambers, Mary Kate Roberts, Moriah Stanley and Ellie Sullivan – six seniors who were part of the program since its first year as a Virginia High School League member in 2016 – the Powhatan girls lacrosse team is heading into 2020 with the talent and experience in place to build upon its winningest season (9-6 in 2019) to date.

“A successful season for us would be seeing the girls implement what we teach them and executing it on the field,” said head varsity coach Laura Camp. “If the girls work together, put in 100% effort every game and have fun, the wins will take care of themselves.”

She and assistant coach Angie Van Buskirk have been impressed with the development of their returners in the offseason. Riley Little, Jade Dowdy and Michala Taylor, all seniors, will be Powhatan’s anchors in the midfield in addition to sophomore Sophie Dolan. They expect another strong season from sophomore Jordan Krauss and senior Hailey Camp, both of whom were the Indians’ leading scorers last year.

Senior Madeline Cecil and sophomore Peyton Tuttle will complete the attack lineup, senior Hazel Saunders will lead the defensive lineup along with Skyler Hall and Chloe DeGroat and, according to Camp, Emily Stephenson is “ready for another stellar season in the goal.”

“She has improved every year,” Camp said of the senior goalie, “and we expect that to continue.”

She said their newcomers are a young group, but also that “they are athletic and confident.”

“Defensively, Catherine Griffith, Isabelle Carson and Sam Flippo have shown tremendous growth in the offseason and tryouts,” she said. “Lexie Campbell and Kendal McMullin both had excellent offseason play and will be a force in the midfield.”

And on offense, Kate Adams and Sophie Payne, both freshmen, had strong offseasons in indoor play. Camp expects that they will be strong assets for their attack squad.

“I’m really excited that we have a balance of seniority and younger players,” Camp said. “The seniors have been playing together for four years now, but already have a chemistry with the underclassmen. Having a JV team has enabled us to have a strong bench, with the opportunity to pull players up throughout the season. There’s not one player I don’t feel confident playing.”

The team has been moving the ball really well with quick and accurate passes, she said, and there’s been a huge improvement among the players when it comes to them using their non-dominant hands.

“They are all athletic and well conditioned, so we expect them to be able to finish games strong,” Camp said. “Defensively, the girls are doing a great job with their footwork and staying marked up.”

The upperclassman-heavy defense has been doing a great job with their slides and communication, she said. The players’ challenges have always been their assertiveness with ground balls, the coach added, so that remains a continuous area of improvement for them.

The Indians will also be putting heavy emphasis on improving their draw controls in addition to their goalie clears.

“Our JV coach was a goalie in high school, so we are excited to have someone with knowledge who can work one-on-one with our goalies and give them solid training,” Camp said.

Camp called JV head coach Kaitlin Long “a fantastic addition,” and she and the coaching staff were thrilled with the number of middle schoolers who came out to play for the first time. She added that having the JV program through Powhatan Lacrosse last year helped tremendously. The girls are now coming into the varsity team with experience, which to Camp has been a huge stepping stone for them, as it’s enabled them to build on the skills that the players have already learned, as opposed to starting from scratch.

“To be able to fill two complete teams this year is a testament to how the sport is growing in our county. We continue to have an amazing group of kids who come out eager to learn and work hard,” Camp said. “Having Coach Long and Coach Van Buskirk, both incredible coaches and people, is going to help launch our program to the next level.”

Powhatan opens the season with a four-game road stretch. Up first is Clover Hill on Monday, March 16, 7 p.m. The Indians' home opener at Powhatan High School will be held Monday, March 30 at 7 p.m. versus Thomas Dale.