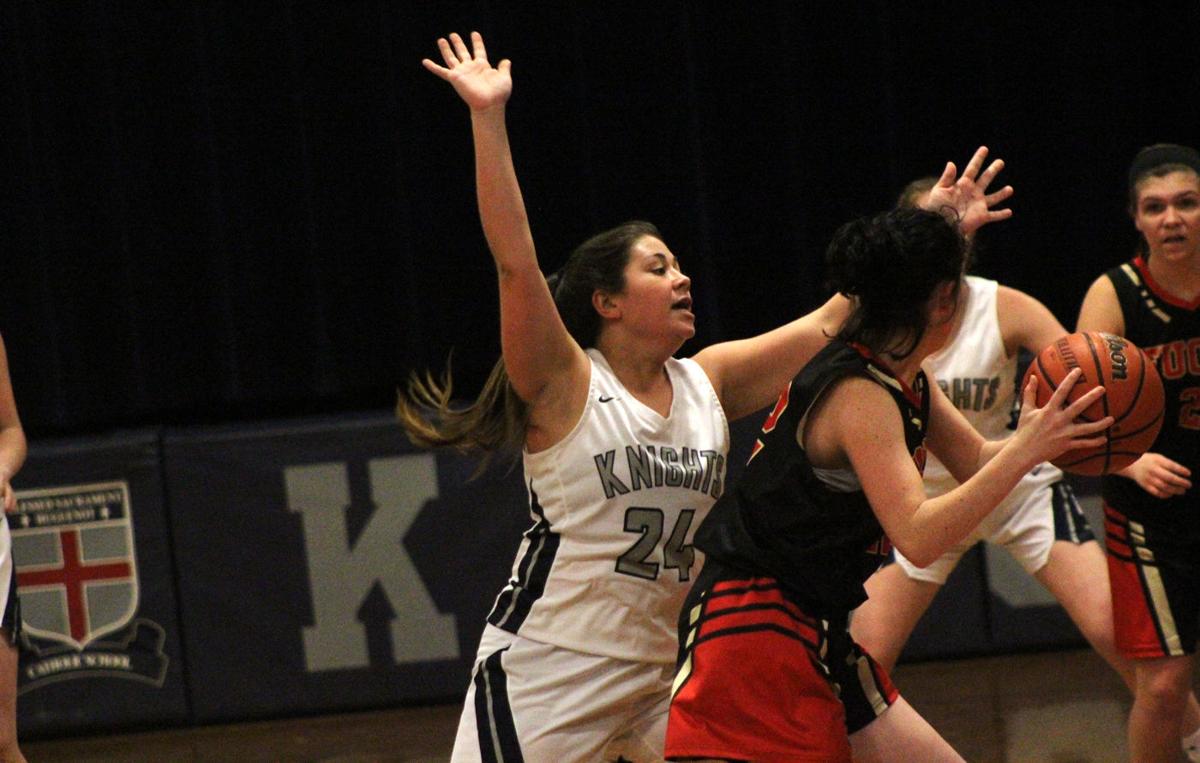 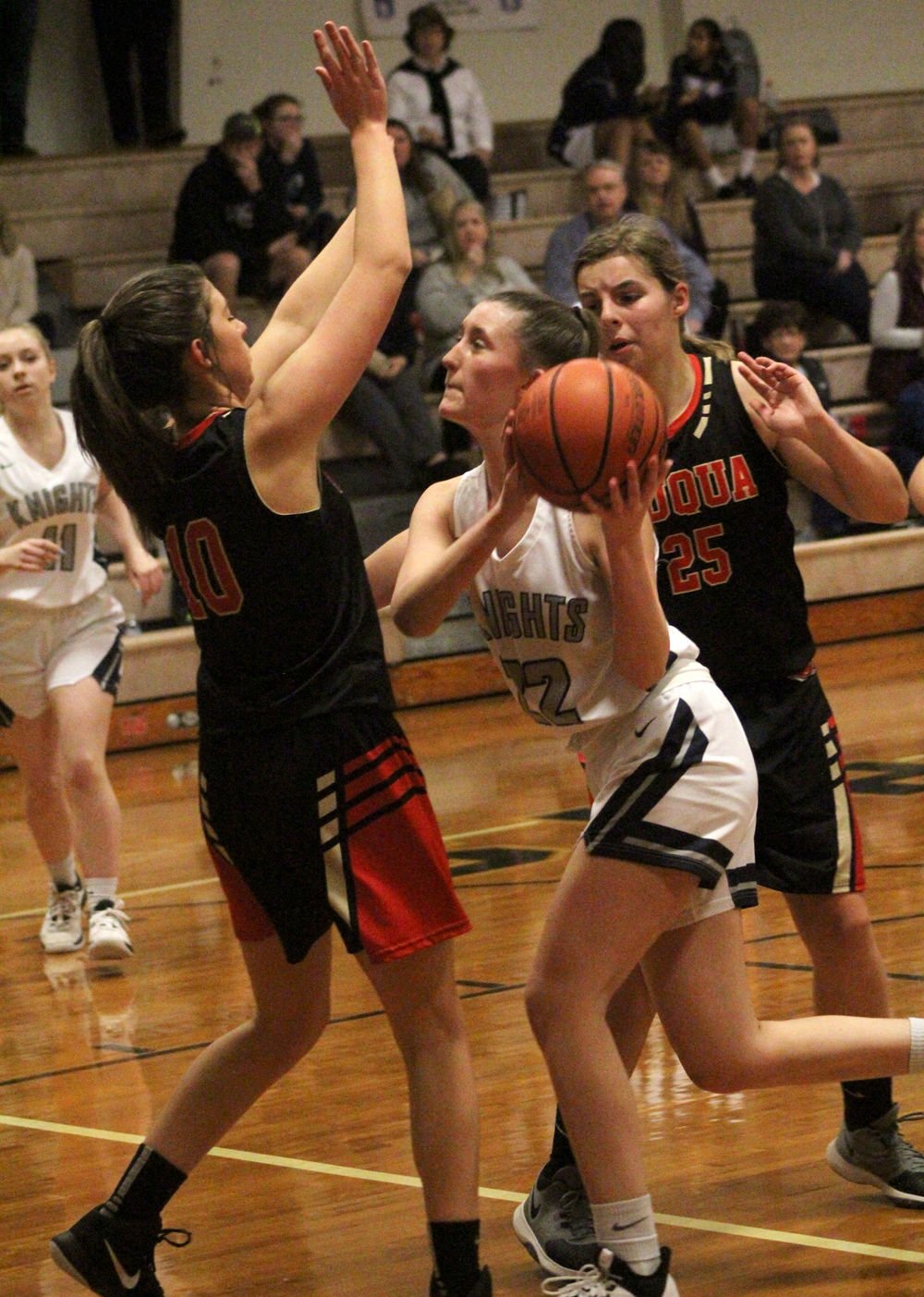 POWHATAN - Wednesday's win was characterized by second chances at the net.

Some of those came to them by way of visiting Fuqua's shooting struggles, but the Blessed Sacrament Huguenot Knights earned the rest. Stifling perimeter defense following missed baskets on offense went hand-in-hand with an early flurry of offensive rebounds to create the chances that the Knights needed to assemble a 15-0 first-half run and defeat the visitors 39-27.

"We're continuing to grow and continuing to develop this season," said head coach Phil Villiott, whose Knights improved to 7-2 and grew their winning streak to three games. He reiterated the team's great attitude, and he praised the players' work ethic.

After Fuqua netted the first bucket of the game, the Knights tore past the visitors on 15 unanswered points, seizing control of the matchup just a little ways into the second quarter. Players were able to come off the bench and glean game-time minutes before halftime and again in the second half; Charlie Potter drained a 3-pointer in the fourth quarter, Emily Smith netted two points from the free-throw line and Cabrey Forward made one.

Schiefer knocked down a pair of big three's in the opening quarter, and the Knights, whom Villiott noted have been stressing offensive rebounds with the goal of hauling in 10 in a game - made at least seven of their 18 first-half points off of boards on the scoring end. Senior Elizabeth Carter also turned an early assist into a layup after Mitchell jumped for a steal to set up the short-court scoring drive.

Eighth grader Hailey Holcombe also high-pointed two grabs in the second half, with one leading to a layup from Mitchell. Holcombe, who ended the night with 6 points, flexed her speed as she drove the length of the court for one of her two consecutive shots near the top of the third quarter.

"It's very exciting; the thing with Hailey is that she plays a lot of basketball, so she's very comfortable out there," Villiott said. "She's really patient with the basketball."

And for her teammates, Villiott noted that having Holcombe with them gives them confidence.

Fuqua appeared to run into a literal wall early in the game as the Knights' defenders locked down the perimeter to limit the visitors' looks at the net. BSH also mixed full-court pressure into their play early on.

Seniors Carter and Sidney McMinn, who were part of the Knights' defensive efforts, each added a 2-point bucket on offense.

The Knights get a crucial matchup tomorrow as they play at Richmond Christian (10-3) with tip-off scheduled for 6 p.m.