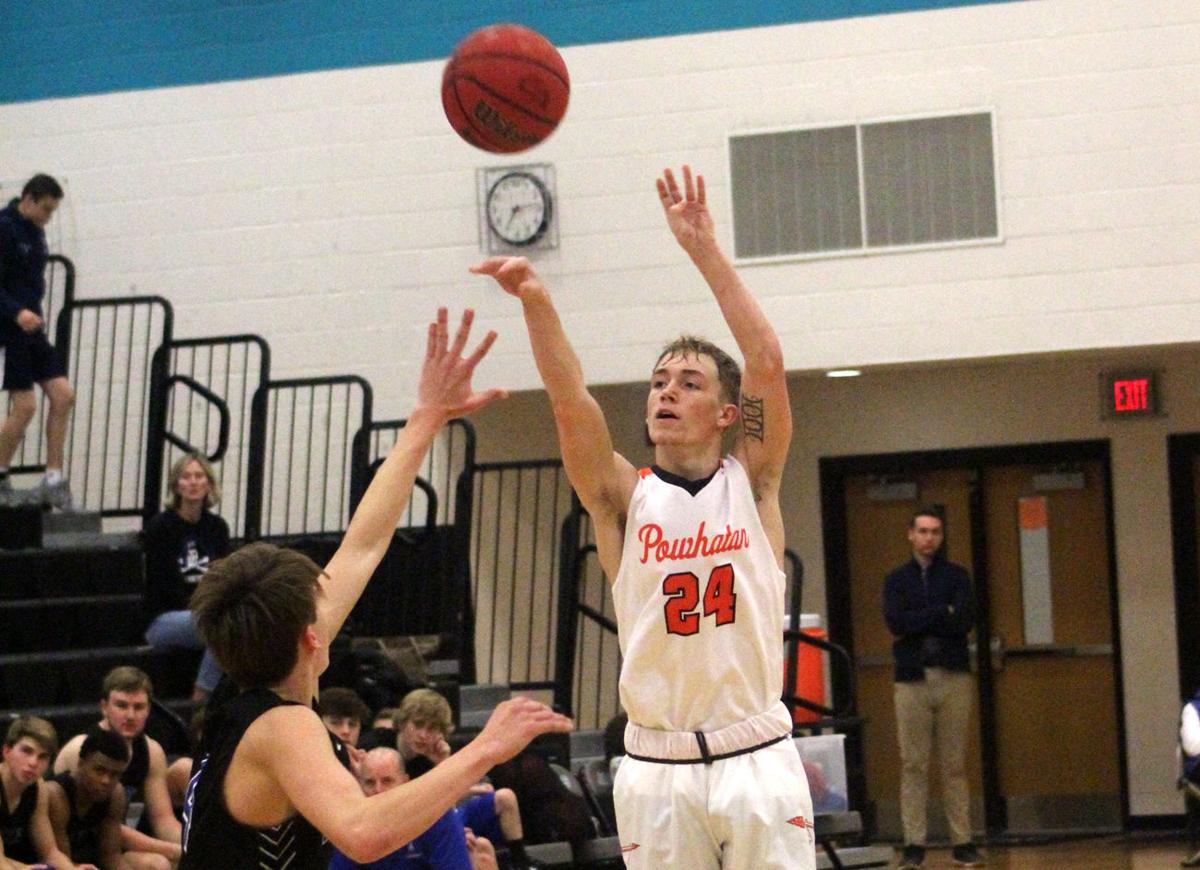 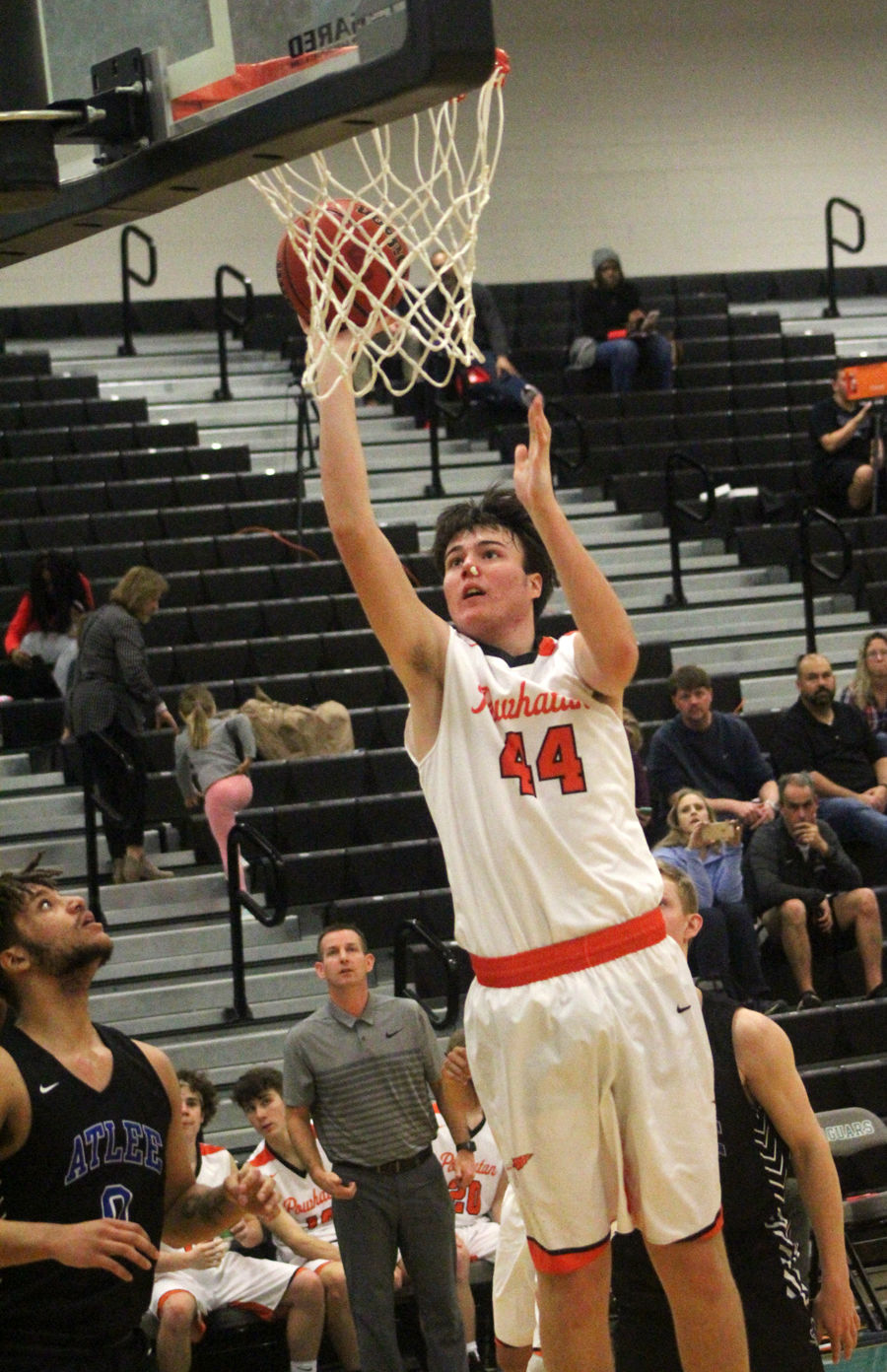 Powhatan's Ethan Kramer goes for the layup in the post in Saturday's Glen Allen High School invitational game versus Atlee. 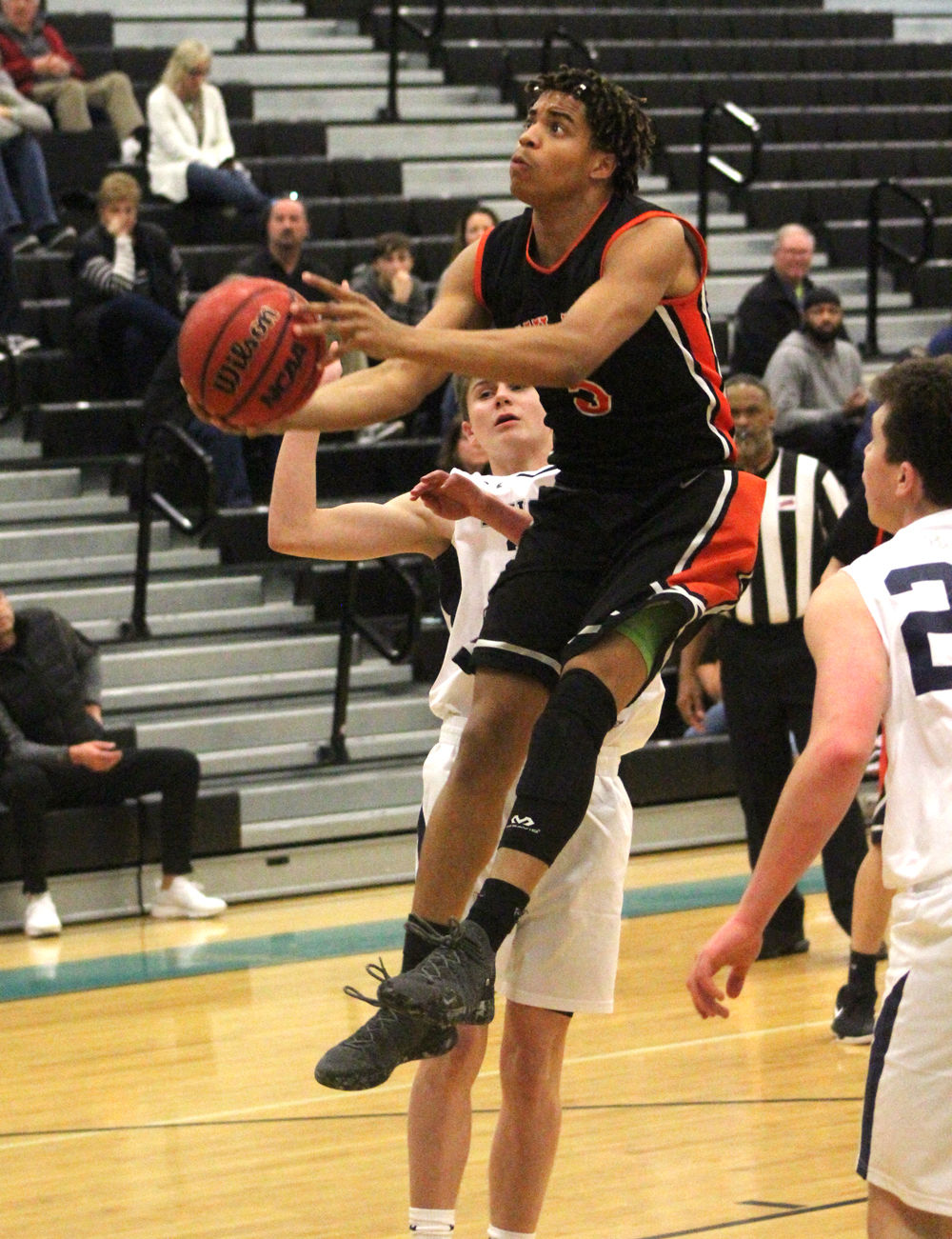 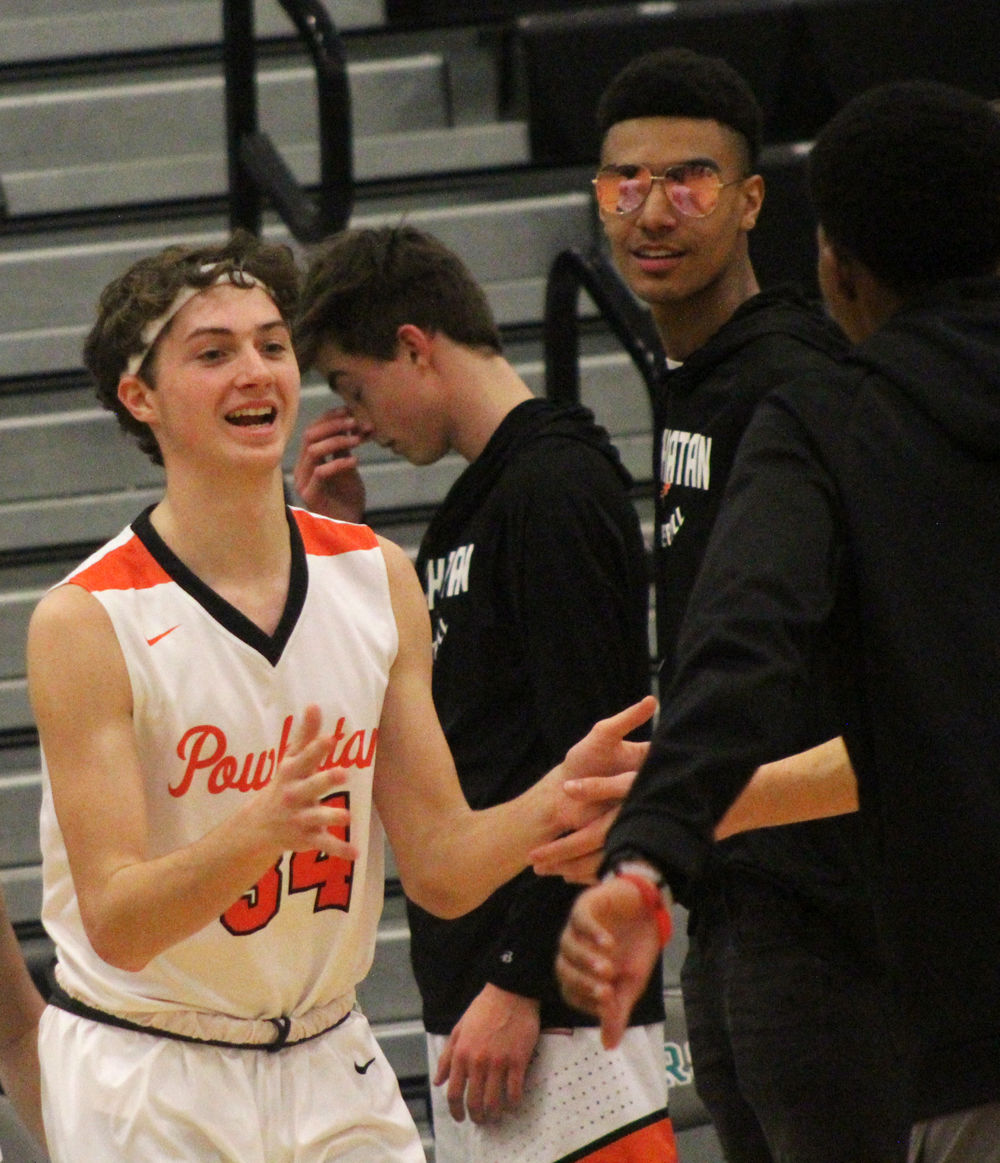 Logan Wyatt (at left) is introduced as part of Powhatan's starting lineup versus Atlee.

Powhatan's Ethan Kramer goes for the layup in the post in Saturday's Glen Allen High School invitational game versus Atlee.

Logan Wyatt (at left) is introduced as part of Powhatan's starting lineup versus Atlee.

GLEN ALLEN – The general idea is that teams head into games never hoping to lose, but always hoping to learn from them.

The idea also is that, even when you lose, you can learn from defeat.

And while it’s been tough sledding for Powhatan’s young boys basketball team as it completed the 7-game 2019 portion of its 2019-20 season without a win in the scorebook, the players – none of whom held fulltime starting varsity roles last season – continued to glean crucial gametime experience as they took on a challenging three-game varsity invitational at Glen Allen High School.

Powhatan head coach Ryan Marable told his players that every possession is like a quiz.

“Something that you haven’t seen is a new question,” he said. “But we can’t keep missing the same question over and over…it’s not a controlled environment; what happens in practice, I can control it. But when it’s in the game, they have to control it and make sure it doesn’t happen again and then…it’s not football where you get a chance to talk about it and call the play; it’s a continuous game and you only get so many timeouts.

“But I was proud of our guys. We’re so inexperienced, and three games like this against 5A schools…really helps us just continue to get better and get experience – the right experience,” Marable said. “If you’re gonna lose, you want to lose to good programs and teams that are well-coached and run good stuff, and that can prepare you for the rest of the Dominion District.”

As the invitational progressed, so did individual players’ points totals. In Powhatan’s first game – a 54-24 setback to Douglas Freeman, led by Caleb Kenney and Omari DeVeaux with 15 and 14 points, respectively – Logan Wyatt was Powhatan’s top scorer with 9 points. But the next night against host Glen Allen – who, with five players netting double-digits and Garrett Cox scoring 19 points, won 84-47 – Wyatt made 10 – and he was Powhatan’s second leading scorer behind senior Jay Harris, who poured in 18.

And then, facing Atlee on Saturday, Powhatan had three players reach double-digits in the 69-44 loss as Wyatt knocked down five three-pointers to lead the team with 15 points, Harris racked up 14 with the help of three three’s of his own and six-foot-seven junior Ethan Kramer, who is continuing to find his footing in his first year on varsity, tapped into a rhythm in the second half and netted 11.

“I think all of our guys have gotten better individually,” said Marable, who added that senior Trey Moore “has gotten so, so much better from a leadership standpoint, getting guys in the right spots.” Moore also rebounded well against Atlee, and when facing Glen Allen, he made two three-point attempts in spots where two of his teammates – Sam Moniz and Scott Wyman – were wide-open in putting-back the misses.

“He’s the extension of the court, so his positive energy is really helping these guys who don’t have a lot of experience,” Marable said.

Powhatan had to play most of the invitational without starters LJ Alston and Brylan Rather, both of whom went out of Thursday’s game against Freeman with concussions in the first quarter.

“That really set us back as far as what we had prepared to do and then what we were able to do just from a personnel standpoint,” Marable said. “But I’m proud of our guys…individually guys got better at certain spots…we just need to continue to really make sure that we can clean up some of the things that keep happening.”

Facing standouts like Freeman’s Kenney and Atlee three-sport standout Tyler Warren – who on Friday reached 1,000 career points and on Saturday added 26 points against the Indians – can help Powhatan’s players be better this time around when facing Dominion District teams that they’ve seen earlier in the season, like Cosby. The first-third of the season is over, but Marable said they could see this stretch as their preseason.

“We’ve kind of seen everything now, and we’ll see more of the same,” he said, “so hopefully, now that we’ve seen it, we can correct some of the things and continue just to get better.”

He added: “I just want our guys to stay together and realize that it’s tough sledding being inexperienced and playing against the schedule that we’re playing, and that we’re not asking for handouts – we’re just gonna go and keep trying to earn everything and make the teams that we play earn everything, and, at the end of the day, if we don’t have any regrets, then it’s a win, and we can go home happy and sleep better that night.”

The Powhatan boys’ basketball team returns in 2020 to play at George Wythe on Monday, Jan. 6 at 7 p.m.