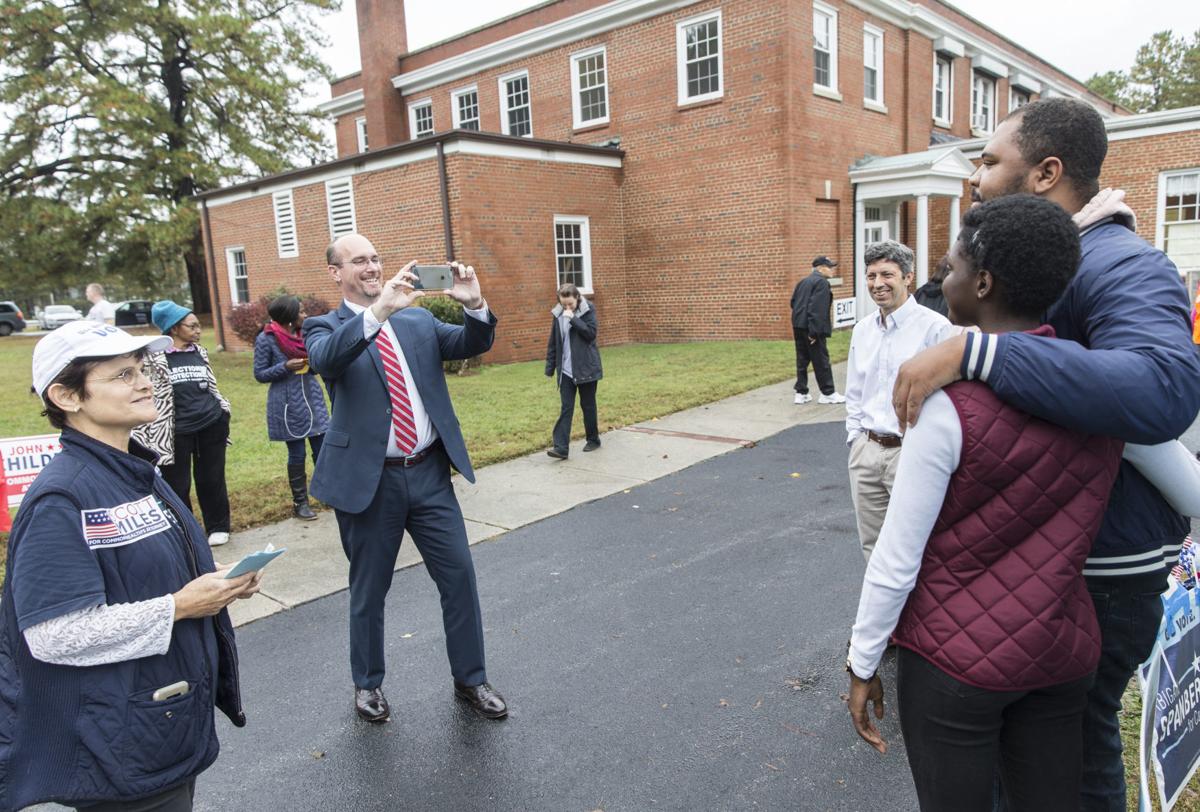 Scott Miles, the Democratic candidate for Chesterfield County commonwealth's attorney, takes a photo for Chris Cheeks and his sister Laekyn Taylor as he campaigned at Southside Baptist Church in Chesterfield on Tuesday, Nov. 6, 2018. 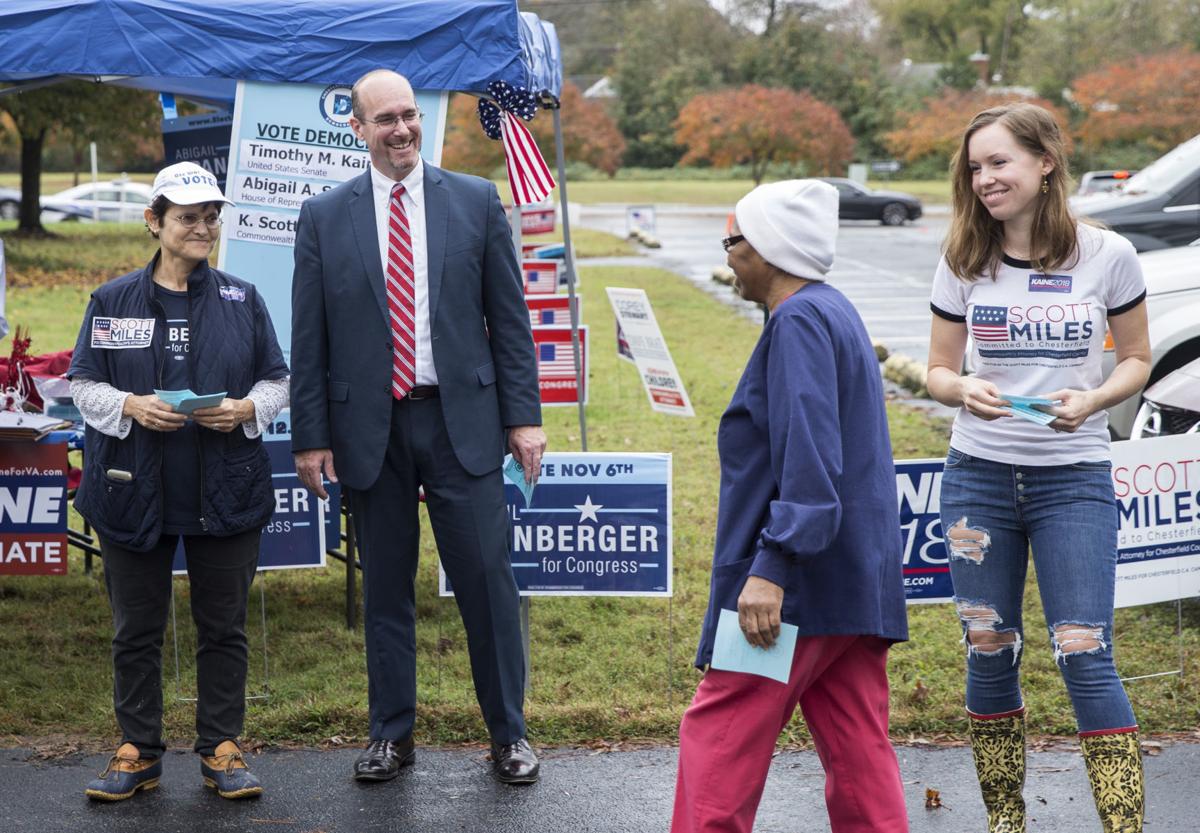 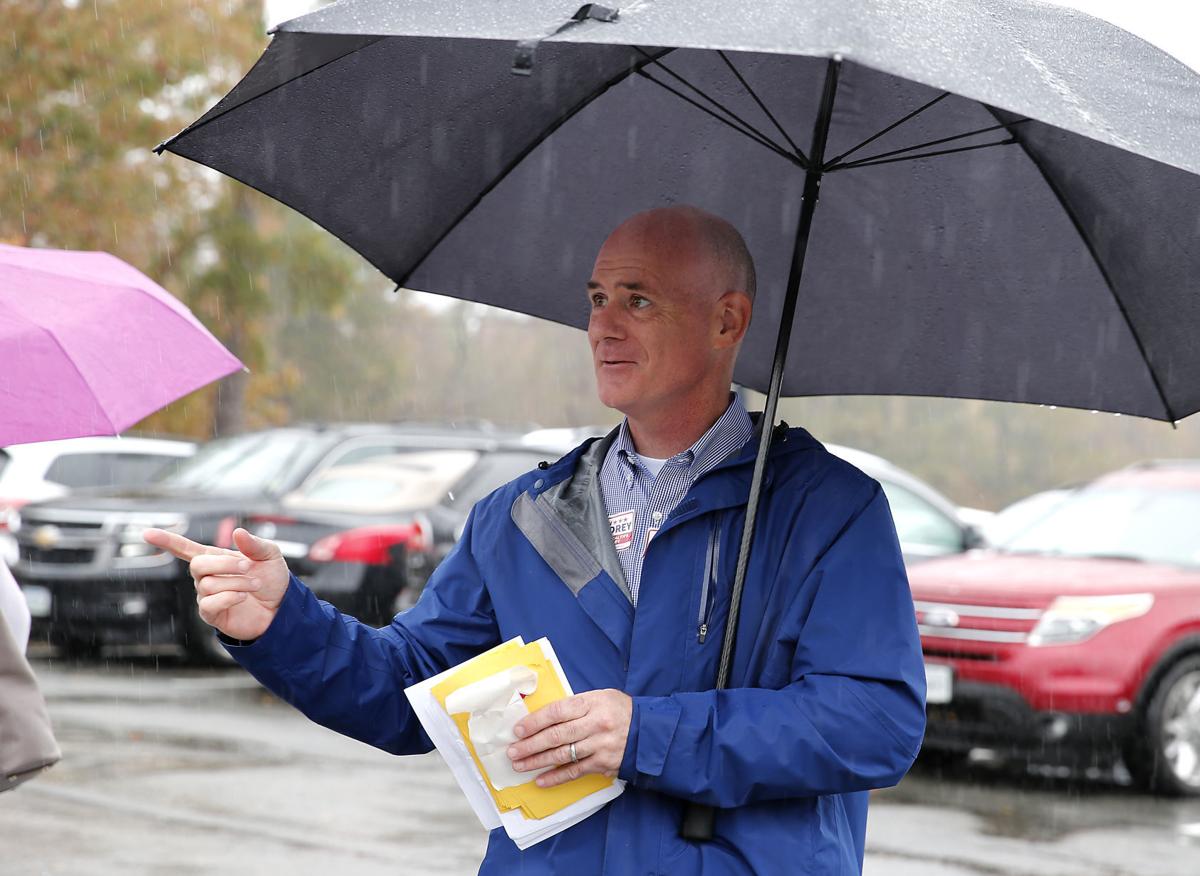 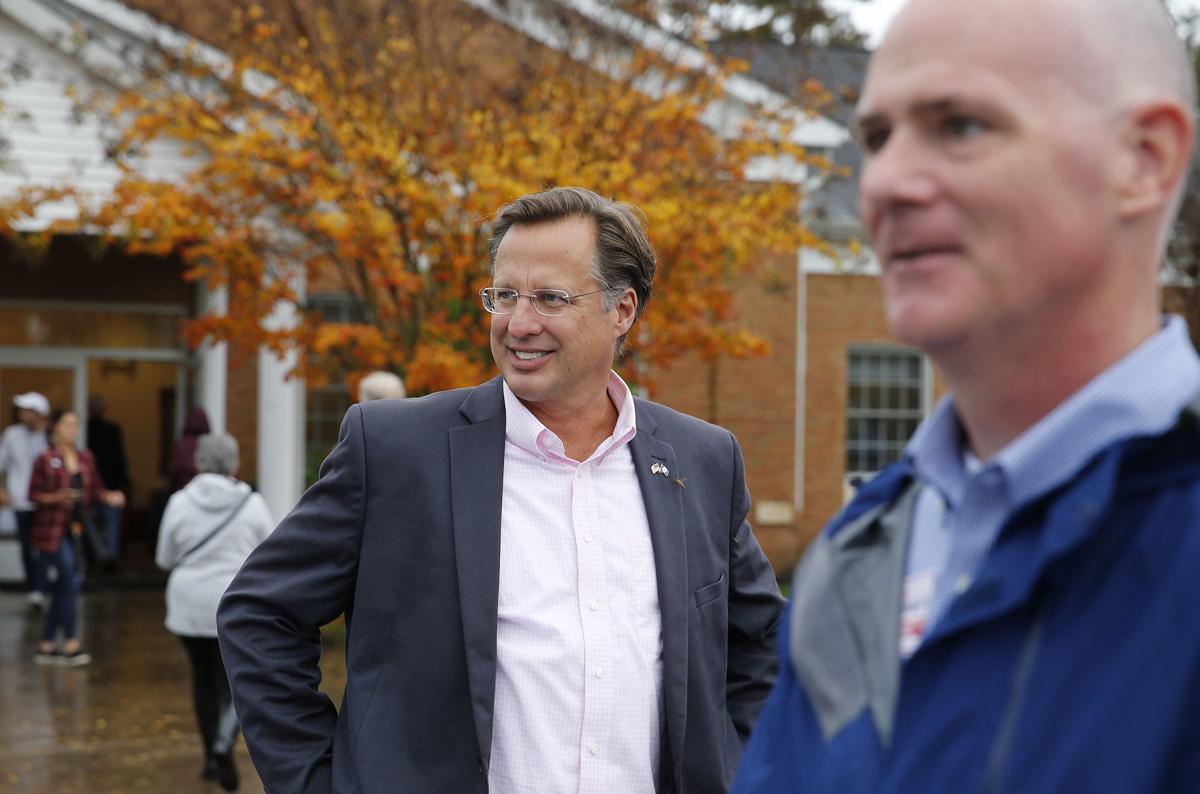 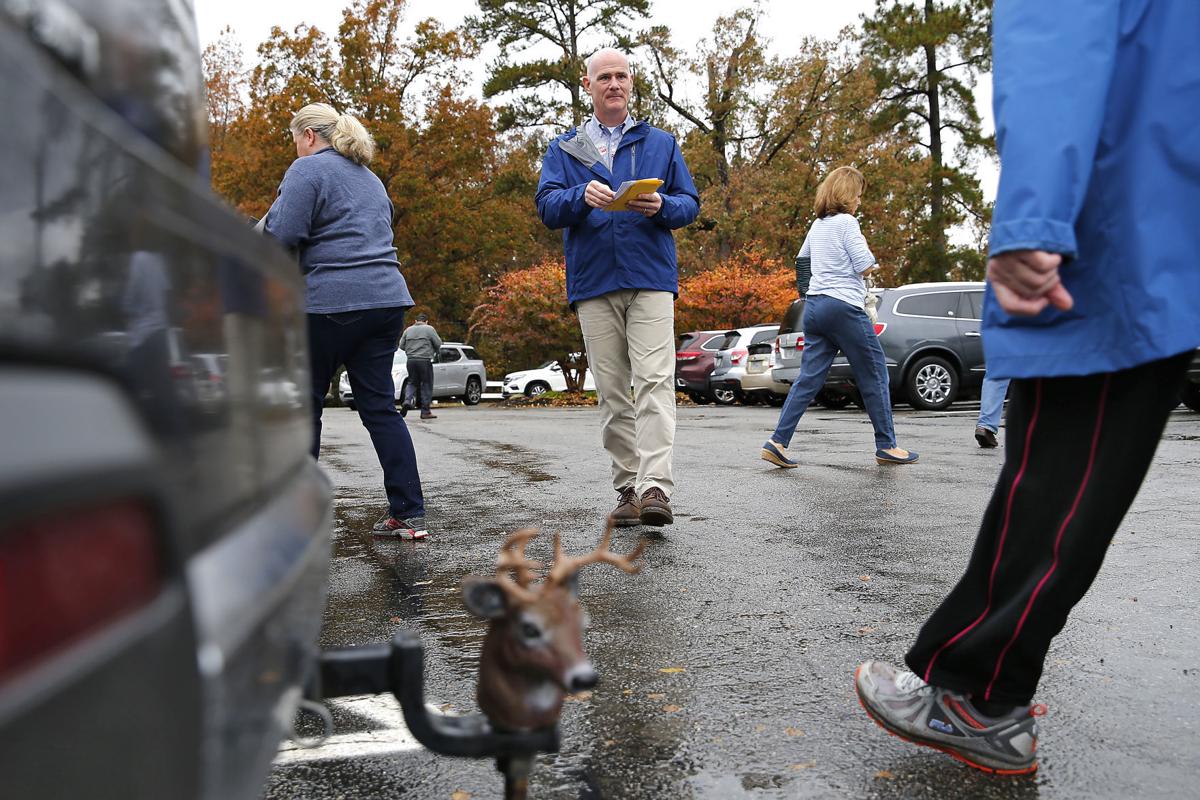 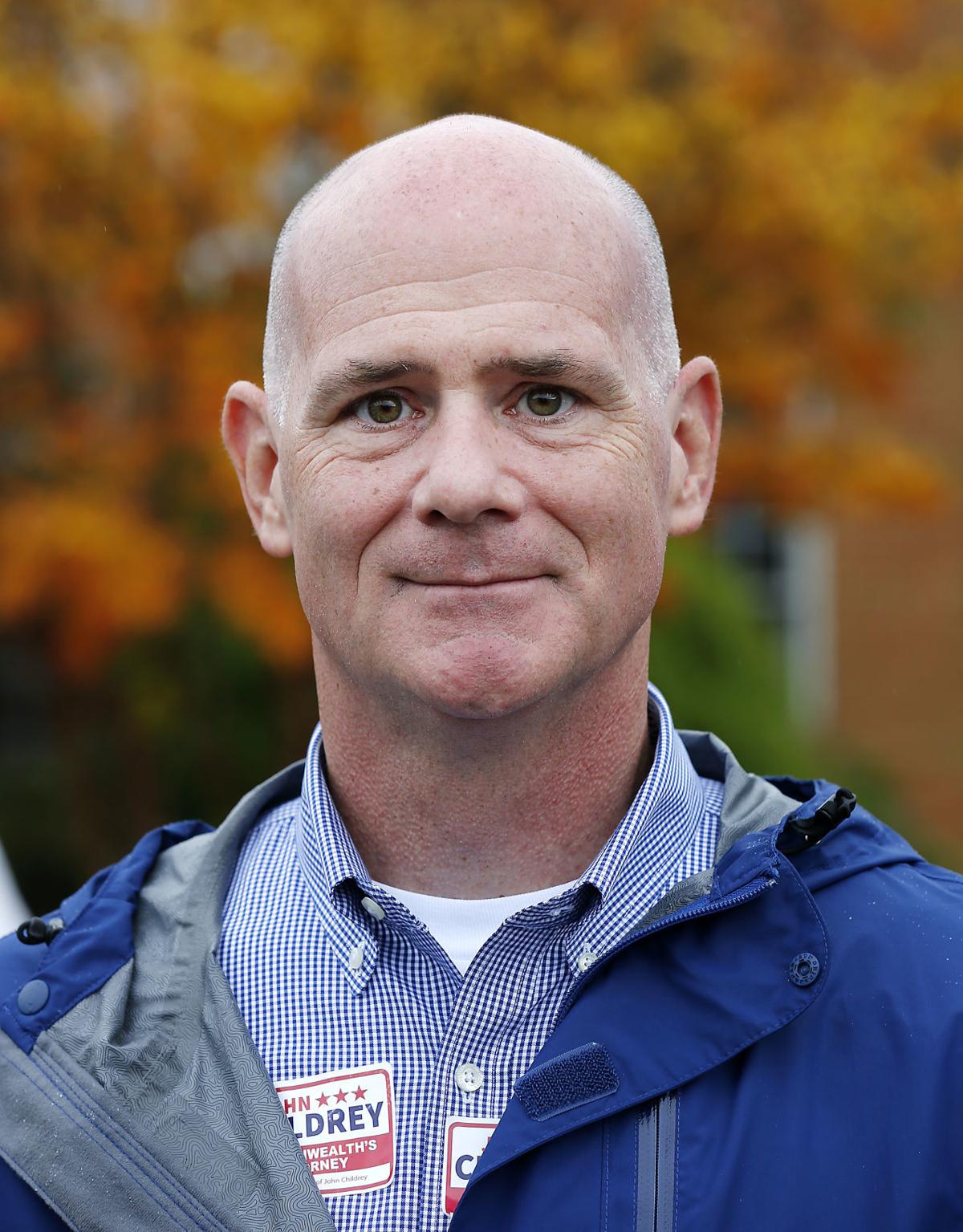 Scott Miles, the Democratic candidate for Chesterfield County commonwealth's attorney, takes a photo for Chris Cheeks and his sister Laekyn Taylor as he campaigned at Southside Baptist Church in Chesterfield on Tuesday, Nov. 6, 2018.

Miles, a Democrat, maintained a lead over Childrey, a Republican, throughout Tuesday night, but the margin remained small, according to unofficial results from the county registrar’s office.

The race had become a referendum of sorts on whether voters were satisfied with the Republican status quo — which was under the leadership of former Commonwealth’s Attorney Billy Davenport, who retired July 1 after three decades at the helm — or wanted a fresh approach with a Democratic change in leadership and progressive policies.

The winner will serve the remaining year of Davenport’s final four-year term, but will have to run again in 2019 for a full, four-year term that will commence in 2020.

Miles, a defense attorney who served four years as a Richmond prosecutor but sought in 2016 to lead the Richmond Public Defender’s Office, has proposed a host of social justice reforms to counter policies that he said disproportionately affect poor and minority defendants. His proposals include eliminating cash bonds for nonviolent offenders and releasing them on a written promise to appear in court, and reducing felony drug offenses to misdemeanors for defendants charged with simple possession of any drug and seek no jail time for the offenders.

During the campaign, Miles argued that the office failed to adjust its policies and procedures during Davenport’s lengthy time in office to reflect Chesterfield’s changing racial, socioeconomic and politically diverse population.

In addition to his bail and drug reform proposals, Miles has said that under his leadership, he would avoid suspending driver’s licenses for behavior that doesn’t reflect dangerous driving; would no longer demand jail time for safe drivers who are caught driving while suspended for subsequent offenses; and would no longer require jail time for repeat offenders convicted of possessing marijuana.

“Ultimately, our community gets to decide how it is prosecuted by electing the person who will exercise discretion in ways that either benefit or hurt it,” he said.

Childrey, the establishment candidate who has 18 years of service as a county prosecutor, has stuck with a more traditional campaign that focused on supporting victims of crime, strongly backing the police department and keeping Chesterfield safe. Childrey described Miles’ proposals as a potential public safety “disaster,” saying they haven’t been implemented anywhere in Virginia and that sweeping changes aren’t needed because the prosecutor’s office has long been regarded as one of the state’s best.

Childrey also ran on his experience as a prosecutor and leader, noting that he frequently has been sent to help other jurisdictions handle difficult cases.

God help the law abiding citizens of the county because Miles won't.

Hey Jerome, instead of a meaningless remark how about explaining which policy proposals of Miles' you don't like, and why? Do you know what his policies are?

Don’t hold your breath, Adrian. J-roam just spouts these “Lordy Lordy” accusations without ever explaining what they are based on. His personal beliefs, no doubt. Like most conservatives... giving more credibility to their “beliefs” than to cold hard facts.