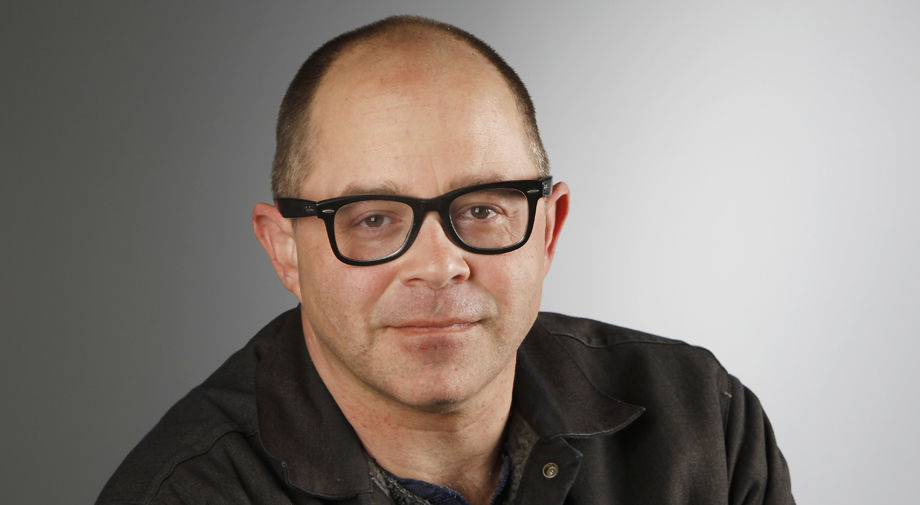 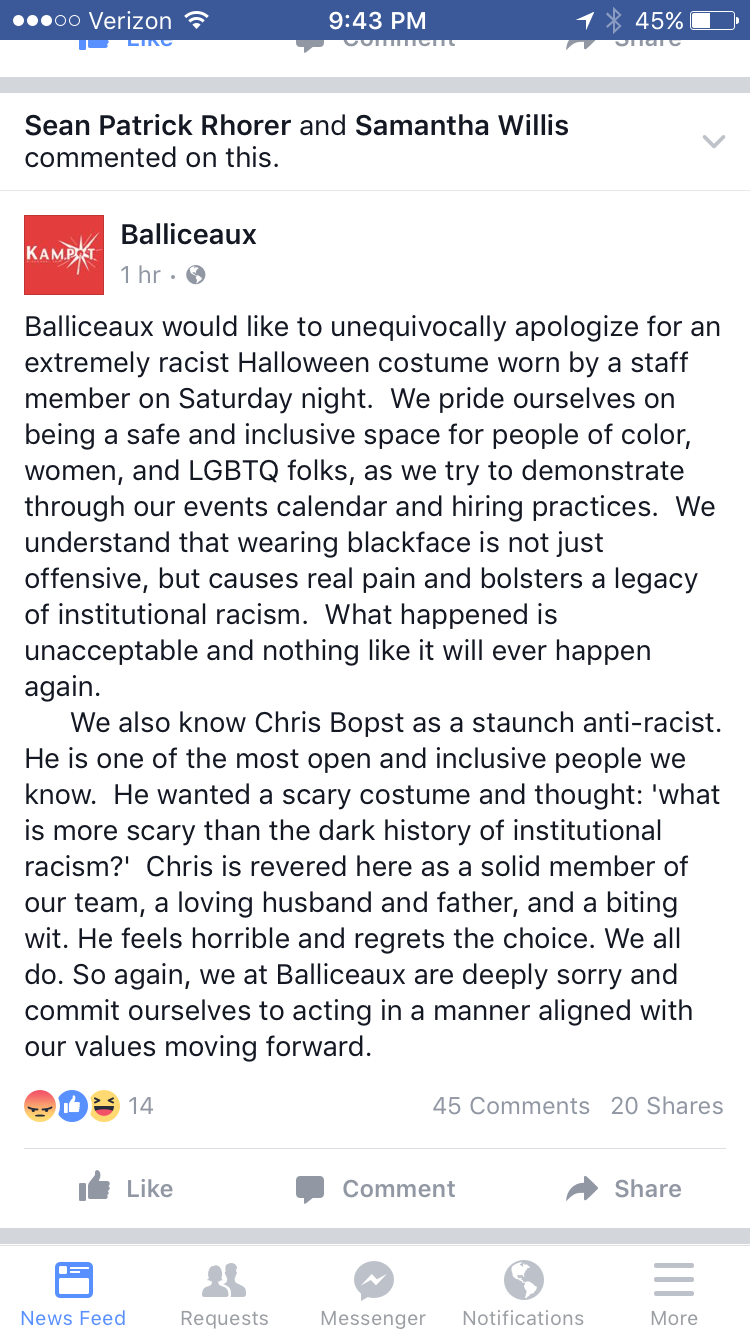 The man who booked music for Balliceaux, a restaurant and music venue in Richmond’s Fan District, is out of a job after he caused a social media firestorm by dressing in blackface as part of a Halloween costume over the weekend.

Chris Bopst, who on Saturday posted a photo of himself on Facebook dressed in blackface with a red bow on his head, said Monday that he is “horrified by my actions” and called the incident “my worst nightmare.”

“I have to live with that,” he said when reached by phone Monday. “I’m beyond upset.”

On Monday, Bopst quit his position as Balliceaux’s music booker to put some distance between himself and the club.

“I want to limit what damage is done to them,” he said. “They should not be held accountable for my actions.”

Bopst, a founding member of heavy metal band GWAR, has been a fixture on the Richmond music scene for more than 30 years.

Bopst wrote a music column as a freelancer for The Times-Dispatch from 2011 to 2013, and until recently, he was a contributor to Style Weekly. In an email Monday, Style’s publisher, Lori Collier Waran, said Bopst “was an independent contractor who is no longer providing services.”

Style did not respond to a Times-Dispatch inquiry on the time and nature of the separation, but the same statement was posted to the publication’s Facebook page Monday afternoon.

Bopst said in a Facebook post early Monday that he wore the costume to be thought-provoking and funny but has since realized that the costume was in poor taste.

“It wasn’t until I woke up Sunday morning that I realized how seriously wrong I was,” Bopst wrote. “Since then, I’ve experienced an acute moral revulsion with myself that I can’t accurately describe. It’s a queasy sickness; an all-composing sense of regret twisting and turning in my stomach.

“All I know is that I deserve it.”

Part of the social media backlash stemmed from posts that have since been deleted from Facebook.

Early Sunday, Bopst posted an initial apology on Facebook that he later deleted. Balliceaux posted an apology Sunday evening, but the restaurant deleted it soon afterward.

On Monday, Bopst said he has had trouble sleeping and has received threats against himself and his family since the post began blowing up over the weekend.

Bopst said he especially regretted hurting the reputation of Balliceaux and those who work there. Since the photo began making the rounds, Balliceaux’s Facebook page has been flooded with dozens of negative reviews. The restaurant’s half-dozen Yelp reviews since Sunday have all been one star.

“I cannot let my actions hurt good people,” he said. “I’ll try to do everything I can to make this right.”

Despite the backlash on social media, Bopst said no one complained to him about his costume on Saturday.

“It was a party,” he said. “I wasn’t thinking about how that would be interpreted.”

Balliceaux owner Steve Gratz said that he and his staff “could not regret the situation any more than we do.”

“We are deeply, deeply sorry,” he said by phone from the club Monday.

Gratz, who said the costume went unnoticed because the club was crowded and Bopst was working in an area that was dimly lit, vowed that he would have taken swift action if anyone had complained about Bopst’s attire.

“If it had been brought to our attention, we definitely would have asked him to leave,” Gratz said.

“Hopefully, we’re going to try to push on,” he said.

Tiffany Jana, a diversity expert with TMI Consulting in Richmond, said Bopst’s apology must be more than words.

“He needs to get into this issue and commit himself to working to be part of the solution,” she said.

Although Bopst’s actions can be considered appalling, she said, they also can serve as a conduit for further discussions about race.

“The most important result of his thoughtless act was instigating an important dialogue,” she said. “If we fire and crucify everyone who makes a racialized blunder, we will discourage any kind of honest dialogue.”

Balliceaux restaurant at 203 N. Lombardy in the Fan District is closing on Jan. 8 and some high-profile restaurant owners are opening a new sp…

Bryan DeVasher credited reporters Bob Woodward and Carl Bernstein, whose stories on the Watergate scandal presaged the end of the Nixon presid…