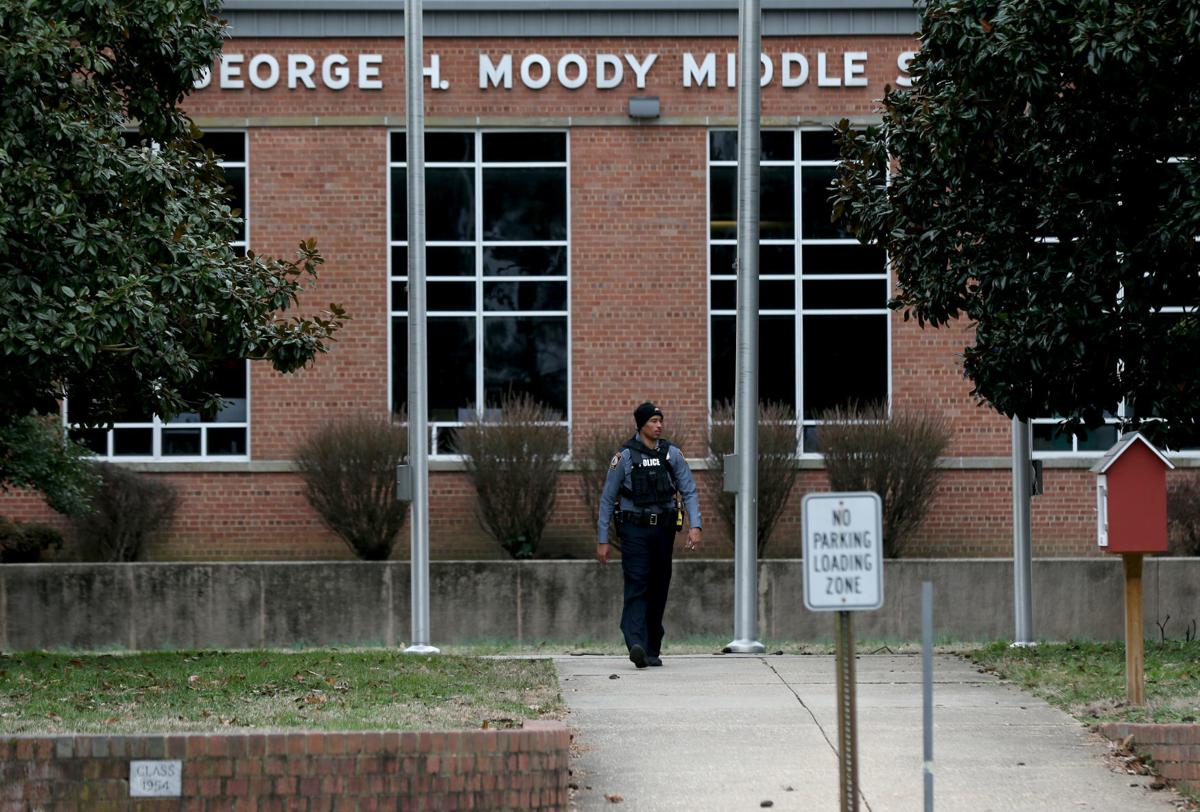 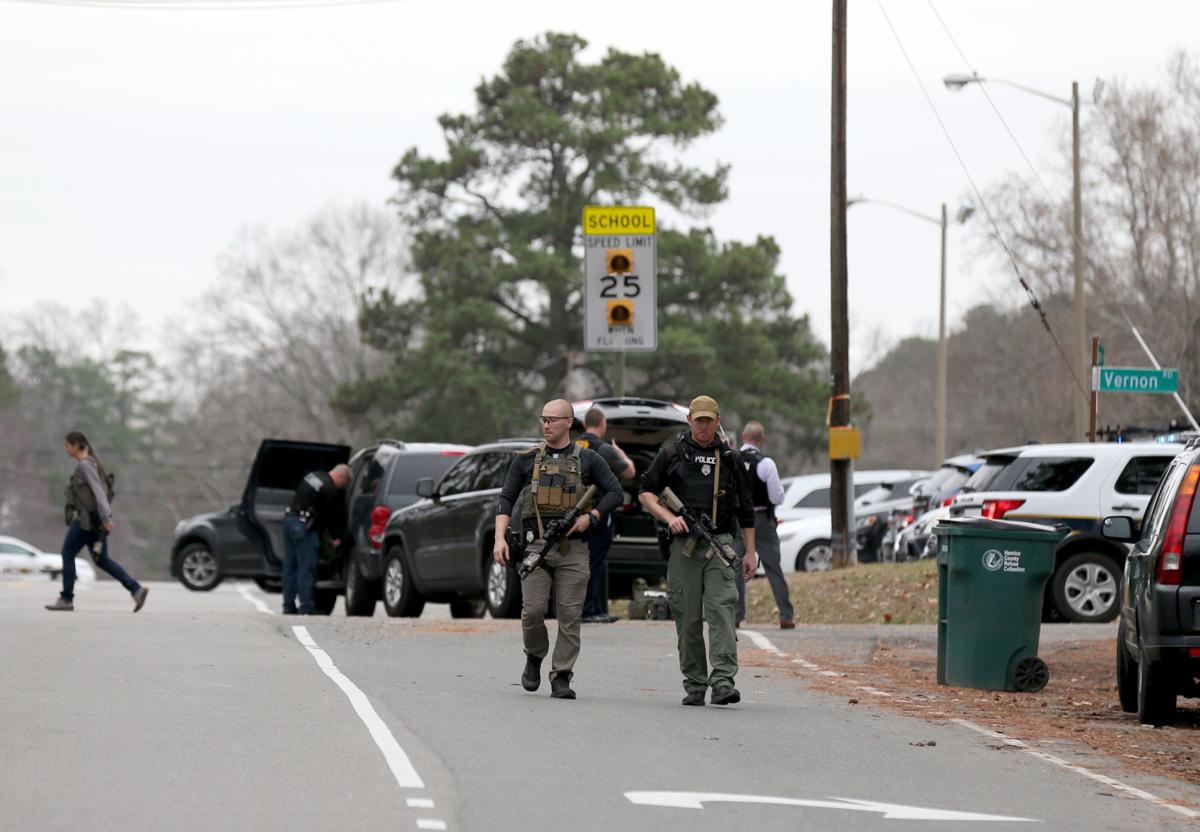 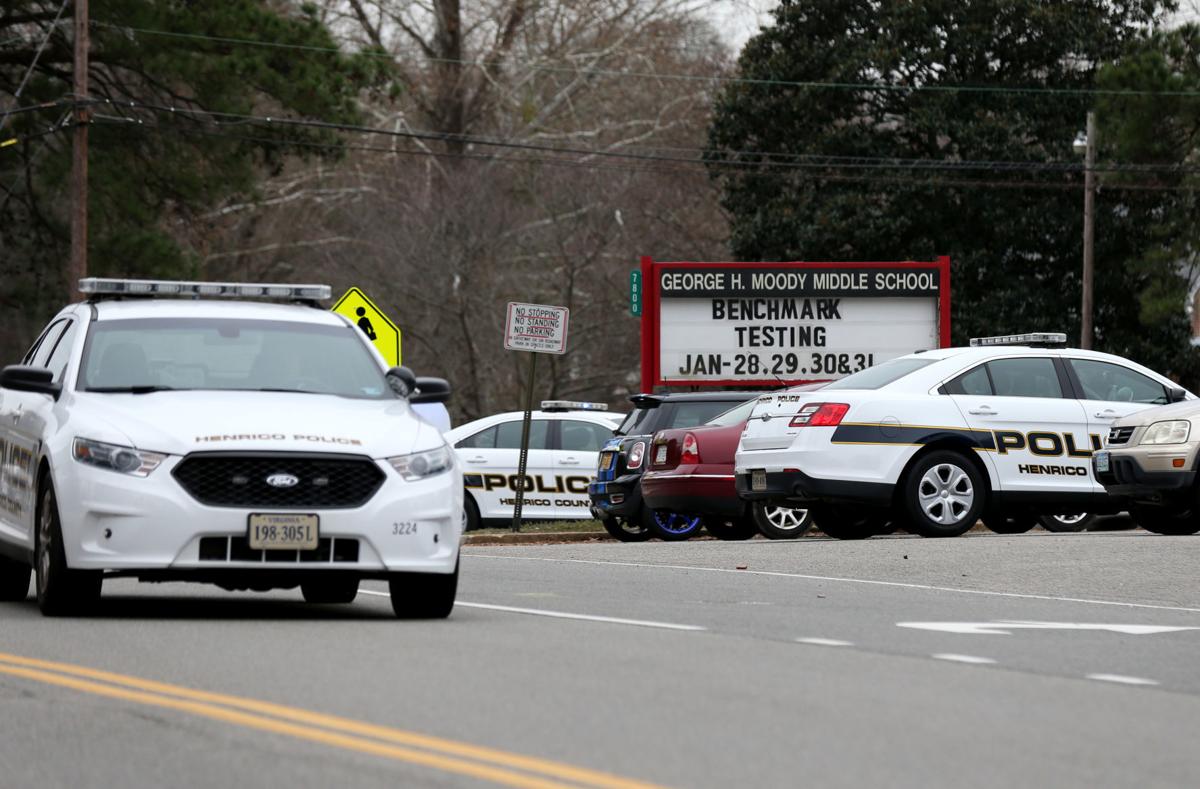 What appears to have been a false alarm of an active shooter prompted a search of Moody Middle School on Monday that found no shooting had occurred and no students were injured, according to Henrico County officials.

“All students are safe,” school system spokesman Andy Jenks said in a note to the Moody Middle School community after the noontime scare.

Classroom instruction resumed “under a ‘lock and teach’” condition around 1:30 p.m.

Around noon, Henrico police received a 911 text message reporting an active shooter. Its source was still being investigated, but police said they had identified a person of interest. Police Lt. Matt Pecka said he couldn’t comment further, as investigators were still looking into the matter “into the evening hours.”

“Preliminary investigation reveals that this is a false call,” Pecka said. “Unfortunately, it does prompt a large presence of first responders. But it’s ultimately what we’re trained to do.”

Students remained in their classrooms while police conducted their door-to-door search of the school.

“Our main goal is that everyone gets home safe,” said Pecka, adding that the department takes these incidents “very seriously.”

“We can say confidently, once again, that there was never an ‘active shooter’ on the premises,” Doss said. She added that the school will have an additional police presence Tuesday and counselors to provide support.

At 12:05 p.m., the police department’s Twitter account sent an automated tweet saying police were responding to a report of an active shooter around the 7800 block of Woodman Road. That’s the block where the school is located. Twenty-one minutes later, a department spokesman tweeted that “police are on scene and there are NO reported injuries. Henrico police continued to clear the school to ensure everyone’s safety.”

Further updates flowed directly from both the police and schools spokesmen throughout the incident.

The police department’s Twitter account has a bot that scans its active-calls log and automatically tweets priority 1 incidents — those are calls where police respond with lights and sirens on, like incidents involving an active shooter. Police said it’s important to keep the community informed, especially when people may see a heavy police presence at a location.

These auto-tweets began around the same time the region’s police departments encrypted their scanners, no longer allowing residents or the media to listen in, and created separate automated lists of active emergency calls.

Gun control advocates no law will prevent this. Somebody in the school probably didn’t want to take a test and ruin their GPA do they call this in. However HENRICO PD did an excellent job .... our police force is the best of the best

Gun control laws in other countries prevent this. What makes VA so special?

You now what you never hear of in other large first world democracies? Schools being cleared for gun threats.

With national common sense gun control laws in place the credibility of such a threat is SO infinitesimal that students don’t even waste their time.