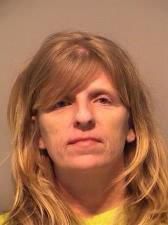 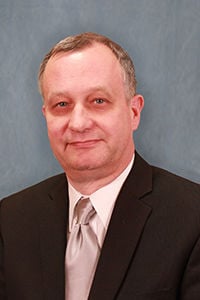 A Chesterfield County judge has cleared the way for prosecution of a Chesterfield woman charged with self-aborting her late-term fetus in a ruling that rejects defense arguments that her charge is unconstitutional or incompatible with Virginia law.

If prosecutors ultimately win a conviction, the case would break new legal ground in Virginia.

“If the prosecution is successful, it would be the first time — to my knowledge — that a woman has been convicted for terminating her own pregnancy,” said Steven Benjamin, a local defense attorney who is past president of the National Association of Criminal Defense Lawyers and special counsel to the Virginia Senate Courts of Justice Committee.

“If the accused is convicted and appeals, an appellate court would have the final word in this case — but not on the underlying policy issue,” Benjamin added. “That is a question that can only be answered by the General Assembly.”

Benjamin, who summarized the legal issues and the judge’s opinion at the request of the Richmond Times-Dispatch, said he believes the ruling is on solid legal ground.

In March, Chesterfield authorities obtained an indictment against Michelle Frances Roberts, 46, on a charge of producing an abortion “with the intent to destroy her own child,” a Class 4 felony.

An investigation was begun after Chesterfield police learned of the situation in February 2016 and detectives discovered fetal skeletal remains buried in the backyard in the 6200 block of Philbrook Road, where Roberts was living at the time.

Police said Roberts acknowledged that the remains were buried there; authorities believe they had been discarded about five to six months earlier. Investigators have concluded that Roberts’ fetus was aborted during the third trimester of her pregnancy.

The state medical examiner’s office, which conducted an autopsy, determined the unborn child died from penetrating head injuries and the mother’s use of methadone, alprazolam and amphetamines.

Late last month, Chesterfield Circuit Judge David E. Johnson denied a motion from H. Pratt Cook III, Roberts’ court-appointed attorney, to dismiss the charge against Roberts. In an 18-page opinion and ruling, Johnson said he has no authority to exclude the defendant from prosecution under the statute for which she is charged.

“The defense moved to dismiss the prosecution, and argued that the Virginia statute that prohibits abortions did not apply to her because she terminated her own pregnancy — not someone else’s,” Benjamin said. “The defense argued that the General Assembly had rejected bills that clearly stated that women could be prosecuted for their own abortions, which meant the General Assembly did not intend for expectant mothers to be prosecuted.

“The defense also argued that the Virginia statute did not change the old, common law legal principle that women were not prosecuted for self-abortions,” Benjamin said. “Finally, the defense argued that applying the law to expectant mothers would violate their constitutional right to abortion as recognized by the United States Supreme Court in Roe v. Wade.”

But the judge ruled that the wording of the abortion statute is clear and includes a woman who terminates her own pregnancy, Benjamin said. In citing the language of the law, the judge said that by prohibiting “any person” from destroying an unborn child, without specifying that it must be the unborn child “of another,” the abortion statute includes self-induced abortions, Benjamin said.

“He found no exception for expectant mothers in the statute,” Benjamin said. “Because the language of the statute is clear, he ruled, he could not interpret it some other way.”

Benjamin noted that when judges apply law written by the General Assembly, they are required to apply clear and unambiguous laws as they are written without consideration of legislative intent.

“They are not to consider whether the legislature intended something different,” he said.

Benjamin said it is only when laws are poorly written or ambiguous in their meaning that judges must determine what the legislature meant. For that reason, the judge said other bills criminalizing self-abortions that were rejected by the General Assembly were irrelevant to his ruling on a clearly worded statute.

“The judge ruled that applying Virginia’s abortion statute to expectant mothers did not violate a woman’s constitutional right to terminate a pregnancy, because that right is not absolute,” Benjamin said.

The judge said the Virginia statute was constitutional because it did not completely prohibit abortions, and it provided specific conditions and procedures for lawful abortions, Benjamin said.

“He said excluding self-induced abortions from the statutory prohibition would permit an expectant mother to avoid Virginia’s statutory regulations completely, and would give her an absolute right to self-abort at any stage of pregnancy,” Benjamin said.

The bottom line, Benjamin said, is that the judge found Virginia’s statute was clear, and he interpreted the term “any person” as it is commonly understood: any individual without exclusion.

The state statute used to charge Roberts has in the past been directed solely at third parties but not an expectant mother herself, Benjamin noted earlier this year.

But a 2008 Virginia Supreme Court ruling related to a different statute, unrelated to abortion, could be used to clarify language in the abortion law that would make an expectant mother also culpable for aborting her fetus, Benjamin said.

The Supreme Court ruled in Phelps v. Commonwealth that when the language of a law uses the term “a person,” or “any person” — as is the case in the abortion statute — it applies not only to third parties but to the “entire universe of people” who may be involved.

Chesterfield prosecutors Shawn Gobble and Erin Barr have taken this rule of interpretation announced in 2008 and applied it to the abortion statute.

“And they are absolutely correct,” Benjamin said.

The abortion law was used at least once previously in Virginia to prosecute a mother in Suffolk who shot herself in the stomach in 2005 to end her full-term pregnancy. But a judge dismissed the charge at the woman’s 2006 trial because he ruled the law — two years before the Supreme Court ruling — applied only to third parties and not to expectant mothers.

Del. S. Chris Jones, R-Suffolk, sponsored bills in 2007, 2008 and 2010 to make it a felony for an expectant mother to produce her own illegal abortion. But the measures failed each year. Some lawmakers feared the law might be amended later to restrict abortion.

After Roberts was indicted in April, the Virginia ACLU criticized county authorities for charging her.

“No woman should fear arrest or jail for ending her own pregnancy or for pregnancy loss,” said Gail Deady, the organization’s Secular Society Women’s Rights Legal Fellow, in a statement.

At the time, Deady said the Virginia law under which Roberts was charged did not apply to an expectant mother — only to third parties.

Victoria Cobb, president of The Family Foundation of Virginia, said in April that a majority of Americans believe that abortion should be prohibited after the midpoint of a pregnancy, even if performed by a doctor.

“Killing an unborn child in the last weeks before they are born and burying their little body in the backyard is simply horrific,” she said.

Roberts, who was evaluated by a forensic psychologist, has been found mentally competent to stand trial and sane at the time of the alleged offense.

The judge has granted a defense request to preserve the aborted fetal remains, along with the appointment of an independent forensic expert to examine the remains. A status hearing in the case is set for Dec. 18.