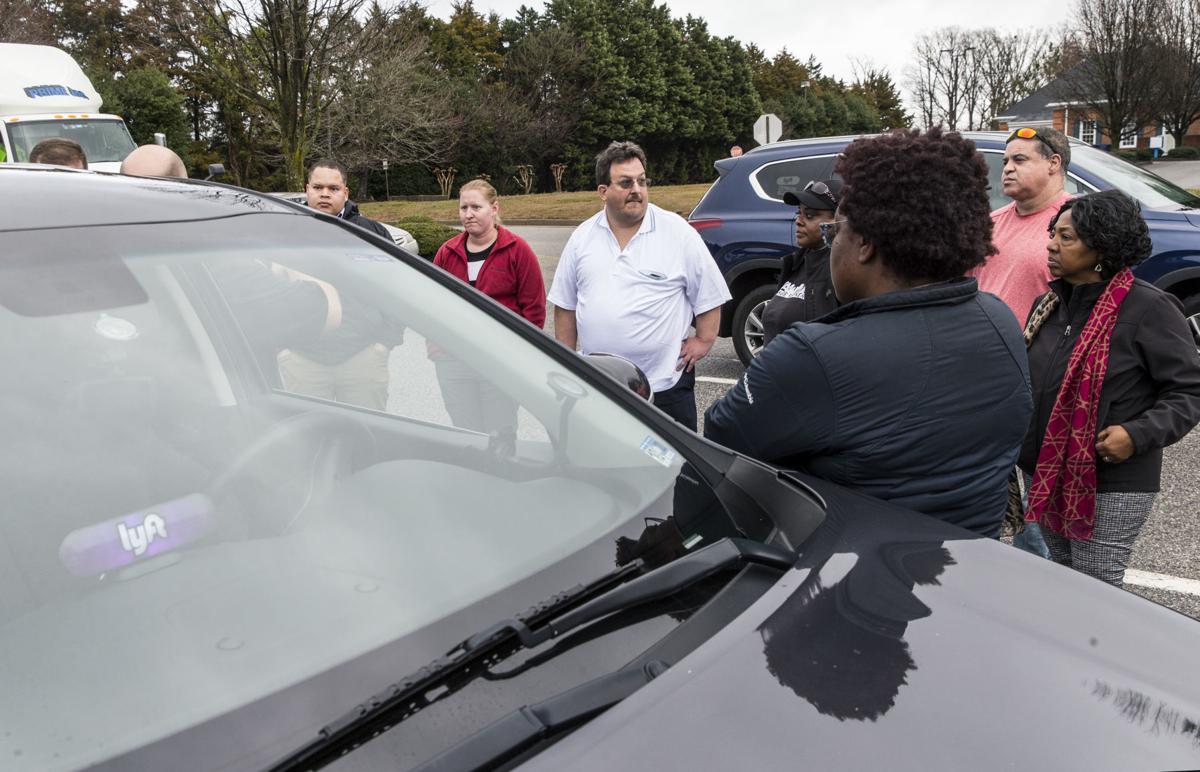 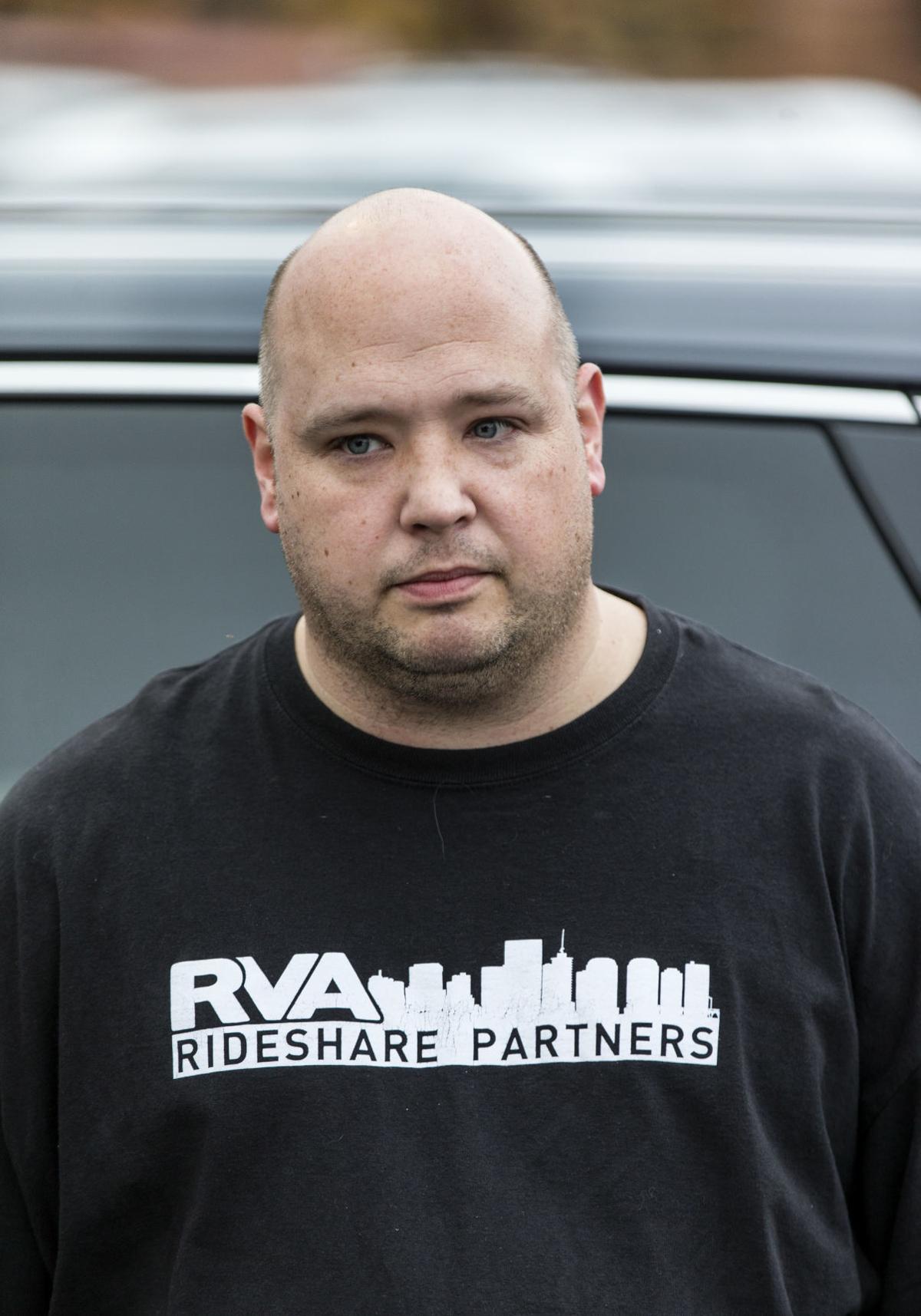 A handful of Richmond-area drivers for the ride-hailing companies Lyft and Uber gathered Tuesday to remember a colleague who police believe was gunned down by a man he had picked up for a ride, and to discuss safety tips after that slaying and the carjacking of another driver.

None of the nine people who attended the informal meeting in Chesterfield County personally knew Franklin L. “Frank” Farrens, 79, who was shot to death Jan. 27 in his four-door Volkswagen between 4 and 4:30 a.m. in the 2900 block of Providence Creek Road. Bernard E. Smith, 18, who lives in the block where Farrens was killed, was charged with second-degree murder and a gun crime.

“We wanted to reach out in some way and show the family we care,” said John Pedrick, an administrator of the Facebook group RVA Rideshare Partners, which organized the meeting outside a Food Lion off Courthouse Road. “We care about each other.”

The same week Farrens died, a female Lyft driver reported being carjacked by two male customers in South Richmond. The men robbed her of personal items and drove off in her newer-model Kia, according to police. Antonio L. Harris, 21, of the 1300 block of Evergreen Avenue, was charged with carjacking and use of a firearm in the commission of a felony. It happened about 10 p.m. Jan. 31 in the 2600 block of Berwyn Street.

Everyone in attendance Tuesday seemed concerned about the recent crimes involving their colleagues, but only one really voiced any trepidation about getting back behind the wheel.

“I don’t drive much anymore,” said Bruce Bell, who has driven for Lyft for three years, the bulk of which was spent in North and South Carolina. He added: “If it ever got that bad,” where he was having dangerous encounters, “I would think twice” about continuing to drive.

Tony “Wheelz” Taylor, who was sporting a pink Lyft shirt to match the company’s glowing placard on his dashboard, recommended every driver get a two-way camera that records video of the road in front of the car as well as the car’s interior. Just having the camera is a deterrent for most bad actors, even if it’s not recording, he said. Farrens had a camera in his car; it was taken, along with his phone.

“When the sun goes down till when the sun comes up, that’s when we make the most money,” Taylor said. “It’s comforting to see, when you’re out at 2 or 3 a.m., and you see other Lyft and Uber signs. Those are my people.”

But it’s during these “dark hours,” as Pedrick called them, when it can be most dangerous.

“Anything could happen at any time,” said Michael Serrano, who, like most of the drivers, takes both Lyft and Uber fares. He recollected two incidents where he said he had issues: one in which a woman punched him in the back of the head and another where he intervened when a male customer was assaulting a woman in the backseat while he was driving.

The group said the companies they contract for could do a lot more to protect them. Both of the incidents from two weeks ago involved Lyft drivers. Everyone at Tuesday’s meeting drives for Lyft, and they said they had not heard from the company about the incidents.

“The fact that there is no representative here is an issue,” Jon Lopes said.

The group wants to see more safety measures established for drivers, similar to those implemented for the rider. When hailing a ride, passengers are provided a driver’s photo, license plate number and a description of the car; drivers get a pickup location and a name — it might not even be the rider’s full or real name.

Pedrick also hopes to get the companies and local police departments involved in a safety training course for drivers.

A Lyft spokeswoman provided this statement via email: “Safety is fundamental to Lyft — for both our riders and drivers. When a driver accepts a ride, they will see the name of the passenger and their rating. Drivers are always able to cancel rides that they don’t wish to take. Since day one, we’ve worked hard to design policies and features that enhance driver safety, and are always working to make Lyft an even safer platform for our community.”

A representative from Uber could not be reached Tuesday night.

Lyft also said it provides in-app safety features such as direct emergency or 911 connection; location sharing with loved ones; contact protection so if a driver calls a rider, it masks their personal phone number; and a two-way rating system.

The rating system is particularly frustrating for drivers. Those at Tuesday’s meeting say they must maintain a rating of 4.6 out of 5 stars or be booted from service. No such standard exists for riders, the drivers say.

“The accountability between rider and driver is not balanced,” Lopes said.