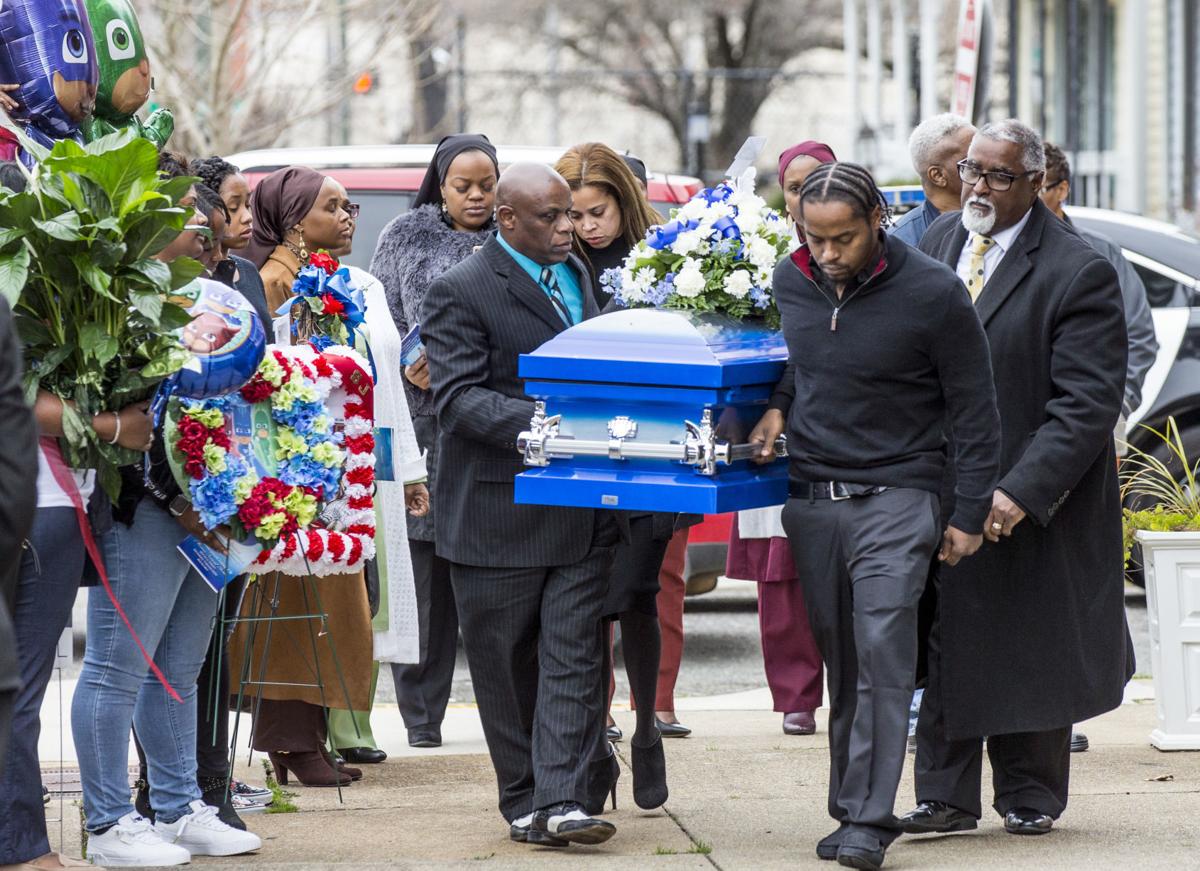 Pallbearers carried Sharmar Hill Jr.’s casket out of the church where his funeral took place Monday. Sharmar was shot Feb. 1 while playing outside his home in Richmond’s Hillside Court. Hundreds came to pay their respects at his funeral. 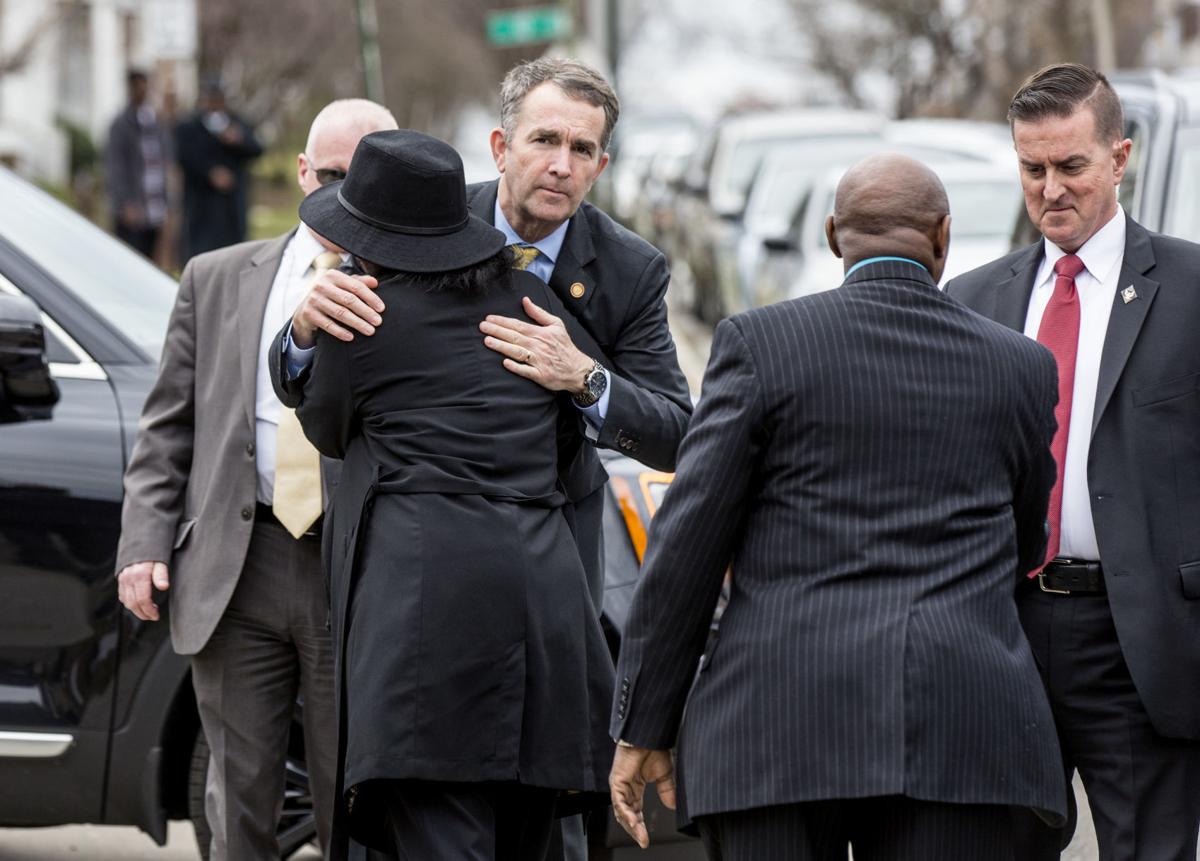 Gov. Ralph Northam greeted people outside New Life Deliverance Tabernacle in Richmond on Monday before the funeral for Sharmar Hill Jr. The 3-year-old “was just playing outside at his own home, something every child should be able to do,” Northam said during the service. 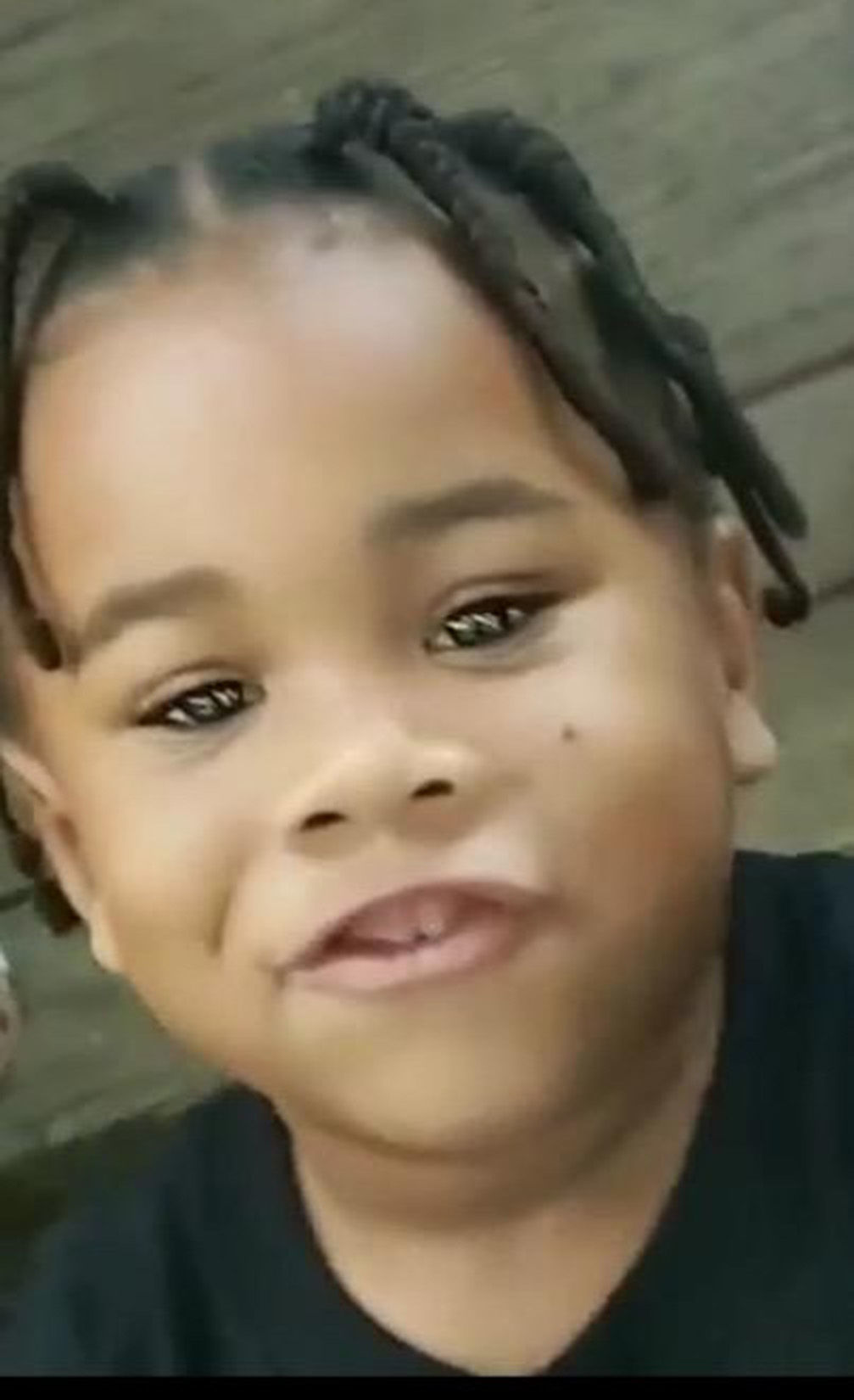 Pallbearers carried Sharmar Hill Jr.’s casket out of the church where his funeral took place Monday. Sharmar was shot Feb. 1 while playing outside his home in Richmond’s Hillside Court. Hundreds came to pay their respects at his funeral.

Gov. Ralph Northam greeted people outside New Life Deliverance Tabernacle in Richmond on Monday before the funeral for Sharmar Hill Jr. The 3-year-old “was just playing outside at his own home, something every child should be able to do,” Northam said during the service.

The apology was barely more than a whisper, yet its weight reverberated throughout the cavernous sanctuary of New Life Deliverance Tabernacle in South Richmond on Monday before falling sharply upon the hundreds of souls in its presence.

Nestled next to his body in the small casket was a stuffed toy — Catboy — from his favorite cartoon, “PJ Masks.”

“On behalf of the city of Richmond, I extend an apology to you, that your child did not have a safe place to play right in front of their doorstep,” Robertson said through tears. “I know this pain is something greater than you can ever imagine — no one should lose their child in such a violent way.”

Sharmar Hill Jr. was fatally struck by a stray bullet while playing in front of his Hillside Court home about 4 p.m. on Saturday, Feb. 1. Police have said they believe two groups of people had been shooting at each other when Sharmar was struck. As of Monday, no charges have been placed in the shooting.

“For the larger community, I want to say to you, we’re sorry, we’re sorry ... that these instances happen too often,” Robertson said, then paused. “Little children shouldn’t have to come to a funeral where a little child has lost their life to violence.”

The impact of Sharmar’s death was evident as hundreds turned out to pay their respects, including Gov. Ralph Northam, Richmond Mayor Levar Stoney and Richmond Councilwoman Reva Trammell. They stood with friends and family, loved ones and strangers alike.

But it was Sharmar Hill Sr. who led the service with an outpouring of emotion for his little boy. Wearing a white shirt with images of Sharmar and their family, and the word “DADA” in big letters on the back, he recalled that Sharmar “just changed my life.”

He continued: “Just pray that God give us this strength and allow us to earn the wings so we can join our son — and I feel like that’s my opportunity to lead my family to heaven and join him again.”

Hill then turned to Allen and told her he loved her and promised to take care of her. The words trailed off as he got on one knee and offered her an engagement ring. As the room realized what was happening, it erupted into thunderous applause. The couple hugged tightly.

The mayor described Sharmar’s death as more than just another tragic shooting.

“Today, I know that our faith is being tested ... because it’s hard to celebrate a life when that life can be counted in months, not years,” he said. “Sharmar Hill Jr. was just 39 months old — he was just a baby.”

He continued: “We have been robbed — the violence that claimed the life of this beautiful, innocent child robbed his family of birthdays, of graduations and of the joys of parenthood and family for years to come.”

He called upon the community to pray — then take action.

“God alone cannot fix this; where thoughts and prayers end, actions must pick up,” Stoney said. “Today, I pledge that we will do everything in our power to bring the perpetrators ... to justice.”

Northam also spoke Monday, a day before the procedural midpoint of a General Assembly session in which he’s pushing for gun control. Legislation, however, took a back seat inside the church as Northam expressed his sympathies not only as a pediatric neurologist who has grieved alongside families who’ve lost children, but also as a father.

“Pam and I and the commonwealth grieve with you and I know the community grieves with you for another child that was lost too soon,” said Northam, referring to his wife, Pamela Northam. “I can’t imagine that there is anything more difficult than what you are going through.”

Sharmar “was just playing outside at his own home, something every child should be able to do,” Northam said. But as the family struggles to find answers, they can rest assured that their little boy, their “Simba,” as Sharmar’s parents called him — a nod to the beloved character in the Disney movie “The Lion King” — would go on in spirit.

“Looking at this crowd, I know Sharmar was loved,” Northam said, and “that love does not go away because he is no longer here with us.”

He added: “You hurt so much now because you loved him so much.”