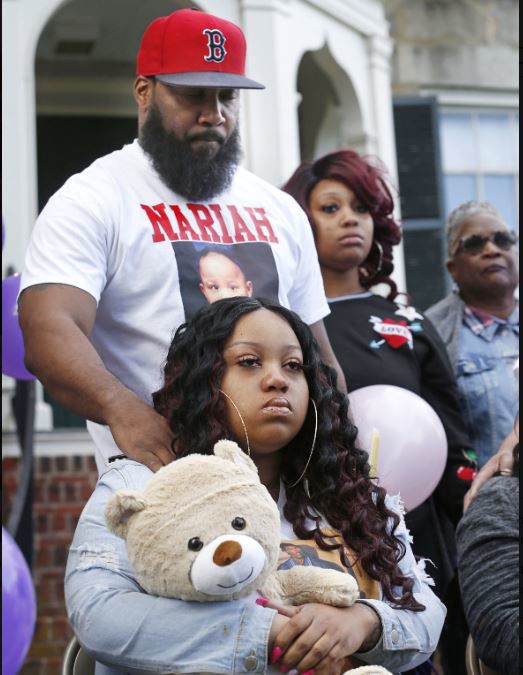 Bruce Branch comforted his niece, Aija Brown, as they remembered her 17-month-old daughter during a vigil at Forest Hill Park on May 14. Nariah Brown was assaulted and died from her injuries. 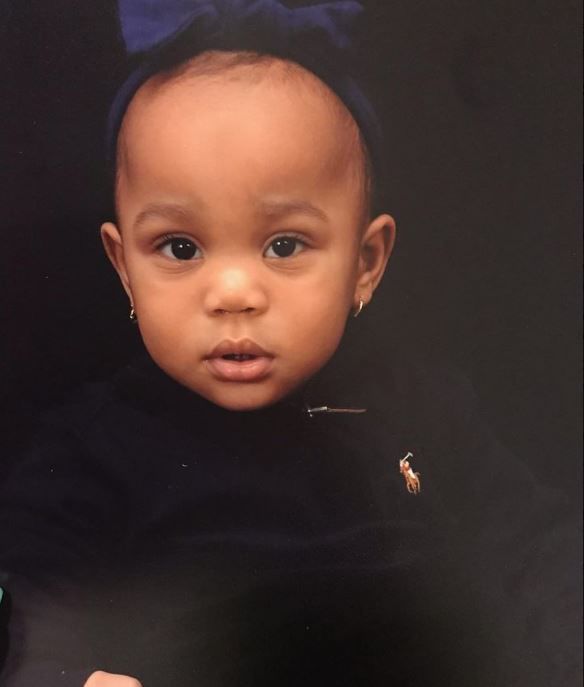 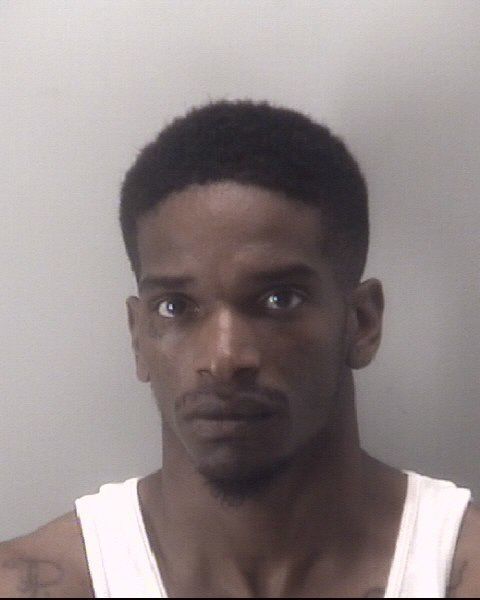 A 25-year-old Richmond man has been charged with sexually assaulting and killing a 17-month-old girl who died two days after she was assaulted May 8 at a South Richmond motel.

Barron T. Spurlock, who lives in the 3100 block of Baronet Drive, was charged with murder and two counts of object sexual penetration in the death and sexual assault of Nariah Ivy Brown, Richmond police said Monday.

Spurlock already was in custody on unrelated charges when police served him with the new warrants.

The toddler died May 10 of complications of blunt-force trauma to her torso, according to the state medical examiner’s office. The girl was sexually assaulted in the motel, according to three law enforcement sources with knowledge of the case.

Nariah’s mother, Aija Brown, has previously said she left her child with a man whom she’d known for years and believed to be a friend.

At a vigil held for Nariah several days after she died, Brown said the cheerful, loving child had a lot of nicknames, but the most commonly used one was “Butter Bean.”

“Because she was short and stout,” Brown explained at the time.

Brown had given birth to the child early and spent months by her side at the hospital as she grew stronger. Brown returned to the hospital with Nariah in her arms after the assault.

“When I held my daughter in my arms for the last time, I said, ‘Baby, I love you. And I’m going to let you go with Him,’” Brown added. “I’ll be right behind you. I’ll be up there, and I’m going to hold you again.”

Police received a call about 7:40 p.m. on May 8 for a report of a child who had been assaulted at a motel in the 6400 block of Midlothian Turnpike. Officers responded to a hospital where the toddler was being treated for life-threatening injuries. She died two days later.

“This was one of the more emotionally trying investigations for our detectives because of the age of the victim,” said Richmond police Major Crimes Lt. Erlan Marshall in a statement. “We hope this arrest provides some measure of closure for the family and the community.”

If this guy is found guilty, I feel that it should be a responsibility of law enforcement and prison personnel to notify all of the other inmates what he's in prison for. Those issues tend to "work themselves out" in prison.

cut it off and cram it down his throat, what a waste off oxygen .