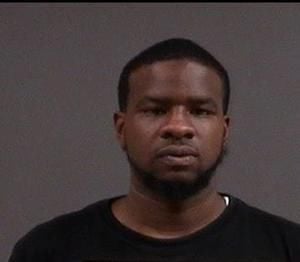 A man whom his attorney described as having a learning disability was sentenced to 12 months in jail Friday for grabbing the wrist of a teenage Zaxby’s employee and “politely” asking her to get into the trunk of his vehicle after she had finished loading his large takeout order.

Authorities said Marquise L. Bailey, 30, was trying to abduct the woman last November as she helped him carry several boxes of food to his car outside the fast-food chicken restaurant off Midlothian Turnpike in the Stonebridge Shopping Center.

Prosecutor Reneen Hewlett told the court that Bailey, after earlier asking for her phone number, grabbed and twisted her wrist after he opened the trunk, saying, “Come on, get into the car.” After she pleaded to be let go, Bailey replied, “Please, just get into the trunk,” Hewlett said.

But defense attorney Steve Sommers said his client is learning-disabled, collects Supplemental Security Income for his disability and was really just trying to ask the teen out on date, albeit clumsily.

“He is not the most socially adept young man,” Sommers told the court. “He thought she was attractive” and was “just chatting her up.”

Sommers said Bailey has “categorically denied” trying to abduct the woman but acknowledges putting his hand on her wrist.

“He was trying to get her attention and it occurred in a negative way,” the attorney said.

Bailey pleaded no contest to misdemeanor assault and battery, reduced from felony abduction by force or intimidation. He pleaded to the same charge in lower court in February, but he appealed to Circuit Court after the judge there sentenced him to 12 months in jail.

Sommers on Friday asked Chesterfield County Circuit Judge David E. Johnson to sentence Bailey to 12 months with eight suspended. The judge declined, imposing a full 12-month jail term. But Johnson did give Bailey credit for time he’s already served. He barred the defendant from making future contact with the victim or visiting a Zaxby’s restaurant.

The case drew sizable news coverage after the incident occurred Nov. 14, with police releasing a surveillance photo of the then-unidentified suspect that was captured on a nearby store security camera.

That same photo prompted Bailey to walk into a police station and turn himself in after he saw the image of himself broadcast by local news outlets.

According to evidence, Bailey, who lives with a relative in Richmond, drove to the restaurant to pick up an order of food that family members had pre-ordered for a large gathering. Once there, Bailey asked the victim — whose job was to pack food and help with carry-out orders — for her phone number and for assistance in carrying his order to his car.

But once the food was placed in the trunk, Bailey grabbed and twisted her wrist, insisting she get into the trunk. She initially couldn’t move because her knees were pressed up against the rear of the vehicle, Hewlett told the court.

About five minutes passed before she was able to wrest her arm free and run back into the restaurant, where police were called. Bailey drove away.

When he was questioned after his arrest, Bailey told investigators that he “didn’t do anything to jack her up.”

“He wasn’t rude but he insisted he wanted her in the trunk,” the prosecutor said, questioning why a 30-year-old man would be “chatting up” an 18-year-old woman.

Before sentencing, Bailey said in remarks to the judge that he wasn’t a bad guy and insisted the episode didn’t occur as authorities had described.

He will only serve 6 months if he stays out of trouble and he will probably serve his time in the county jail instead of state prison. I don't believe his excuse.

No wounder Social Security is going bankrupt. He has all this money to take out food from Zaxby.s. Who is paying for his lawyer?

Jail is not going to do one bit of good