Oliver W. Hill Jr., son of a civil rights legend who carved 'his own unique path,' dies at 70 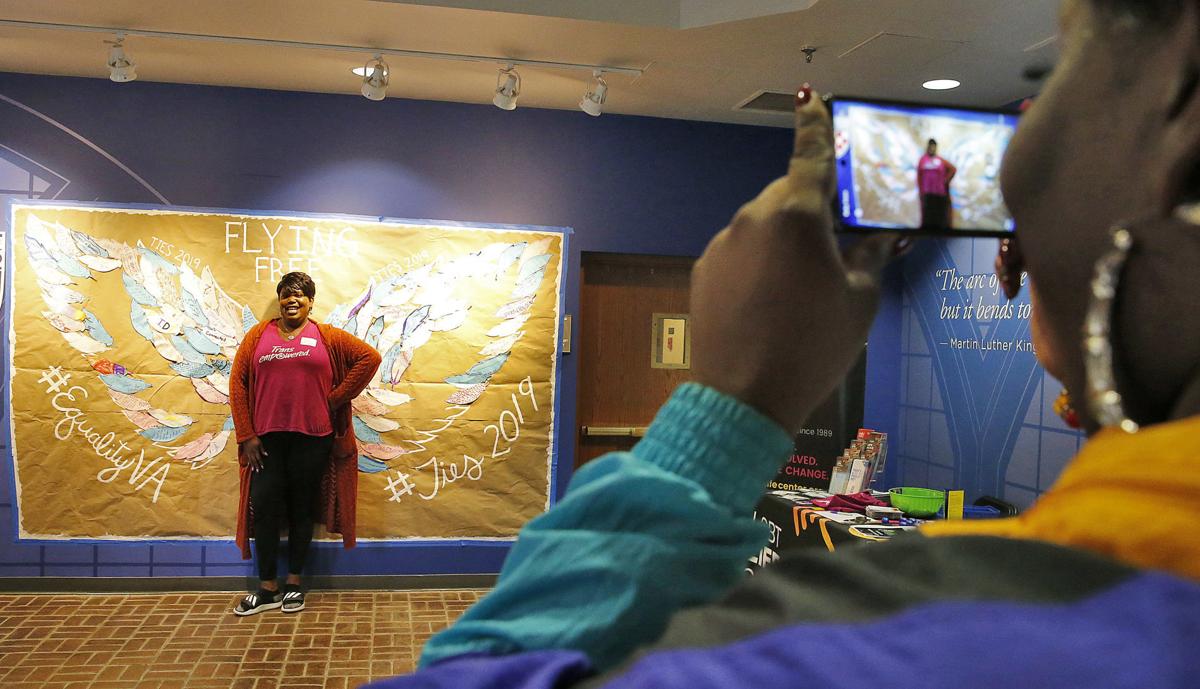 Latoya Perkins took a photo of Jasmine Johnson in front of a community art project at the Transgender Information and Empowerment Summit held at UR on Saturday. 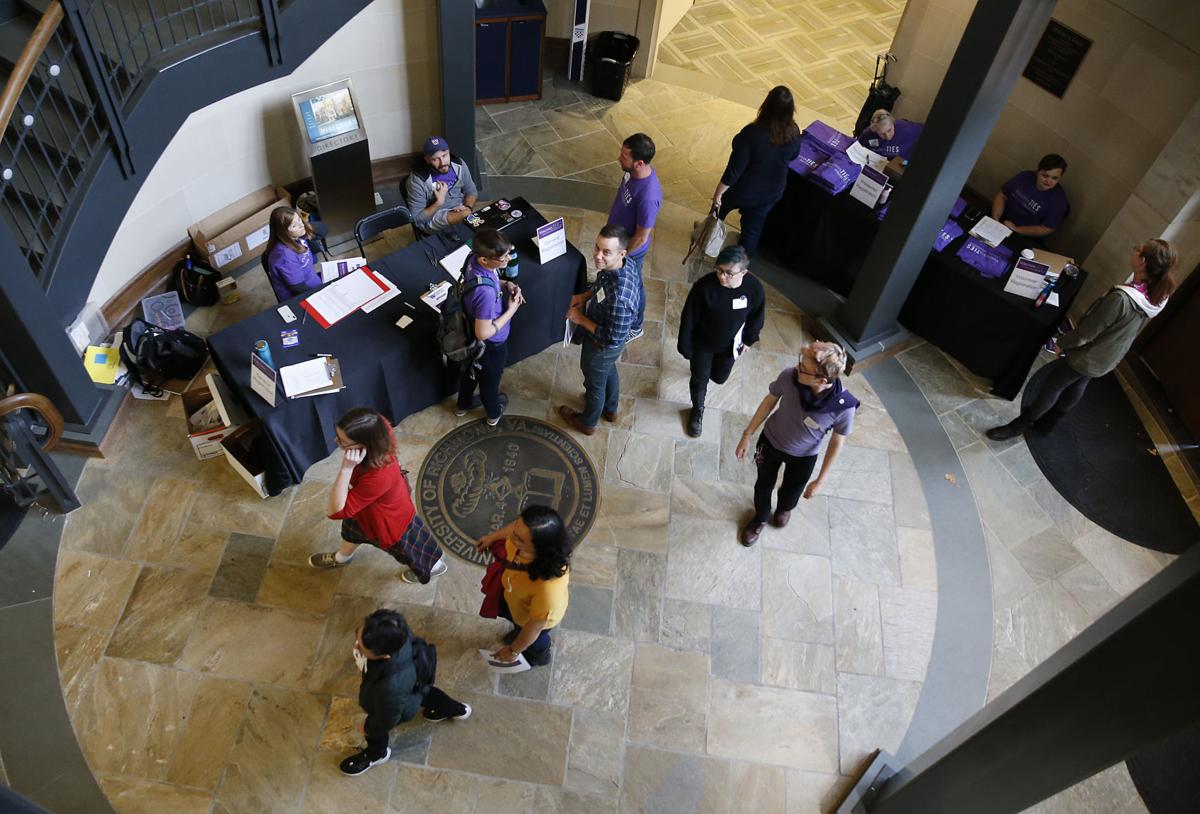 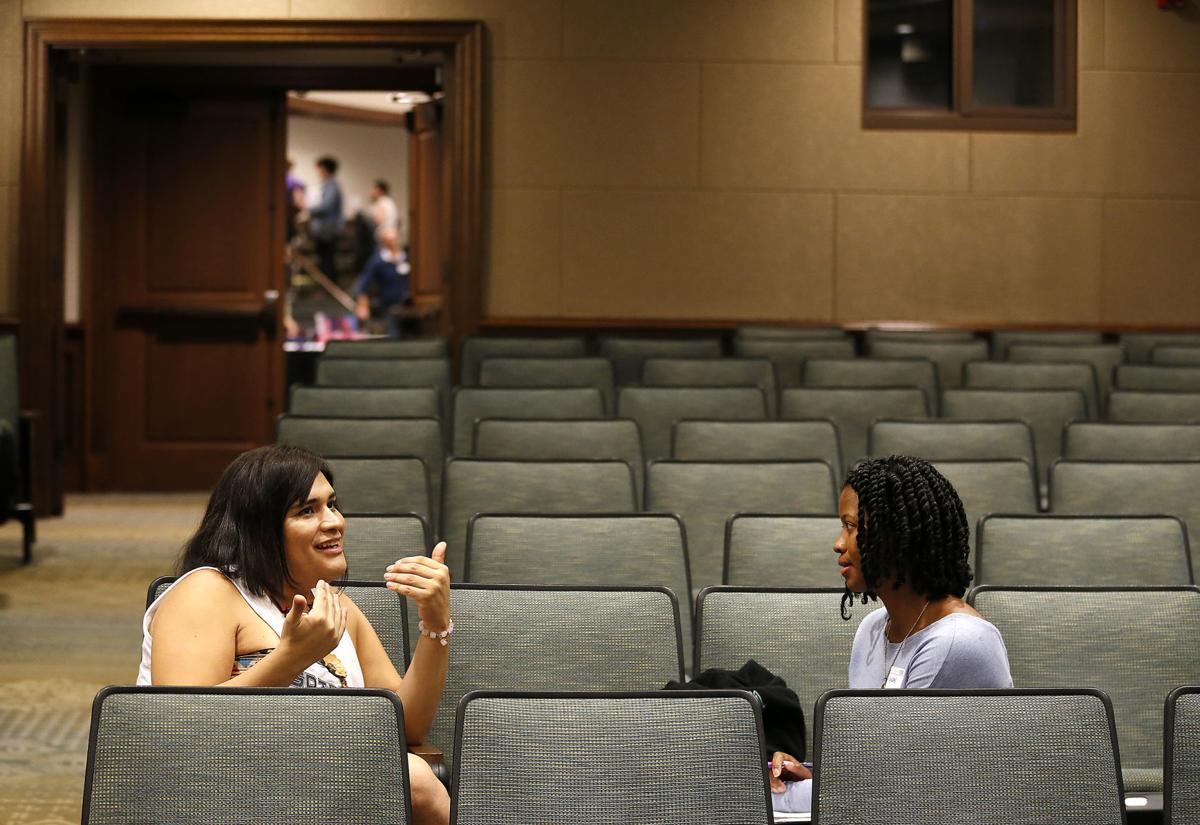 L-R, Xemi Tapepechul answers questions for Mykael Kurth, who works in the health care industry, after Tapepechul spoke on a panel during the Equality Virginia TIES conference at University of Richmond Sat. Oct. 19, 2019. 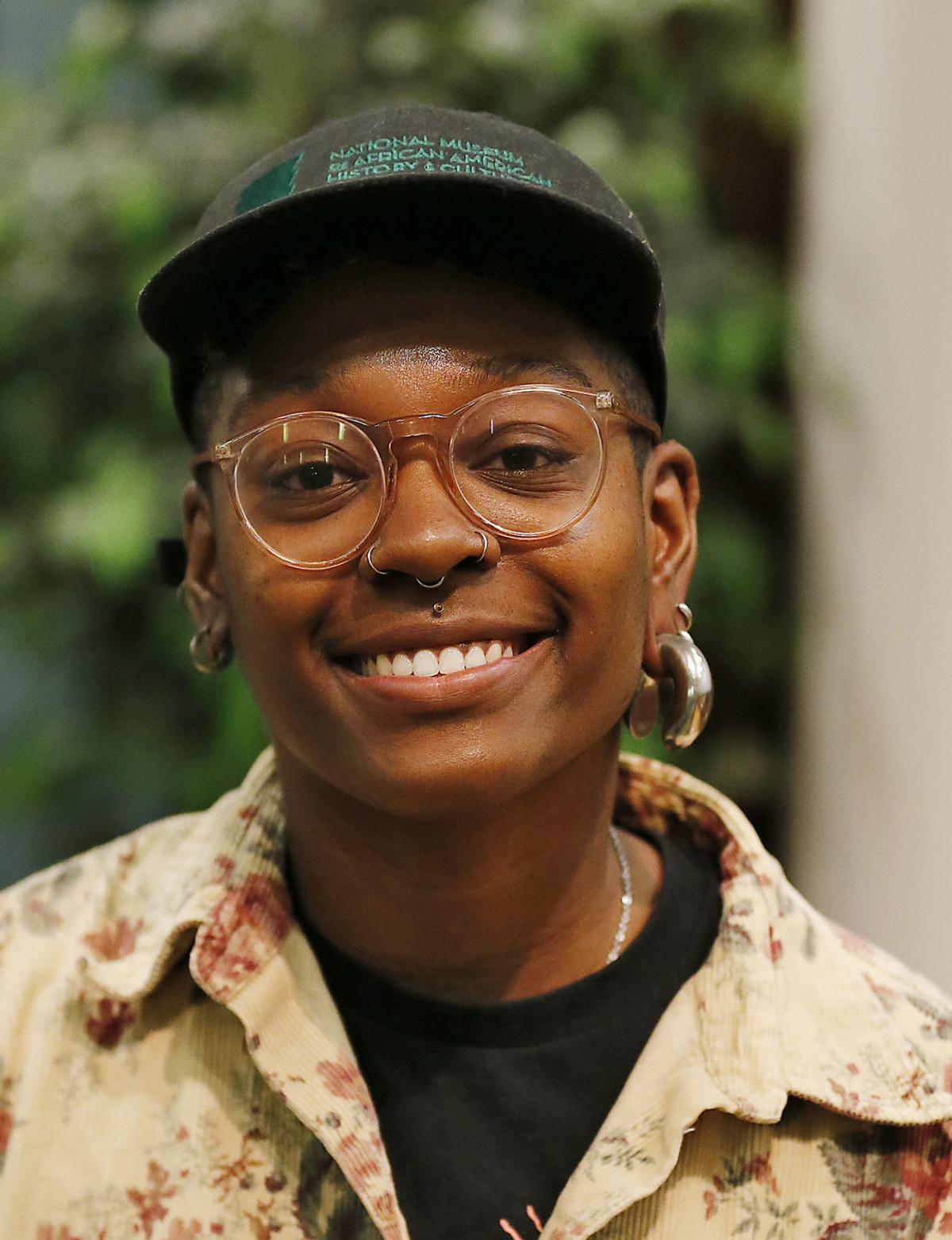 Latoya Perkins took a photo of Jasmine Johnson in front of a community art project at the Transgender Information and Empowerment Summit held at UR on Saturday.

L-R, Xemi Tapepechul answers questions for Mykael Kurth, who works in the health care industry, after Tapepechul spoke on a panel during the Equality Virginia TIES conference at University of Richmond Sat. Oct. 19, 2019.

Paige Flanagan drove more than 300 miles from Pennsylvania to attend Equality Virginia’s TIES — Transgender Information and Empowerment Summit — for the fourth year in a row.

Flanagan said she no longer attends the conference to learn for herself, but to support others who are transgender and considering transitioning genders like she did in 2017.

“It wasn’t really TIES that brought me out, but it was TIES that showed me people who had made that decision and were all right,” she said.

The one-day summit, which is in its sixth year, was held at the University of Richmond on Saturday and brought more than 400 people from all over the state and East Coast.

It gives transgender individuals and allies an opportunity to access pro bono legal resources such as name or gender marker change guidance, and free medical and mental health consultations. There are about 40 educational workshops focusing on housing issues in the transgender community, LGBTQ+ suicide prevention, advocacy and other topics.

When Flanagan first attended the conference in 2016, she did so as a man, under her now-dead name, to find out what was in store as she transitioned. She was living in Farmville at the time.

“I was very much afraid of all the negative consequences,” she said of making the decision to transition genders. “This was a safe space to have my questions answered without shame or judgement. I found it to be very welcoming.”

Flanagan said she returns now, as her true self, to give the same support that she received initially.

The conference isn’t just for those who are transgender or gender non-conforming, but also is open to their parents, friends or others who want to advocate or make safe places for those who are.

Mykael Kurth, who works in health care in Richmond, asked a panel how health care providers can be more inclusive.

One of the panelists, Nathaniel Preston of Roanoke, answered simply: “Listen to your patients. Treat them with respect. Believe them.”

Kurth said a friend in college transitioned and it made her want to understand better what they went through.

“I want to make sure that LGBTQ+ people get every right they’re entitled to,” Kurth said. “That’s why I’m here: To be an ally.”

James Parrish, Equality Virginia’s executive director, said the organization hosts the annual conference because many attendees don’t have access to medical care or legal advice they need in a state where it is still legal to deny service to or fire trans people.

As an advocacy organization, Equality Virginia lobbies at the General Assembly to change those laws.

“We can’t expect that trans people who are homeless or jobless and don’t have access to adequate medical care or other resources to come to the General Assembly to advocate for themselves in hopes of changing hearts and minds to affect these discriminatory policies,” Parrish said. “That’s what all of this is all about, finding those safe spaces.”

In one workshop about voting rights, a transgender man pulled out a half-dozen identification cards asking the moderator which one she thought should be used when he votes next month.

“This is what we have to deal with,” he said laying out his license, a college ID, a veteran’s ID and several others.

The presenter Jennifer Safstrom, who works with the American Civil Liberties Union of Virginia, cited a recent study by The Williams Institute at UCLA’s School of Law that estimated about 8,300 voting-eligible trans Virginians may not have identification or documentation that accurately reflects their gender.

Safstrom said the fear is that because the photo ID may not match a person’s appearance, especially if they recently transitioned, a poll worker may question if they are who they say they are and potentially out them as transgender without permission.

To avoid any issues on election day, Safstrom recommended folks go to their local registrar’s office to get a free state voter ID card, which includes a current photo and no gender marker.

“It is incredible that we have to have this session,” she said. “Regulations say nothing about whether gender markers on an ID should match a voter’s presenting gender.”

>1% should drive the train.