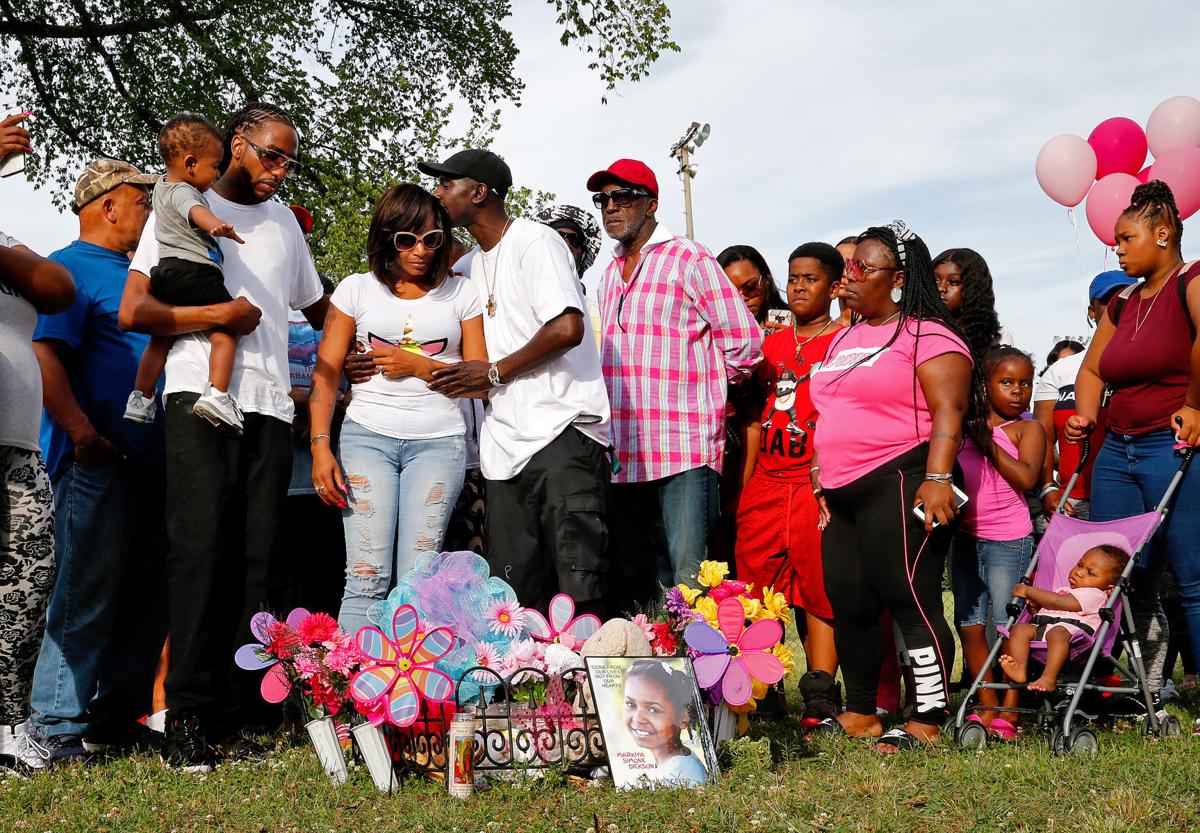 Family and friends of 9-year-old Markiya Simone Dickson gathered for a vigil June 6 at Carter Jones Park in South Richmond, where she was killed during a Memorial Day cookout. Among those at the vigil were (from left) Markiya’s father, Mark Whitfield, holding Mark Jr.; Markiya’s mother, Ciara Dickson; and Dion Tuell, Markiya’s uncle. 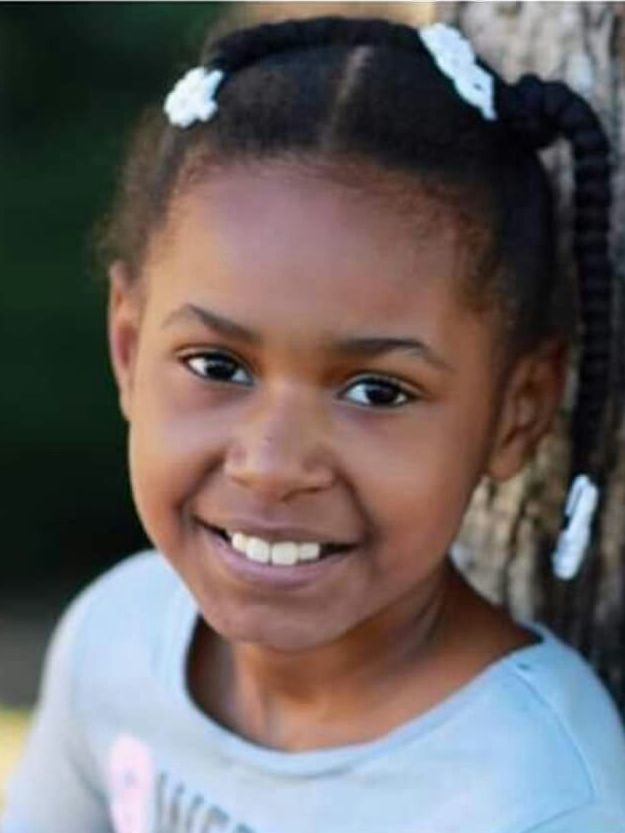 The trial for the first of three men charged in connection with the shooting that killed 9-year-old Markiya Dickson and injured two others in Richmond’s Carter Jones Park resumes Wednesday.

Markiya Simone Dickson, a third-grader at Crestwood Elementary School, was part of a large community Memorial Day cookout happening in the park on May 26. Around 7:20 p.m., police said she, an 11-year-old boy and a man were shot when gunfire broke out among a group at the far end of the park near the basketball court and skateboard park at 27th and Perry streets.

Markiya died at the hospital; the boy survived and testified Tuesday: “My arm had a hole in it.”

Jaquez Evans-Moses said he was playing tag with friends on the skateboard blacktop when he heard “loud noises” from the basketball courts nearby.

“It sounded like firecrackers,” the boy, now 12, said. “Somebody told me I was bleeding.”

It didn’t appear he noticed the hole in his arm at first, but then said it started to burn, he said.

A pediatric surgeon who treated both Markiya and Jaquez told the court that he had two wounds to his upper arm and chest.

“He was very scared,” Dr. Laura Boomer said. “He was very distressed about the other patient.”

Little was mentioned about Markiya during Tuesday’s proceedings. She and Jaquez were innocent bystanders, prosecutors said.

A third gunshot victim, a man who had been in the park enjoying the festivities, came forward after the shooting. But Assistant Commonwealth’s Attorney Caitlin Kelly told the court Tuesday that she couldn’t go forward with charges involving that man because he did not appear in court Tuesday. It is unclear if his absence had to with the threat of the novel coronavirus, but Kelly said the confusion surrounding courthouse operations may have been a factor.

Most of the testimony and evidence surrounded a group of men at the basketball courts. One of them, Quinshawn Betts, 19, of the 4500 block of Millenbeck Road, was on trial Tuesday.

Betts now faces first-degree murder, malicious wounding and two firearms charges. His trial was slated to start a day earlier, but the courthouse closed while court officials tried to figure out how to deal with the threat of the spreading COVID-19 without delaying justice or due process.

Court proceedings resumed Tuesday under limited circumstances, following a “judicial state of emergency” order from the Supreme Court of Virginia. While the virus caused some confusion and delays, including a change from a jury to a bench trial — meaning that the evidence was presented to Richmond Circuit Judge Beverly W. Snukals rather than 12 of Betts’ peers — the real tension on Tuesday was between the two attorneys: prosecutor Kelly and defense attorney David Lassiter.

Betts, as well as Jermaine Rokee Davis, Betts’ older brother, who is also charged in the case, took the stand and gave vastly different stories than what they initially told police, which was that they weren’t at the park at the time of the shooting. Another man, Jesus Turner, 20, of Chesterfield County, also faces charges.

Betts admitted Tuesday to being at the park and shooting back at another man who Betts said fired at them first.

“I returned fire to protect me and my brother,” Betts said, getting emotional on the witness stand. “I wouldn’t shoot no kid. I have a kid.”

Forensics showed four guns were used to fire the 23 cartridge cases that were found in the park. One of those cartridges came from a 9 mm owned by a prosecution witness.

The remaining cases were fired by three other guns, which prosecutors allege were carried by Betts, Davis and Turner.

The single bullet that was recovered from Markiya ’s chest — it struck her back and tore through one lung and aorta — was fired by one of those guns, a firearms expert said.