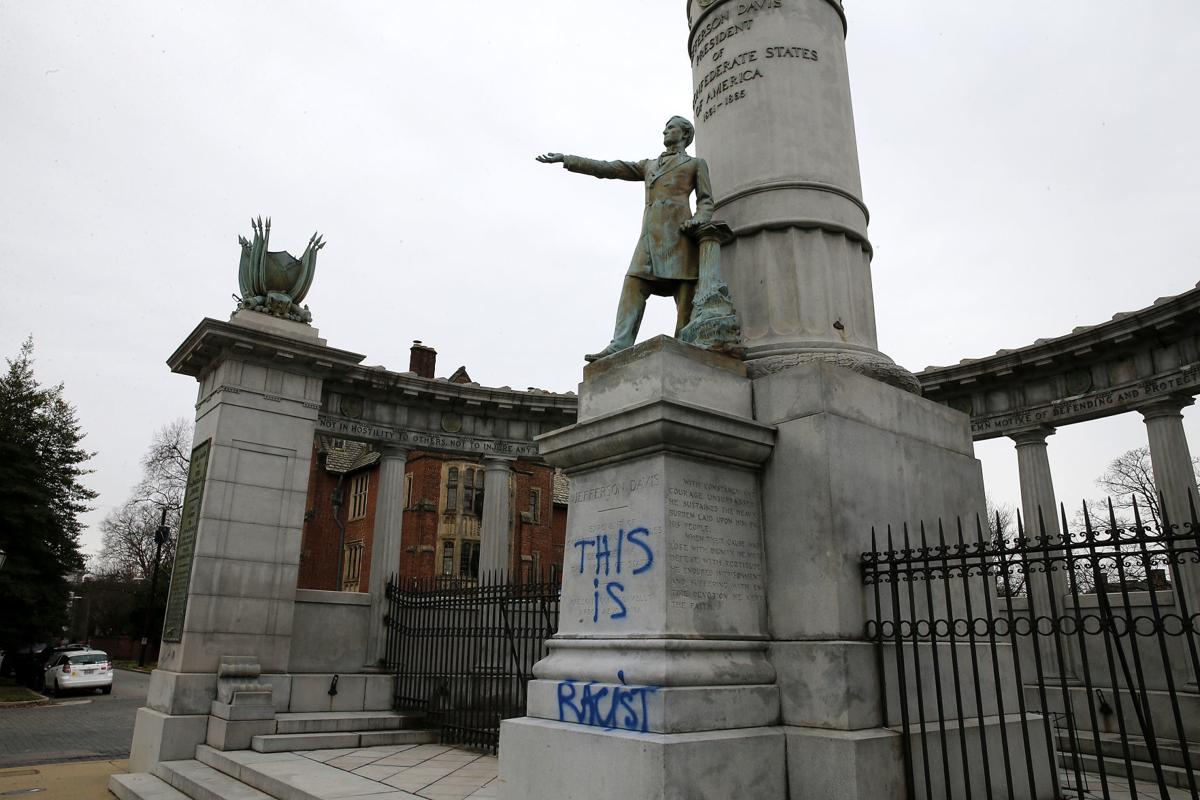 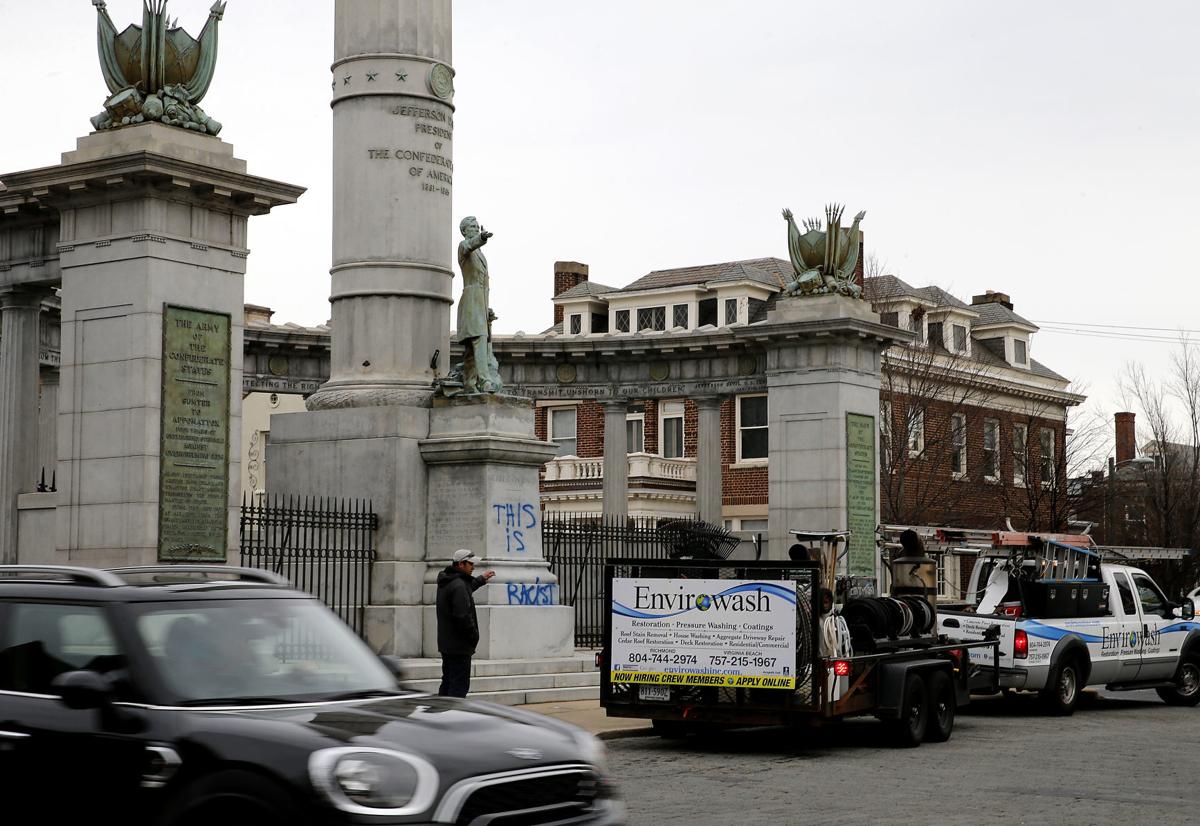 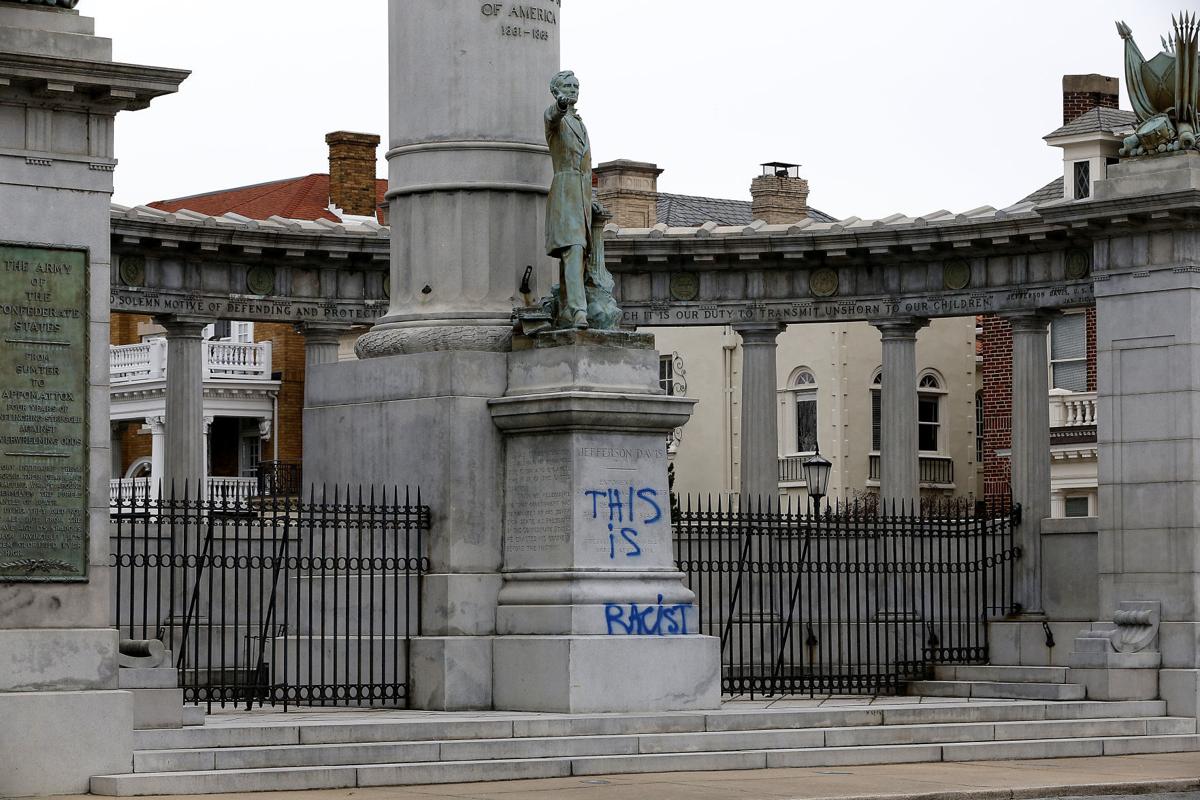 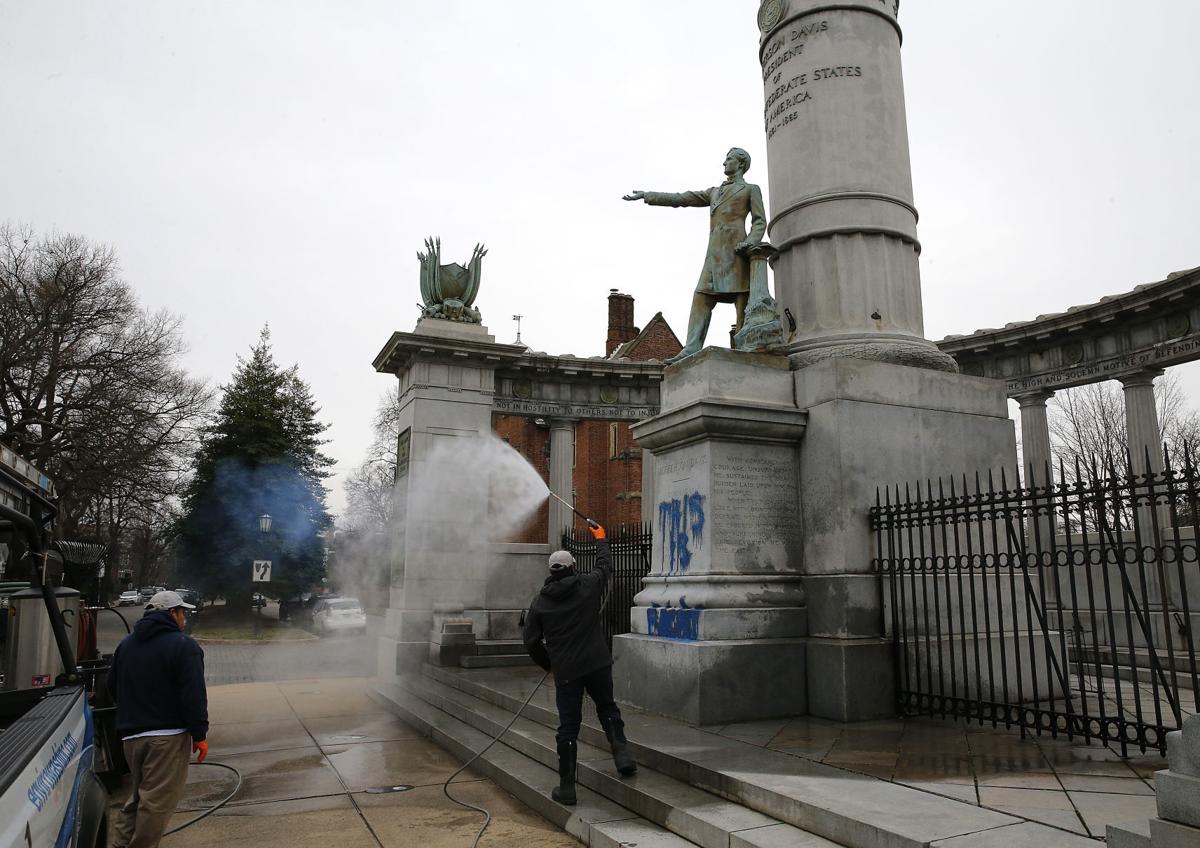 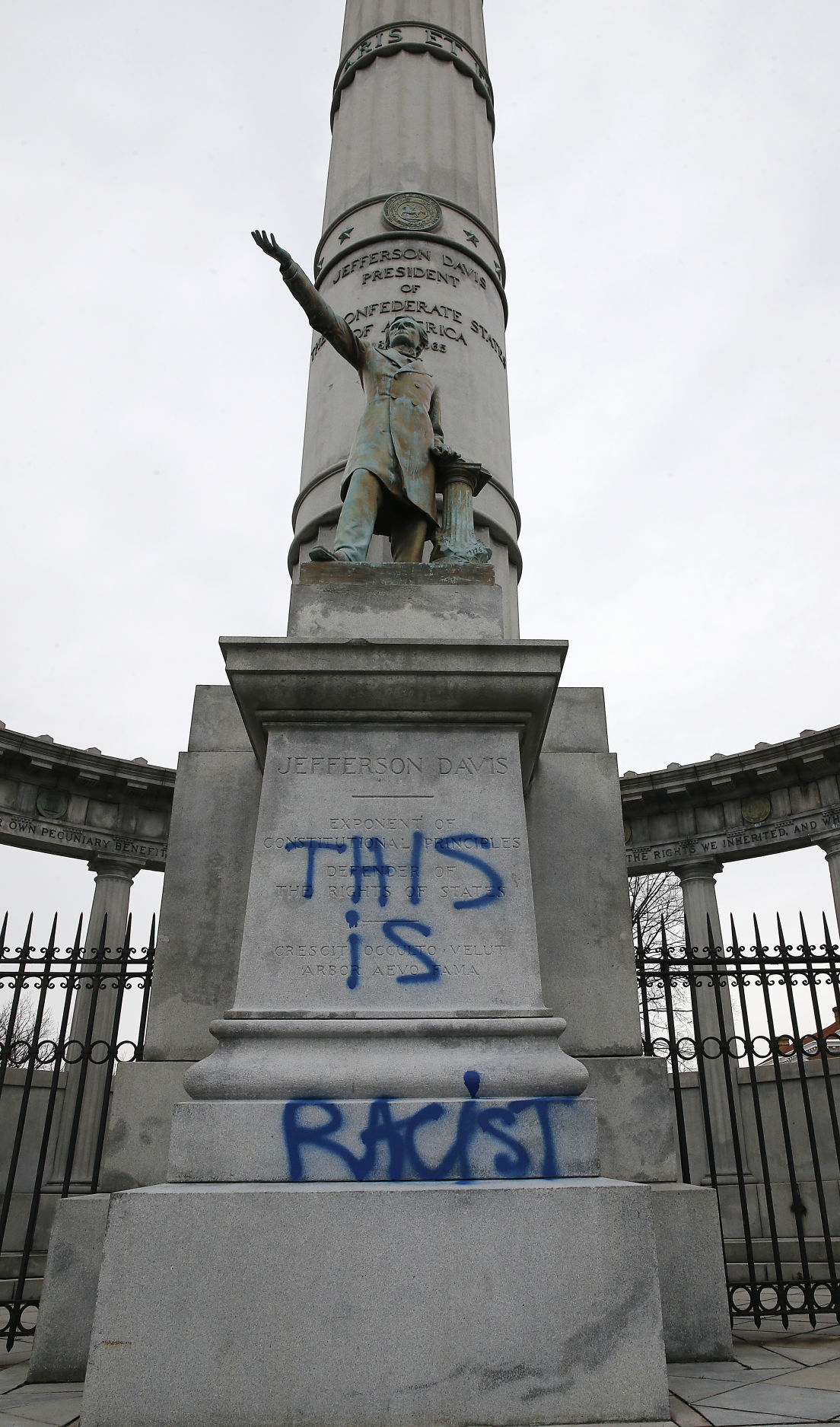 Two Confederate monuments along Monument Avenue were spray-painted overnight, according to Richmond police.

Around 4:30 a.m. Tuesday, a Richmond police officer discovered the paint on the Jefferson Davis monument. Five hours later, it was reported that the other statue had also been vandalized.

Detectives are investigating, police said, but don’t have any suspects.

The vandalism comes a day after Richmond’s City Council requested authority from the state to decide the fate of its Confederate iconography. The General Assembly reconvenes Wednesday for its legislative session, during which proponents for removal of the Confederate statues expect a long-standing state law protecting them to be changed now that Democrats have assumed control.

Most likely some kids with no upbringing ...... But, Michael Williams would say it is just some kids fooling around …. But, if it were the "Rumors of War", or some other statue that was not of a dead Confederate Soldier, it would be a gang of White Supremist. Hallelujah, and period.

I'm so disappointed to see repeated vandalism on the statues on Monument Avenue. It doesn't add to the conversation. It's just extra work for the Richmond environmental workers and extra expense for the citizens of Richmond. It is very expensive to clean the graffiti. I would be happy to donate to the City of Richmond to have high quality cameras installed to get video of the vandals. Why doesn't the City install cameras? If it's a matter of the cost, ask for donations.

Cameras are an obvious and logical response to more expensive repairs.

Such graffiti by hooligan know-nothings is illuminating. They do not know that Davis opposed secession. He had a distinguished military career. Also served as Congressman, U. S. Senator, and Secretary of War. So sad to see the ignorance that accompanies these assaults on our history and the distinguished men who stepped forward to serve their country and their "homeland."