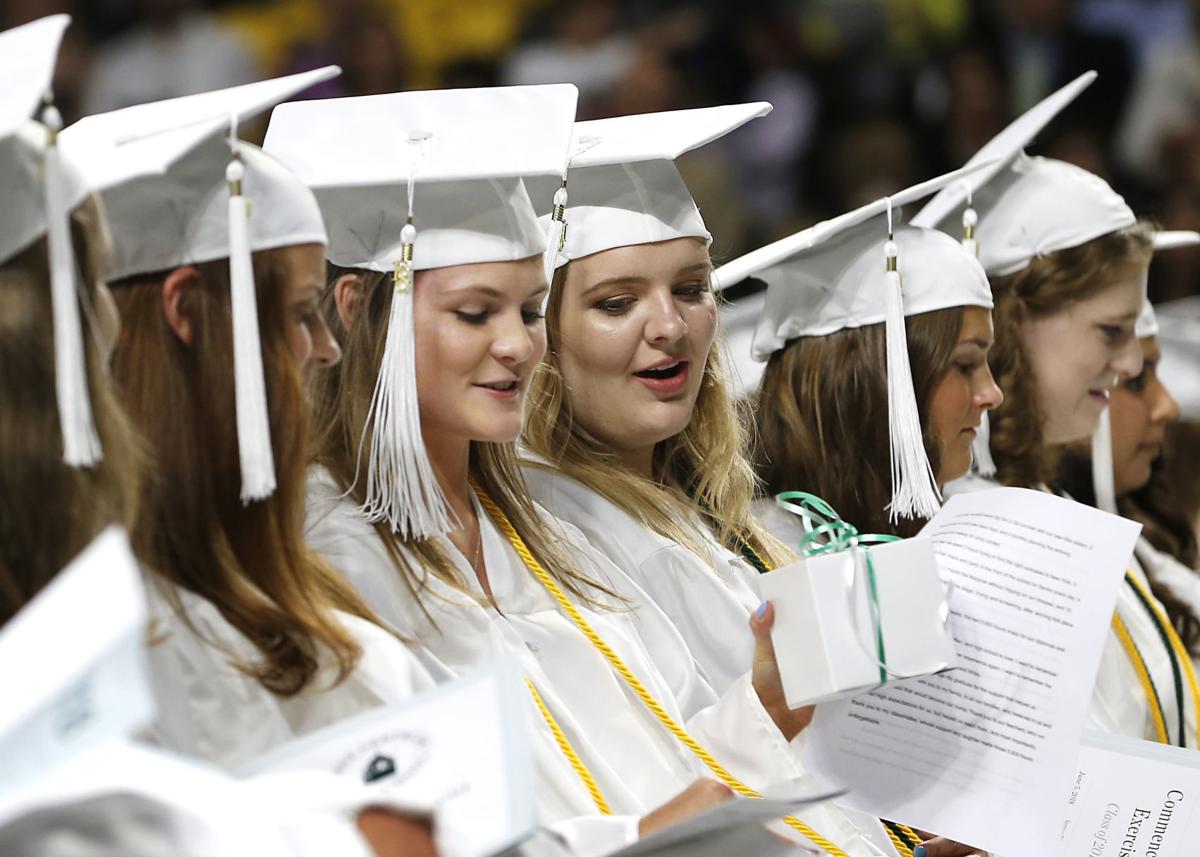 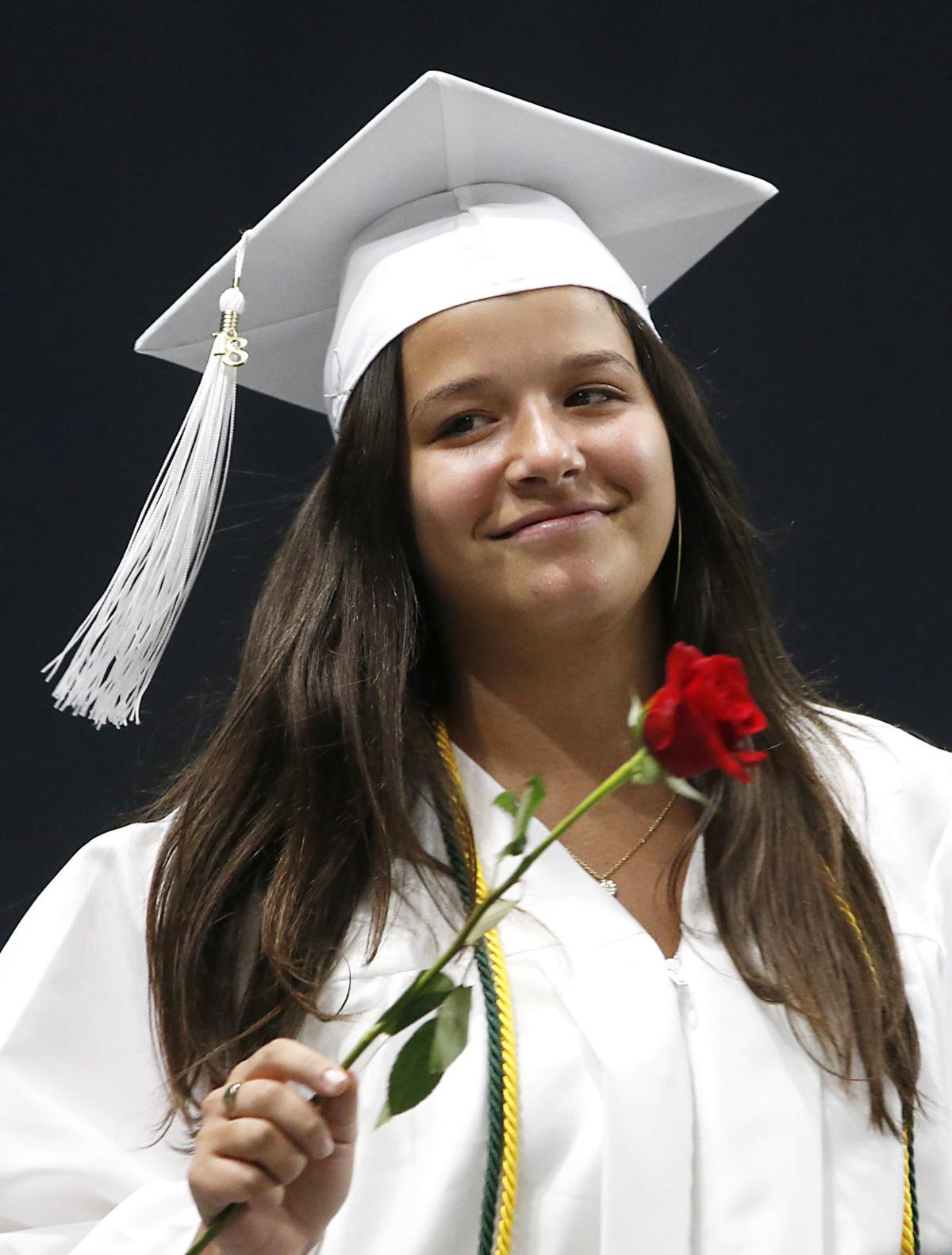 A private high school in Richmond is simplifying financial aid.

Saint Gertrude High School in the city’s Museum District is rolling out a flexible tuition model in which families pay what they can afford rather than having to apply for financial help. The all-girls school has an $18,530 per year sticker price, but school officials hope this new model — the first of its kind among Richmond private schools — will open up the school to more families.

“We want more families in the Richmond community to feel they deserve and can get a Saint Gertrude education,” said Renata Rafferty, the head of school. “We’ve got to get over the financial aid hurdle.”

Instead of applying and then seeing how much they would receive in financial aid, Saint Gertrude parents — both current and prospective — can use an online calculator to estimate the cost of attending the independent Catholic school, which was founded in 1922 by the Benedictine Sisters of Virginia.

Saint Gertrude makes its estimates based on a family of four with two children attending tuition-charging schools.

“We wanted to make it very easy for everyone without having to give us information,” said Rafferty, touting the simplicity of the new system. “We’ve given people a benchmark so they can know what they’ll pay right off the bat.”

Families who don’t participate in the optional program pay the full tuition rate. At a minimum, the school said, each family will pay 20 percent of the full rate, which is about $3,500.

About 2 in 5 Saint Gertrude students currently receive financial aid. Rafferty said families might not expect to qualify for normal financial aid but can still receive a discount on their tuition.

The estimate is derived solely by a family’s income, but the actual rate is calculated by a third-party company before the school signs off on it. That tuition rate is given to families when they get accepted or receive their re-enrollment letter.

By making the price simpler for families, Rafferty said the school will be more open to families who might not expect their children to attend private school.

“We wanted to create a community within Saint Gertrude that’s more reflective of the greater community and at the same time deal with this concern that people had where they didn’t want to apply for financial aid,” she said.

About 3 in 4 students at the school are white, which is 13 percentage points above the region’s population. About 200 students are enrolled, according to the school’s website.

“It will give persons who might have been put off by an initial outlay of a full tuition an opportunity to explore Saint Gertrude and see what’s possible for them,” said Sister Glenna Smith of the Benedictine Sisters of Virginia, which owns and operates the school. “I’m hoping it will give more options and allow more people to think that they can afford the school.”

In an analysis of tuition models this year, the National Association of Independent Schools said schools with financial aid models like the one Saint Gertrude is rolling out — about 5 percent of private schools — have seen an increase in applications.

The program will start next school year.

I've read through this story a couple of times and don't understand what is changing. Is it going to be cheaper for more people to go here, or is it that you can find out what your reduced tuition will be prior to filling out financial aid forms? It sounds like people didn't know if they qualified for reduced tuition until they had already enrolled. That seems kind of problematic to me.

It’s going to be harder to pay for school and everything else with Rump’s financial policies tanking the stock market and raising the cost of goods with inflation. Retirement 401K’s are going down the toilet.

Drake, you're wrong again as usual. Families don't pay for tuition with long-term investments. Your financial illiteracy is appalling and obviously the result of a public school education.

Fred obviously never heard of 529 investments let alone savings bonds and all the other ways families save for education. That’s pretty much what we’ve come to expect from the low-education voters Rump says he loves.

This is great. I attended private school through 8th grade and wasn't able to attend this school because my single mother could not afford it. I had no other option but to attend Highland Springs. It was quite the adjustment, but I accomplished many honorable things there and was even Miss Highlander. Ultimately, I attended the college of my choice. I do often wonder what high school would have been like if I was able to attend St. Getrude's. It's good to know that my husband and I will be able to send our daughter if she wishes to go. :)