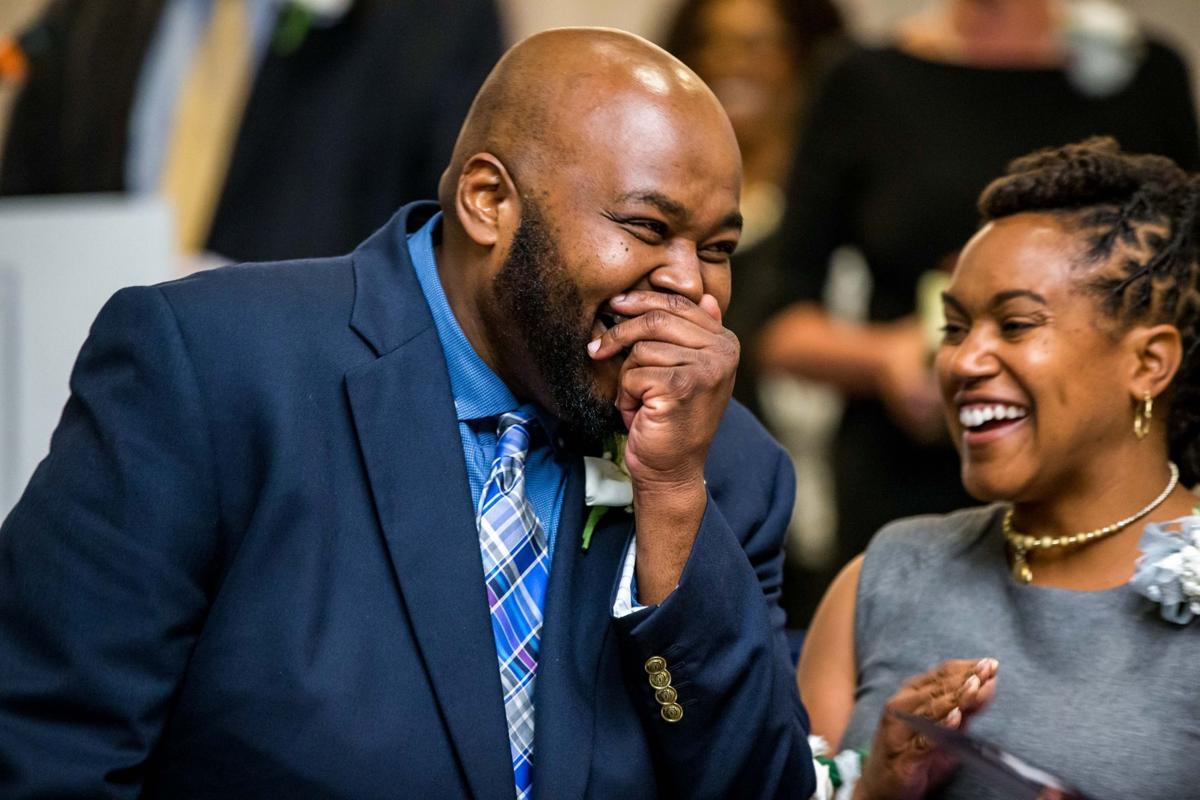 Rodney Robinson, the Richmond region’s educator of the year, said, “To have people of color in the classroom only lifts expectations for students.” 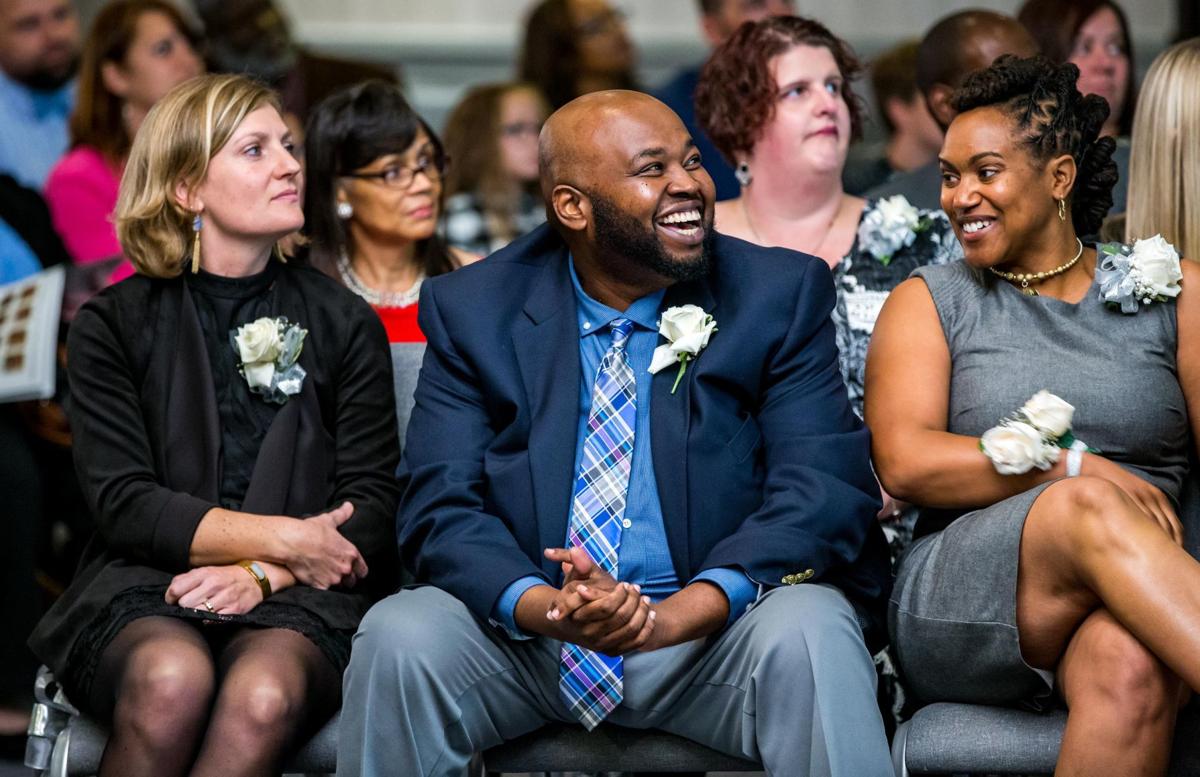 Rodney Robinson was called to teach because of his mother. She wanted to be a teacher but grew up in the segregated South and wasn’t able to.

“I’ve always felt it was my duty to fulfill her dream of being a teacher,” Robinson said.

On Thursday night, with his mother and wife, who is also a teacher, in attendance, Robinson was named the 2018 Richmond Public Schools Teacher of the Year.

When RPS interim Superintendent Tommy Kranz announced the Virgie Binford Education Center social studies teacher as the winner, a look of shock came across his face.

The nine other finalists — all of whom received iPads — cheered as Robinson’s name was announced, and audience members hollered their praises. Robinson, the first RPS Teacher of the Year from the Binford Education Center, received $1,000 plus the iPad.

In his brief remarks to the audience after the announcement, Robinson thanked his wife and mother and said he was proud to represent black men, a group that represents only 2 percent of public school teachers in the nation, according to the U.S. Department of Education.

“This doesn’t feel real,” Robinson said after the ceremony.

Robinson graduated from Virginia State University before becoming a civics and economics teacher at Lucille M. Brown Middle School. After a year there, Robinson spent two years as a world geography and U.S. history teacher at George Wythe High School.

In 2003 Robinson moved to Armstrong High School, where he taught government, history and geography. He now teaches social studies at the Binford Education Center, which is part of the Richmond Juvenile Detention Facility.

The Teacher of the Year nominees from all Richmond schools were honored at Thursday’s event.

A five-person committee narrowed the field to 10. Libby Germer, a teacher at George Wythe High School, finished as the second runner-up. Chris Lombardi, a teacher at Mary Munford Elementary School, was the first runner up.

The event boiled down to teacher appreciation.

Rodney Robinson was driving to the Whole Foods in Short Pump six weeks ago when he got a call he’d been waiting for.