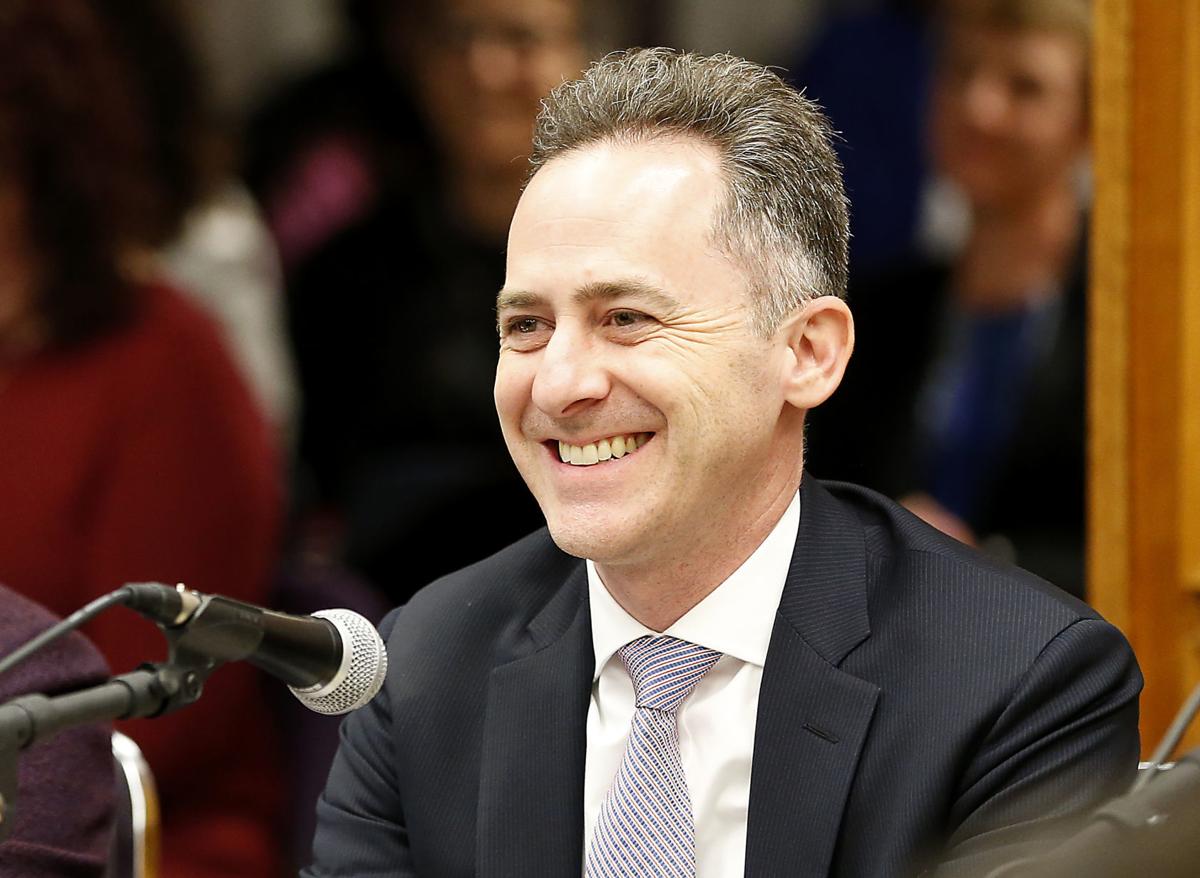 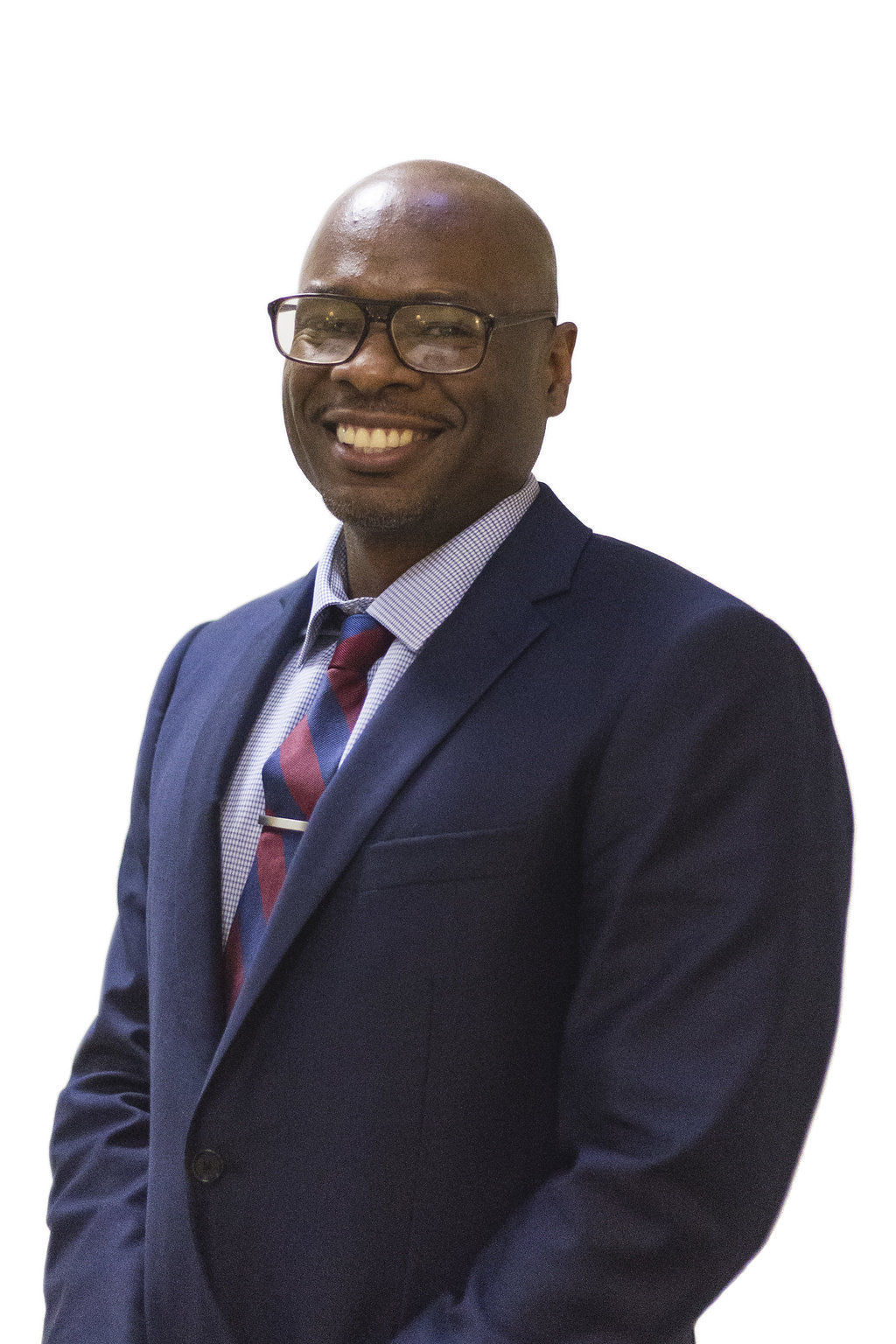 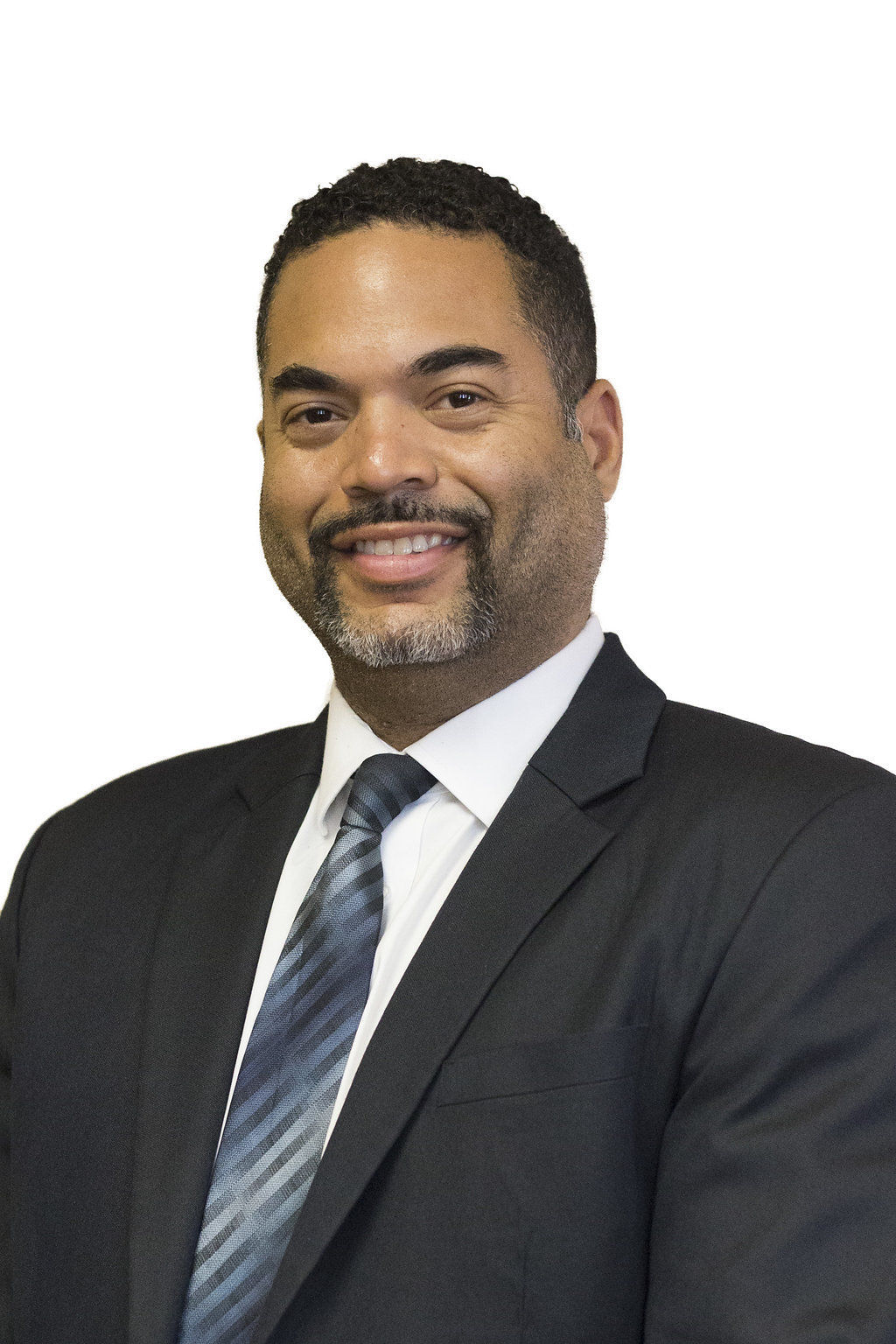 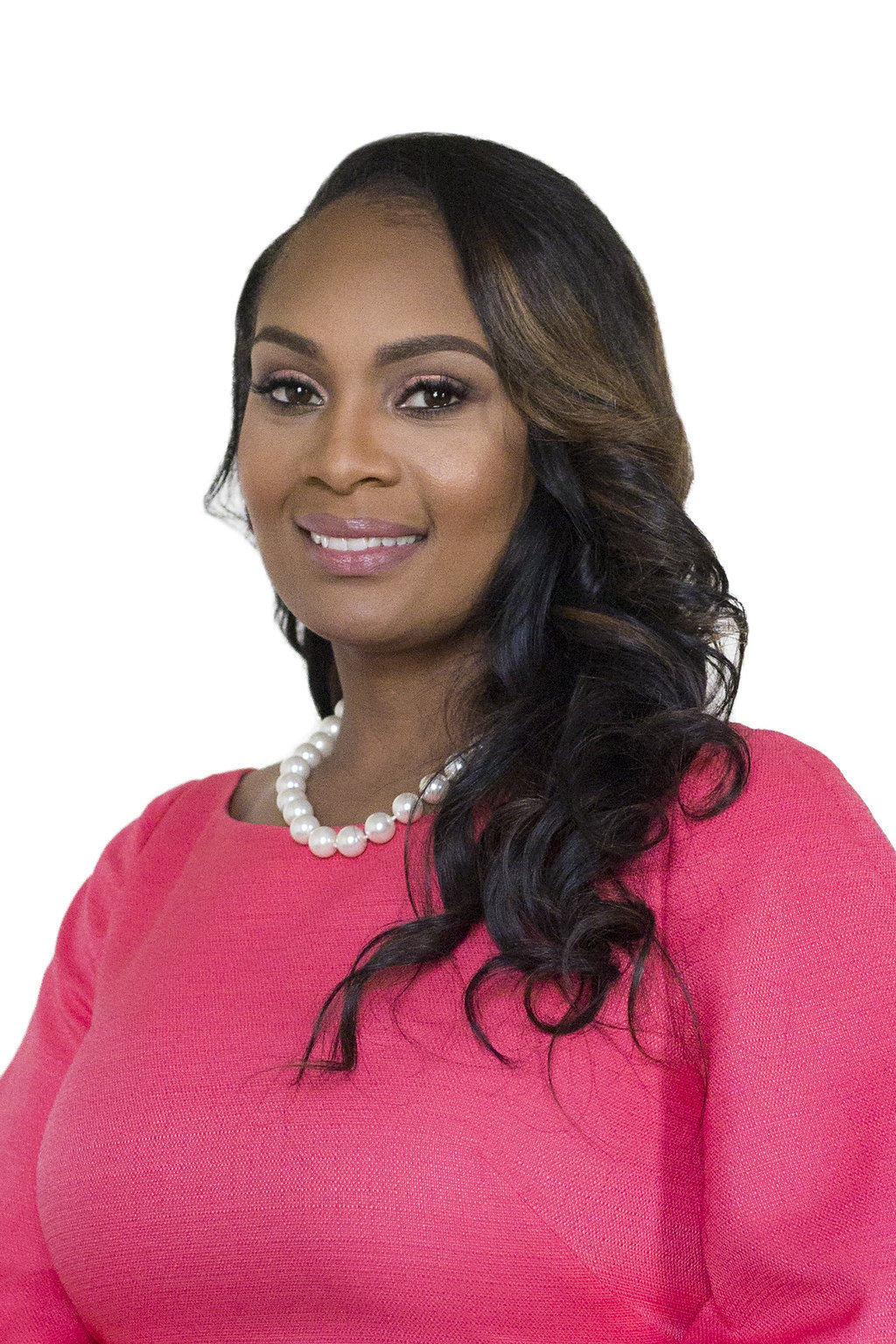 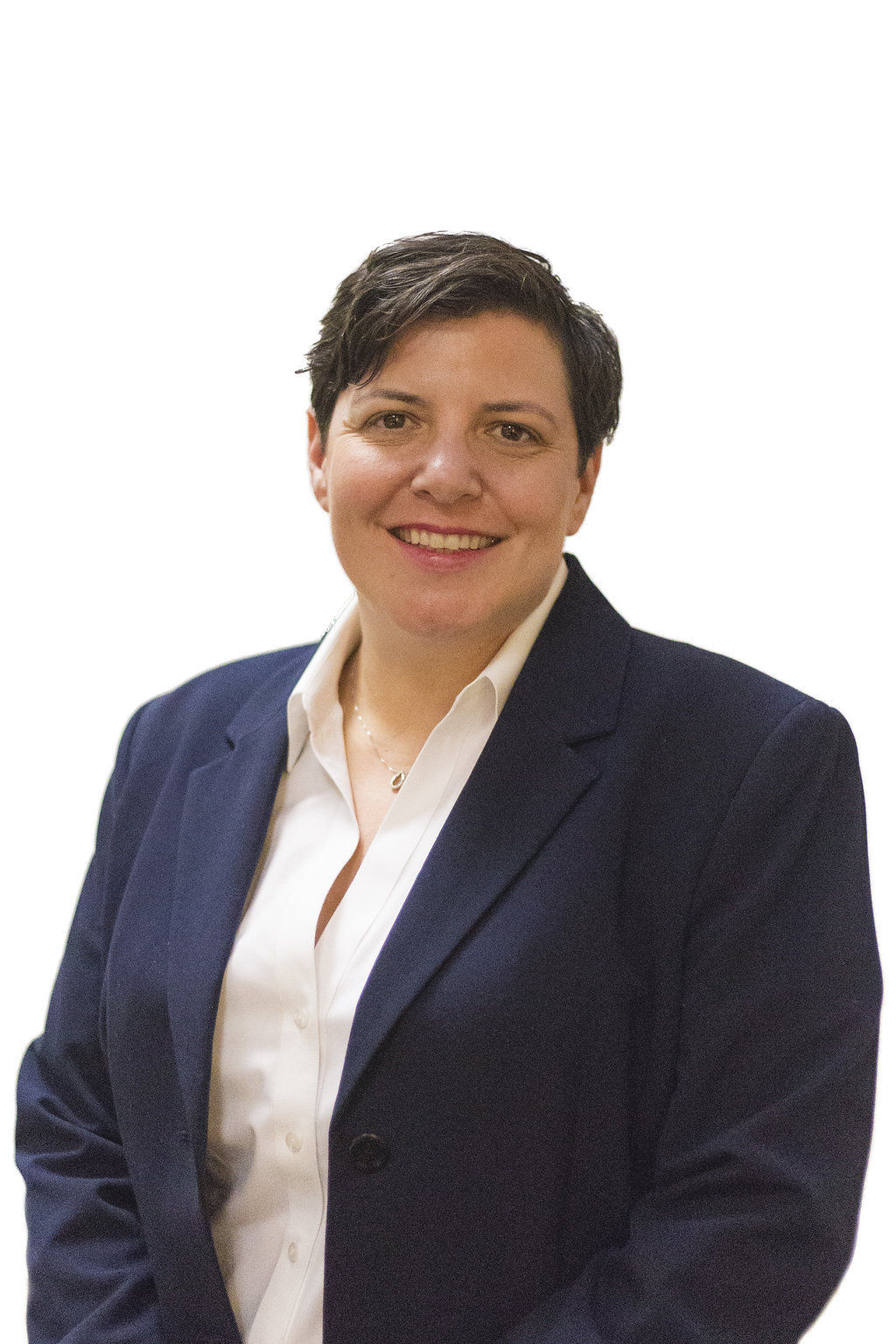 The Richmond School Board on Monday night approved in a 5-4 vote the hiring of four members of Kamras’ Cabinet, who will join already-hired chief of staff Michelle Hudacsko, all but filling the new six-person administrative team. The group will work to turn around a school system with lagging student achievement, which has prompted increased state oversight.

The new RPS Cabinet structure, which was consolidated from nine members to six, will save about $200,000 per year for the division, Kamras said. Four of the five Cabinet members who have been hired will make $180,547 per year, while the fifth will make $175,250, the division said. The new members are slated to all start by June 1.

Here’s who will lead RPS:

Hudacsko was the first member of the Cabinet to join the division, being hired at the board’s Feb. 20 meeting. As chief of staff, Hudacsko serves as the chief adviser to Kamras. The two worked closely together in D.C. Public Schools, where Hudacsko most recently worked.

According to a description of the job responsibilities, the chief of staff manages communications, drives performance management and helps coordinate across the administration.

Hughes most recently served as an instructional superintendent in D.C. Public Schools. He oversaw 11 elementary schools and was hired by the division in 1999 as a fourth-grade teacher. RPS currently has two assistant superintendents of schools, Anthony Leonard and Abe Jeffers.

Hughes will manage four “cluster superintendents” — two at the elementary level, one for middle schools and one for high schools.

Simmons, a former high school social studies teacher, also worked in D.C. Public Schools. He worked as the director of HR data integrity and analytics, and as the deputy chief of employee services. He left the division in 2017 and currently serves as a management consulting executive with Accenture, an Ireland-based consulting firm.

“They’re so closely related,” Kamras said about why he combined the positions. “So much of the facilities work ties into the budget work so we thought there could be a lot of synergy here.”

Epp most recently served as the executive vice president and chief operating officer for the National Math and Science Initiative. She previously served as a principal at Education First Consulting and as the chief academic officer at Achievement First Public Charter Schools. Epp was the founding chief academic officer for IDEA Public Schools, a network of public charter schools.

She’ll oversee all the division’s academics, a role previously done by two people. She will make $180,547 with RPS.

Thomas is a former teacher in Boston Public Schools and a principal in Springfield Public Schools in Massachusetts. She is finishing a doctorate in education leadership from the Harvard University Graduate School of Education.

Harris will not be a new face around RPS. She’s done work with the division, Virginia’s Department of Juvenile Justice and the Virginia Governor’s Children’s Cabinet to help eliminate the school-to-prison pipeline.

Harris will manage community engagement, manage outreach to RPS families, and help with outreach to city and state leaders. She will make $175,250 with RPS.

This is the lone position that has yet to be filled. The chief talent officer will manage recruitment, orientation, compensation and retention. A salary has not yet been determined for the post.

The appointment of the four new Cabinet members was met with some opposition.

The new Cabinet will cost taxpayers about $200,000 less than the current structure. Kamras consolidated the number of Cabinet members from nine to six, which reduces the salary cost by $207,267.

“This is based on my assessment of what Richmond needs at this time,” Kamras said after Monday night’s meeting.

Kamras said he looked at existing salaries and factored in the combination of positions when proposing the salaries for the Cabinet members. He added that some of the new members are taking pay cuts to join the division.

“I’d like to reiterate my gratitude to the board and I’m excited to work with this team to do great things for the kids of RPS,” he said.

After a closed session that lasted about 90 minutes Monday night, the board emerged close to 11:30 p.m. with enough votes to approve the new leaders, but not without some last-minute thinking.

“I supported our superintendent’s desire to cut the fat and clean house at RPS, and I commend him for making one of his first actions reviewing his budget and cutting positions that he deemed wasteful in his core administration,” wrote Liz Doerr, who represents the city’s 1st District.

Kenya Gibson of the 3rd District, Jonathan Young of the 4th District, Patrick Sapini of the 5th District and Felicia Cosby of the 6th District voted against the hires.

Sapini and Young both took extended pauses before casting their votes.

“Tonight was the toughest vote I’ve had so far,” Young said after the meeting, citing a desire for Kamras to have his staff, which is normal for new leaders, but he ultimately couldn’t get over the salary hump.

Young and Gibson abstained from the Hudacsko vote last month.

“From my vantage, high administrator salaries are a result of growing business CEO salaries and mark a shift towards imposing a corporate model in our schools,” Gibson said in a statement Tuesday morning. “However, public schools are not corporations; they must prioritize our community’s unique needs over administrator incentives and bottom lines.”

“RPS has had the reputation — sometimes fair, sometimes not — of being too top heavy … so we have to be extremely sensitive to that as we have those conversations,” Cosby said during the meeting. “We want to make sure that we’re meeting the needs of our schools.”

Earlier in the meeting, board members voted 8-1 to have an open session discussion on the structure of the Cabinet and the salaries for the positions.

Linda Owen of the 9th District was the lone vote against.

“I’m not sure we need to get into the weeds on the structure of the Cabinet,” Owen said.

Other board members seemed to agree, citing policy that says the superintendent must inform the board of the Cabinet’s organization for the sole purpose of communication.

Ultimately the board opted to have a brief discussion in open session, during which Kamras explained the responsibilities for each Cabinet member and the total salary cost. No specific names were mentioned.

Chris Lombardi, a teacher in the division who spoke on behalf of Support Our Schools, a city schools advocacy organization, urged the board to delay action.

“We deserve the chance to see what the structure is going to look like,” he said.

Lombardi, speaking for the organization, also asked board members to cap administrative staff costs at 3 percent of the division’s budget and to require all Cabinet positions be advertised and open for applications.

The School Board voted last month to waive policy related to the posting of job vacancies for Cabinet-level jobs. Normally, jobs must be posted for a minimum of 10 days, but that’s not the case for the incoming Cabinet.

The Richmond School Board narrowly approved the appointment of four Cabinet members to the school division’s administration Monday night. The …