Problems, including water damage to the gym floor, began surfacing soon after the new Huguenot High opened in 2015. 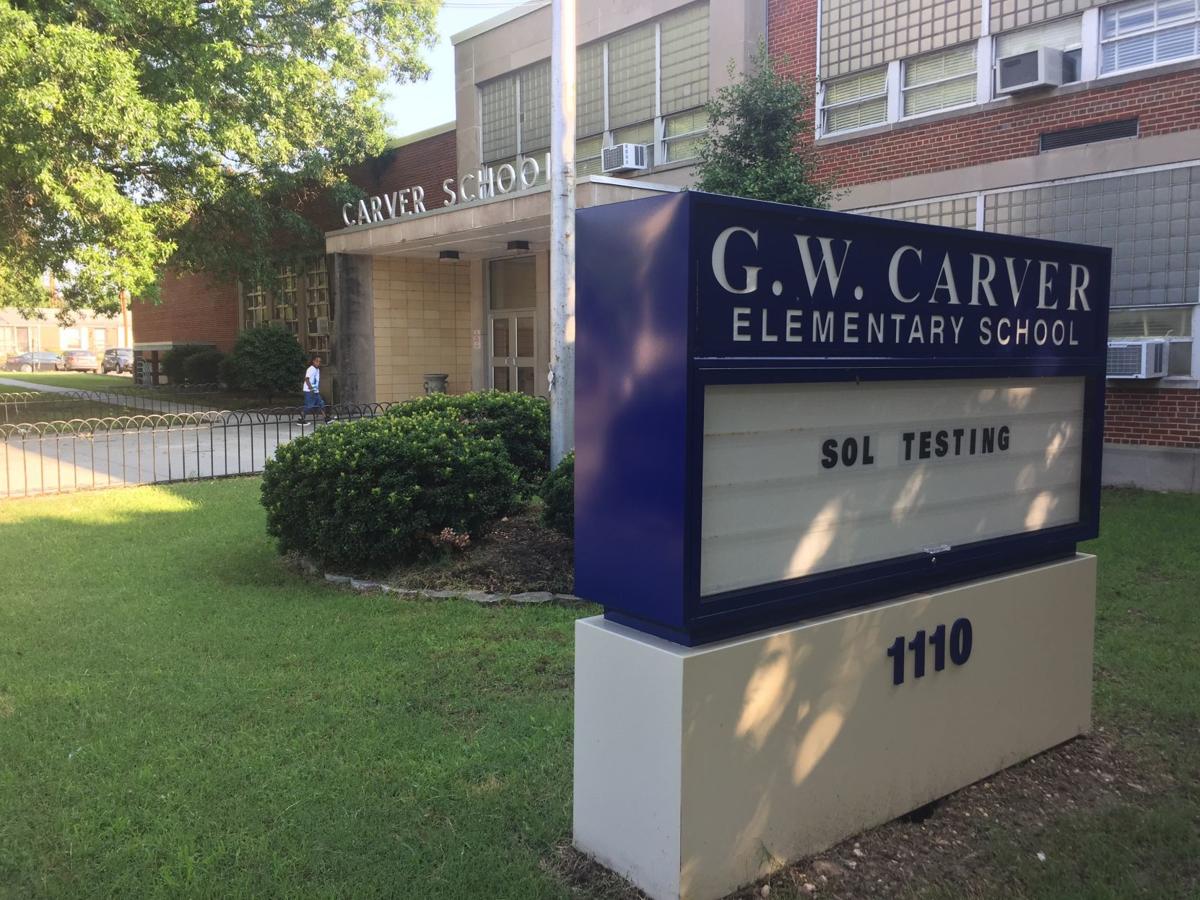 Kids of seven in 10 Carver families did not retest at the end of the 2017-18 year, after the state began investigating cheating allegations.

Problems, including water damage to the gym floor, began surfacing soon after the new Huguenot High opened in 2015.

Kids of seven in 10 Carver families did not retest at the end of the 2017-18 year, after the state began investigating cheating allegations.

A revitalized gym floor at Huguenot High School is set to be installed by the end of August and will cost more than $130,000.

He added that the process for installing the new membrane and new floor will take six to eight weeks, with the cost totaling $131,331.

Those costs will come out of the original fund from the high school’s construction, which has $900,000 left in it, something the School Board wasn’t aware of until a recent meeting.

“Our students at Huguenot deserve a gym that they can use and the taxpayers deserve a guarantee from RPS that someone will be held accountable for the $100,000 that we have to duplicate in spending,” said Jonathan Young, who represents the school on the School Board.

The fund was not closed out because “the gymnasium was still an outstanding item,” said Jim Nolan, a spokesman for Mayor Levar Stoney.

“So in late May, the mayor instructed the administration to meet with the superintendent to determine a repair plan that could be paid for using a portion of the remaining fund balance for the project,” Nolan said.

Huguenot, which opened in early 2015 as a replacement for a 45-year-old high school on the South Side site, was built under the mayoral administration of Dwight C. Jones, one of four schools built during his tenure.

The construction funds for the other three schools have been closed, Nolan said.

Simmons said Monday that a decision hasn’t been made on what to do with the remaining money left after the Huguenot floor repairs.

The gym floor at Richmond’s newest high school was not usable this year because of extensive water damage, with the cause of the problem unknown for much of the school year. The problem caused sports teams that would otherwise play in the gym to play at other schools — both public and private — in the city.

If the construction timeline proposed by Kamras’ administration comes to fruition, that promise will be kept.

Here’s what else the School Board discussed Monday night:

Details remain unknown about the “potential irregularities” in the administration of state tests at Richmond’s George W. Carver Elementary School.

RPS Chief Academic Officer Tracy Epp briefed the School Board on Monday about the situation, which prompted a schoolwide retake during the last week of school.

The Leigh Street school is currently being investigated by the Virginia Department of Education for its administration of the Standards of Learning exams earlier this year. The initial findings of the investigation, Epp said, led to the retake.

“My hope is after the investigation we’ll see that it’s more of a procedure thing than anything,” said Scott Barlow, who represents Carver on the School Board.

Retakes will be held June 25-27 for students who qualify for another chance to pass the tests.

Richmond Public Schools will use an internal lobbyist next year.

Frustrated by recent lobbying efforts, the School Board voted unanimously on Monday to create a new internal position — Director of Advocacy and Outreach — to lobby the General Assembly and also focus on community outreach and mobilization.

“We were just woefully behind the eight ball when it came to our lobbying efforts with the General Assembly,” said Felicia Cosby, the 6th District representative on the board, during a recent conversation about the division’s lobbying.

The division previously paid Commonwealth Strategies Group $48,000 per year, but let its contract with the firm expire at the end of May.

The new position, which will report to Chief Engagement Officer Shadae Harris, will cost RPS $100,000, with $48,000 coming from the CGS contract and $52,000 from Superintendent Jason Kamras’ central office shake-up, Harris said Monday.

The internal lobbyist will work to improve state funding to RPS, among other things. The state share of per student funding in RPS has fallen 16 percent since before the Great Recession, according to analysis from The Commonwealth Institute for Fiscal Analysis, a research organization based in Richmond that focuses on economics and policy.

Richmond Public Schools gave out just 11 percent of the devices it received from Sprint in an effort to combat the digital divide among high school students.

In October, the school division launched the project for students 13 years old or older that didn’t have adequate access to the internet. RPS was one of just 118 school divisions across the U.S. to partner with telecommunications giant Sprint for the project.

The school system received 1,050 tablets for students in 9th through 11th grades, but deployed just 120 of those tablets, according to figures presented to the School Board on Monday.

The partnership is part of Sprint and the Sprint Foundation’s 1Million Project, an initiative Sprint created to give 1 million free devices and wireless access to high school students across the U.S. who don’t have wireless internet at home, meaning they can’t complete their school work.

More than half of the tablets were returned to Sprint, partially in part to a Sprint request to do so and because of the district’s projections for next year.

RPS plans on giving out more than twice as many tablets next year (280) as it did this year, and is keeping 30 in case some break.

Here’s how the partnership lines up school-by-school:

The School Board meets again July 2.

Nothing reported by the RTD or other media outlets even suggests that RPS has identified and remedied the root cause of the moisture problem. Unless the root cause is eliminated, it seems reasonable to assume that moisture will continue to accumulate beneath whatever membrane is installed possibly damaging the concrete slab on which the floor is installed. In the unlikely event the root cause is know, them RPS has a duty to Richmond taxpayers to disclose both the root cause and all measures intended to eliminate it.

This is not going to work. You can’t fix incompetence and shoddy construction