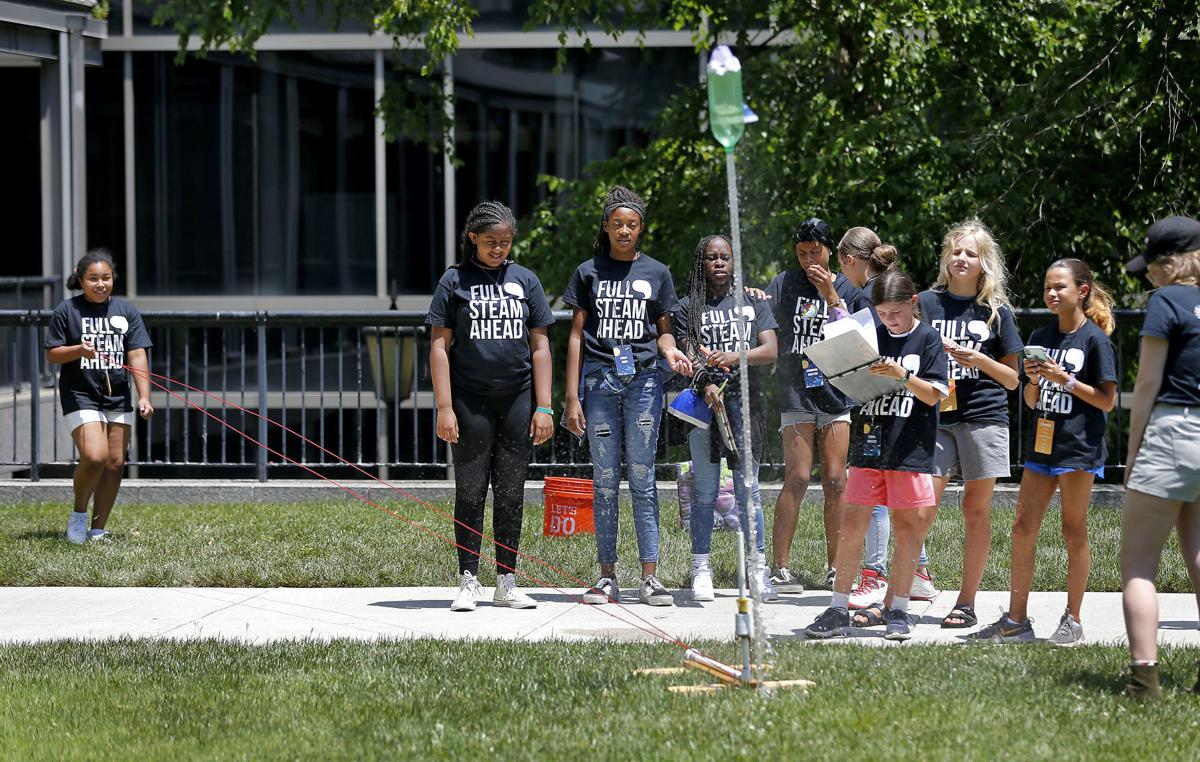 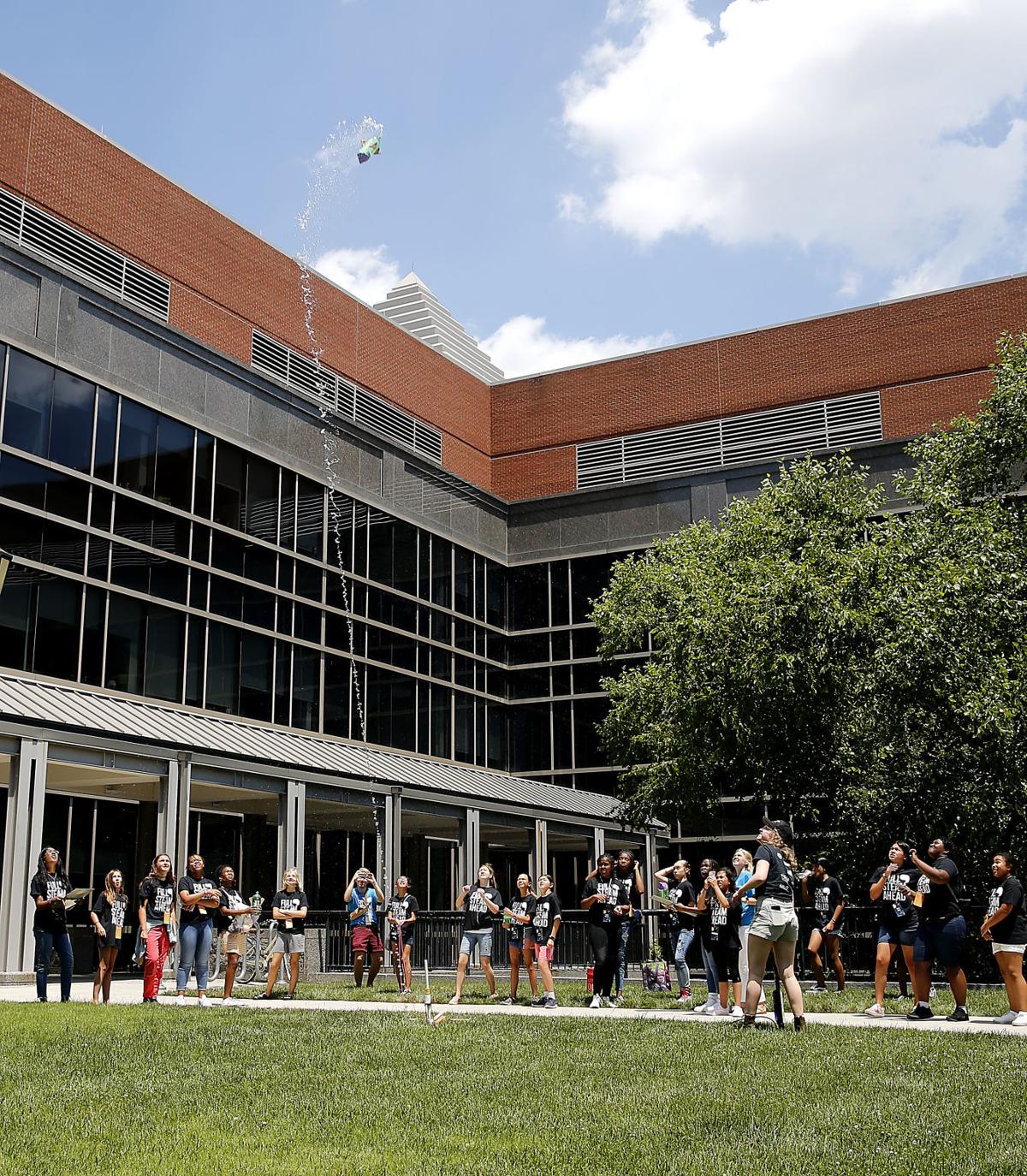 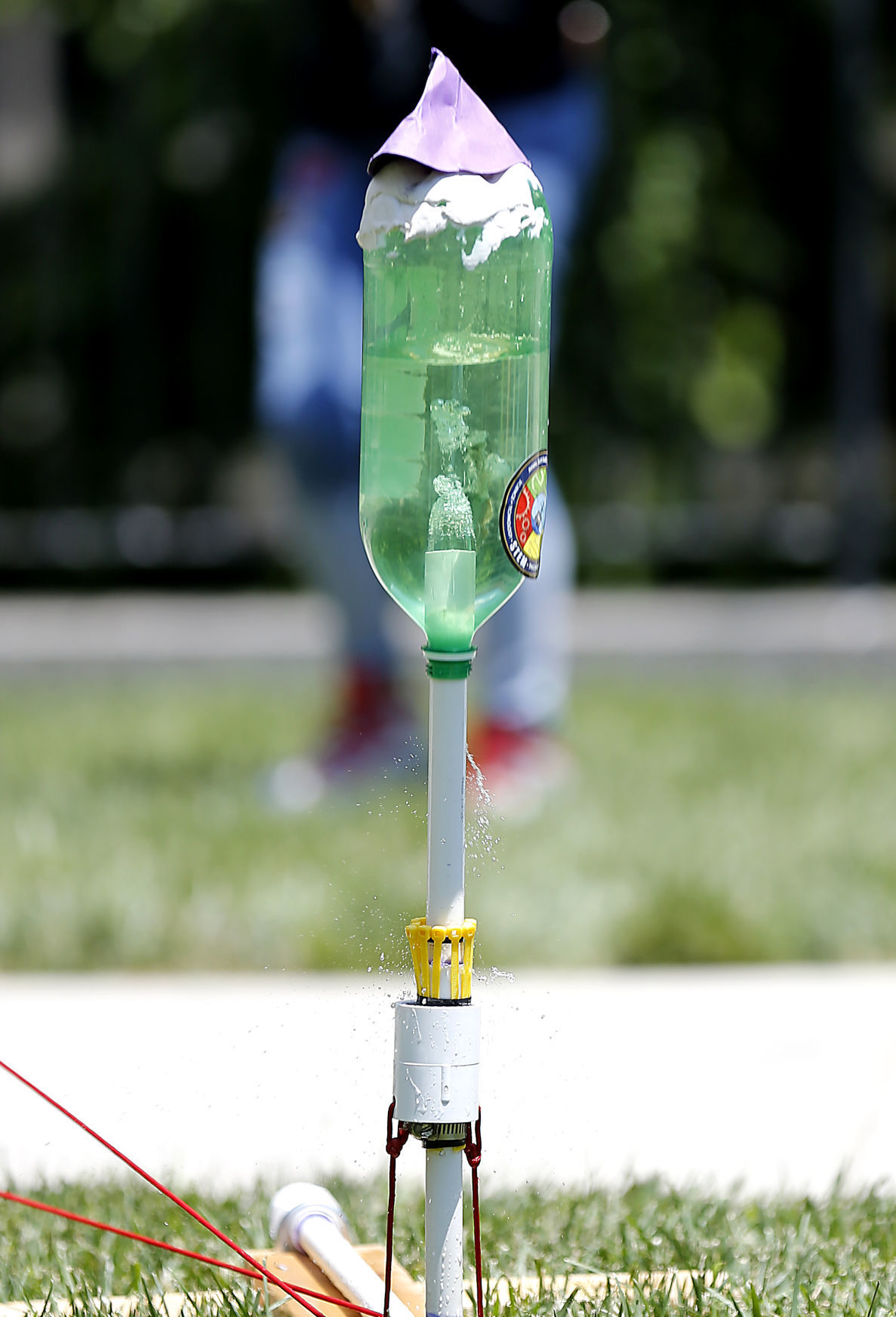 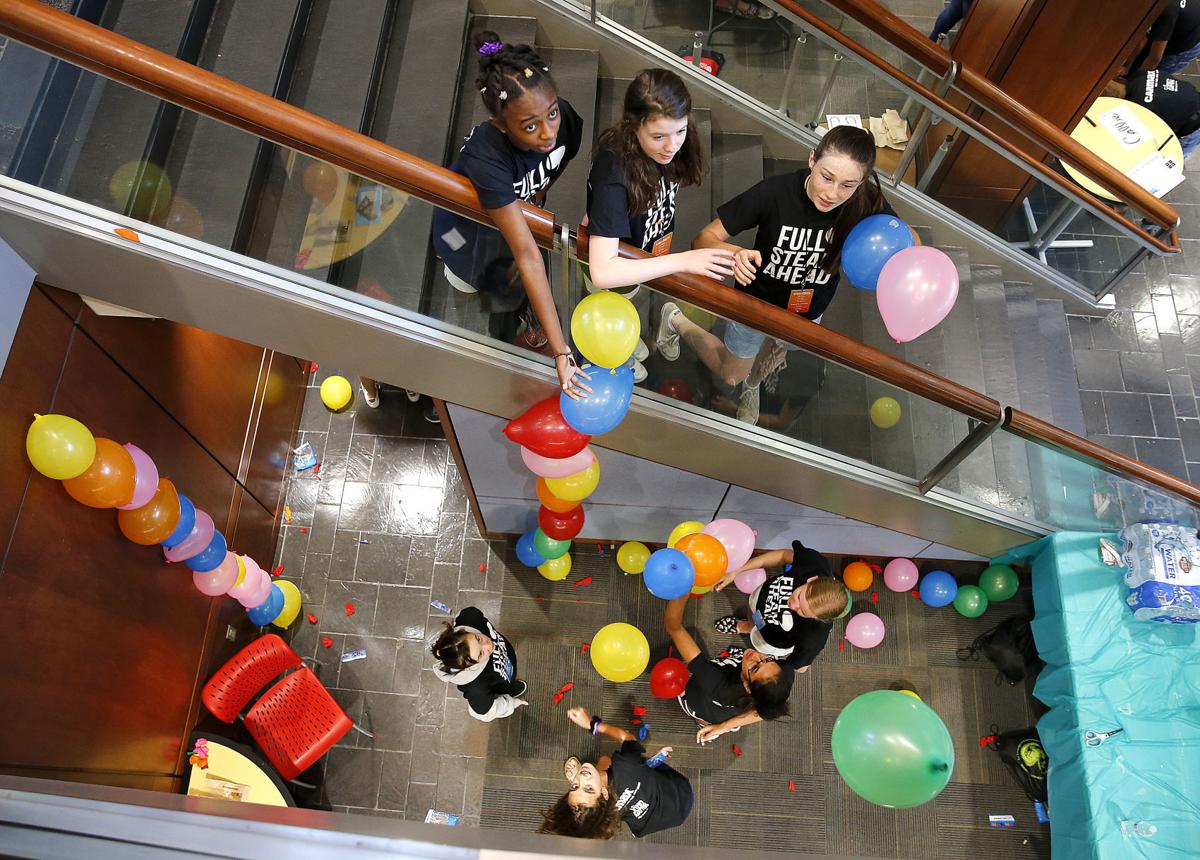 Conference attendees work on a problem-solving, team-building activity with balloons during a break.

Conference attendees work on a problem-solving, team-building activity with balloons during a break.

Special, joined by her sister and other friends from Richmond’s South Side, learned the basics of building an electric circuit using a web-based computer simulation program, took a woodworking class and worked together to navigate a mythical zombie apocalypse.

That was all before lunch.

Along with about 175 other rising sixth- through ninth-graders from across the Richmond region, Special got a full dose of instruction in science, technology, engineering, the arts and mathematics Saturday at the Full STEAM Ahead conference hosted by CodeVA, a Richmond-based nonprofit.

The daylong event, held this year at Virginia Commonwealth University’s engineering school, aims to expose girls to activities that are taught by women, chipping away at a gender gap in the STEAM workforce.

The event started four years ago, the brainchild of VCU alumna Della Sigrest. It has since more than doubled in size, giving girls the chance to see and try things they might not otherwise encounter in their everyday classroom.

“We want them to keep pursuing these careers if that’s what they’re interested in,” Sigrest said.

The day’s workshops were taught by women who work in STEAM.

The circuit course lesson in which Special participated was led by representatives from the Society of Women Engineers. The woodworking class was taught by Lexus Mackenzie Longbrake, another VCU alumna. The zombie apocalypse traffic control experience was put on by Anna Coogan, a risk management coordinator.

“So many girls don’t see role models in their field,” Sigrest said. “We hope they can hopefully see themselves in these roles.”

According to the National Science Foundation, women are underrepresented in the science and engineering workforce. They make up just 15% of engineering workers, while one in four computer and math sciences workers are women.

Eliminating that gap is one reason CarMax sponsors the event, including having about 20 employees teach students or volunteer.

“Piquing their interest starts with them being aware of what’s out there,” said CarMax Community Engagement Manager Chasity Miller. “If they don’t know it exists, they can’t dream it, and we want them to dream big.”

Just 35% of low-income students nationwide will have access to a computer science class before graduating high school, according to the Education Commission of the States, compared to half of students from higher-income families.

A little less than half of the Full STEAM Ahead attendees go to a Title I school.

This year’s participants also created fake apps, did experiments with strawberry DNA and learned the basics of code breaking, among other things.

“We learned, but we also got to do stuff,” said JaNyla Malone, who just finished fifth grade at Oak Grove-Bellemeade Elementary School. “It taught me that I can do anything if I just put my mind to it.”