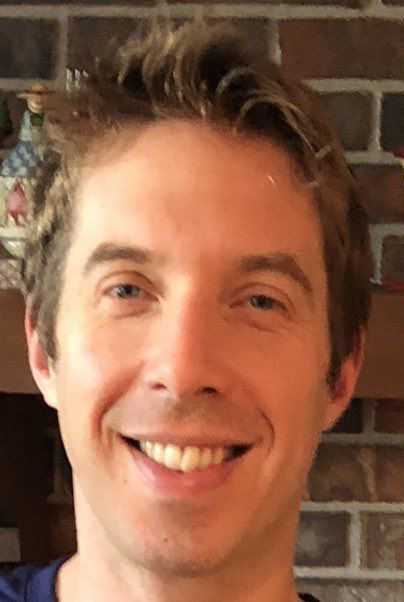 He had traveled the country working on political campaigns as a field organizer but felt the call to switch careers and follow in his mother’s footsteps and go into education — specifically as a special education teacher in a district with a large population of low-income students.

“I wanted to commit myself to being a part of the change that helps change the outcomes and the experiences for students,” said Scott, adding that he wanted to “make a difference in underserved and underprivileged communities.”

Scott enrolled in 2013 as a master’s degree student at Virginia Commonwealth University and became a teacher at Henderson Middle School in Richmond, a school where 86% of students are considered economically disadvantaged by the state.

At the time, VCU had no formal program for career-switcher teachers like Scott. That has now changed.

The university’s education school gained state approval this year for one, with the first cohort of prospective teachers starting classes in the fall.

The program, called “Pathways to Teaching,” is specifically looking to help career switchers get placed in urban and high-needs schools across the state.

“I wish I had that opportunity,” Scott said.

The program, one of five in the state, takes people who have worked professionally for at least three years and helps get them acclimated to schools before they actually go into the classroom as teachers.

In the first of three steps, the career-switchers take 18 learning modules on Friday nights or Saturdays over the course of two semesters. They also spend 30 hours in middle or high schools to understand the basics of school culture and teaching, and some will spend 20 hours in elementary schools.

If they finish that first step, the state issues the prospective teacher a provisional license.

That advances them to the second step, where they teach full time (and earn a salary) and go to teaching seminars on such topics as the achievement gap, the use of data in the classroom and trauma-informed care. The first-year teachers also get a VCU mentor.

The teachers receive professional development from VCU in the third step of the program, which costs $5,000 for the first step and $500 for the second.

“We’re trying to help them transition successfully from one career to the next,” said Joan Johnson, the executive director of licensure and accreditation at VCU’s School of Education.

Old Dominion University, Regent University, Shenandoah University and the state’s community college system have the other certified career-switcher programs, according to the Virginia Department of Education.

About 3% of state teachers have gone through career-switcher programs, according to data from VCU and the National Education Association.

Joshua Cole, the executive director of the education school’s Office of Strategic Engagement, which houses the program, said it’s targeting retiring military members, among others.

“It really allows us to have an accelerated pathway opposed to four to five years before we get someone in the classroom,” said Andrew Daire, the dean of the School of Education. “We are preparing candidates who really want to be successful and impactful in our urban, high-needs schools.”

Applications for the first year of the program close Aug. 1.

I'd argue that this program will be beneficial only of the career-switcher teachers are assigned to teach subjects for which they are educationally and qualified. In short they must possess demonstrated competence in the subjects they will teach.

My comment above is based on statements from former RPS teachers who've told me that many of RPS' teachers are unable to pass test required to qualify to teach math.

Why not make it free for those deemed qualified? This state needs teachers so the Guv should make it a budget item.