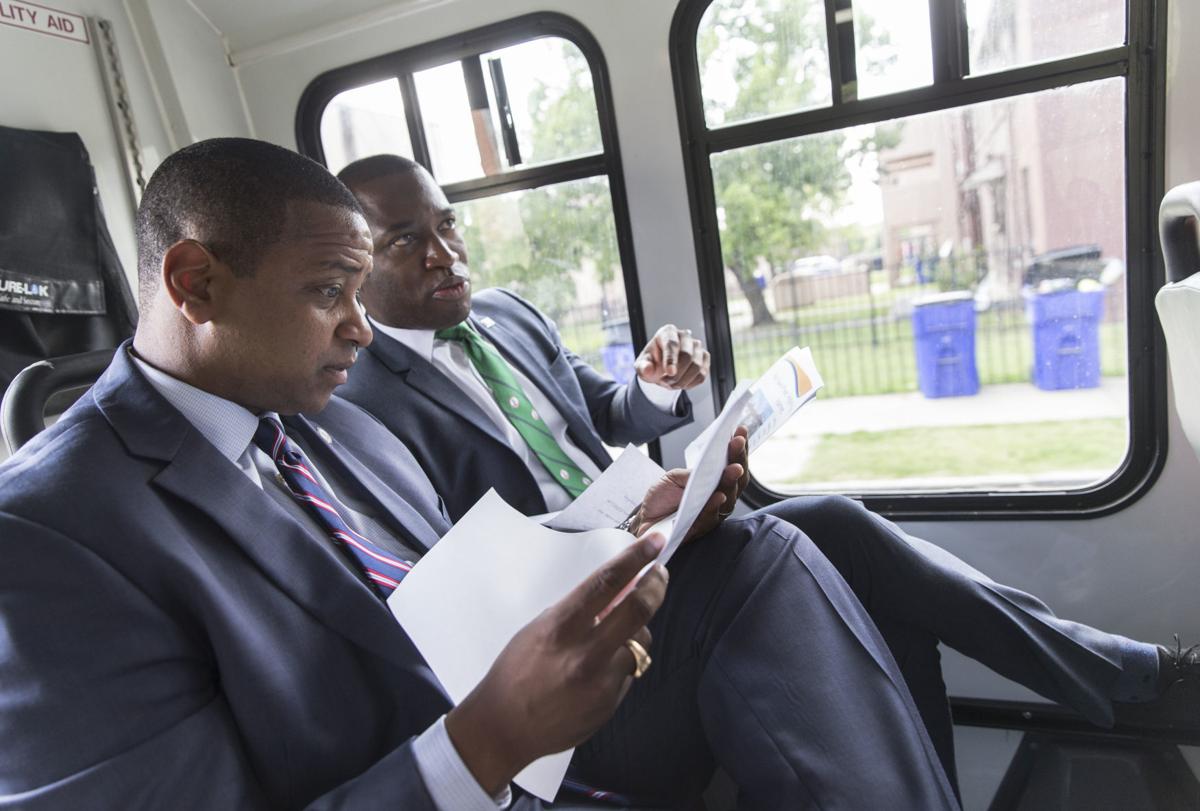 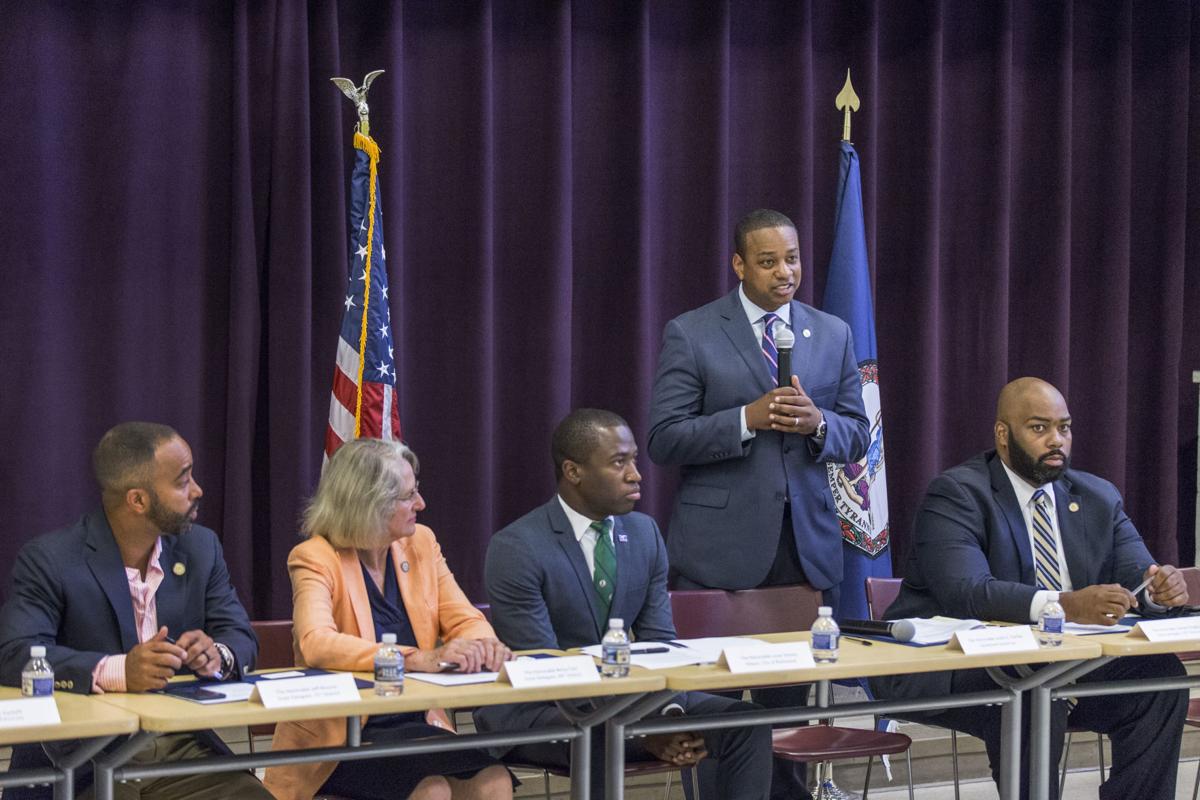 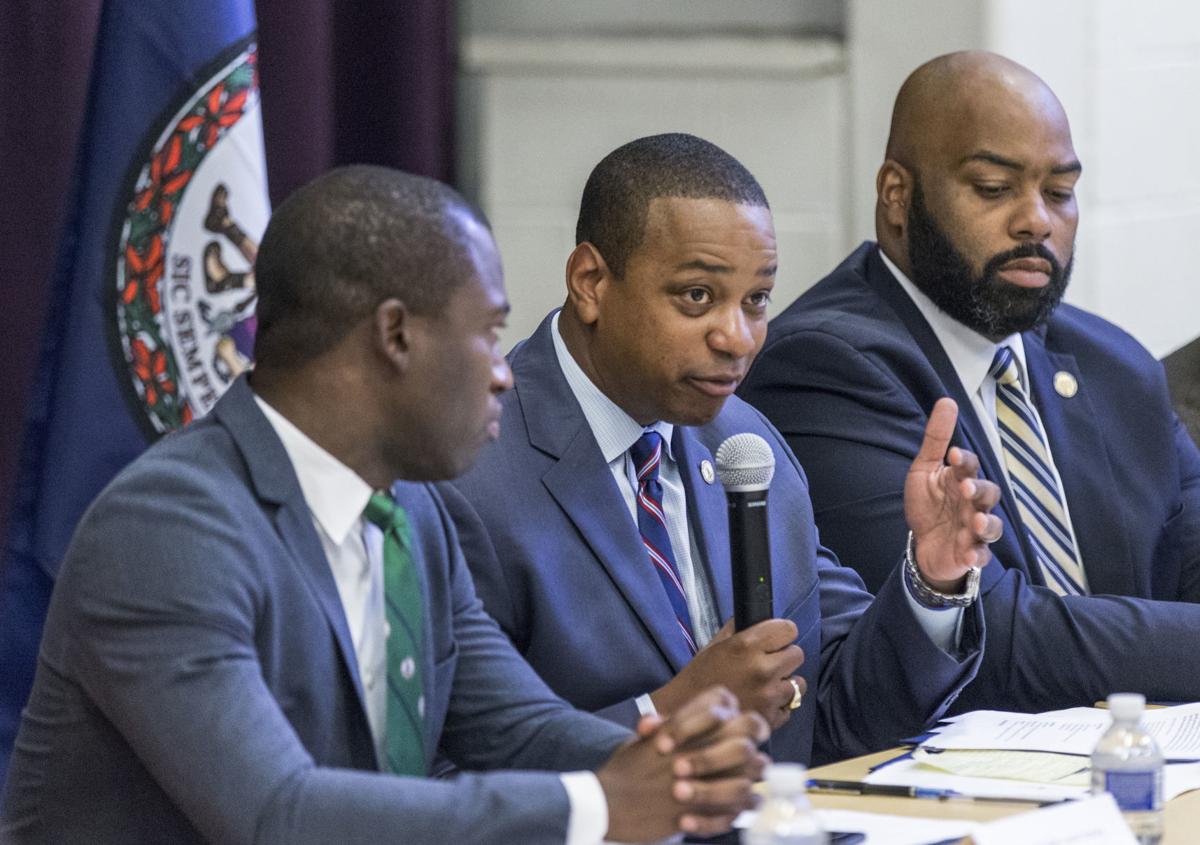 Lt. Gov. Justin Fairfax and Richmond Mayor Levar Stoney on Monday convened a panel to discuss how to reduce the number of evictions tenants face amid rising rents and rapidly changing neighborhoods in the city.

The discussion, held at the Peter Paul Development Center in the East End, featured a dozen state and local leaders, nonprofit representatives, and advocates on housing policy in a city that ranks among the worst in the country for evictions.

“We wanted to bring together stakeholders to begin to get our arms around the breadth of this problem,” Fairfax said of the first of three discussions he has planned across the state this week.

Ahead of the discussion, Fairfax and Stoney took a driving tour of Gilpin Court, the city’s largest public housing community. During the later discussion, Stoney lamented that many residents of the Richmond Redevelopment and Housing Authority face eviction.

Among the ideas floated at the discussion: lengthening the grace period for renters to pay late rent and fees before a landlord can initiate eviction proceedings.

“It’s not an accident or a bug in the system,” he said. “It’s a feature of the system.”

The discussion stems from the work of a state panel examining evictions in the wake of a study that found five Virginia cities ranked in the top 10 across the nation for eviction rates.

Richmond was second on the list. The landlord for 1 in 9 renter households in the city was given the legal right to evict, according to the Princeton University Eviction Lab study, the results of which were the subject of a New York Times report.

The state panel is considering, among other options, the creation of an eviction diversion program. If established, the program could send a pro bono, third-party lawyer to eviction proceedings to mediate between renters and landlords. A judge would have to refer the case to the program.

During Stoney and Fairfax’s tour of Gilpin Court, Fairfax asked whether state support for eviction diversion programs would be helpful to RRHA residents.

“A lot of times, those agencies are tapped out,” Jones-Gilbert said.

Last fall, Stoney hosted a housing summit that 150 people attended. The purpose of the summit was gathering input on a plan to facilitate the construction of more affordable housing in the city and phase out the city’s six large public housing complexes to deconcentrate poverty.

To date, Stoney’s administration has submitted no policy changes stemming from the summit for City Council consideration. A task force the mayor assembled to draft the plan has continued to meet.

During his State of the City speech this year, Stoney set a goal of creating 1,500 affordable housing units citywide in the next five years. He pledged to deliver recommendations to the council to achieve the goal by year’s end.

Among the policies his administration is exploring is a requirement for new construction projects to include a percentage of affordable units, as well as a way to protect longtime property owners from rising property assessments. Stoney said his administration is studying ways to aid families that are facing evictions or have been evicted.

“We obviously want to get consensus from the council on these items,” Stoney said. “The holdup is all about being thorough and getting something that can actually pass muster with the City Council, too.”

In the budget that took effect July 1, Stoney’s administration cleaved the housing and community development function from what was the city’s Department of Economic and Community Development. The city is searching for a director to head its new housing department.

Richmond's public housing authority filed eviction lawsuits against 1 out of 4 tenants last year. Some private landlords are even more aggressive.

If Levar Stoney were really concerned about high eviction rates among those who have lower incomes, he'd cease granting or promoting tax credits to developers who erect very expensive apartments instead of affordable housing.

How much of your own money have you sent into state/city above what you owe on tax filing? 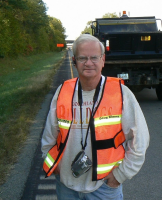 Nah then they become slums