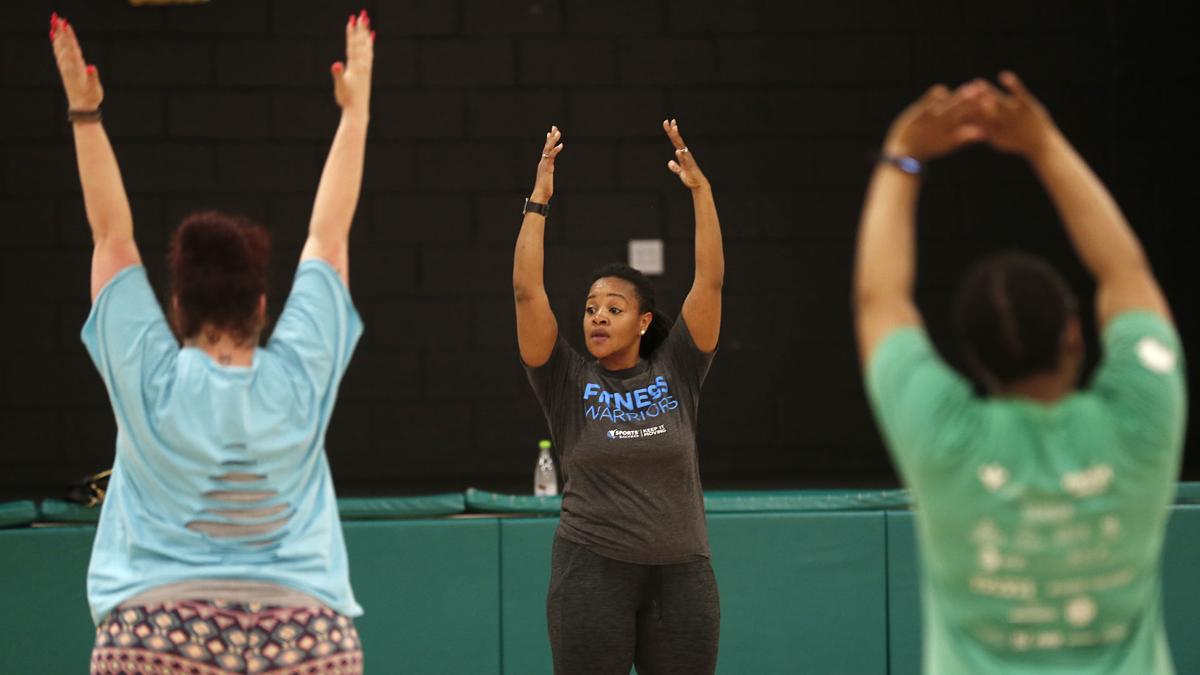 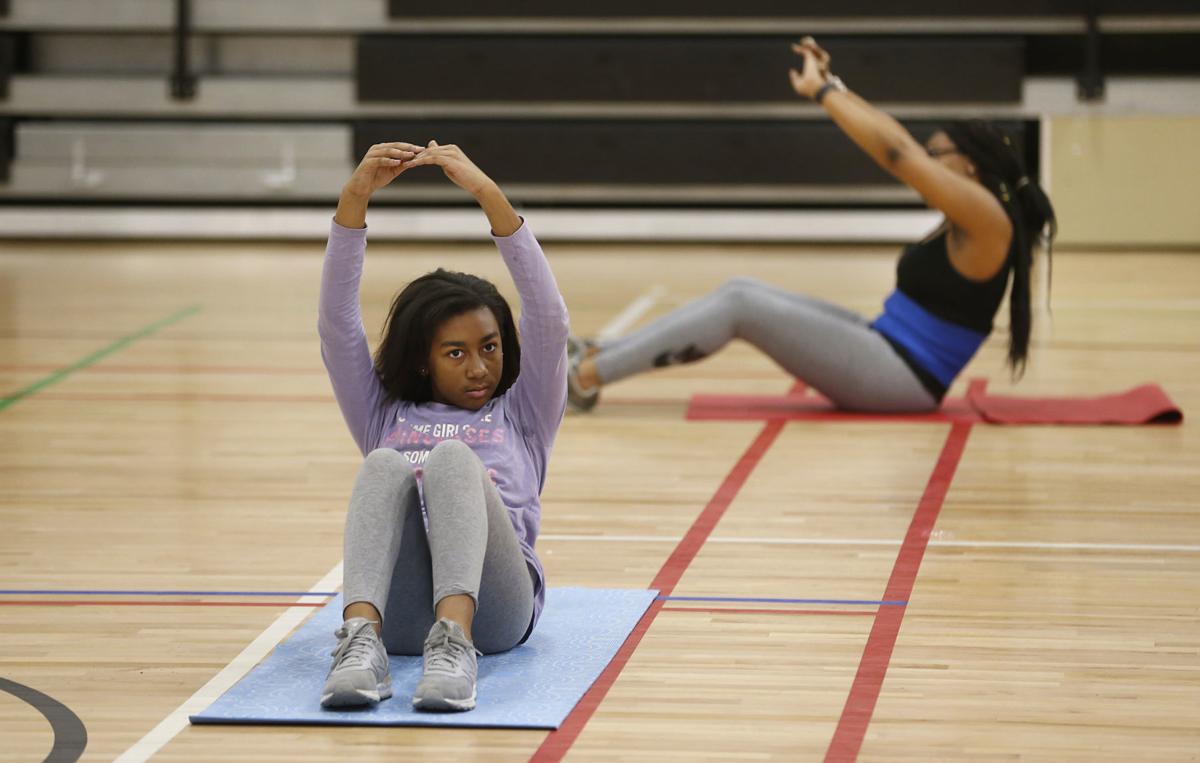 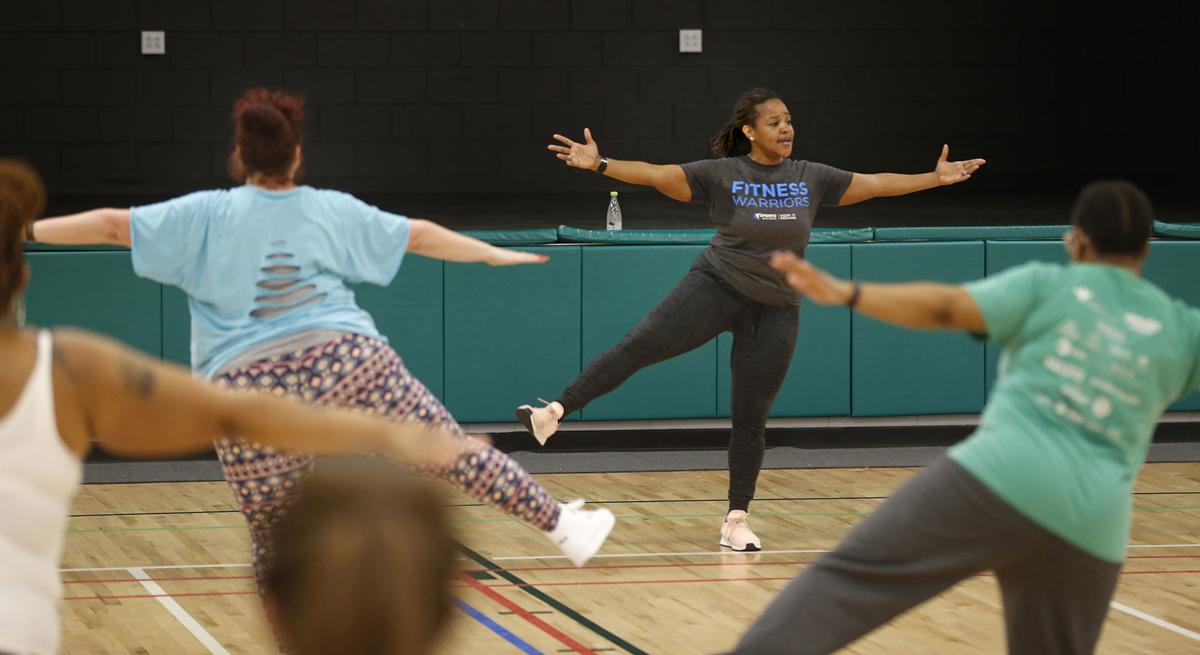 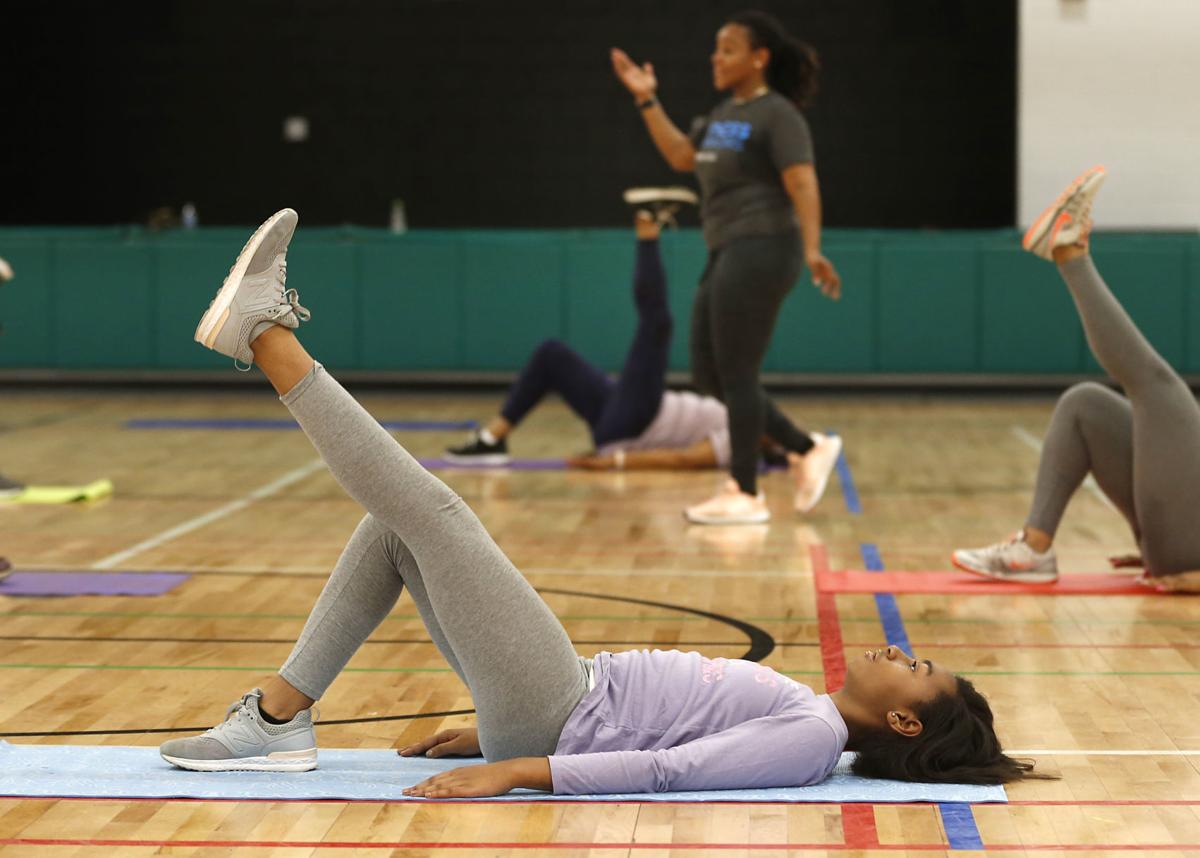 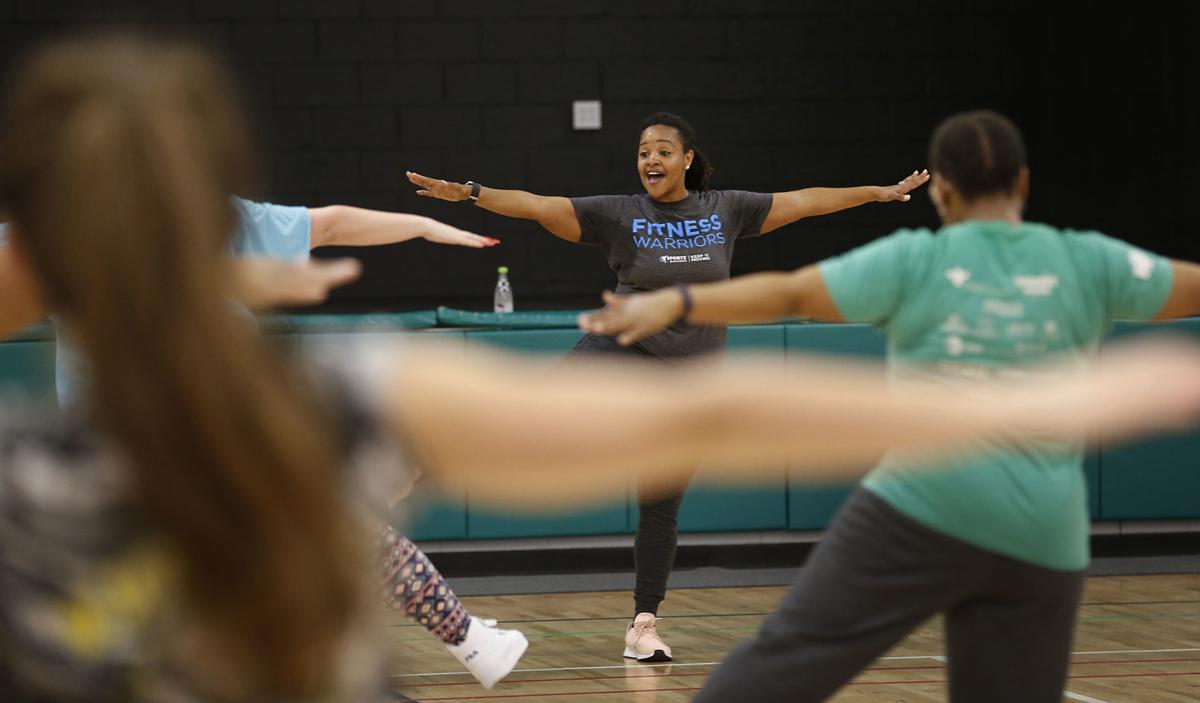 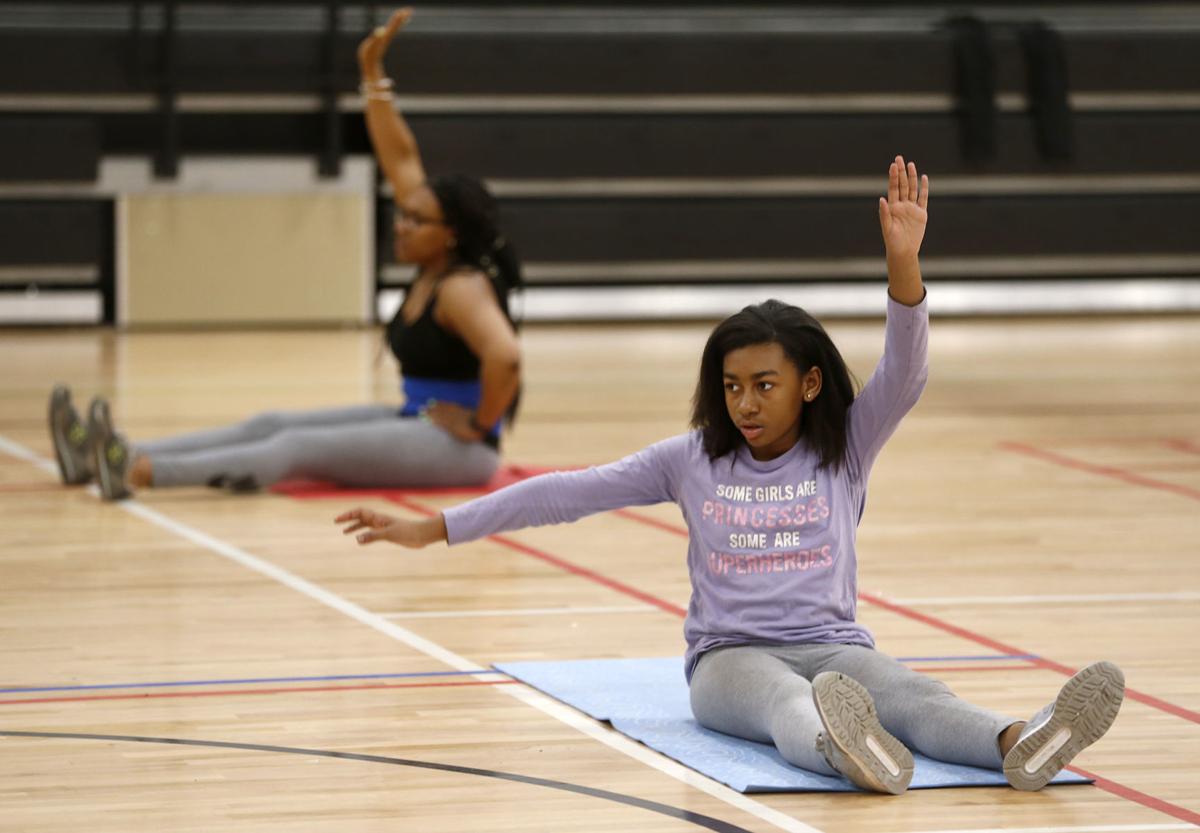 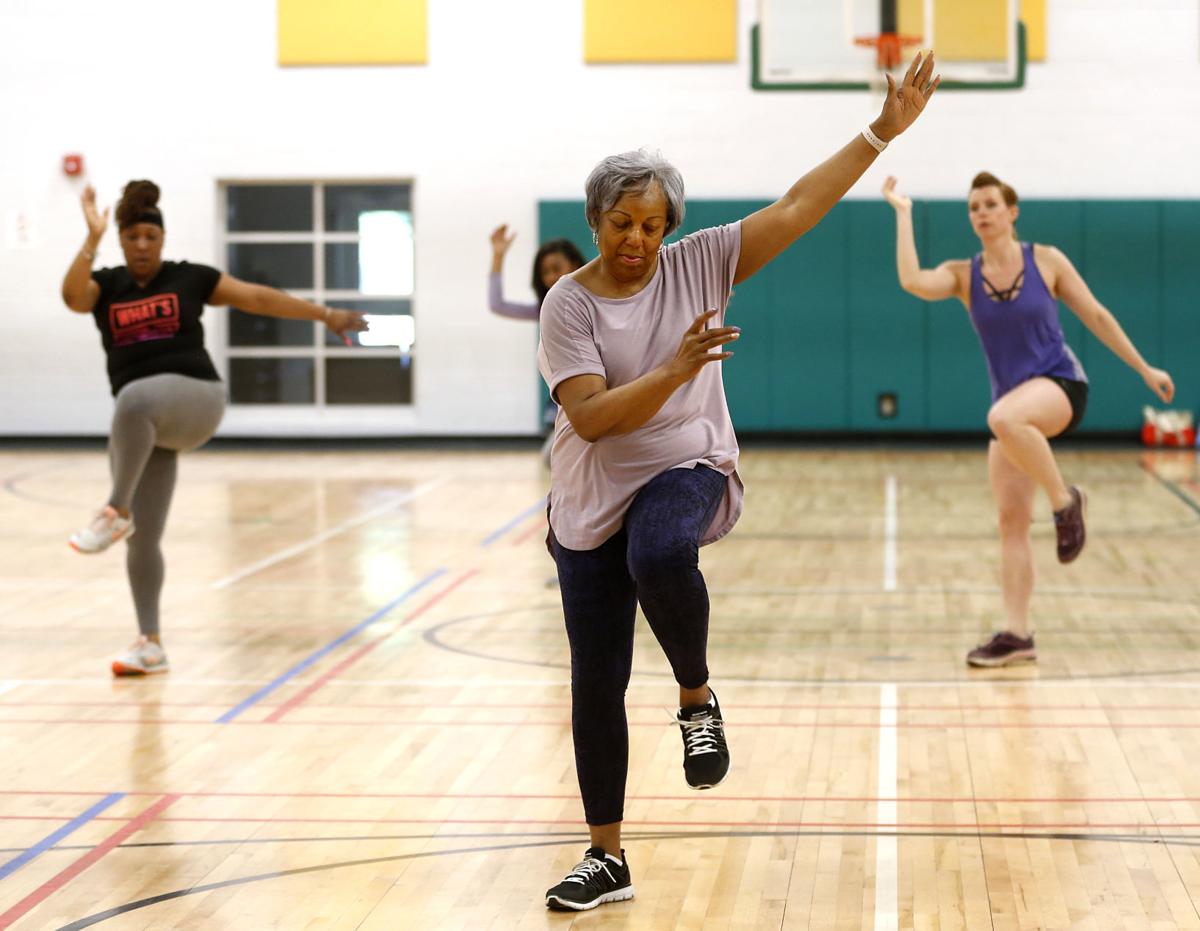 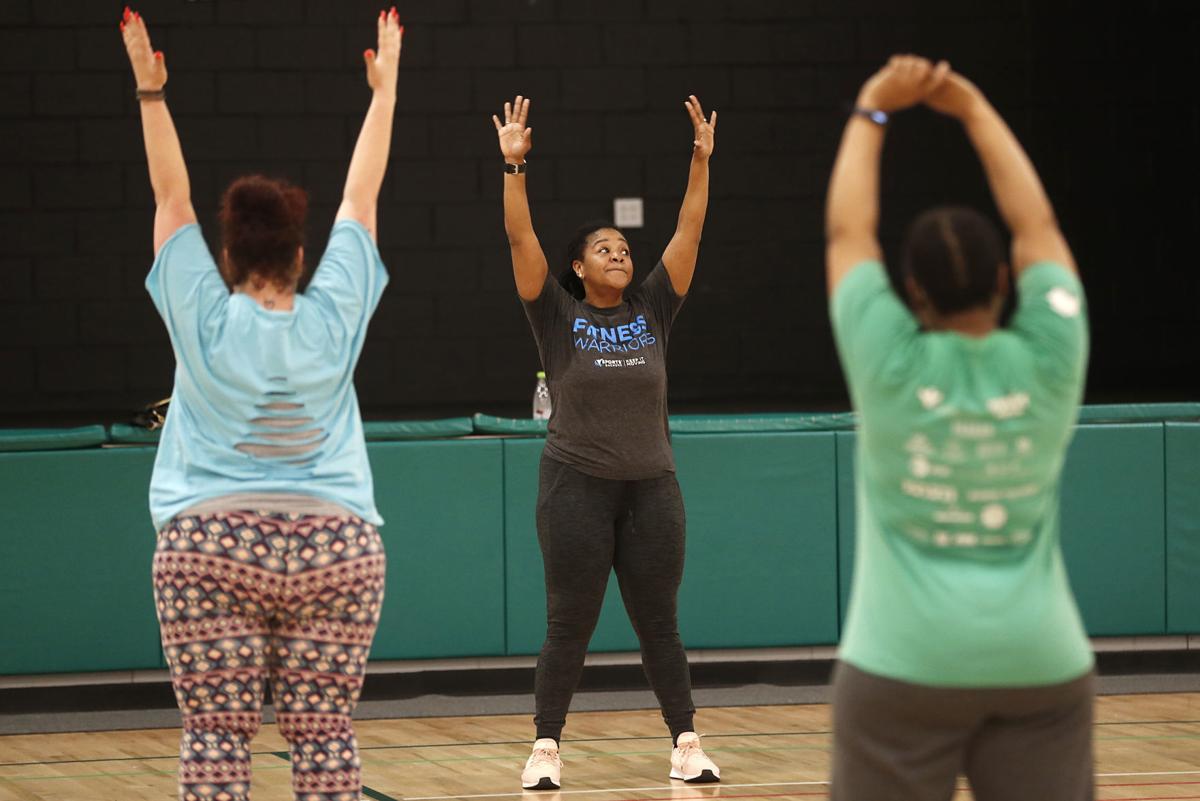 Eboni Washington cranked up the music on the stereo in the corner of the Southside Community Center gym and turned back to the dozen women gathered for her Wednesday evening Dynamic Fitness class.

The attendees ranged in age from 12 to 72, and all of them spent the hour together dancing, squatting, crunching and kicking — all for free.

Washington’s class is one of nearly 50 free fitness classes offered across the Richmond region every week in communities where chronic disease rates are particularly high. She is one of 114 instructors recruited and trained by the Fitness Warriors program, a partnership between Sports Backers and the Richmond City Health District to encourage healthy habits in neglected communities.

Within Richmond, life expectancy varies by 20 years from one city neighborhood to another, with the poorer health associated with low-income and African American communities, according to a 2016 report by Virginia Commonwealth University’s Center on Society and Health.

“There are pockets within our community that lack safe spaces [to work out],” Copeland said.

She originally got involved with the program as a volunteer and lost 100 pounds, dropping from 250 to 150 pounds. The experience sparked a love for fitness and a connection to bringing it to the parts of the community that need it the most.

Although it can be a challenge to spread the word and get people to come out to the fitness classes, Copeland said she has made an effort to be visible at community events and strives to make the classes fun and exciting.

“We try to build communities,” she said, emphasizing that the classes are meant to be welcoming for people of any age, fitness level and background.

It’s an approach that resulted in 1,964 people attending an exercise class for the first time, according to data from Sports Backers collected from July 2017 to June 2018. Of those first-time participants, 88 percent said they were overweight or obese. By the end of 2018, there were a total of 13,563 visits to classes, including repeat participants.

Copeland and her colleagues recruit community members each year to become Fitness Warriors trainers themselves by going through a free training program. After six months of training in a variety of exercise styles, trainers can then craft their own free exercise classes to bring back into the community.

For Washington, it took some time attending the classes before she got the courage to apply to teach them. One of the things that inspired her to do it was the community and accountability aspects that group exercise provides.

“I expect them to show up,” she said. “And they hold me accountable.”

Washington’s energy is one of the things that keeps Tameka Jefferson coming to the classes. The other thing is bringing her 12-year-old daughter, Jaila Williams, in an effort to stick to their resolution to live a healthy lifestyle.

It also helped 72-year-old Estelle Baker to lose 20 pounds since September and to get her blood sugar under control.

After Washington led the group through a final stretch at the end of their workout, Copeland stood in the front of the room to announce that the Fitness Warriors program was accepting applications for the next class of trainers.

“We are recruiting,” she said, encouraging the women to think about applying, even if they feel like they’re not fitness instructor material.

Although most of the women laughed at the prospect, a few people had come in and talked to Copeland about applying.

Christina Flippin had come to the class to learn more about the opportunity to become a Fitness Warriors trainer. Although she works full time as an office manager, she is pursuing a master’s degree in fitness and nutrition through an online program.

“I know it’s a great opportunity to really become involved in the community,” she said.

Fitness Warriors is accepting applications for trainers through May 4 at sportsbackers.org/ program/fitness-warriors. A schedule of current classes is available on the same website.