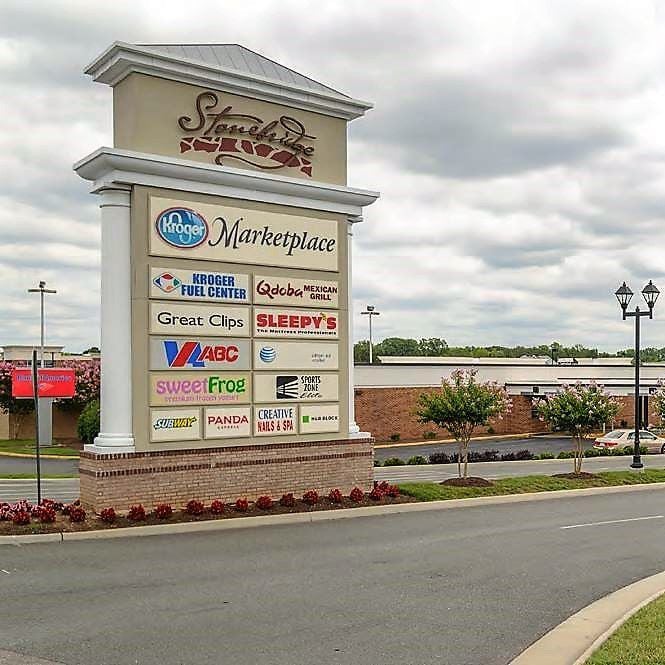 The Chesterfield Planning Commission has approved Starview Village, which would build up to 1,250 housing units on land that surrounds the Stonebridge shopping center in Chesterfield County.

The Chesterfield Planning Commission has approved Starview Village, which would build up to 1,250 housing units on land that surrounds the Stonebridge shopping center in Chesterfield County.

Chesterfield County’s Planning Commission has advanced plans to build up to 1,250 housing units on property surrounding the Stonebridge shopping center at the former Cloverleaf Mall site near the Richmond line.

Planning Commission members voted Wednesday to recommend that the Board of Supervisors approve the project, known as Starview Village, that would construct apartments, condominiums, townhouses and clustered single-family homes on eight parcels comprising 110 acres just southwest of Midlothian Turnpike’s interchange with Chippenham Parkway.

The housing, as well as commercial and office space, would be built on parcels on Cloverleaf Drive, Turner Road, Granite Springs Road and Starview Lane. Those properties surround the Stonebridge shopping center, in an area county officials say is a gateway into Chesterfield that they are trying to revitalize.

Earlier this year, the Chester-based Shamin hotel company announced plans to construct a 200-room hotel and conference center at Stonebridge, as well as shops, restaurants and entertainment venues.

William Shewmake, the attorney for the owners of the Starview Village property, said the new residential development would be connected to the Stonebridge development.

Starview Village’s developers have proposed standards for street design, lighting, landscaping and community open spaces that are geared toward creating walkable spaces and helping to “establish a sense of place,” according to a synopsis of the proposal by county planning staff.

“This provides that base, that walkable base that can support” the Stonebridge development, Shewmake said after the panel voted to approve.

More residential units are set to be built within the Stonebridge site as well. The Planning Commission recommended Tuesday that supervisors approve a proposal by the Chesterfield Economic Development Authority that would increase the number of housing units that can be built within Stonebridge to 1,200, up from 520.

The Starview Village plan has generated concerns about adding more congestion to an area that’s next to the busy U.S. Route 60 corridor, a major east-west road running through the northern part of Chesterfield.

A county analysis found that the development could generate 8,800 additional trips a day on Midlothian Turnpike, as well as neighborhood roads to the south of the turnpike. The proposal calls for a series of road improvements in the area to help alleviate added traffic.

The first in our series on Richmond's "dead malls" takes a look at Cloverleaf Mall in Chesterfield, which opened in 1972, closed in 2008 and w…

Will all of the housing be Section 8 housing ?