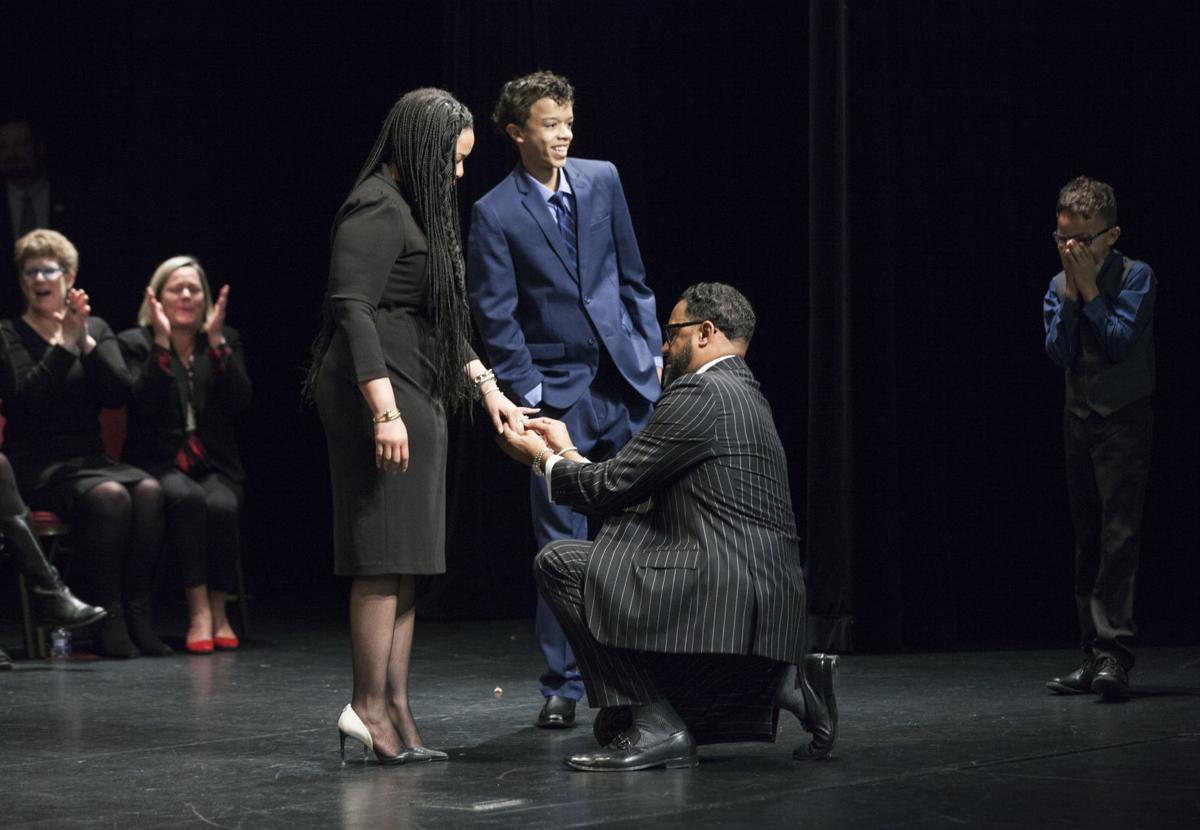 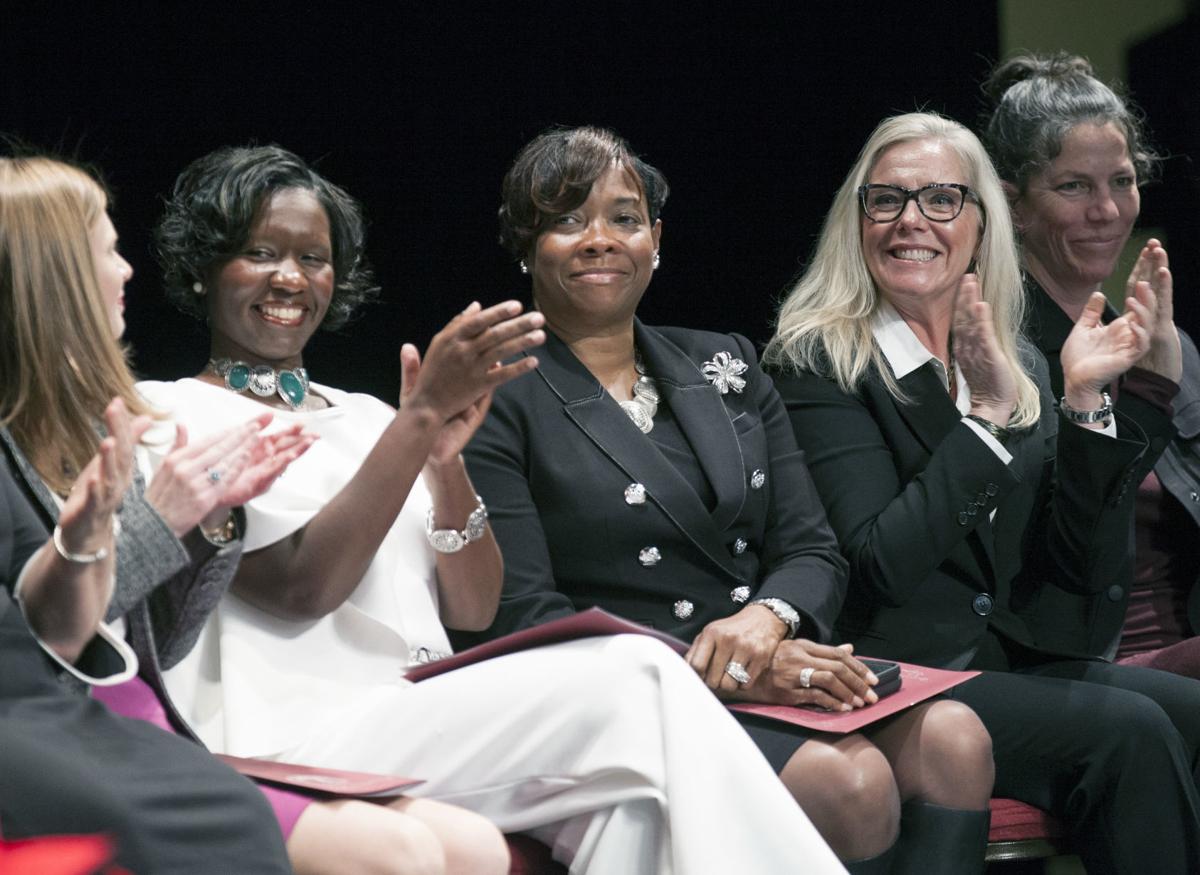 Henrico County’s new sheriff, Alisa Gregory (center), received applause from other county officials, including (from left) School Board members Marcie Shea and Alicia Atkins; Commonwealth’s Attorney Shannon Taylor; and Nicole Anderson Ellis, director of the Henricopolis Soil and Water Conservation District. Atkins is the first black woman on the School Board, and Gregory is the first black woman to be sheriff.

Henrico County’s new sheriff, Alisa Gregory (center), received applause from other county officials, including (from left) School Board members Marcie Shea and Alicia Atkins; Commonwealth’s Attorney Shannon Taylor; and Nicole Anderson Ellis, director of the Henricopolis Soil and Water Conservation District. Atkins is the first black woman on the School Board, and Gregory is the first black woman to be sheriff.

For the first time, the Henrico County School Board includes a black woman.

Alicia Atkins was sworn in Wednesday as the Varina District representative to the county School Board, making history in a county where 17% of public school students are black girls, according to state data. Her swearing-in was part of a larger ceremony held at The Cultural Arts Center at Glen Allen where 15 newly elected county officials took the oath of office.

Atkins, sworn in by Henrico Circuit Judge James Yoffy, is also the first woman to represent the Varina District to the School Board, she said.

“It’s humbling,” she said after the ceremony. “It’s inspiring that so many young African American boys and girls will see me and see themselves. That’s history.”

Atkins, a health care administrator, defeated policy analyst Joyce Davis, special education advocate Kandise Lucas and child care center owner Michelle Henderson in November with 45% of the vote, according to the Virginia Department of Elections. She fills the seat left vacant by the current School Board chairman, John Montgomery.

Atkins wasn’t the only official who broke barriers Wednesday.

Alisa Gregory was sworn in as the county’s sheriff, making her Henrico’s first female and black sheriff. She won the election with 56% of the vote.

County Manager John Vithoulkas’ announcement of the history of Gregory’s election was met with cheers and applause by a filled auditorium.

Attendees cheered even louder later in the ceremony when Fairfield District School Board representative Roscoe D. Cooper III, re-elected in November, proposed to his girlfriend, Candice Carter, after he’d been sworn in and taken pictures with Carter, whom he has dated for the past two years, and his children.

Carter said yes, and Cooper turned to the crowd and gave two thumbs up. The proposal received a standing ovation.

“She was instrumental in the campaign and investing in me personally,” Cooper said after the ceremony, adding that he decided to propose on swearing-in day the day after the election. “[The day] is as much about her as it is me.”

Also sworn in Wednesday were Fairfield District Board of Supervisors representative Frank Thornton and Tuckahoe District member Patricia O’Bannon. Both were re-elected to their seventh terms, which Vithoulkas said is the most for their respective districts on record.

Both Vithoulkas and schools superintendent Amy Cashwell said in brief remarks that they looked forward to working with both the re-elected and newly elected officials.

“This is an exciting time for Henrico County Public Schools,” Cashwell said.

Said Vithoulkas: “We should never be satisfied with our successes or assume our work is done.”

The four-year terms for the sworn-in officials start Jan. 1.

Here's a full list of the Henrico County elected officials sworn in Wednesday:

And I thought that Ebenezer Scrooge was only a fictitious character, Mr. Howard. You also seem to fit H.L. Mencken's of a Puritanism: "The haunting fear that someone, somewhere, may be happy.”

LOL! I thought the same thing when I noticed his comment! ;>