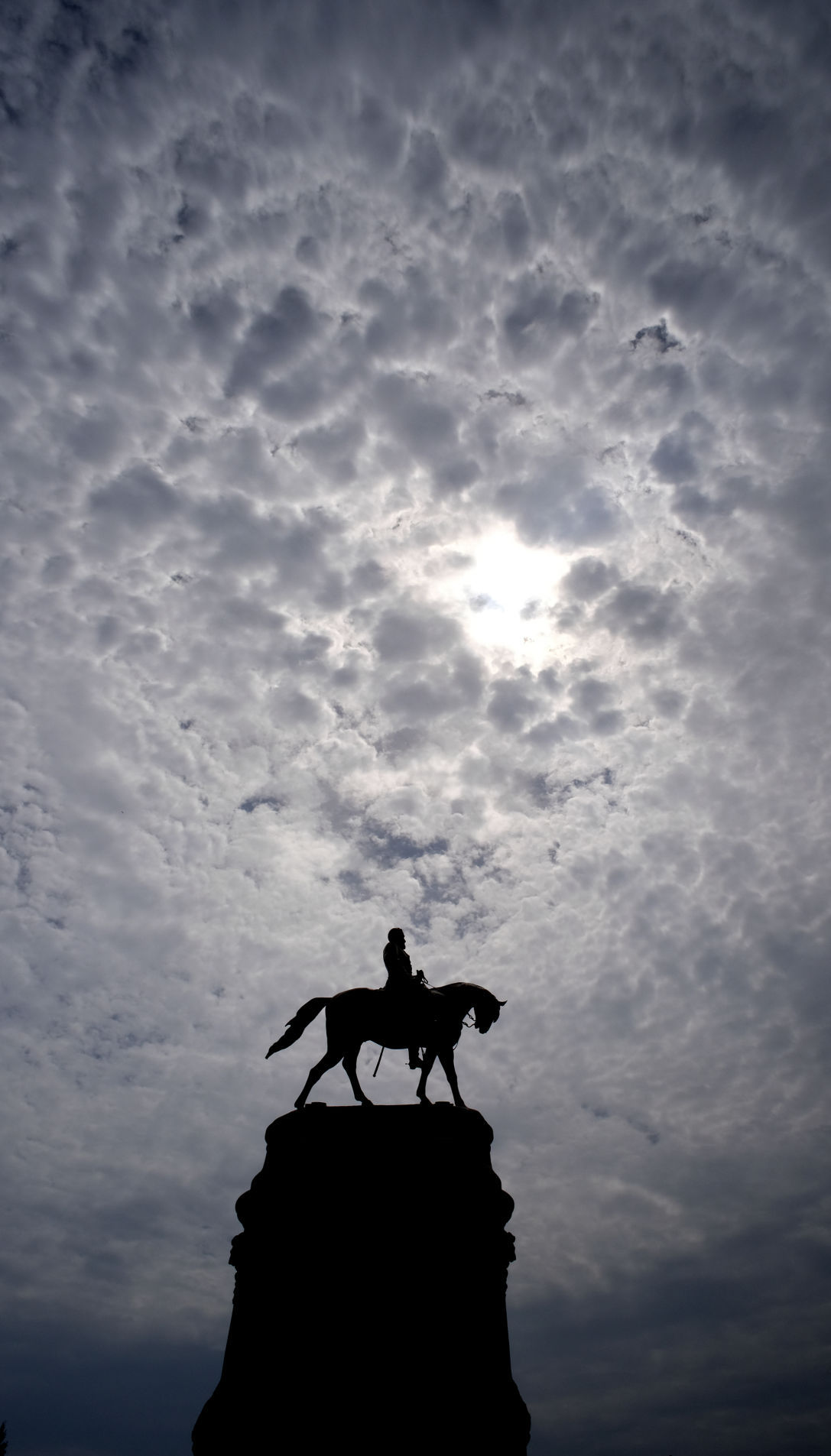 A cloudy sky silhouettes the statue of Confederat Gen. Robert E. Lee, on Traveler, that stands on Monument Avenue in Richmond, VA Monday, August 14, 2017. Controversy continues to swirl around statues of Confederate figures and memorials around the country.

A Tennessee man who said he believes the South seceded because of federal taxation, not slavery, said he’s lobbying the McAuliffe administration to let him hold a pro-Confederate rally at Richmond’s Robert E. Lee monument.

But Thomas E. Crompton, commanding general of CSA II: The New Confederate States of America in Dandridge, Tenn., said he and several others requested a permit around Aug. 11 for a rally at the Lee monument to be held Sept. 16. He said a state official recently verbally denied his permit request.

“We’re not with those white supremacists or those radicals who are killing,” Crompton said. “We wanted a peaceful gathering on that date showing our support to protect the monument.”

A city commission created by Mayor Levar Stoney has been studying whether to add context to the monuments. After the Charlottesville violence, Stoney initially maintained that he didn’t want any monuments relocated but later said the commission would expand its scope and study that issue.

The Virginia ACLU has been critical of McAuliffe’s order, worried that it is a prior restraint on free speech in a public space.

Crompton said he hopes McAuliffe “will hear our side of the story” and said he’s examining legal options because he considers the rally a free-speech issue.

“We are planning on having that rally,” he said. “The governor placing that executive order ... is only a temporary setback.”

In an interview, Crompton falsely said the Confederate states seceded because of heavy taxation and “tyranny” by the federal government, not slavery. “They were overtaxing the South and the South got fed up with it,” he said. “Slavery was not a factor.”

Crompton also claimed that Lee despised and disavowed slavery. However, Lee’s acceptance of slavery was comparable to other Southerners and he denounced abolitionists from the North, according to Gary W. Gallagher, the John L. Nau III professor in the History of the American Civil War at the University of Virginia.

Bragdon Bowling, a Confederate heritage activist in Richmond, had asked the state, prior to the Charlottesville violence, for permission to hold a monument preservation rally at Richmond’s Lee monument. But last week he withdrew his request, saying he wanted to preserve Confederate monuments but worried about the potential for violence.

After declaring his support for taking down Virginia’s Confederate statues, Gov. Terry McAuliffe seemed to soften his position Thursday by say…