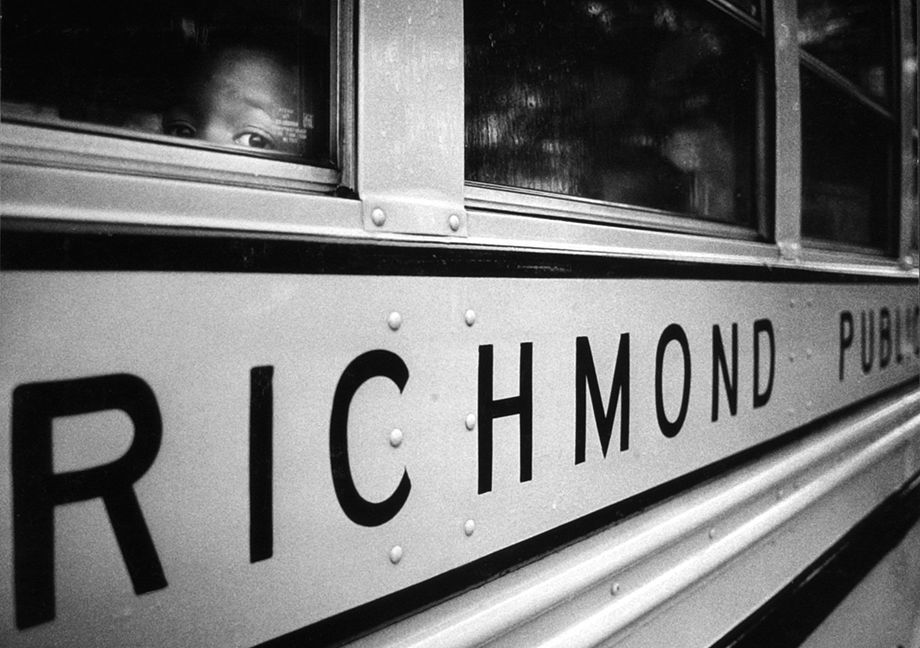 A black student peered out of a Richmond Public Schools bus on a rainy morning in August 1970 as cross-town busing began in the city. Amid controversy, about 13,000 RPS students were bused to different schools under a federal court order to help achieve integration. 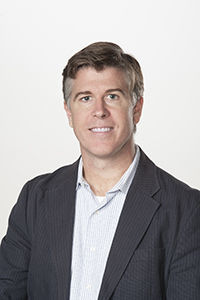 As schools in Virginia and the U.S. remain segregated, Virginia Commonwealth University is planning to invite social studies teachers to sessions focused on school desegregation.

The National Endowment for the Humanities this fall awarded a $170,000 grant to VCU history professor Brian Daugherity and Yonghee Suh, a social studies/history education professor at Old Dominion University, to lead the workshops on school desegregation in Virginia.

The grant, according to VCU, hopes to pay for 72 middle and high school social studies teachers to attend the workshops, which are scheduled for July 12-17 and July 26-31.

“When people think of Brown v. Board of Education, they tend to think the decision rapidly brought about school desegregation, and racial change more broadly, That was not the case,” said Daugherity, the author of “Keep On Keeping On: The NAACP and the Implementation of Brown v. Board of Education in Virginia.” “School desegregation was a hard-fought process that unfolded over decades and that directly impacted the broader struggle for equal rights and the system of public education in the United States.”

Daugherity, on the 65th anniversary of the Brown v. Board of Education (1954) decision, answered questions about the grant, school desegregation in Virginia and its impacts today. Below are his responses, edited for clarity and length.

What do you hope to accomplish with the grant?

The goal of this National Endowment for the Humanities grant is to bring school teachers to Virginia to study the process of school desegregation in the United States. The grant is part of the NEH’s “Landmarks of American History and Culture” program, which seeks to introduce and inform school teachers about various historical sites of importance to the nation, and to help them to incorporate such sites, and their stories, into their teaching.

In our case, we’ll be taking participating teachers to a variety of sites associated with Brown v. Board of Education and the story of school desegregation in Virginia, and then connecting Virginia’s story with the broader story of how and why racially-identifiable, segregated school systems throughout the nation were disassembled during the civil rights era.

Among others, participants in our workshops will visit Virginia State University, the Library of Virginia, the Robert R. Moton Museum in Prince Edward County, the Virginia Civil Rights Memorial and sites associated with school desegregation in New Kent County. In addition, participating teachers will hear presentations from some of the top school desegregation scholars in the nation, and will complete a series of relevant reading assignments. This information will be reflected upon in large-group discussions and incorporated into classroom teaching via pedagogical exercises including lesson planning.

What role did Virginia play in school desegregation?

Virginia was central to the process of school desegregation nationwide. Virginia was home to one of the five legal cases that was ruled on in Brown v. Board of Education, was central to the Massive Resistance movement that sought to prevent the desegregation of public schools, and was also the site of numerous other important legal victories that backed up Brown v. Board of Education and brought an end to Southern resistance, including the Griffin case in Prince Edward County and Green v. New Kent County.

Virginia’s role was magnified because the state was home to the largest collection of NAACP branches (and members) in the region, and to a cadre of African American attorneys who led the fight against segregation in education, including Oliver Hill, Spottswood Robinson, S.W. Tucker, Henry Marsh and others.

How do the decisions of the post-Brown v. Board of Education era impact today’s education system in and around Richmond?

Because this history only occurred recently, the impact and legacies of the school desegregation process are clearly visible today. Some of the results are favorable for those who support integrated and diverse schools, particularly when one examines schools in rural and exurban areas of the state, where segregated school systems have been abandoned and all public school students attend the same schools.

However, even in largely integrated public school systems, it’s important to recognize that racially-identifiable issues remain within schools, such as disparities with regard to discipline, enrollment in college-preparatory classes, test scores and graduation rates. Urban areas, in Virginia and elsewhere, tend to house school systems that often remain segregated, in part because of “white flight” from urban areas and in part because of the vestiges of housing segregation (legally mandated in the South) in effect from the 1910s through the 1960s.

Finally, it’s important to recognize that school desegregation, in Virginia and elsewhere, came with a cost to the African American community, and to the institution of public education. For example, when two school systems became one as a result of school desegregation, black schools were the most likely to be closed, and black educators and administrators the most likely to lose their jobs.

In addition, during the era of Massive Resistance, public taxpayer money was provided to students who wished to leave the public school system in order to enter into private, segregated schools. Many white students did just that, and many of the private schools that were created to avoid school desegregation during this period remain in operation.

Why is it important for teachers to learn about that history?

School desegregation was a hard-fought process that unfolded over decades and that directly impacted the broader struggle for equal rights and the system of public education in the United States. Knowing the details of the school desegregation process sheds light on the broader trends of American history at the time.

Our hope is that those who participate in our National Endowment for the Humanities teacher training workshops in July — “The Long Road from Brown: School Desegregation in Virginia” — will take the lessons and knowledge gained during the experience back to their classrooms and more effectively teach the history of school desegregation and the civil rights era to their students.

What in the world will this do over reading a history book?