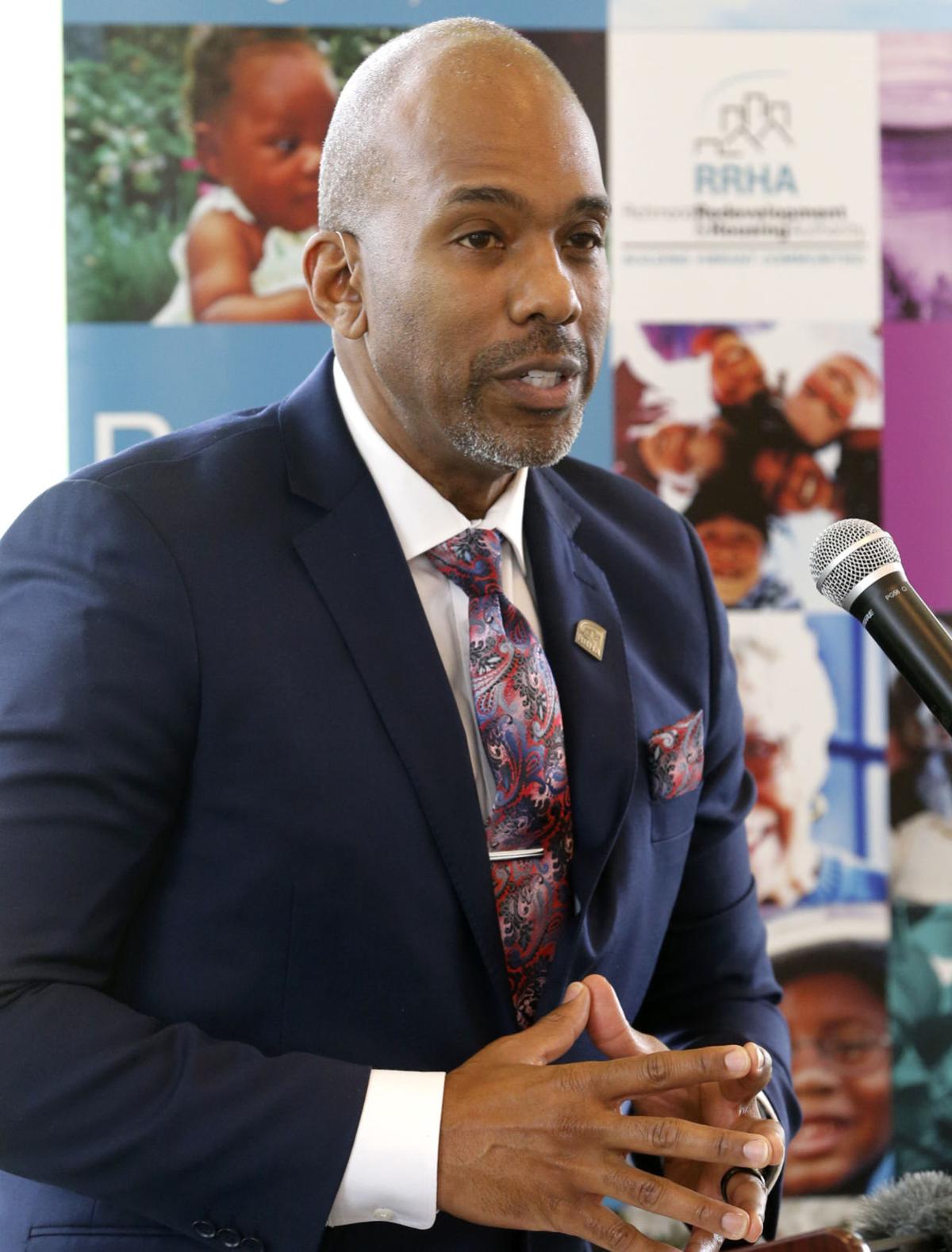 Damon E. Duncan, president and CEO of the Richmond Redevelopment and Housing Authority 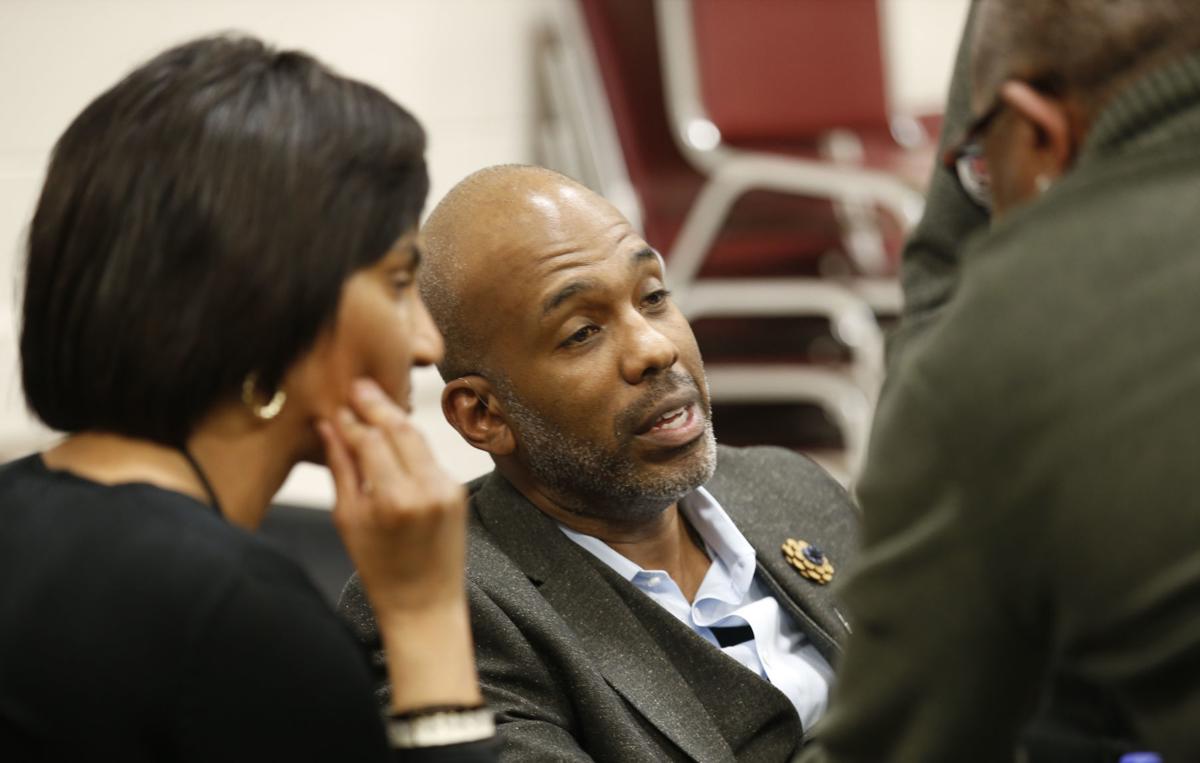 RRHA President and CEO Damon Duncan answered questions after the RRHA Board of Commissioners voted to demolish and dispose of the Creighton Court housing development, during a meeting Wednesday 1/15/2020. 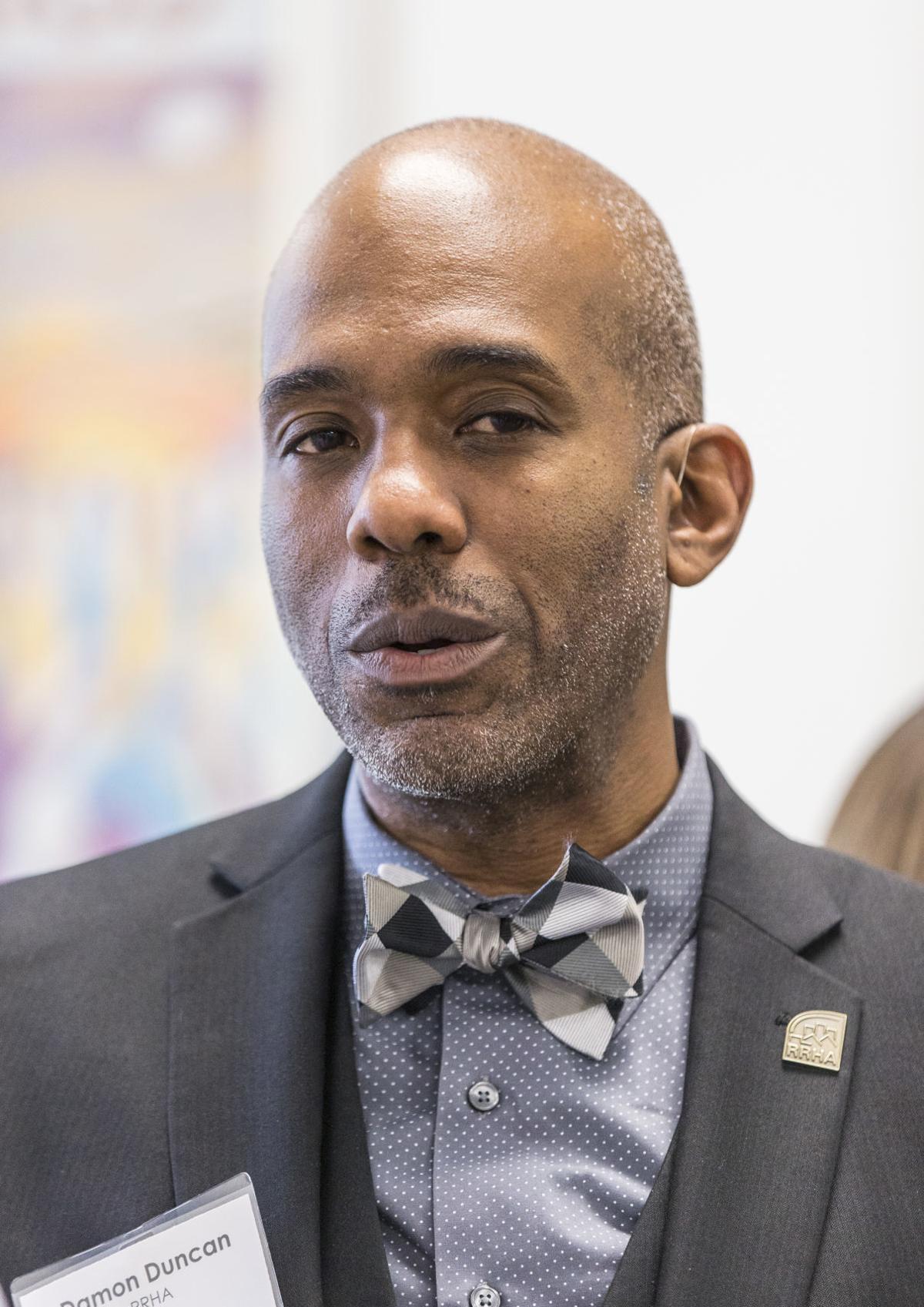 Damon E. Duncan, president and CEO of the Richmond Redevelopment and Housing Authority

RRHA President and CEO Damon Duncan answered questions after the RRHA Board of Commissioners voted to demolish and dispose of the Creighton Court housing development, during a meeting Wednesday 1/15/2020.

Richmond Redevelopment and Housing Authority CEO Damon E. Duncan submitted his resignation after less than a year on the job, the agency announced Friday.

Duncan shared his decision with the housing authority’s Board of Commissioners earlier this week. RRHA issued a statement on his departure shortly afterward, stating Duncan will step down “after a 60 to 90 day transition.”

In the statement, Duncan cited a desire to be closer to family in Georgia, a move that would also allow him to “pursue several new opportunities.”

“This [decision] was not made lightly,” Duncan said in the release. “However, I’ve worked to create a culture at RRHA where ‘family comes first,’ and in this instance I need to be true to my own message — I need to put my own family first.”

He could not be reached late Friday.

Sam Young, a commissioner on the board, credited Duncan with bolstering staff morale at the housing authority and improving its housing voucher program.

“He’s done more than any other CEO in my eight years on the board,” Young said. “Of course I’m disappointed to see him go.”

The announcement comes 11 months after Duncan arrived from Elgin, Ill., to take over the largest public housing authority in the state, which oversees about 4,000 public housing units that are home to some of the region’s poorest residents.

From the start, Duncan pledged to leave his mark by doing what his predecessors had promised, but failed, to accomplish: transform the communities into new mixed-income neighborhoods with modern housing for RRHA residents. Many are concentrated in six complexes, known informally as “the big six.”

Duncan set his sights on the largest and oldest one: Gilpin Court. He said the complex was ripe for demolition and redevelopment because of its proximity to downtown. That plan roiled tenant advocates. The U.S. Department of Housing and Urban Development rejected his bid for federal dollars to chart the overhaul.

Not long after taking over, Duncan ordered leasing to halt at Creighton Court, another public housing community eyed for redevelopment. A wave of evictions at the East End complex a few months later prompted suspicion that RRHA was kicking people out to expedite demolition plans. Duncan said that was not the case. At least a quarter of Creighton’s 504 units remain empty.

Under pressure from advocates and residents, Duncan agreed to freeze evictions across all RRHA properties last fall. He extended the freeze to May 1 to give families time to enter into repayment agreements with the agency.

In January, he sought board approval to back demolishing Creighton, but only after he had already submitted a formal application to HUD asking to move forward with the plans. He said at the time the demolition of the 504-unit complex was “a step along the way in the process” that had been publicly discussed for years. That application is still pending.

Earlier this month, the agency received a major federal grant to fund programming aimed at helping its residents achieve self-sufficiency. It was one of the largest HUD grants awarded in the country. That same week, Duncan took part in interviews for potential appointees to the Board of Commissioners — his boss. He said a council panel had invited him to participate and he did not view it as a conflict of interest.

In a statement, Duncan said the agency’s remaining leadership would build on his tenure. “In the past year, we have made great strides in our mission to provide quality housing and community revitalization and will continue moving forward on the progress we have made with as little disruption to our residents as possible.”

The board will begin a search for his replacement in a few weeks, the statement said.

Remember when government entities like the RRHA were created to end the slums and their greedy, non caring landlords throwing out non paying tenants. Well we have just replaced them with taxpayer funded groups. Look at the results of the urban renewal programs across this country. Same thing just taxpayer funded now. Go back to the private sector; at least some of the worst can be jailed.

With the terrible conditions found in Gilpin Court it is clear that the RRHA is incompetent in managing public housing. Sell the properties and provide the tenants with a stipend to find other housing.

Another failure in a long line of failures trying to manage the cesspool of public housing in RVA.

Another example of the Richmond’s decades of inability to provide competent management.

What this article fails to communicate is his recent "debacle" and he insistence he have a major say / input on who would be on the Board of RHDA. No doubt he was a "control freak".

He was obviously not a good hire

Good he was a person behind the Navy Hill project.