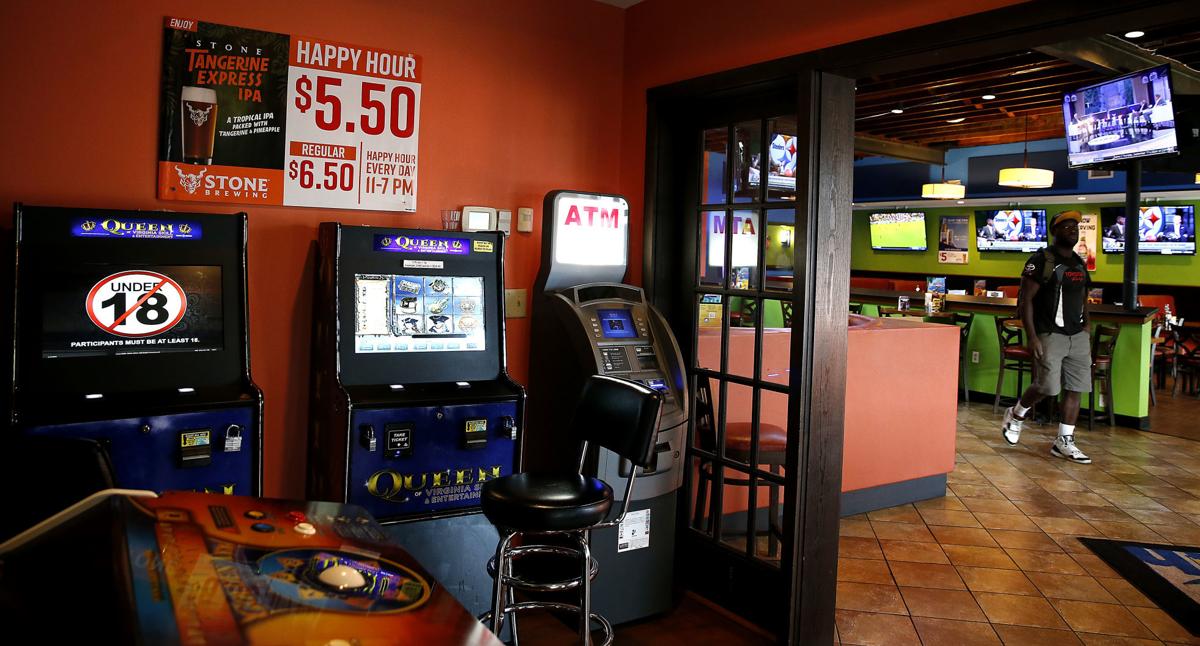 A lobbyist for an electronic “skill” games company says a ban will hurt small businesses in Virginia. 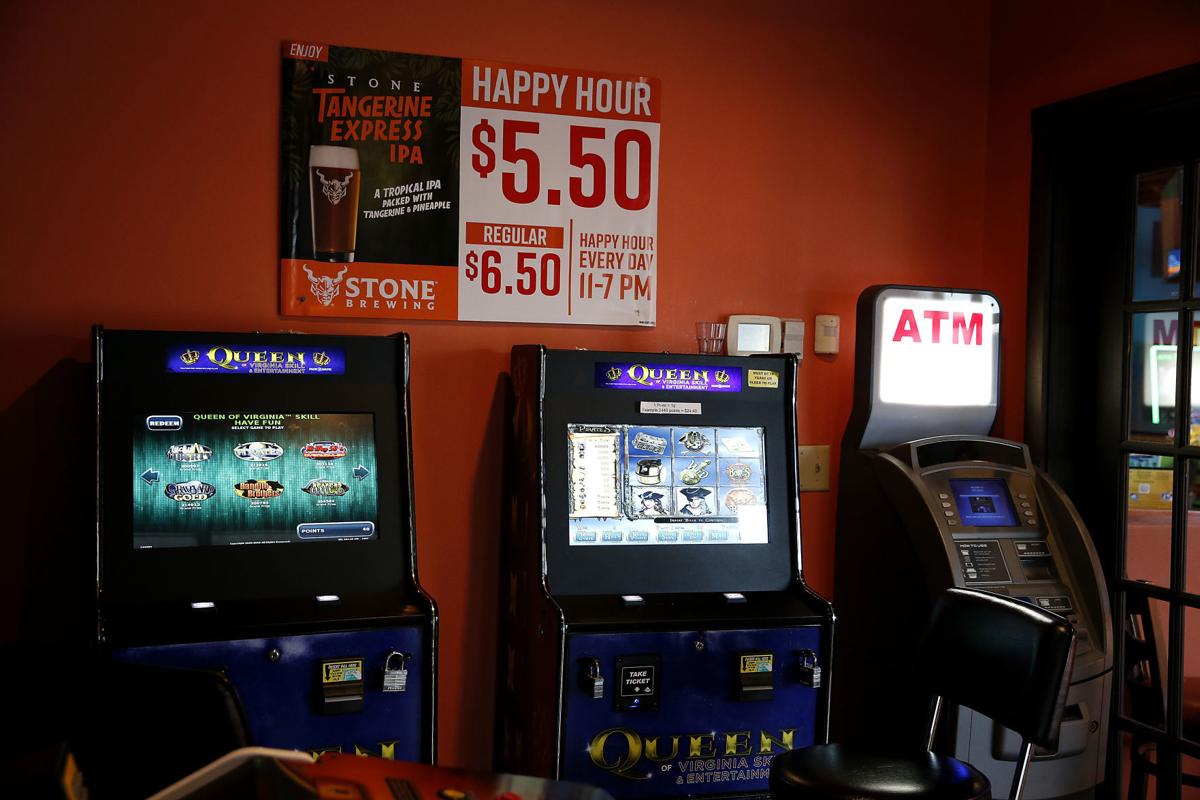 State officials aim to replace at least $125 million in lottery profits they say have been lost to unregulated games.

Supporters of the electronic gaming machines say they help small businesses, but opponents contend it’s a form of gambling.

A lobbyist for an electronic “skill” games company says a ban will hurt small businesses in Virginia.

State officials aim to replace at least $125 million in lottery profits they say have been lost to unregulated games.

Supporters of the electronic gaming machines say they help small businesses, but opponents contend it’s a form of gambling.

In a presentation to state budget writers on the House Appropriations Committee, Lottery Executive Director Kevin Hall warned of the “alarming” proliferation of “gray machines,” his term for gaming machines that look like traditional slot machines but contain an element of skill that could allow them to evade anti-gambling laws.

The machines have appeared in sports bars and convenience stores throughout Virginia over the past two years, without a regulatory structure in place to register or tax them.

Hall said he asked lottery employees this year to start counting the skill machines they found in lottery-licensed retail stores. In April, Hall said, the agency counted just under 1,000. By August, the number had grown to 4,500. In the week that lottery staffers spent preparing Monday’s presentation, Hall said, they counted another 200.

“What’s alarming here, beginning in spring, is the acceleration of the deployment of these machines into the retail spaces where we conduct the overwhelming majority of our business,” Hall said.

After the lottery posted record profits of $650 million in fiscal 2019, sales for the first two months of fiscal 2020 — July and August — were down $23.8 million from the previous year, or 6.5%, Hall said. The drop was offset by lower prize payouts, according to the lottery’s presentation, which meant profits for the period increased by $2.4 million. Extrapolating those results through June 2020, the lottery presented an ominous chart showing sales and profits declining dramatically for the next 10 months.

“The $650 million in profit that we just handed over?” Hall said. “A year from now it could be substantially less than that.”

In a 40-minute discussion of the issue, state lawmakers voiced frustration about the lack of any clear statewide guidance on the machines’ legality and said they may have to take clarifying action in the 2020 legislative session.

“Has there been some ruling that has given them the green light to do this?” asked Appropriations Chairman Chris Jones, R-Suffolk.

There has not. In July 2017, Virginia ABC issued a nonbinding letter to Pace-O-Matic, the parent company of Queen of Virginia Skill and Entertainment, saying it did not view the company’s games as illegal gambling devices and would not take enforcement action against ABC licensees that installed them.

“What occurred was a kind of a broadcasting our letter representing that the commonwealth had somehow approved these devices overall,” Hill said.

Attorney General Mark Herring’s office advised ABC on the 2017 letter. The attorney general’s office seemed to change its position almost two years later, concluding it should be left to local prosecutors in each city and county to decide whether the machines are legal or not. In April of this year, ABC issued updated guidance to retailers saying it would no longer vouch for the games’ legality and would instead defer to local prosecutors.

Jones said he found it “incredible” that ABC had taken it upon itself to decide whether the machines were games of chance or games of skill.

“It’s gotten outside of the realm where we have any control as a commonwealth,” Jones said. “I think the citizens deserve better than that.”

Del. Steve Landes, R-Augusta, said that instead of leaving it to a “hodgepodge” of local prosecutors’ approaches, Herring’s office could provide a “consistent interpretation.”

“It sounds like they’ve been nothing but inconsistent related to this,” Landes said.

A Herring spokesman has said the attorney general is following the “longstanding position” of the office by leaving gambling enforcement to local prosecutors.

Many prosecutors don’t seem to be making amusement devices a top priority.

In June, Charlottesville Commonwealth’s Attorney Joe Platania became the first to declare the games illegal. That announcement prompted Queen of Virginia to file a civil suit against him, claiming he had encroached on business practices the company insists are legal.

Several companies appear to be operating skill machines in Virginia, and different games may have differing levels of legality. Queen of Virginia — perhaps the most visible skill-machine company operating in the state — offers tic-tac-toe-style games that feature spinning reels with randomly generated symbols.

The lottery also pushed back on Queen of Virginia’s previous contention that the arrival of Rosie’s — the horse racing-related casino arm of Colonial Downs Group — could be a significant factor in the lottery’s sales slowdown. Hall said the lottery has seen “minimal impact” at retailers close to Rosie’s locations in Richmond, New Kent County and the town of Vinton in Roanoke County. He also noted that each Rosie’s location offers lottery games.

Aaron Gomes, chief operating officer for Colonial Downs Group, said his company hopes the assembly “will review this matter this winter and continue to promote responsible gaming with very clear rules and regulations.”

“We, like many others, are extremely concerned about the proliferation of unregulated entities that provide no gaming tax revenue while diverting revenue away from the state lottery,” Gomes said.

Ah yes, gambling in the state is wrong unless the state gets to be the bookie (a.k.a. the House)

It's called competition. Maybe if the Lottery scratch offs ever paid any money, then people would buy more of them. The scratch-off payouts are a joke. The machines can pay out large jackpots and are a lot more fun than the scratch off games.