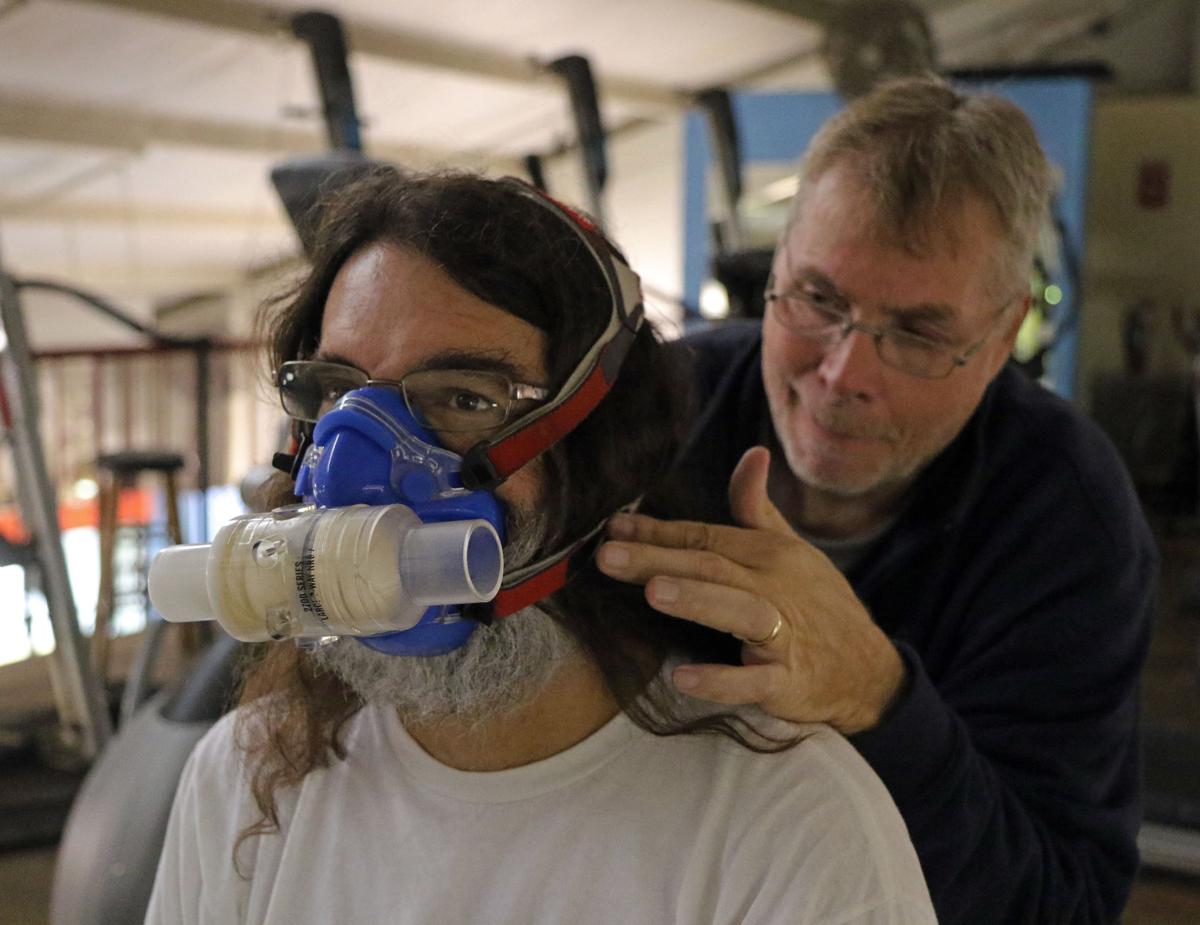 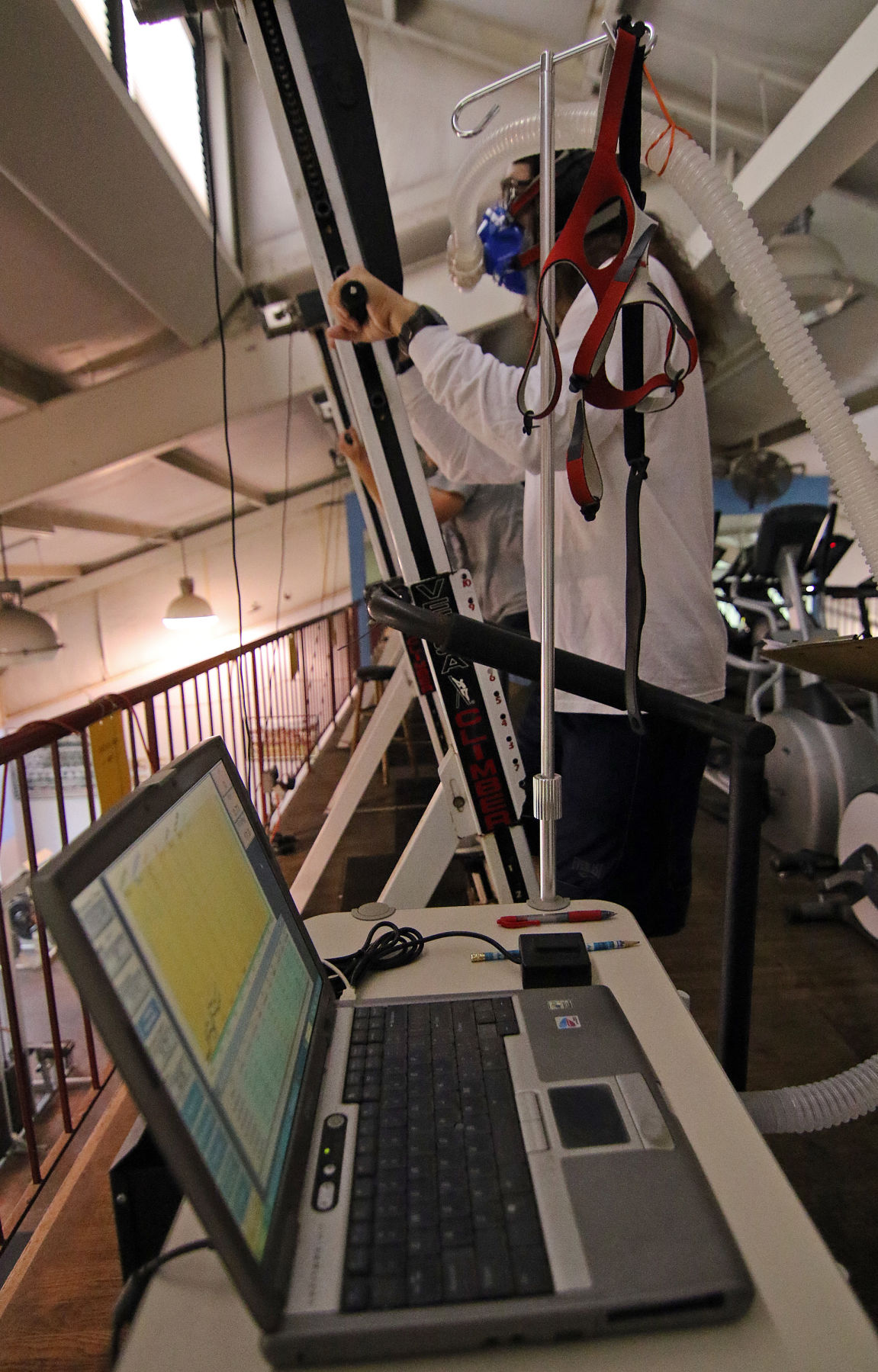 A computer monitors how much oxygen Mechanicsville Local sports editor Dave Lawrence breathes in and now much carbon dioxide he breathes out while exercising.

A computer monitors how much oxygen Mechanicsville Local sports editor Dave Lawrence breathes in and now much carbon dioxide he breathes out while exercising.

MECHANICSVILLE – When I began work on the Deadly Practice series, Mike Craven of Mike’s Olympic Gym had been preaching the gospel of fitness testing as a way to: a) identify athletes at risk of heat injury; and b) to help design conditioning programs to lessen the risk of heat injury.

And Craven was – is – a fervent disciple of the usefulness of VO2max testing for that purpose. But at the time, I did not understand what the test was, so I did what any respectable journalist would do: I had myself tested to get a feel for it.

As followers of the series already know, I was not terribly fond of the test. I was less fond of the result. My VO2 max was 27.6, which, while not surprising, was still below average for men in my ever-advanced age group.

So I asked Mike how I would improve it, and he put me on a 12-week conditioning program. If you have followed the series, you already know how much I didn’t enjoy that.

The 12 weeks wrapped up after the initial run of the series came to an end, and I promised a follow-up. And, I can attest that, if one embraces a properly designed conditioning program, he or she will get fitter.

In my case, the regimen of VersaClimber, elliptical and walking resulted in a new VO2max of 33.8, which is above average for men in my age group. For me, that was an impressive improvement.

But there was a more pleasant surprise to come. In November, shortly after wrapping up the conditioning program, I got my annual physical (a year late, as usual).

At the beginning of 2015, I was diagnosed with Type II diabetes. Since then, my A1C – a long-term measure of my blood sugar level – ran above 6. While the numbers I was getting were in the high but acceptable range, I thought I had been doing good.

The exercise program had me doing much better than I could have imagined. My A1C in November was 5.7 – near the top of, but still in, the normal range.

That’s a number I can most definitely live with.

I began another 12-week program with Craven, but to be honest, I got off track recently because of an illness (with complications) that has been wreaking havoc among a lot f folks I know.

But I like my more fit body, and I love that lower A1C, so I get back on the medieval torture device otherwise known as a VersaClimber, and pace the roads, and keep an eye on my heartbeat to make sure I’m working hard enough.

The long-term benefits most certainly outweigh the short-term pain.

Part of the final installment in a series

The Deadly Practice series is an investigation of heat injuries in sports, which — despite great strides in training practices since the 1970s…

MECHANICSVILLE – What is a maximum oxygen consumption (VO2max) test like?