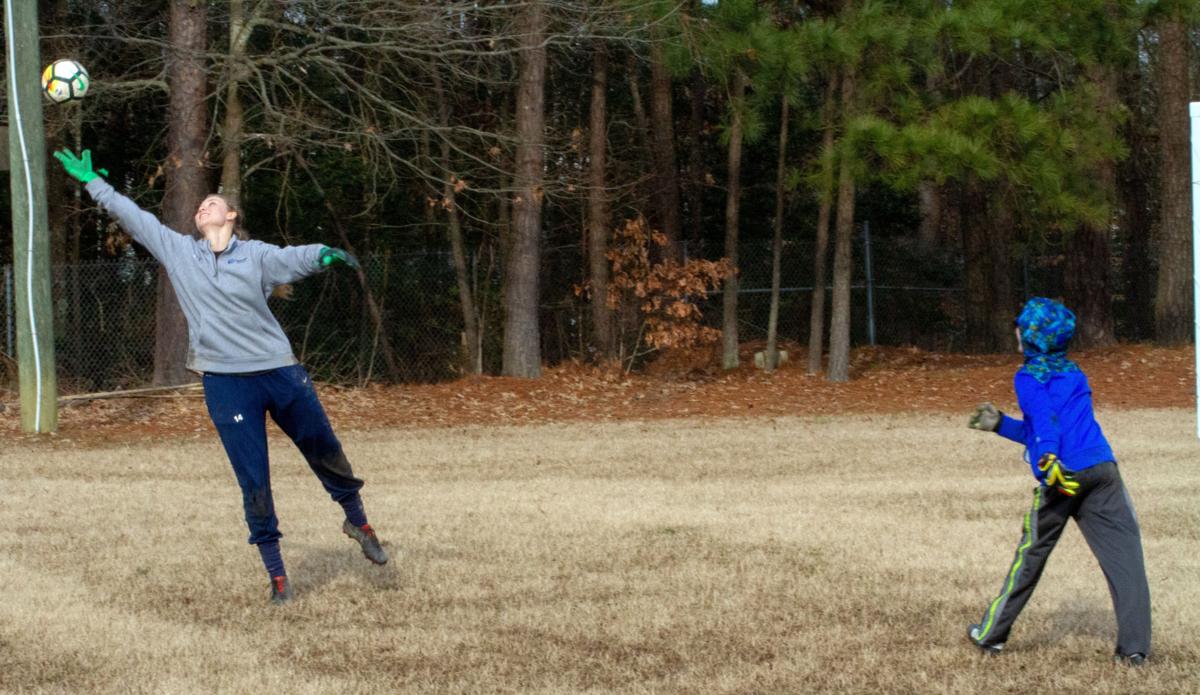 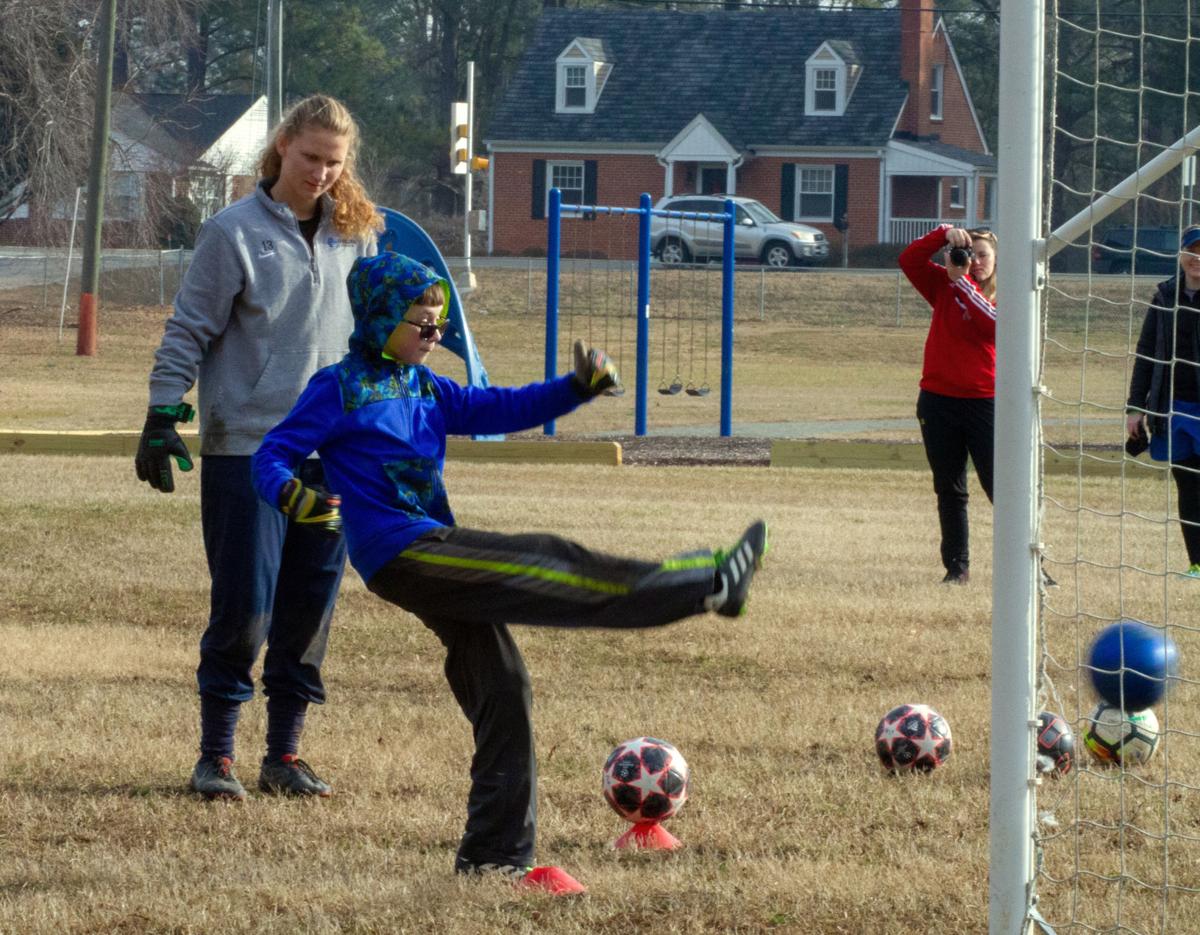 MECHANICSVILLE – Now that she’s graduate from the University of North Carolina, goalkeeper Samantha Leshnak hopes to continue her competitive women’s soccer career at the professional level.

But, during her senior seasons with the Tar Heels, she began to realize she has a deeper calling within the sport: that of ambassador.

Leshnak, whose stingy defense – which included a 1,119-minute, 23-second scoreless streak from Aug. 22 to Nov. 4 – helped lead North Carolina to the NCAA Division I championship game, showed she has what it takes to handle a diplomatic portfolio for the sport when she came to Mechanicsville to lead a goalkeeping camp in conjunction with the Richmond Goalkeeping Academy.

The notion that she was a role model began to change from an intellectual platitude to a deeply felt motivation.

“There were a number of little girls that would always go to the games and always make sure that they talked to me,” Leshnak said. “I do think that I was an ambassador for the sport this past 2018 and it changed me.”

That realization drove her to say yes when Richmond Goalkeeper Academy founder Amanda Forester approached her about conducting a camp in the area.

When both learned about Challenger Soccer, a ministry of Cool Spring Baptist Church that helps children with special needs, Leshnak and Forester took the camp idea one step further: they organized a 1-on-1 class for C.B. Price, a 12-year-old on the high functioning end of the autism spectrum who is uncomfortable in large groups, but who is an unapologetic punster in small ones.

Leshnak and Forester had done their homework, consulting others about how to work with special needs kids as well as with C.B.’s parents and White about how best to work with the guest of honor.

C.B. worked on blocking, kicking, challenging Leshnak on breakways – and, especially, diving for the ball.

In fact, C.B., who could be spotted with big smiles every time he rolled on the ground after leaping for the ball, said that diving was the best part of the day. He also showed he thought like a goalkeeper when Leshnak charged the net.

“What I did was, I looked at what direction her leg was going, then I looked at the ball, then I knew where the ball would go,” C.B. said.

He didn’t make every save – sometimes the ball would go out of reach, and experience goalkeepers know all too well – but he was undaunted. He challenged Leshnak to give him her best shots.

When the lesson ended, C.B. and his parents headed to the playground – he had plenty of energy left to spend. Leshnak, Forester and the others began to prepare for the Sunday campers to arrive.

And Leshnak – who will soon attend a couple of professional training camps, first with the Carolina Courage and then with the Washington Spirit of the National Women’s Soccer League – felt justified in her diplomatic mission. She said she was amazed by C.B.

“It surprised me, definitely,” Leshnak said. “At first, I was taking it slow, but every time he achieved something, had some success, I was like, ‘OK. Lets’ keep moving. Let’s keep moving.’ And he improved. He got everything and had some wit to him. I was really impressed with him.”

For more information on Challenger Sports, go to the program’s Facebook page at: http://www.facebook.com/CoolSpringChallenger/