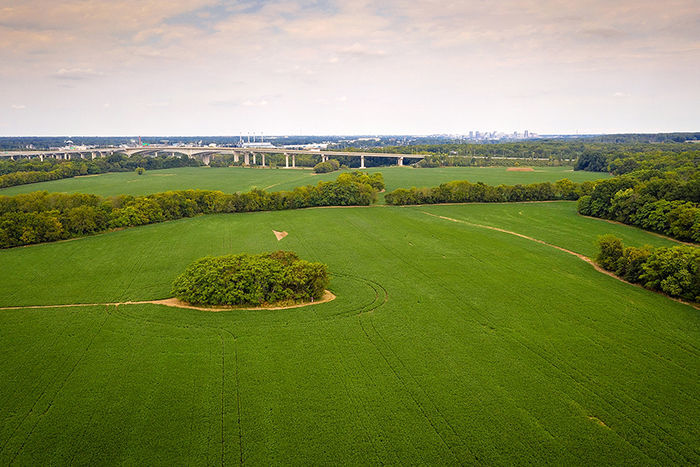 The 1,200-acre Wilton Farm is in eastern Henrico County. 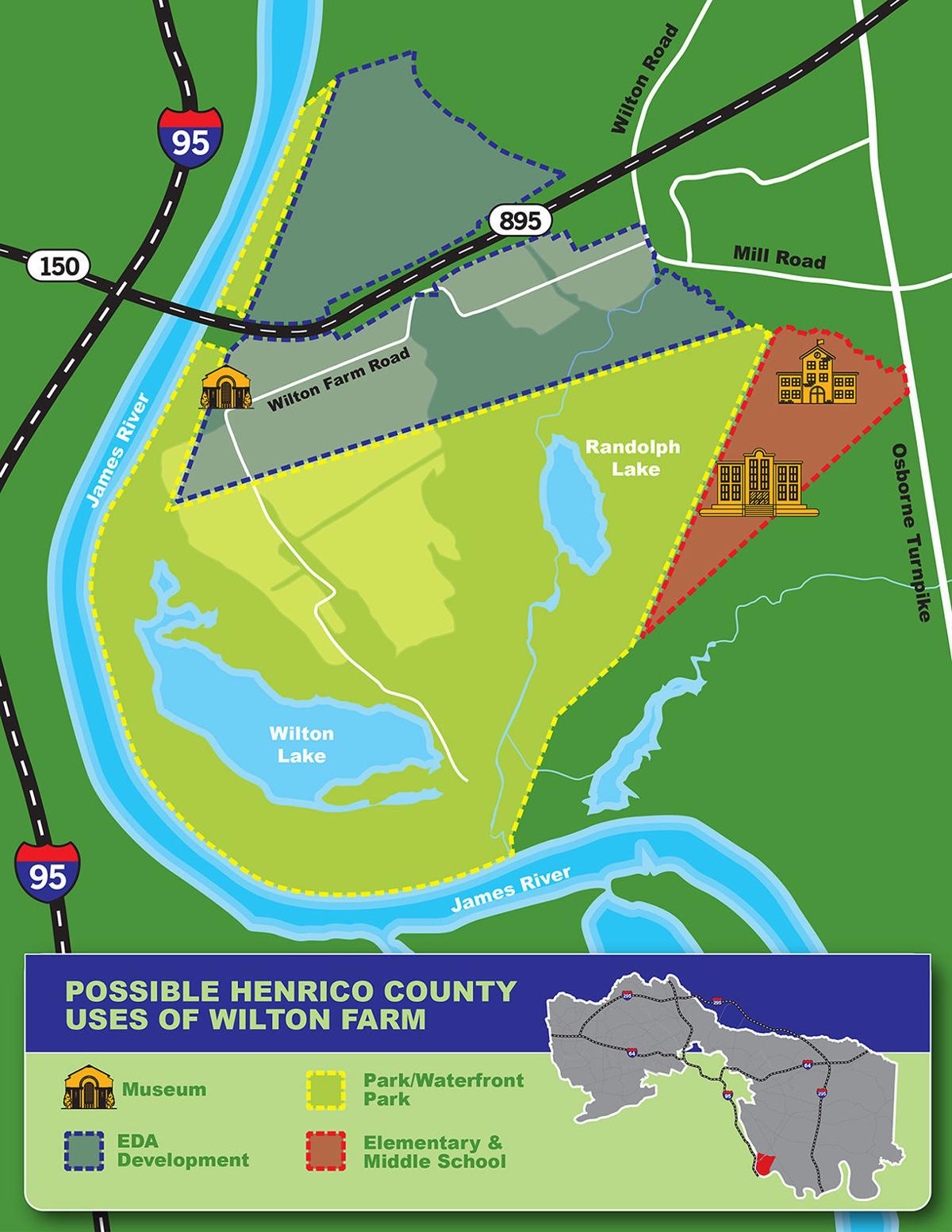 Potential land uses for the Wilton Farm property Henrico County is planning to acquire from HHHunt for $10 million. The Board of Supervisors are expected to vote on the deal next month.

The 1,200-acre Wilton Farm is in eastern Henrico County.

Potential land uses for the Wilton Farm property Henrico County is planning to acquire from HHHunt for $10 million. The Board of Supervisors are expected to vote on the deal next month.

Henrico County wants to buy a 1,200-acre tract of farmland once slated for more than 3,200 homes to preserve the area and create space for a museum, schools and economic development.

Most of the Wilton Farm property would go toward a public park under the county’s draft plans, while land adjacent to state Route 895 near the Interstate 95 interchange across the James River would be reserved for the county’s economic development authority.

Officials at an on-site news conference Wednesday said Henrico would spend $10 million to acquire the property, which would allow the locality to preserve what was the county’s largest slave plantation in the early 19th century. They unveiled plans for a county museum that local officials and historians have discussed for years, and pledged space for a new elementary and middle school.

HHHunt Communities, a local development company that county property records show purchased the land for $19 million in 2005, intended to create a planned community along 2 miles of riverfront and around the two lakes there. The county rezoned the property to permit the work, but the project was put on hold in 2008, during the Great Recession.

Founded not long before the American Revolution, the property had been owned by six families before the main estate house was relocated to Richmond’s West End in the 1930s, said Katie Watkins, the director of education for the Wilton House.

Watkins said preserving most of the property and the plans for a new museum will help the county and historians tell the stories of people — including enslaved laborers — who lived there for generations.

“I think it’s especially important right now as Americans are grappling with our early history and about the narratives we’ve grown up with to make sure we can strip that down and find what’s honest, true and what’s really representative of our history,” she said.

County Manager John Vithoulkas said the idea for acquiring the property came up in recent discussions he had with HHHunt officials about potential sites for the county museum. He said the natural features, as well as the legacy of the site and its proximity to state Route 895, is ideal.

“What I think it does is provide an opportunity for public use and economic development on 895, which is an underutilized asset,” Vithoulkas said in an interview before Wednesday’s press conference. “It checks a lot of boxes, but it’s pretty forward looking.”

Several residents who live near the site and attended Wednesday’s news conference said they are pleased with the county’s plans for the site.

Bland Goddin, who had been involved in discussions about plans for the HHHunt development more than a decade ago, said she and some of her neighbors had been leery about the possibility of intensive development on the site.

“This is a dream come true that it’s going to be preserved,” she said. “Even then, we wished so much that it could just remain natural.”

While the transaction will need to be approved by the Henrico Board of Supervisors, Vithoulkas said the county’s elected leaders are supportive of the idea.

He said the Henrico County Economic Development Authority will use a bank loan to buy the property, which the county will gradually repay with general fund revenues.

Vithoulkas acknowledged the county is currently taking on a relatively large number of capital projects as it looks to replace two high schools and build a new sports arena, but he said the county can take them on now because of its strong financial position and low interest rates.

Both Vithoulkas and Henrico Board of Supervisors Chairman Tyrone Nelson said they expect the area reserved for economic development to feature offices or a mix of buildings, not industrial facilities or data centers that require intensive public utility infrastructure.

Nelson, who represents the Varina area where the property is located, said a bond referendum will be required so that voters can determine whether to fund the creation of the park and recreational facilities officials are imagining for the property.

The development of property, including road improvements and a potential Route 895 interchange, will likely take more than a decade to complete. A community advisory committee will help craft a master plan for the site, officials said.

“We’ll take a step back, take a breath and figure out what’s best for the district,” Nelson said. “I think us having the potential to rethink it opens up a whole new energy for the Varina district.”

The Board of Supervisors is expected to vote on the deal next month.

Is this the former One Tree Hill property?

What a great green space! Now this is what I call leadership and planning. An Amazing use of the piece of land ....We need less housing....and keep it 70-30 percentages......Commercial development helps fund our low tax rate. The more housing the more it cost the county in services. BTW what is the ratio now? We cannot let our home's go ratio go over 73% otherwise our taxes will go up.

This is FANTASTIC! I hope other counties around the Richmond area, and Richmond itself, will take notice and start to invest in itself -- while also lowering the number of homes being built (less is more!).