At the site of the former Azalea Mall in 2015, Westminster Canterbury Richmond could be seen on the far left. 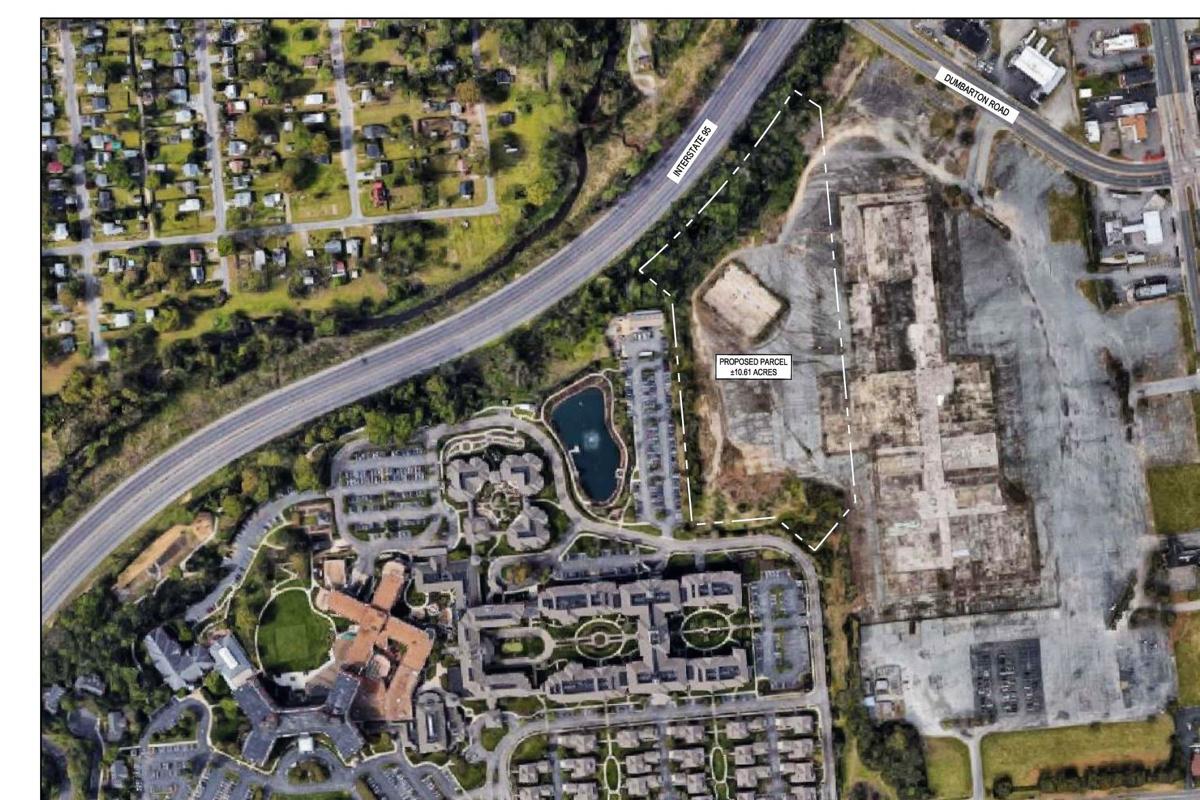 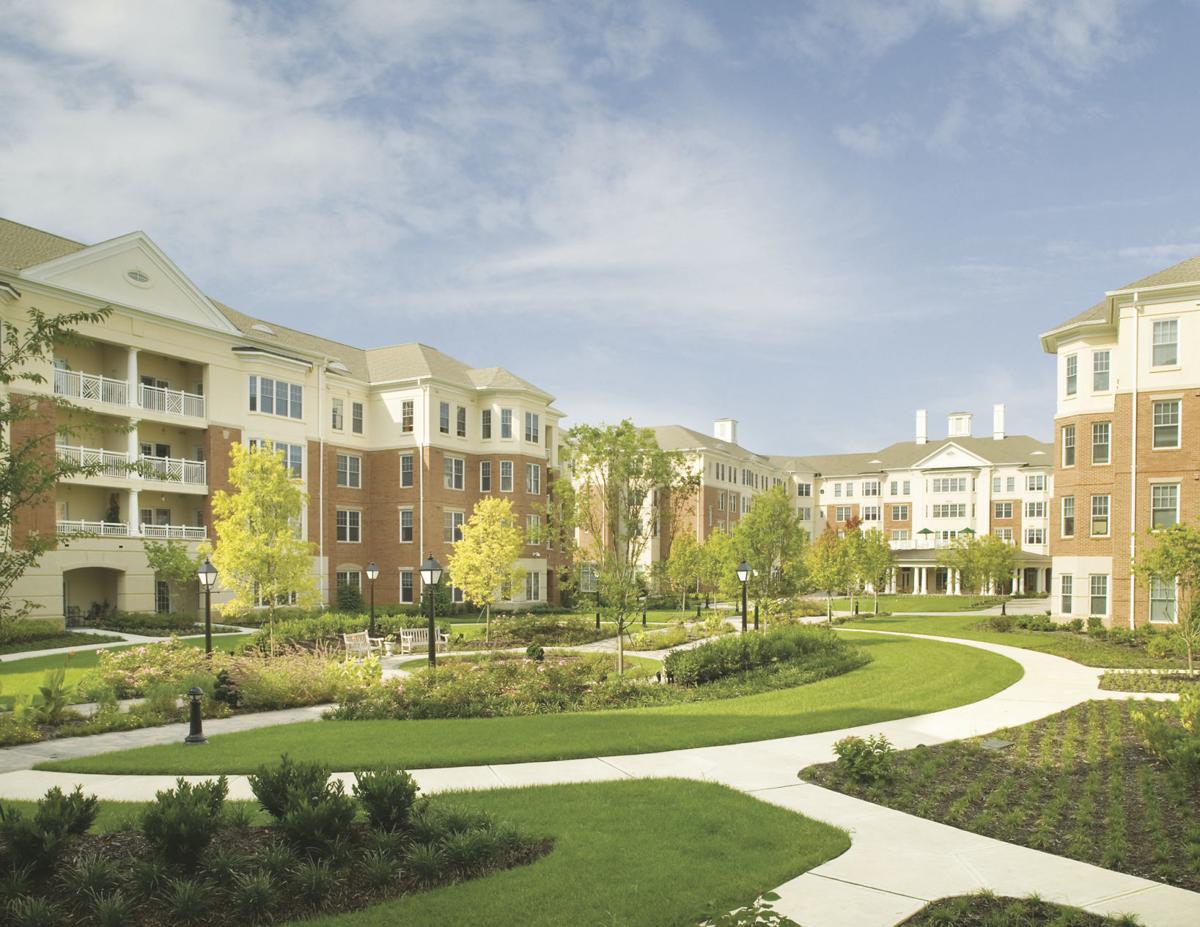 At the site of the former Azalea Mall in 2015, Westminster Canterbury Richmond could be seen on the far left.

Following the recent $7.9 million sale of land where the Azalea Mall once stood, Westminster Canterbury Richmond has secured low-interest financing through the Henrico County Economic Development Authority to expand its senior living center.

The funding will allow Westminster Canterbury to proceed with its plans for renovations to its continuing-care retirement community at 1600 Westbrook Ave. and to begin construction on approximately 100 new independent-living apartments.

While the county authorized the sale of $72.5 million in bonds, Westminster Canterbury officials said they now intend to use only about $40 million.

Most of the money will be used to refinance completed capital projects, while $8.5 million of it will go toward new projects, including the construction of a spiritual center and improvements to its fitness center and dining hall.

County officials said the money also will help pay for the construction of a parking garage as well as public infrastructure improvements around the center.

Founded in 1971 by the Episcopal and Presbyterian churches, the continuing-care retirement community opened in 1975. It has about 830 residences — 505 independent-living units, 94 assisted-living units, 72 memory care units and 158 health care apartments.

The Henrico Board of Supervisors approved plans for the bond issue Tuesday based on the recommendation of the Economic Development Authority.

In remarks to the board before the vote, County Attorney Joseph Rapisarda characterized the bond issue as government financing, but said there will be no liability for the county as it is only acting as a conduit between Westminster Canterbury and the bond market so the company will receive a lower interest rate.

“The county will not be on the hook financially in any way for these bonds, neither will the EDA,” he said. “There’s no liability whatsoever to Henrico.”

Gary McLaren, executive director of the county EDA, said fees associated with the bond issue also will net the county a small bit of revenue.

“There is no fiscal risk to the county or the EDA in the event these bonds default,” he said. “Most of these bonds are purchased by banks or other sophisticated buyers.”

The property next to the senior living center has been owned by Atlanta-based Dewberry Capital since 1998. John Burns, CEO of Westminster Canterbury, said the facility has spent years trying to acquire property from Dewberry’s namesake, company CEO John Dewberry.

“We have a ton of market demand, and we’ve got a very strong wait list. There’s new activity in the sales department that is very strong. We have felt that for many years,” Burns said. “Getting a deal with Mr. Dewberry was the hurdle we had to get through.”

Originally the location of the Azalea Mall, which opened in 1962, the building was torn down in 1999 to make way for a new 420,000-square-foot mixed-use development with apartments, retails and office buildings, but those plans never materialized.

The 50-acre property has remained mostly vacant over the past 20 years, with the exception of the Azalea Mall Garden Center. The county earlier this year assessed its value at $2.57 million.

A 2016 Bloomberg Businessweek profile about Dewberry included a reference to his vacant property in Richmond.

Titled “Atlanta’s Emperor of Empty Lots,” the Bloomberg article highlighted his long-delayed plans for major development projects in Atlanta and Virginia — including plans to complete a hotel project in Charlottesville that began a decade ago under a different owner.

Following its sale of 10 acres to Westminster Canterbury, according to county property records, a company tied to Dewberry Capital now owns about 40 acres where the Azalea Mall was.

Dewberry officials did not respond to questions about the status of their development plans.

Westminster Canterbury will need to rezone the property for senior housing but has not yet submitted development plans or a rezoning request, officials said.

As Henrico County officials are preparing for the redevelopment of Virginia Center Commons with a public arena, the operators of a senior livi…

Westminster Canterbury is using $23.5 million of the $72 million to refinance old debt. I wouldn't touch these bonds with a ten foot pole.

I admit to near total ignorance of anything to do with corporate financing, and I'm glad to be assured Henrico County is not at risk of any liability on this deal, should it go South. Also glad to see a huge patch of abandoned asphalt may be utilized for something useful. I just don't understand why municipal government needs to be involved, at all.