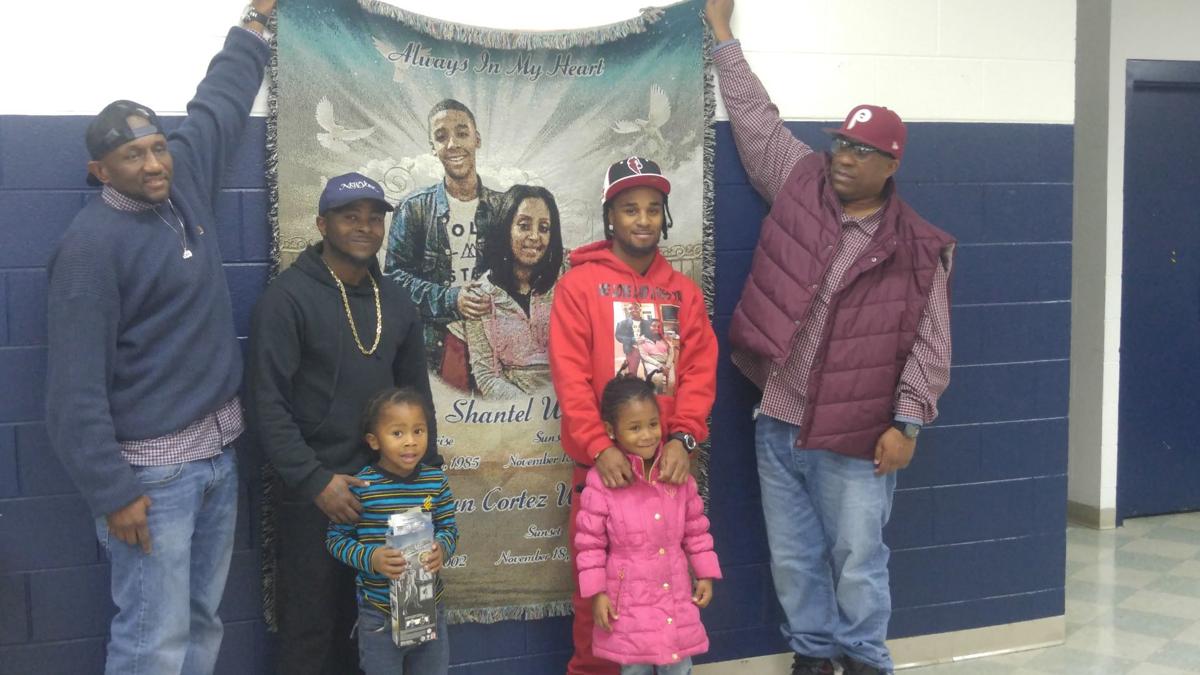 Paul Taylor (from left); Marcus Hobson with son Markeem, 3; Keshard Howard with daughter Kemiya, 5; and Jawad Abdu stand in front of a blanket with a photo of Howard’s sister Renita Williams and her son Jaishaun Wells, 15, who were killed in November. 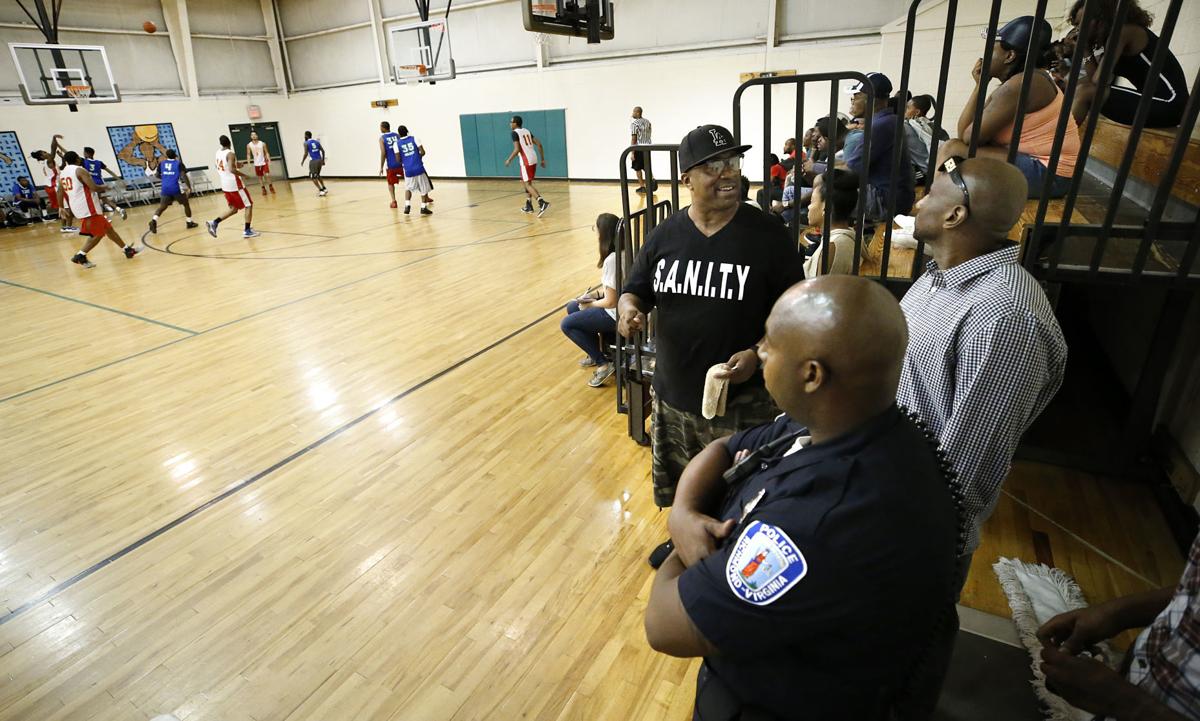 From the day he got out of prison in 2016, Jawad Abdu acted on his belief that he was a changed man.

After he served 18 years for second-degree murder, he co-founded a basketball league for rival public housing neighborhoods credited by police with reducing crime. Mr. Abdu died Friday of a heart attack at age 48.

Mr. Abdu was scheduled to be one of the speakers Saturday at the Richmond Marriott, during the Citizen Booster Luncheon, an annual event that brings together agents of change — advocates for incarcerated people, as well as former criminals who’ve pulled their lives together and now have their own businesses and nonprofit organizations.

Instead, a Boston Red Sox baseball cap sat at his empty place setting at a table next to his wife, Monica Abdu.

“It’s more than just a huge loss — it’s a loss for humanity,” said Taylor Paul, Mr. Abdu’s co-founder of RVA League for Safer Streets. The two men met in prison. Both were serving time for murder. The plan for the basketball league was formed while they were in prison, Paul said, and put into action as soon as both men were out.

Mr. Abdu “turned his whole life around and wanted to do something different,” Paul said. “We got out and decided we’re going to change some lives — we’re going to do our best to restore humanity inside of people without them having to go to prison.”

The league started in July 2017, and was credited with reducing crime, particularly shootings, in neighborhoods where teams were formed. Mosby, Whitcomb, Creighton and Fairfield courts all fielded teams, with interest so high in Mosby and Whitcomb that those communities had two teams.

The league began under former Richmond Police Chief Alfred Durham. Current Richmond Police Chief William Smith said when Durham left, and he took over as interim chief, he called Mr. Abdu and Paul right away. He said he wanted them to understood that he was personally committed to continuing what they’d started.

“It doesn’t happen very often,” Smith said, about former inmates joining forces with local law enforcement to help the community. “It takes special people on both sides to make it happen.”

He said the police department’s athletic league plays against the community teams as a way to build relationships with communities that may not always trust the police. The department also offers financial help, as well as resources and links to other community groups or individuals who might benefit from the partnership.

“We had faith in what he was saying, and he was able to calm down a lot of things,” Smith said. “That was Jawad — he was able to connect with a lot of people and build those relationships.”

Weldon “Prince” Bunn, the league’s workshop coordinator, also met Mr. Abdu in prison. When Bunn was released, he said he immediately got a job with the league.

“[Mr. Abdu] cared about his community — he brought communities together that were at war with each other,” Bunn said, adding that few people with their prison history would’ve actively sought out the police for help.

“That is testimony — that ain’t no easy thing,” he said. “But what he did actually worked [and] I’m a recipient of it.”

Mr. Abdu’s chair was empty during Saturday’s event, but Bunn said the man’s presence was very much felt.