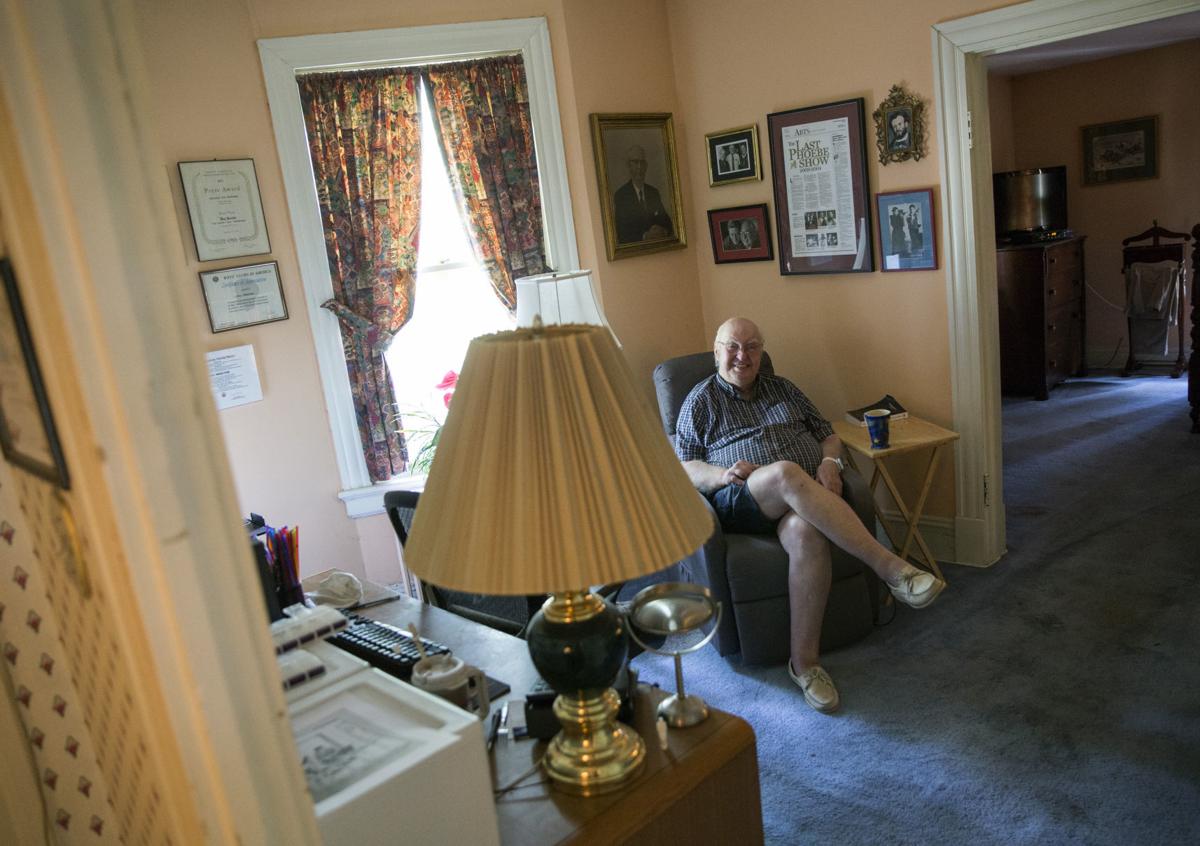 Roy Proctor knows that seeing so many plays over the years has helped fine-tune his sense of what makes a production work. 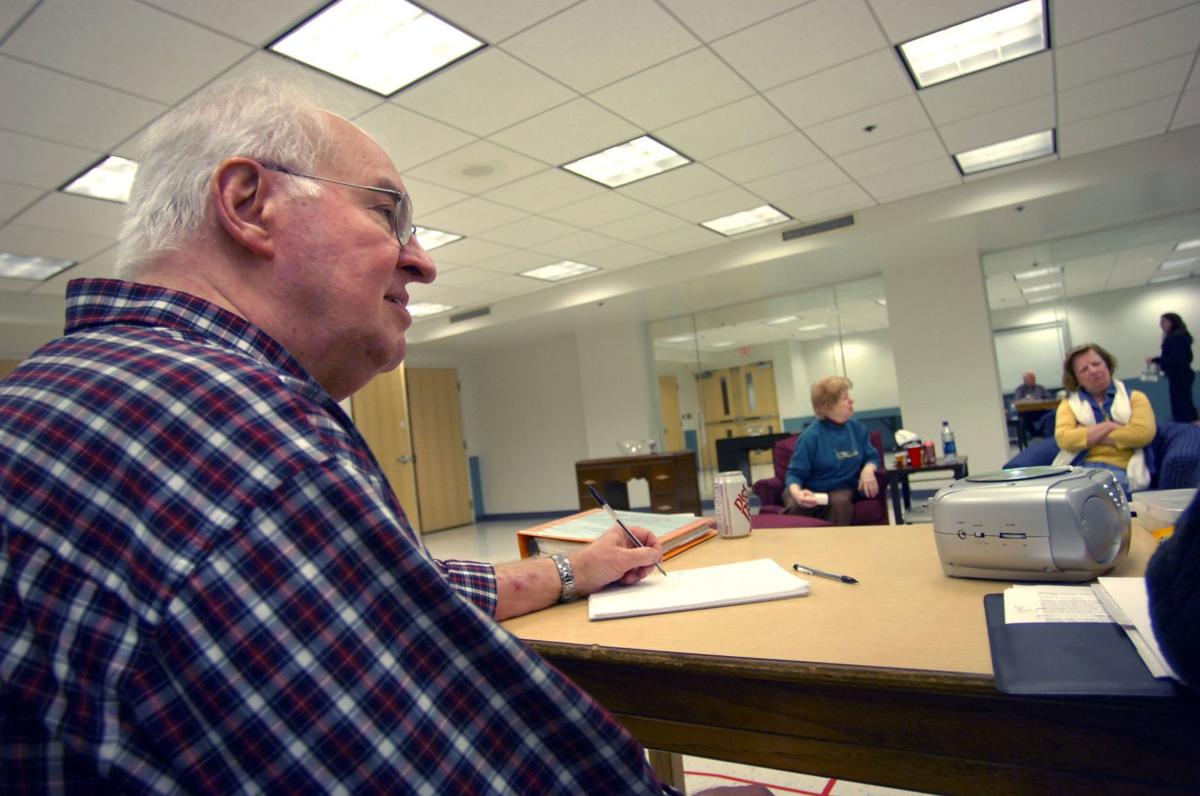 In 2006, Roy Proctor watched actresses performing a run-though of a play while working with the cast during a rehearsal at the Cultural Arts Center at Glen Allen. 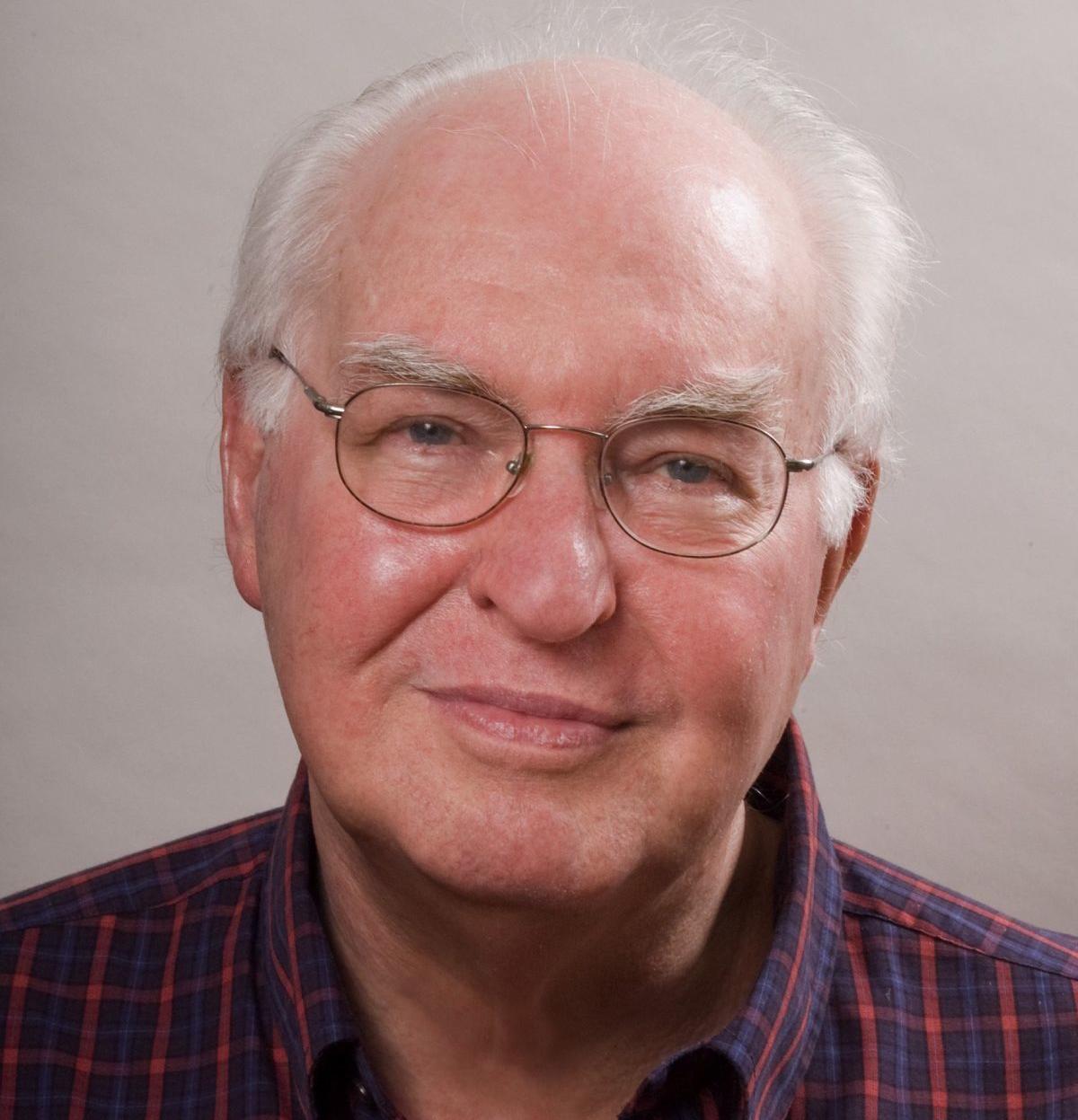 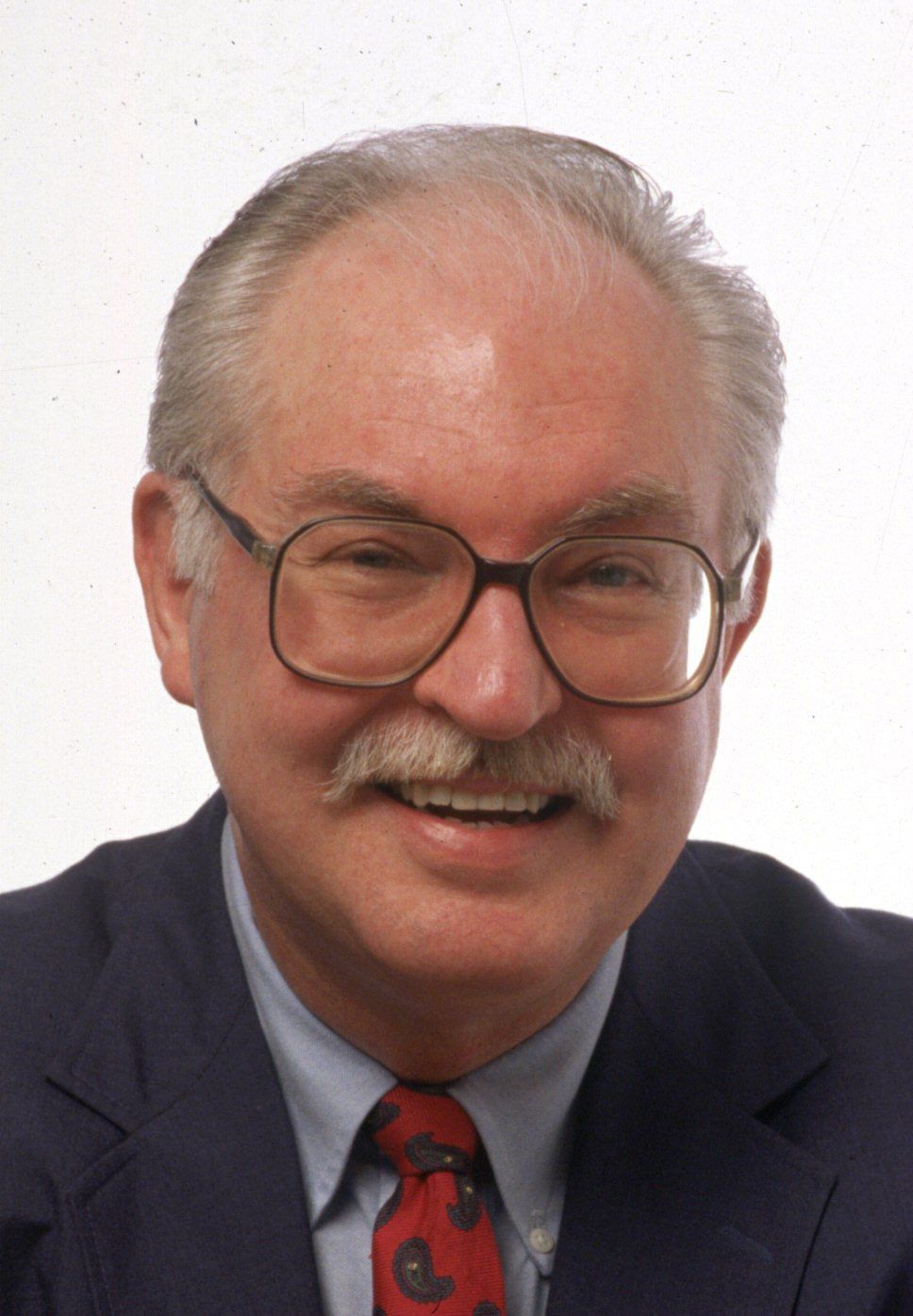 To plant a tree in memory of Longtime Richmond as a living tribute, please visit Tribute Store.
+3
+3
1 of 2

Roy Proctor knows that seeing so many plays over the years has helped fine-tune his sense of what makes a production work.

In 2006, Roy Proctor watched actresses performing a run-though of a play while working with the cast during a rehearsal at the Cultural Arts Center at Glen Allen.

For a longtime theater and arts critic who wrote countless words, he wasted few of them when pondering his legacy.

“I called the shots as I saw them,” Roy Proctor recalled in a 2018 interview with the Richmond Times-Dispatch. “I always tried to be fair.”

And he lived up to the advice that he offered to new critics trying to establish their voices. He leaned forward and whispered his brief, blunt counsel: “Don’t be a cupcake.”

Mr. Proctor, the ebullient and opinionated arts critic, reporter and columnist whose local newspaper career spanned 30 years, died of natural causes in Richmond on Sunday. He was 80.

Persistent health issues slowed Mr. Proctor in his later years and kept him close to his longtime North Side home, but they never dimmed his energy or his interest in others — and the arts.

Well-known to the Richmond arts community and newspaper readers for covering the gamut of artistic expression — theater, film, visual arts, music, dance and even opera — Mr. Proctor mixed a boyish enthusiasm for stagecraft and drama with no-nonsense gut reactions to theater productions and performances all over town.

Over the course of his newspaper career, which began in 1974 at the Richmond News Leader, Mr. Proctor produced more than 3,500 theater reviews, 2,000-plus movie reviews, countless art reviews and numerous arts-related feature stories. He retired in 2004 from The Times-Dispatch, into which the News Leader had merged in 1992.

At the peak of his productivity, Mr. Proctor was responsible for two regular theater-oriented columns. The popular “Richmond Rialto” offered readers a freewheeling and even gossipy take on the local arts scene’s key events, transitions and cast of characters.

Phil Whiteway, who co-founded the fledgling troupe Theatre IV in 1975 with friend Bruce Miller, still recalls receiving a rave review from Mr. Proctor for his performance as Curly in a 1978 production of “Oklahoma” at now-defunct Haymarket Theatre. Whiteway thinks Mr. Proctor viewed his own high standards as helping the Richmond theater community grow and succeed.

“He was dedicated to this art form and this community for decades,” said Whiteway, who now serves as managing director of Virginia Repertory Theatre, Theatre IV’s thriving descendant. “His comments drove some people crazy, and I’m aware of that, but we all benefited from the ink that he dispersed.”

In recognition of his contributions to Richmond’s arts and theater community, Mr. Proctor was presented with the Richmond Theatre Critics Circle’s Richmond Theatre Legacy Award at the organization’s annual Artsies Award gala in 2018.

Born and raised in Thomasville, N.C., Joseph Roy Proctor Jr. had a love of theater from his childhood days, when he would commandeer his sister and neighborhood children into taking roles in short plays that he would write and then stage in his grandparents’ basement.

“I came out of that theater, and I was just reeling,” Mr. Proctor recalled. “And I said, ‘That family is my family.’ ”

Recognizing the deep effect theater could have on the human experience, Mr. Proctor went on to study fiction writing at the University of Iowa. He took instruction from author Philip Roth and signed up for the same playwriting course that Tennessee Williams had taken at the university 25 years before him.

Mr. Proctor soon married Sarah Franks, a college classmate he had met on a blind date two months after arriving at the university. He then spent several years back in North Carolina attempting to write fiction and contributing to several local newspapers.

After their daughter, Anna, was born, the Proctors moved to Madrid, Spain, where Mr. Proctor continued his attempts to write a novel. The family returned to the U.S. after three years, along with a new son, Joe.

“I knew I was not going to be the next Hemingway, but I did see at least 150 bullfights,” Mr. Proctor said of his time in Spain.

The young father began work as an editor and visual arts columnist for the daily newspaper in Chapel Hill, N.C. His frank, straightforward writing style caught the eye of Jerry Finch, managing editor of The Richmond News Leader, who was looking for a theater, visual arts and movie critic to replace retiring veteran Alton Williams.

Mr. Proctor quickly accepted what he considered a dream job — a transition that was immediately turned upside down by the death of his wife in an airplane crash on Dec. 1, 1974, just as the family was relocating to Richmond.

Mr. Proctor quickly summoned the strength to soldier on, employing a series of live-in housekeepers over the years to stabilize his busy household.

“He would go to plays, and then he’d have to go back to the office and bang out a review for the next morning, and then he’d come home at 3 and sleep really late,” recalled Anna Proctor, who lives in Washington. “As a single dad with two kids, he was living a really nocturnal life.”

Soon, however, Mr. Proctor’s children began joining their father out on the town, attending plays and musicals at nearly every Richmond theater operating at that time.

“I grew up sleeping on the aisle,” recalled Joe Proctor, who lives in London. “There was a joke among the actors that if you look out on the aisle — because they always knew where Dad sat — and you see Proctor’s son and he’s asleep, then you’re ‘in for it’ in the review the next morning!”

Though regarded throughout the newsroom as a garrulous, good-natured presence with Southern charm, Mr. Proctor was also known as a consummate professional who took his work seriously. His assessment of local actors, directors and producers sometimes felt to them less like elegant pricking than like a good, old-fashioned kick in the backside.

“He told things as he saw them, and that was one of his great virtues,” said Marggie Graves, a retired Richmond Times-Dispatch staff member who regularly edited Mr. Proctor’s work. “He was totally honest, and I think people in the theater community, even when they got skewered by him, respected his opinion.”

Only two years after arriving in Richmond, Mr. Proctor began publishing the “Phoebe List,” an annual assessment to honor his favorite local shows, actors and supporting players. The list was modeled after the categories of the annual Tony Awards and was named for the Proctor family’s excitable black poodle. The awards continued to be published every year until he retired.

Those who shared Mr. Proctor’s longevity in the Richmond arts universe continue to recognize his commitment to the scene.

“He was a piece of work, no doubt about it,” said Theatre IV co-founder Miller, who is now executive director of the Chesterfield Cultural Arts Foundation’s Baxter Perkinson Center for the Arts. “But he held us to a high standard, and he was unrelenting in that, and we need to thank him for it.”

Mr. Proctor embarked on a successful second career after retiring from The Times-Dispatch, directing 11 plays in the first four years of retirement. He also returned to the playwriting joy of his youth by penning more than 100 short plays, based mostly on short stories in the public domain and varying in length from one minute to one hour. His plays have been produced in 23 states and 10 countries on four continents.

In addition to his daughter and son and their spouses, Mr. Proctor’s survivors include two grandchildren and his sister, Evelyn Proctor Waddell of Thomasville, N.C.

Arrangements are being made for Mr. Proctor’s burial alongside his father, Joseph Roy Proctor Sr., in Thomasville City Cemetery in his native North Carolina. The family intends to host an event in Richmond to celebrate Mr. Proctor’s life after pandemic-related constraints have eased.

Mr. Proctor asked that memorial contributions be directed to the Richmond Triangle Players, which produces works relevant to the LGBTQ+ experience.

To plant a tree in memory of Longtime Richmond as a living tribute, please visit Tribute Store.
+3
Plant a tree
+3

I enjoyed his company many nights at the Carpenter Center. Whether it was a Broadway show or “Madea” type shows, he’d always try to find a positive note even if it was a stinker. A life well lived. Condolences to Anna and Joe.