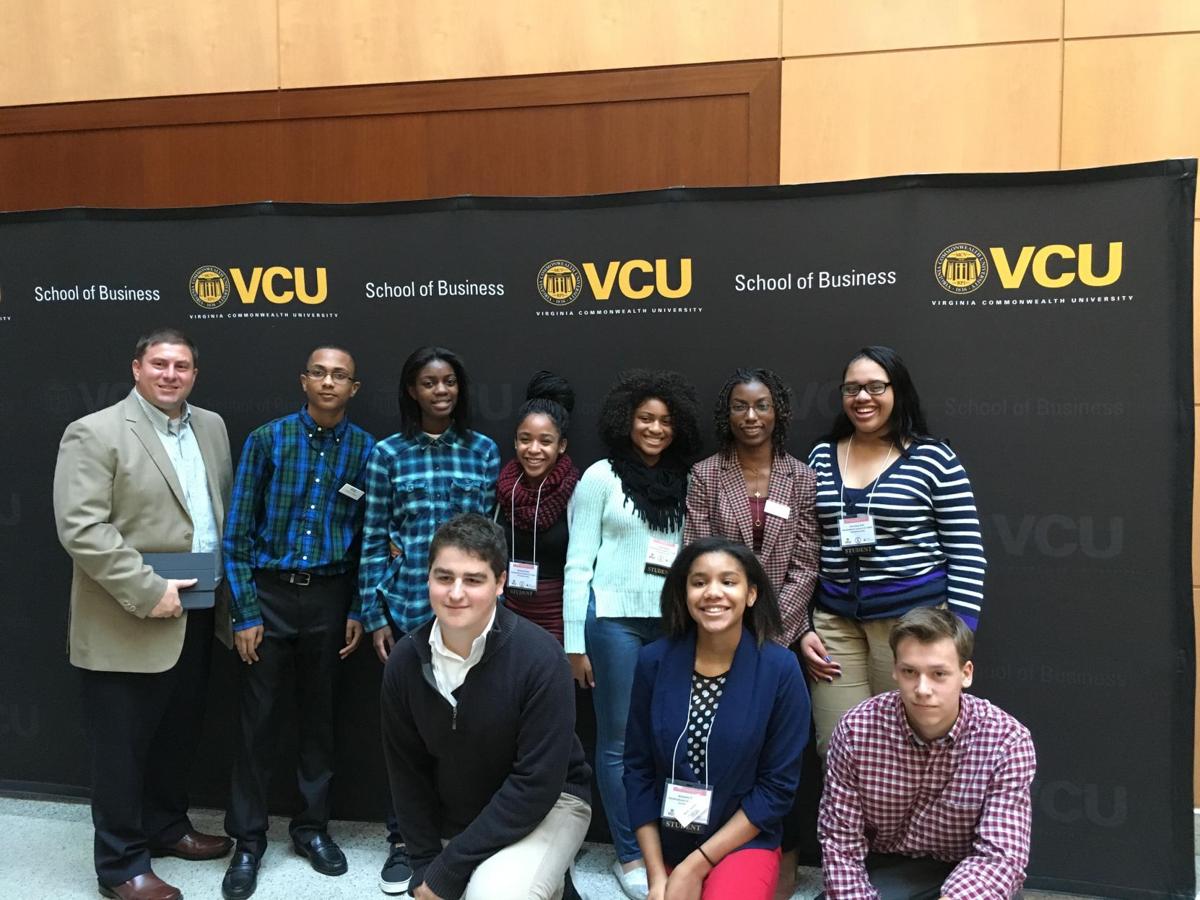 Sophomores from Meadowbrook High School in Chesterfield County who competed in a weekend-long entrepreneurship boot camp at VCU’s School of Business stand with Superintendent James Lane. 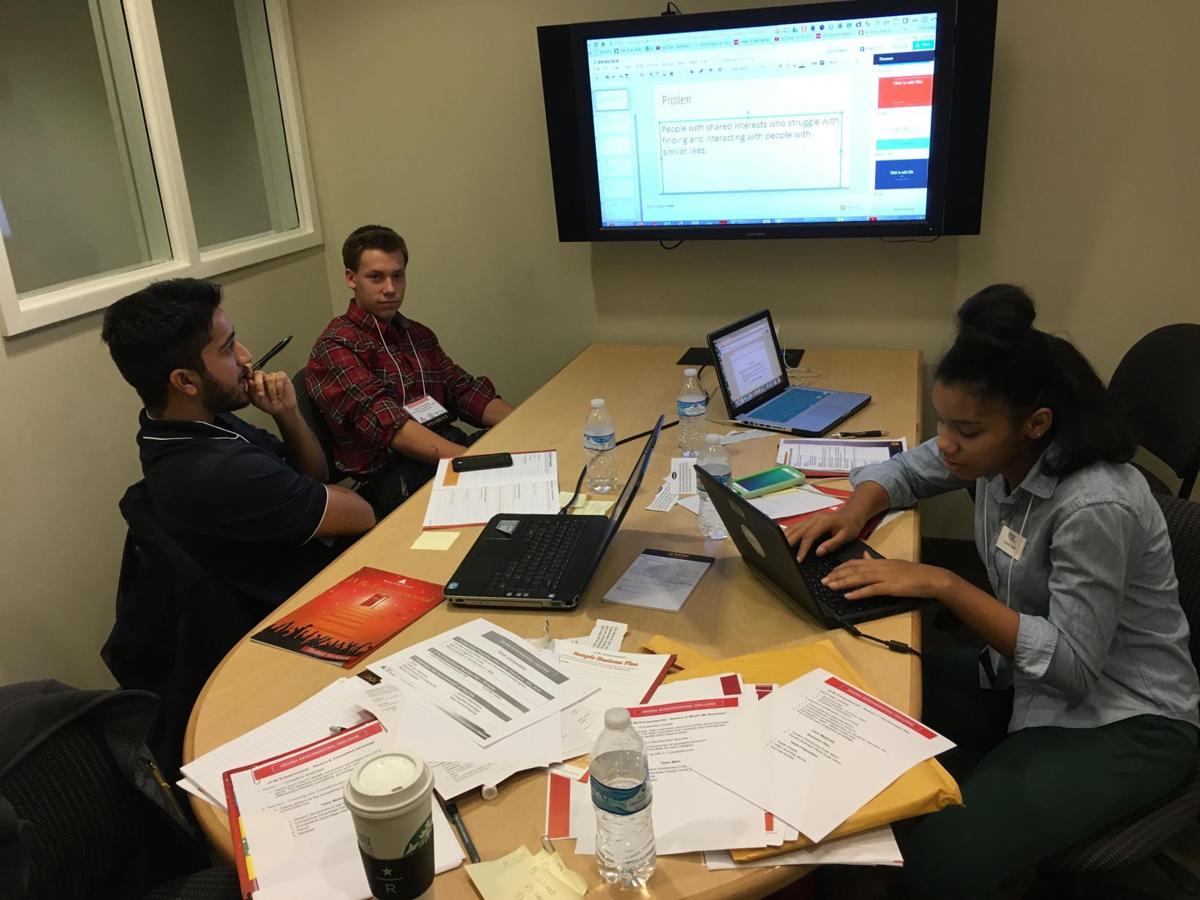 The two teams of five Meadowbrook sophomores were the youngest in a program aimed at juniors and seniors.

Sophomores from Meadowbrook High School in Chesterfield County who competed in a weekend-long entrepreneurship boot camp at VCU’s School of Business stand with Superintendent James Lane.

The two teams of five Meadowbrook sophomores were the youngest in a program aimed at juniors and seniors.

To the only sophomores in the statewide competition, the scene felt like something out of “Shark Tank.”

Like on the reality television show, the lights dimmed and the spotlight shone on the Meadowbrook High School sophomores from Chesterfield County as they pitched their business ideas to local entrepreneurs and in front of an auditorium full of juniors and seniors from across the state.

“Everyone was looking at you.”

In the audience, their teacher, Joseph Farrell, muttered words from his students’ presentations under his breath.

It was the culminating moment of a weekend-long entrepreneurship boot camp at Virginia Commonwealth University’s School of Business, a competition designed for high school juniors and seniors.

The two teams of five sophomores from Meadowbrook’s new specialty school, the Academy for Digital Entrepreneurship, had pitched ideas in the classroom, but never in this “Shark Tank” environment, they said.

It was Farrell’s connections and eagerness to expose his students to a real-life pitching scenario that helped the sophomores get into the competition.

Autumn’s team wanted to create a rental system for available classroom space after noticing a lack of such space in their own school.

The idea, 16-year-old Max Hohenwarter said, came after his father had trouble submitting claims to insurance companies after their house flooded.

The students then faced tough, “rapid-fire” questions from local business leaders, they said. How would they mitigate risk? Why hadn’t other insurance companies done this before? Some of the questions they couldn’t answer.

They didn’t come home with a trophy, but Farrell feels his students returned with something much more valuable.

“It’s lit a fire under them,” he said, adding that as a bonus they were also able to network during the competition.

The students are still trying to decide which of the other teams’ ideas are their favorite.

And they are eager to refine their own proposals and return to the competition next year.

“I wish they would open this up to all grade levels,” Jacayla Richardson, 15, said. “It sets the bar higher for us.”

Meadowbrook’s specialty school, which Farrell said opened two years ago, isn’t designed for a student to graduate with a fully functioning startup business, he said, though that would be great. But he does want to cultivate the kind of problem-solving, critical thinking, and resiliency skills in his students that are necessary to take a startup idea and make it a reality.

Many of his students are already working on an idea of their own, he said.

And this competition, however like “Shark Tank”it was, he added, gets them one step closer to that.