Virginia State Police found a legal “incendiary device,” a gas mask and wooden shields in an SUV driven by a Chesapeake man during a traffic stop on Arthur Ashe Boulevard in Richmond on Sunday morning.

Police said a 22 year-old-male from Chesapeake was cited with reckless driving.

Earlier Sunday morning, state police had said the man was also charged with one felony count of “manufacture, possession, use, etc., of fire bombs or explosive materials or devices,” but corrected that information nearly two hours later.

“After further examination by a State Police bomb technician, the canister was confirmed to be a legal munition,” the corrected news release said.

“The explosives charge has not been placed and this remains an active investigation,” a Virginia State Police spokesperson said in the corrected release sent at 2:20 a.m. Sunday.

No additional information was available from police as of Sunday evening.

State police said troopers pulled over a Toyota RAV4 that was heading the wrong way on Arthur Ashe Boulevard near The Diamond at 9:30 p.m. Saturday. The driver attempted to flee and struggled with troopers but was taken into custody without further incident.

Police said an incendiary device was in the man’s possession.

Troopers also found a handsaw, wooden shields, a gas mask and a shovel fashioned into a spear in the man’s possession.

So unlike the three gun nuts that were KNOWN to be heading to VA to start a shooting war in downtown Richmond by firing in other gun nuts.... there is no known evidence of any intent here.

Share yours first, Rickie." because as is usually the case he throws something against the wall hoping it would stick.

As is ACTUALLY usually the case, Rickie likes to make up facts favorable to his points when there are no actual facts available.

Yeah.... Rickie got nothing.

If he attempted to flee why wasn't he charged with eluding or resisting arrest?

Just another 'peaceful protester' going downtown to patriotically express his 1A free speech. How wonderful!

One of sidewalk Bob's buddies!

Share your thoughts as to where this person may have been heading Drake please.

You will always be a slave to your ignorance

You will always be a slave to Rump.

Drake, GARBAGE, you present no facts to justify your baseless claims when commenting, yet you would attack others who make claims that DO have a basis in fact, and that basis are the ongoing riots in Richmond........Drake, #Buffoon.

I present no facts in this case because there was no motive or intent disclosed, Fake News Fred. Unlike Hal who makes stuff up to suit his agenda.

Thank goodness another mainstream Democrat voter is off the streets.

What is the matter with you?

Good work by law enforcement to prevent this person from using the explosives. I wonder if he planned to set fire to a small business, throw the explosive device at the police, endanger peaceful protesters and innocent citizens or burn and behead a random statue? 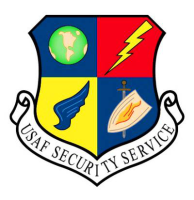 Oh, I bet all of it. Or maybe he was going to set off this fireworks display by the lake on the 4th of July.