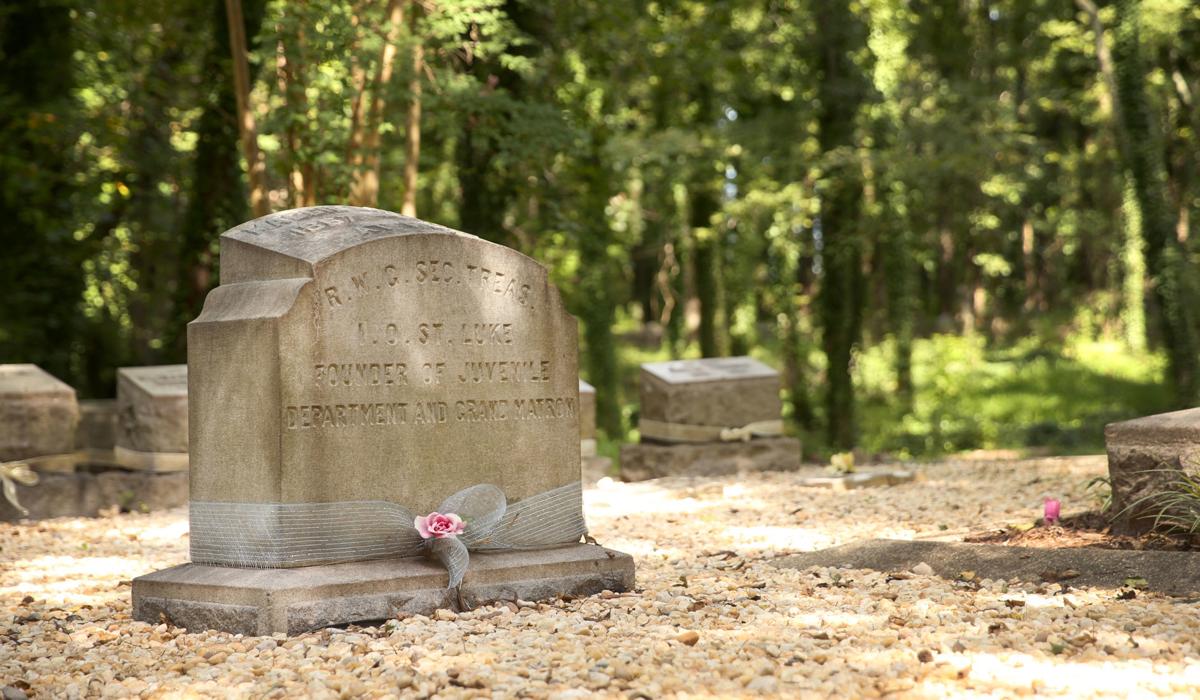 Maggie L. Walker, the first African-American woman to start a bank and a prominent Richmond leader, is buried at Evergreen Cemetery. 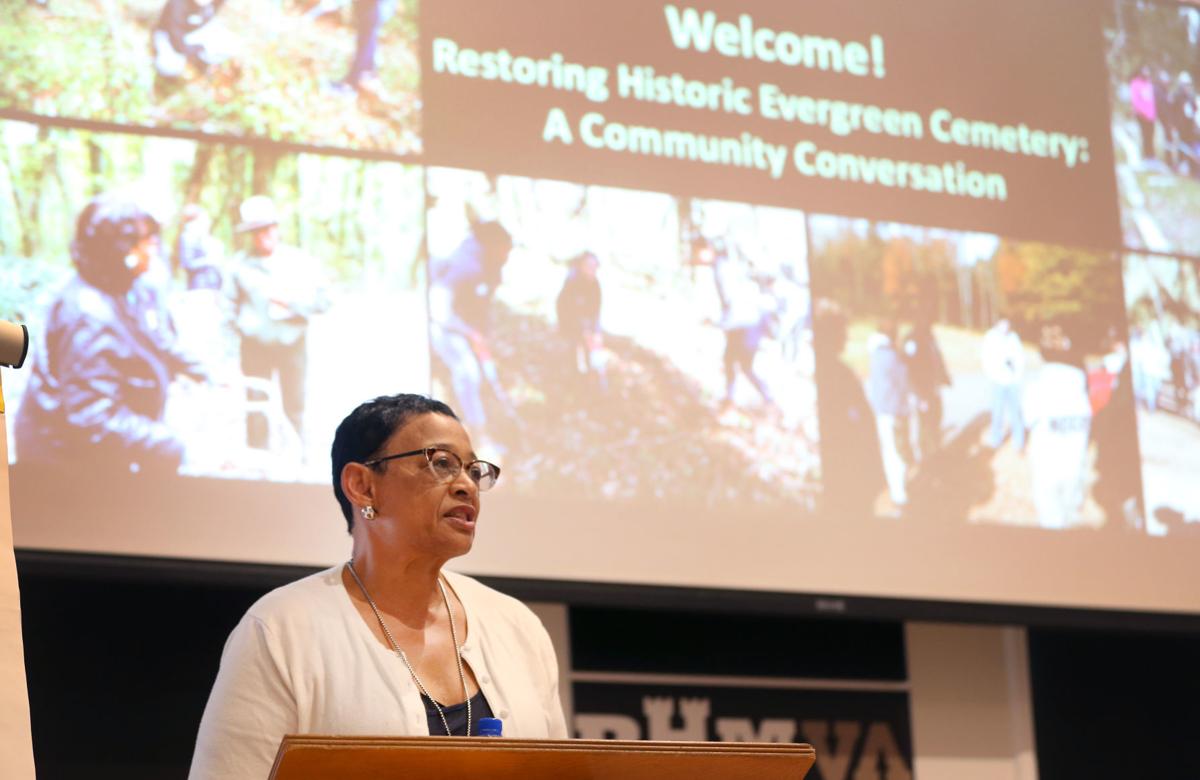 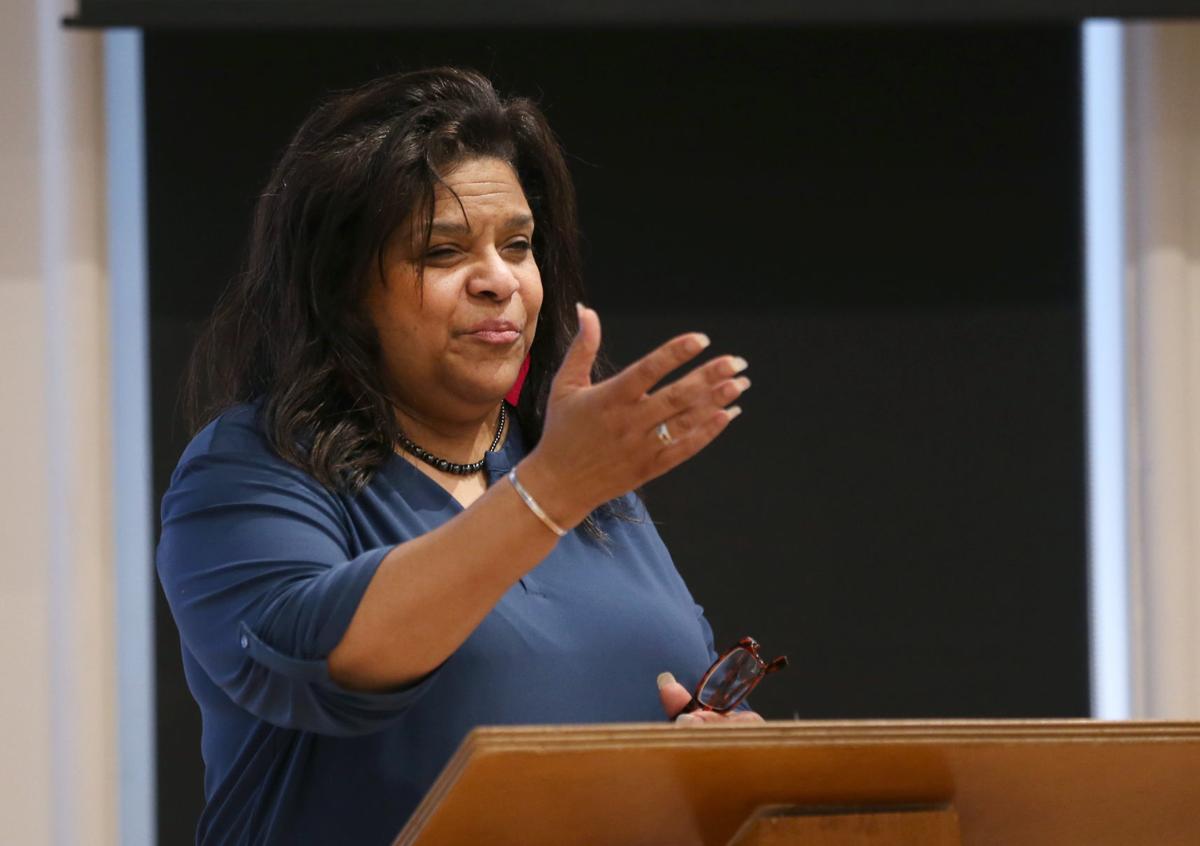 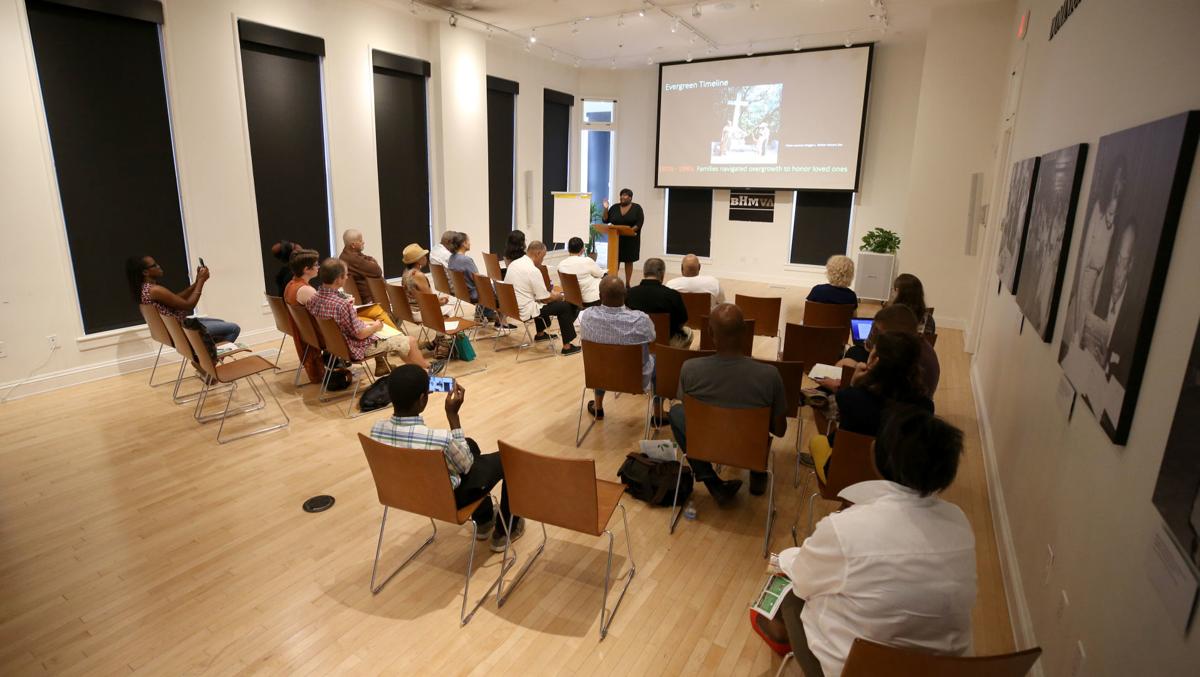 The first of nine meetings in October to discuss the restoration of Evergreen Cemetery at the Black History Museum on Saturday Oct. 6, 2018. 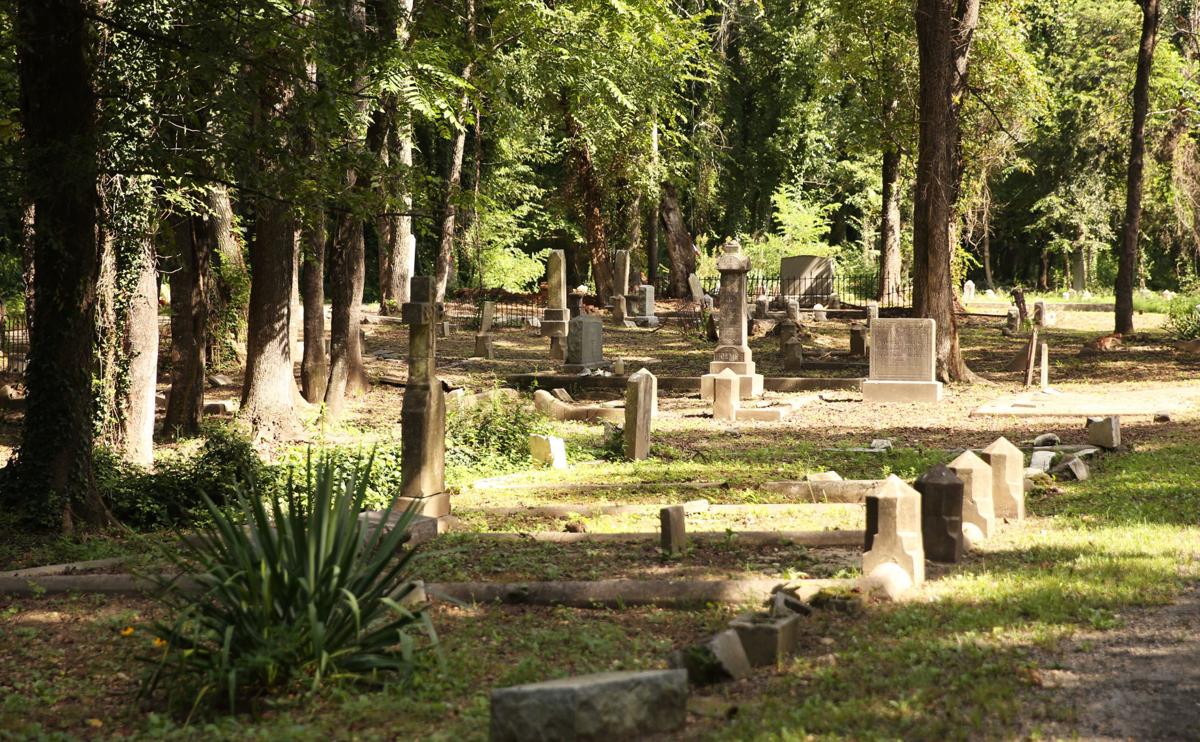 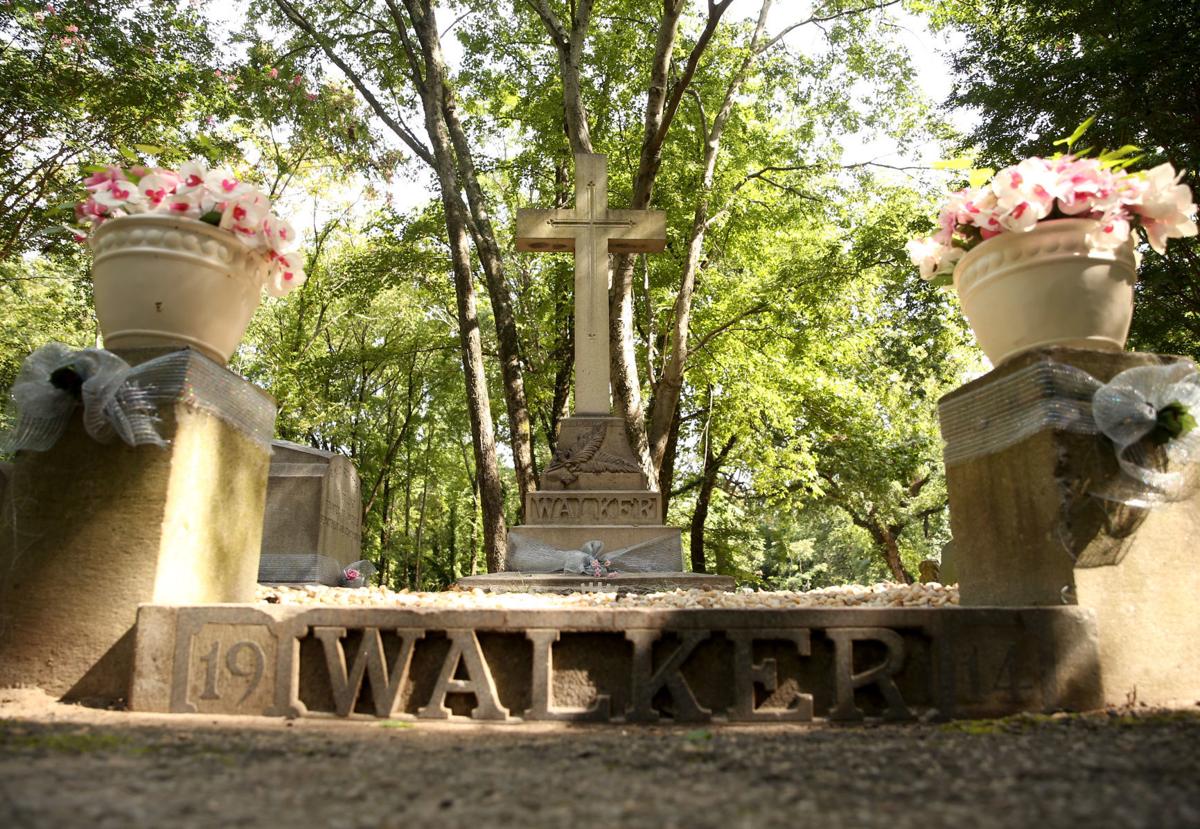 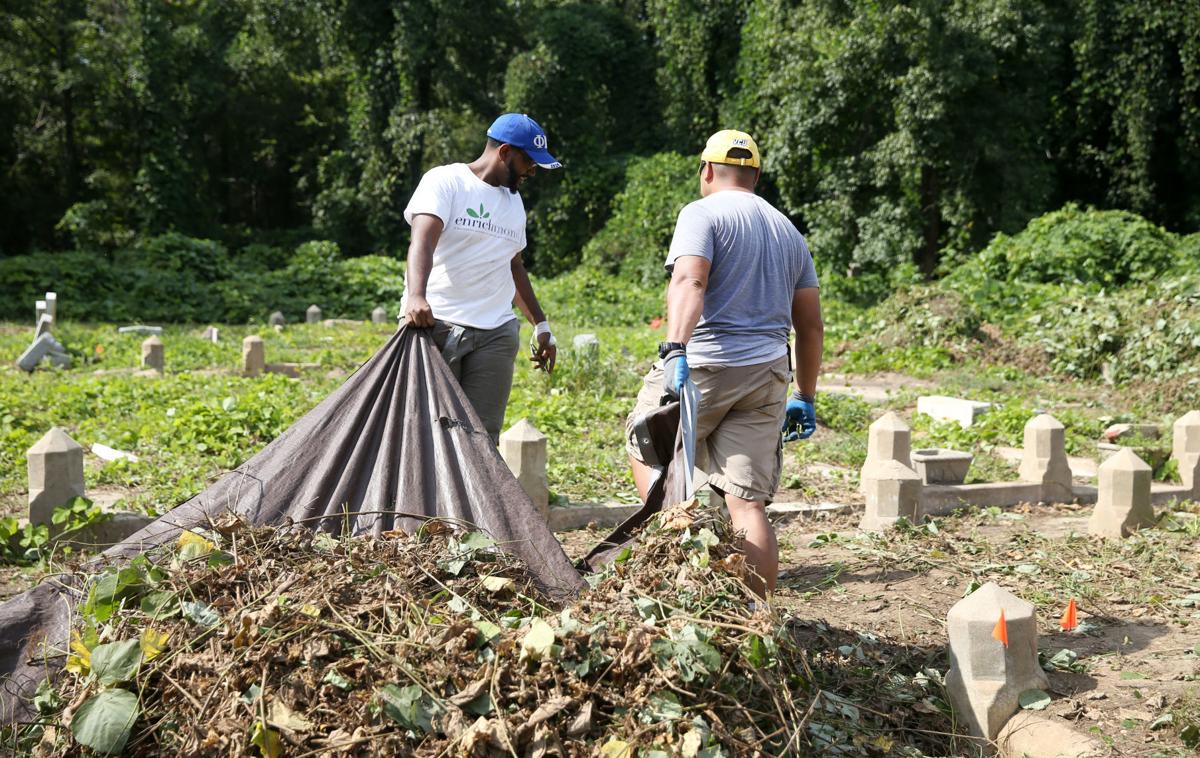 Maggie L. Walker, the first African-American woman to start a bank and a prominent Richmond leader, is buried at Evergreen Cemetery.

The first of nine meetings in October to discuss the restoration of Evergreen Cemetery at the Black History Museum on Saturday Oct. 6, 2018.

Viola Baskerville spoke Saturday during the first of nine public meetings to discuss the restoration of Evergreen Cemetery in Richmond. The 60-acre cemetery was established in 1891 and has fallen into disrepair.

The first time Veronica Davis was invited to a wreath-laying ceremony at Maggie L. Walker’s grave, she dressed to the nines.

Davis bought a new outfit and had her hair done. She expected that Walker, the first African-American woman to start a bank and a prominent leader in Richmond’s history, would be laid to rest in a distinguished place, much like Hollywood Cemetery, where Confederate generals were remembered with grand monuments and pristine lawns.

But when she stepped out of the Bentley that a community member had loaned for the occasion, she could hardly hide her disgust. It was if they had driven out into the woods. Vines and overgrown brush strangled the pathways and all but hid Walker’s monument from view.

Davis recounted her first experience several years earlier with one of Richmond’s neglected African-American historic sites, Evergreen Cemetery, at a public forum held at the Black History Museum and Cultural Center of Virginia on Saturday.

The forum, which attracted about 20 people, was the first of nine public meetings held by The Enrichmond Foundation — a nonprofit dedicated to improving public, outdoor spaces in Richmond — to gather public input for its massive project to restore Evergreen Cemetery.

The 60-acre cemetery was established in 1891 by members of the African-American community wishing to create a sacred, final resting place for their people in a time when prejudice kept them from being buried alongside white Virginians.

More than a century later, 10,000 people had been buried in Evergreen. But since the founders had not established a provision for continuing maintenance for the cemetery, it was sold in the 1970s. Over the following decades, nature reclaimed much of the heavily wooded cemetery.

In 1999, new efforts to clean up and restore Evergreen, driven by descendants of the deceased and community volunteers, made parts of the cemetery more accessible, but much remained to be done.

Then, in 2017, new laws passed by the Virginia General Assembly designated funding to identify and preserve historic African-American sites, including nearly $35,000 a year for the upkeep of Evergreen and East End Cemetery, another African-American graveyard in Henrico County.

That same year, the Enrichmond Foundation purchased the Evergreen property and a formal process to plan for the full restoration of the cemetery began. Part of that process will include gathering input from descendants and community members before a master restoration plan is finalized in 2019. The project will likely cost millions of dollars and take at least five years to complete.

At the public forum, attendees were given index cards and asked to write one word they associate with Evergreen Cemetery.

Some wrote, “History.” Another said, “Family.”

Chiles was Jackson’s maternal grandfather. He has a picture of him, dressed in the uniform of the black militiamen. Jackson’s father is buried in Evergreen, too.

“I hope they will clean the place up,” he said.

Every Saturday morning, groups of volunteers come with gardening gloves and equipment and work on cleaning up the overgrowth around the cemetery. Other volunteers, like Nadia Orton, do research and gather information on the people who are buried in Evergreen, many of whom have been forgotten.

Orton estimates there are 6,000 people who were buried between 1900 and 1925 and are unknown. She digs through death certificates, obituaries or any documentation that can help her put together the clues about who those people might have been.

She’s working on assembling a volunteer research team that can help create a database of those buried in Evergreen.

It’s hard work, but she believes every one of their stories is worth discovering.

For more information about the Evergreen Cemetery restoration project, visit enrichmond.org. The next community conversation will take place Tuesday from 6-7:30 p.m. at the Main Richmond Public Library at 101 E. Franklin St. 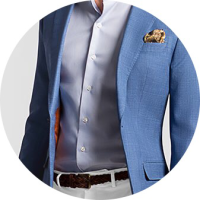 Sounds like a great and noble plan. It does make me wonder, though. Why is Henrico county trying to scrape the 200+ White Oak graves into a mass grave, rather than properly and respectfully maintaining them? ALL graves deserve equal respect, regardless of who lies there, or who remembers them. This is a sacred trust passed from one generation to the next. What kind of people are we when we no longer respect the graves of our predecessors?

Sounds like a worthy project for those who have a task, and the money to tear down Statues and other Confederate stuff to take on with great pride …. even if not with the same amount of enjoyment.

Here is another thought ….. Since services and burials are for the survivors, not the one in the coffin, maybe the upkeep should be at the cost of the loved ones of the dearly departed …..

Many of my ancestors, including my grandmother, granddad, uncles and aunts, a few cousins, as well as some nameless who died at birth, are buried in a plot of land in the middle of corn field owned by my family in Floyd Virginia, and it is always maintained ….. by family, not by those who never knew the dearly departed ever existed, and would not spend the money if they had.

Alright …. it was just a thought …. let “Govment” (taxpayers) pay for it, we is entitiled. Period.